In this week’s travel feature Stuart Green travels the Baltic by sea ending with a visit to Amsterdam.

Many of the Chronicle’s readers have a great deal of cruising experience and they will have lots of their own tales to tell. But, with only a handful of sea-borne holidays behind us, my wife Annie and I have just returned from our first holiday with the Azamara cruise line - a 12 night cruise of the Baltic Sea, ending with a transit of the Kiel Canal and a visit to Amsterdam. 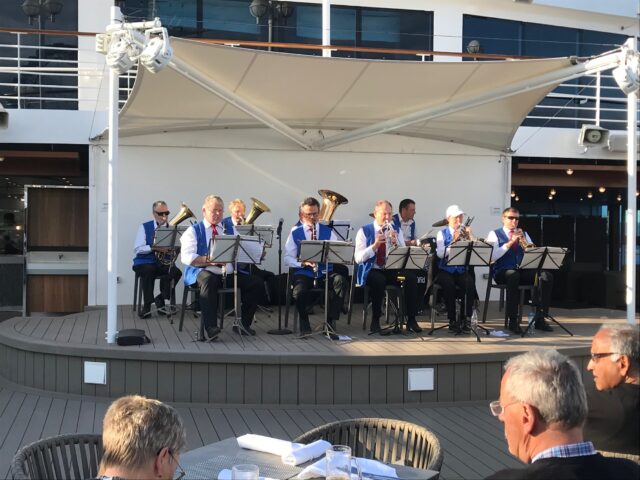 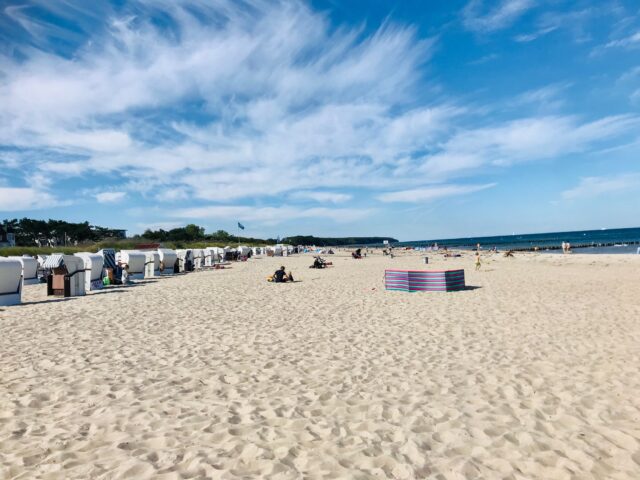 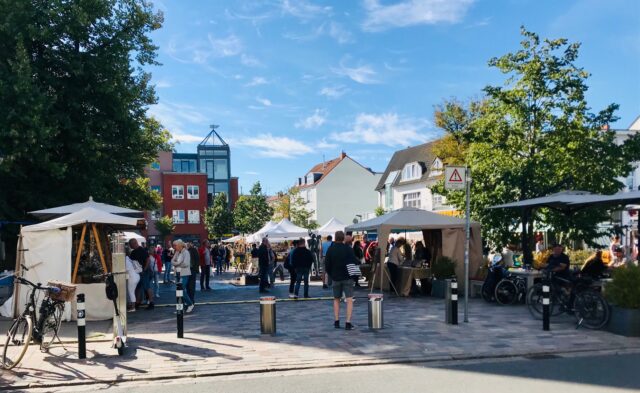 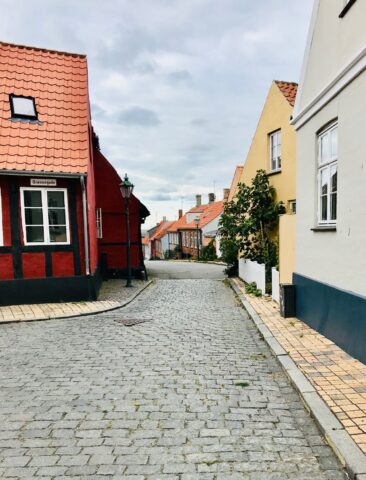 Being so small, the Azamara Pursuit has few amenities, just one theatre which is used for the daytime lectures given by specialist speakers and for the evening’s entertainment programme. On board the Pursuit, there is a small pool, a gym and a spa but no nightclubs, casinos, go-karts, zip-wires, etc.

And there is absolutely nothing to entertain children. However, whilst there were few places to find entertainment, the same could not be said for food and drink. From 7am till midnight, stunningly good food is available somewhere on board - perhaps in the ship’s four restaurants, the large cafe, the coffee shop, and the six bars most of which served the most sumptuous food. Quite simply, the food on board the ship was absolutely superb.

We were spoiled for choice at every mealtime: Where should we eat? What should we choose from the fabulous menus? All my good dietary intentions disappeared as soon as we sat down at each meal as all the menu options seemed irresistible. Whenever we paused for a cup of tea or coffee, we would always be offered the most wonderful tapas or cakes.

The Captain
Born on an island in southern Finland with an apartment in Stockholm, Captain Mikael Palmroos is the ideal man to take the ship around the Baltic.

The son of a businessman in the yachting industry, Mikael learned to sail when he was six years old.

After National Service in the Finnish Navy, he worked in the hotel industry before taking his degree as a Master Mariner. His first cruise ship was the huge Sovereign of the Seas before transferring to the Azamara fleet.

In answer to my questions, Captain Palmroos said:
“The best thing about being the Captain of an Azamara ship is the collaboration between the onboard and shoreside teams in order to deliver the most authentic experience for our guests.”

But wouldn’t he prefer to be on one of the huge cruise ships, like Sovereign of the Seas?
“I have sailed on different sizes of vessels, including some of the largest cruise ships in the world.

My preference, however, is to be on one of the smaller ships so that we can dock at prime locations and deliver the best experience for our guests. In addition, the family atmosphere and close interaction between myself, the crew and our guests is priceless.” 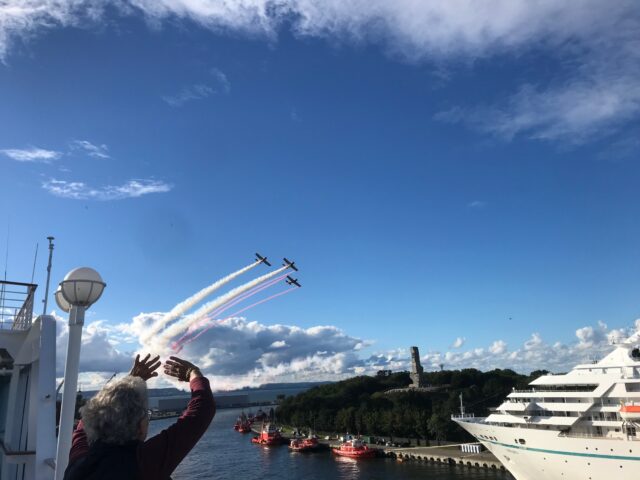 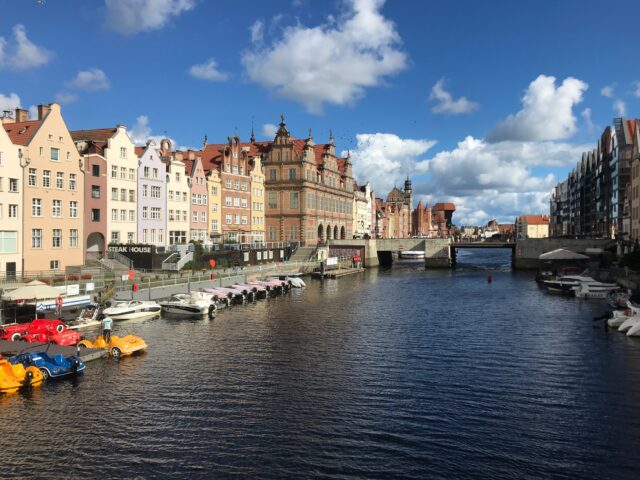 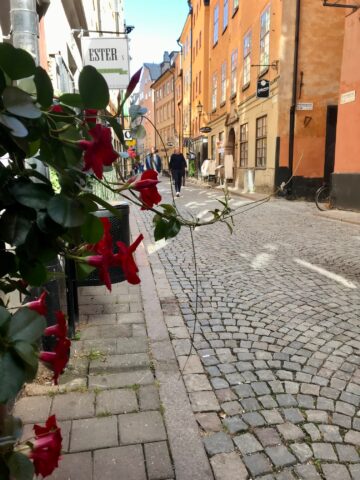 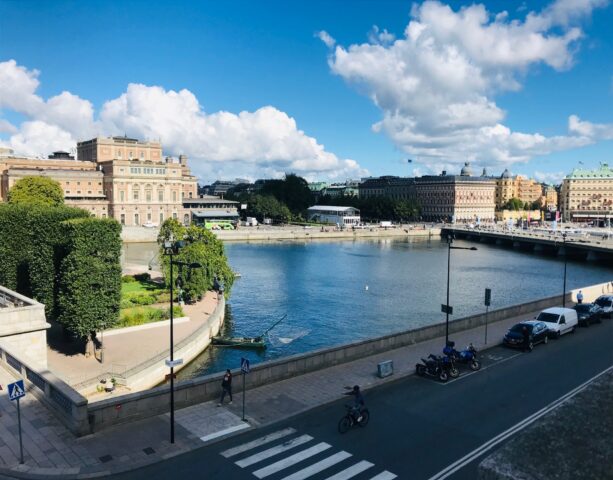 Is the Baltic his favourite part of the world?
“The Scandinavian archipelago will always remain close to my heart and I feel privileged to be sailing as Captain in these waters. That being said, there are quite a few destinations around the world with their own unique beauty such as the stunning clear waters around Fiji and the French Polynesian Islands and the pristine destinations of Seychelles, the Maldives and Saint Barthélemy. But I am happy to sail anywhere.”

The stars of the cruise - the staff
During the cruise, I often wished that we could have been joined by some of Gibraltar’s restaurant owners and managers so they could watch the ship’s excellent staff at work - and learn from it. There is no doubt that the crew were the stars of the cruise.

No matter how often we had dealings with the bar staff, the cabin attendants or the waiters, they greeted us with a huge smile, welcoming us back if we’d been off the ship, wishing us a good day - often remembering our names - and asking if they could assist us in any way. They often seemed to know what we wanted before we knew it ourselves. No matter what they were asked by their multinational, multicultural guests, nothing was ever too much trouble and every request was met with a smile. Quite simply, the standard of service was at least Five Star but probably better.

The Passengers
When fully booked the ship can carry around 700 passengers but on our trip there were just 407 of us and, to care for our every need, there were 400 members of the crew - a ratio of almost exactly 1:1.
About half of the passengers were Americans with most of the remainder from countries throughout Europe. On different evenings we had dinner with Trump supporters from Nashville, Tennessee, with a Brazilian couple who now lived in Italy, a Scottish police officer and his very successful wife and with a Dutch couple who lived a 15 minute taxi ride from our final port-of-call in Amsterdam.

At this stage, I must point out that, whilst there were a few young people on board, their number was matched by some very elderly folk. I would say that the average age of passengers was definitely 60 plus.

The Itinerary
Annie and I had chosen to arrive in Copenhagen a day before the ship sailed and this proved to be a wise choice as we had a lovely time strolling around this liveliest of cities - especially in the area of Nyhaven.

Our first day onboard the Azamara Pursuit was spent at sea as the ship crossed the Baltic before visiting three capital cities in three days - Tallinn (Estonia), Helsinki (Finland) and Stockholm (Sweden). All three were fascinating in their own way but our favourite was Stockholm where the ship was moored for 48 hours so that we could make the most of the city’s history, its Royal Palaces and gardens - and its shops.

After finding our way round the Swedish capital, we then sailed to the small island of Gotland where we had a stroll around the charming walled town of Visby, before, on the following day, September 1, we found ourselves in the port of Gdańsk, our ship moored at exactly the spot where the first shots of WW2 were fired. It gave us a perfect view of a fly past over the monument and of Polish naval vessels marking the 83rd anniversary of the outbreak of the Second World War.

After our day converting the cost of everything from Polish zlotis, we sailed to the smallest town on our itinerary, the town of Ronne on the Danish island of Bornholm where again we were converting from Danish krone. It might have been the smallest port of call, but Ronne had the best Tourist Information Office, the best maps, a small orchestra to welcome us ashore and free WiFi. 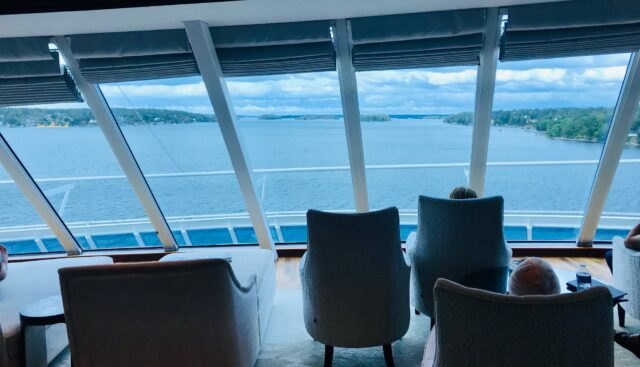 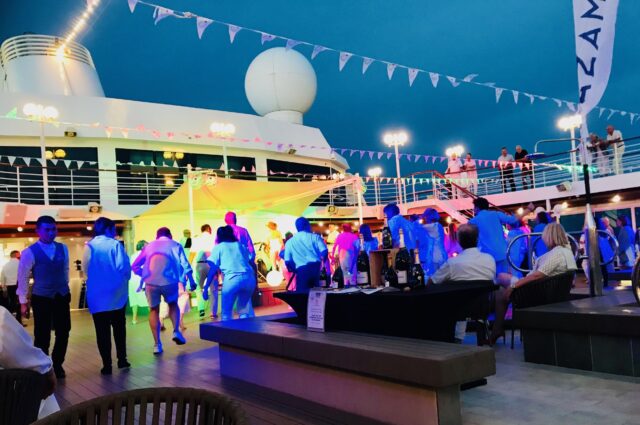 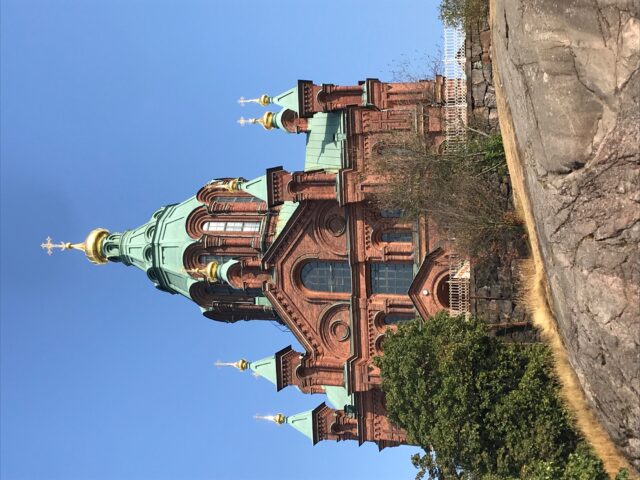 But, of the small ports, the best was a place that, prior to the cruise, I’d never heard of - Warnemunde on the north coast of Germany. This attractive little town was packed with holiday-makers many of whom were wandering around the outdoor pottery market and along one of the longest beaches I’ve ever seen.

After a morning in Warnemunde, we took the train to the nearby university city of Rostock which again was full of Saturday shoppers and tourists. After a long day ashore, we were finally welcomed back on board by a local Oompa Band with lots of German beer and sausages for us to sample.

The cruise ended with a fascinating transit through the Kiel Canal and a visit to Amsterdam where we took a lovely canal cruise through the city.

The Shore Excursions
Whenever we arrived in a new port, there would be a shuttle service of luxury coaches to take us into the city centre. The coaches ran every half hour and, of course, they were available to bring us back to the ship when we’d had enough of the sightseeing or shopping. But, instead of wandering round the city centre, many people would opt for a guided tour, usually by coach, to somewhere of interest. Throughout the cruise there were 42 tours available. Obviously, in some places there would be several options available - in Stockholm there were eight tours, whilst in Gdańsk, there were just three.

If I had a criticism of the cruise, it would be the extortionate prices of many of these excursions. The average price of the 8 alternative tours in Stockholm was 117 Euros per person and in Amsterdam, 115 Euros per person. If Annie and I had taken a typical tour at every port, we would have spent around 2000 Euros on tours. Perhaps we are slightly cost-conscious but, in most places, we did our own research and, armed with a local map, we set off to see the sights on our own, using local transport when necessary.

Conclusion
If you want a floating theme park or a children’s wonder world, then Azamara Pursuit is definitely not for you. If you wish to dress in formal clothes for every meal, then the Azamara’s more relaxed style is not for you. If, however, you wish to eat wonderful food, be served by the most wonderful staff and visit some fascinating places, then I suggest you consider a cruise on Azamara Pursuit. We enjoyed every moment of it.
By the way, there was absolutely no sponsorship from Azamara in the writing of this article. 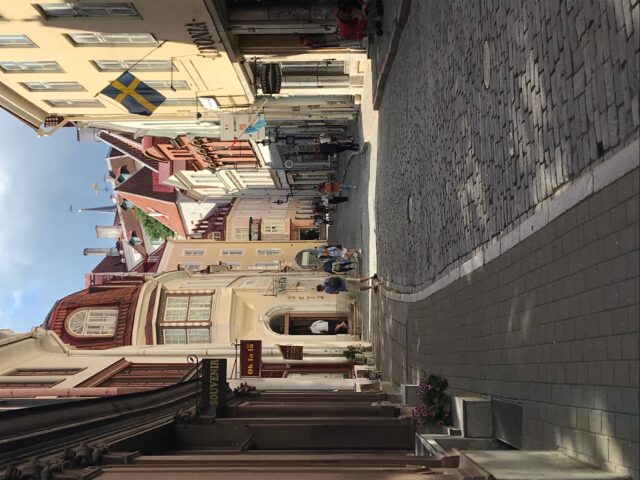 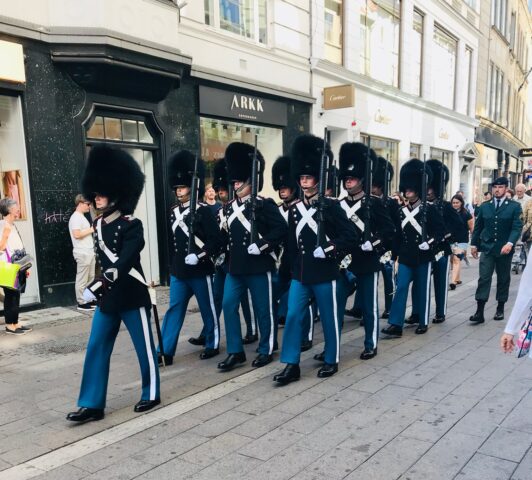 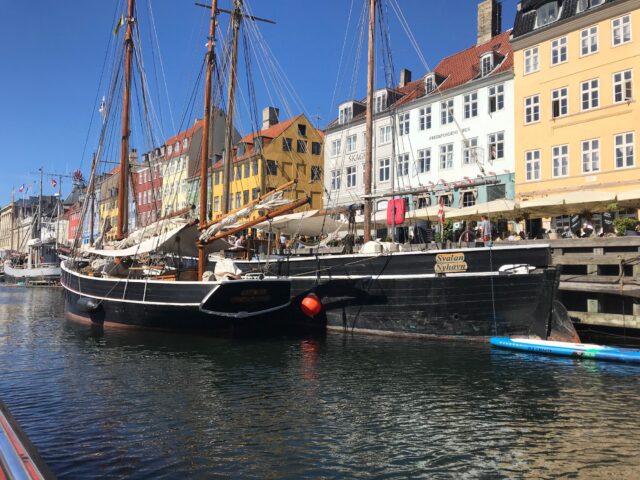 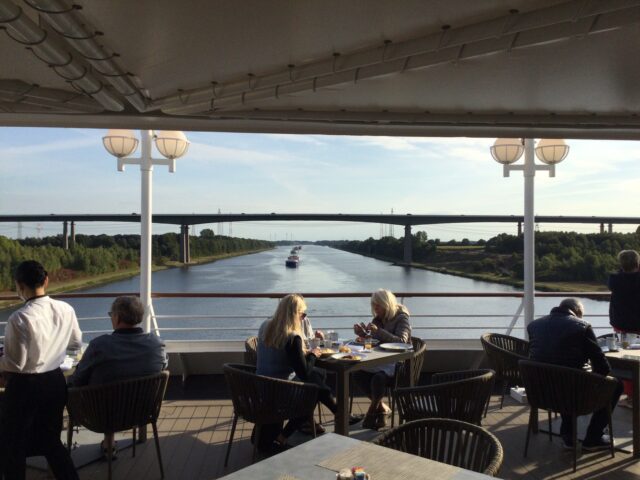 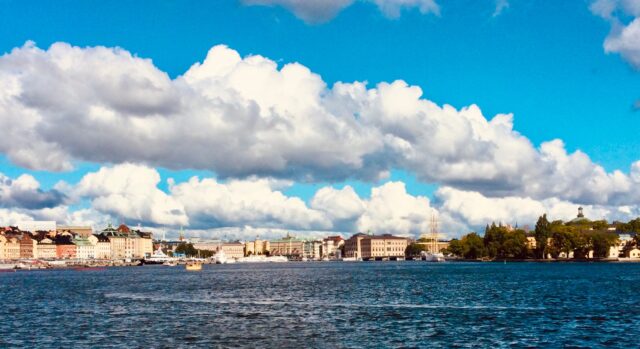 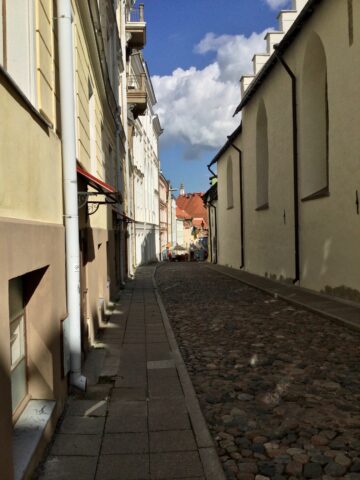 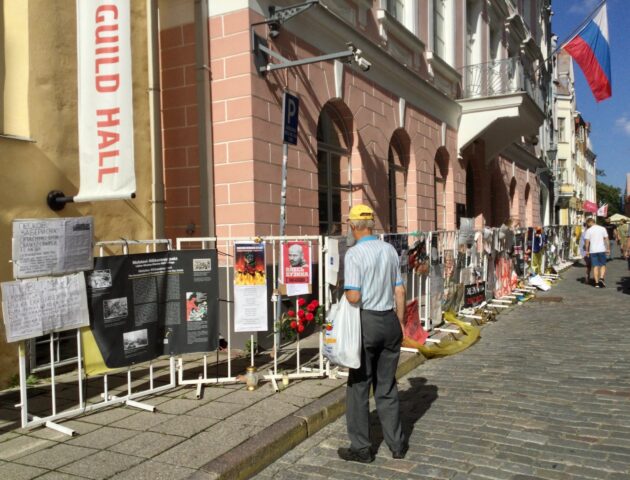