The Youth Arts Jamboree organised by Gibraltar Cultural Services has turned online this year due to the recent Covid-19 lockdown.

Last year, just a month before the pandemic took hold in Gibraltar, the Youth Art Jamboree provided fun activities and workshops in cultural spaces across the Rock.

A year later and the Jamboree has returned, but this time online with the videos hosted on the Culture TV website under the ‘tutorials and workshops’ category.

Four local artists, illustrators, writers and dancers have hosted their workshops on the website. 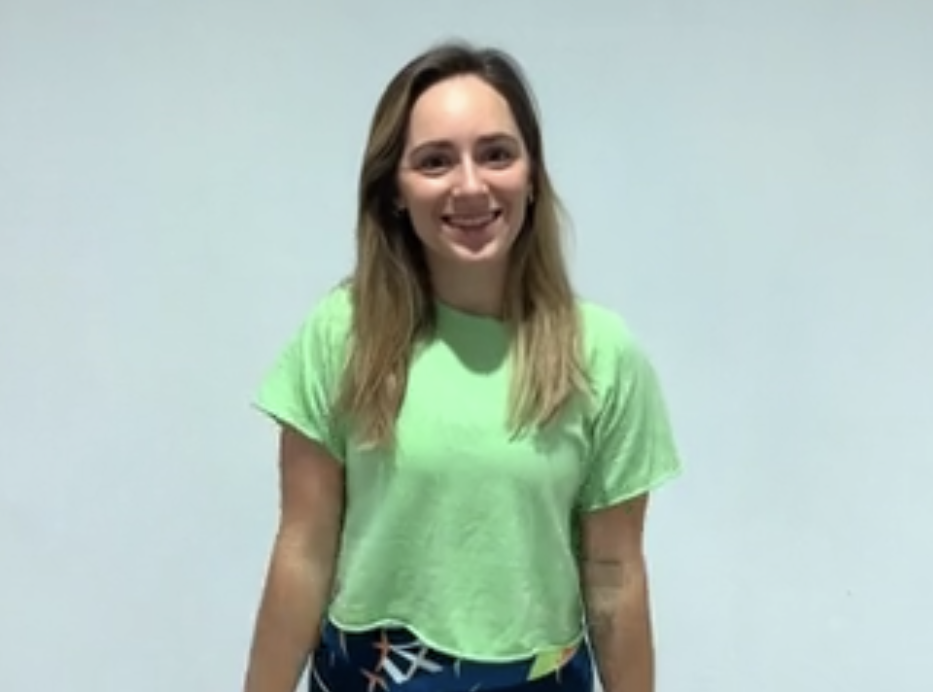 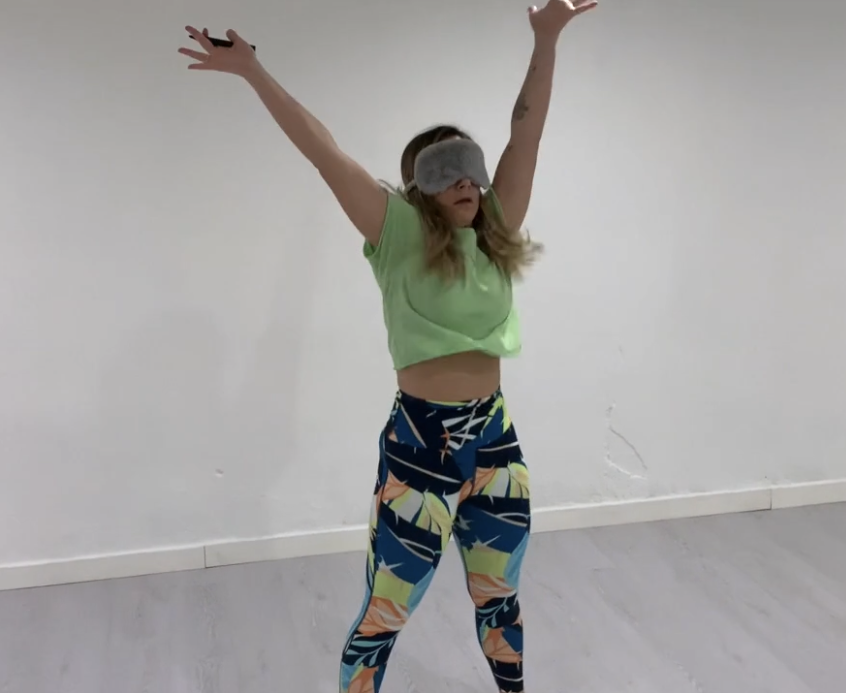 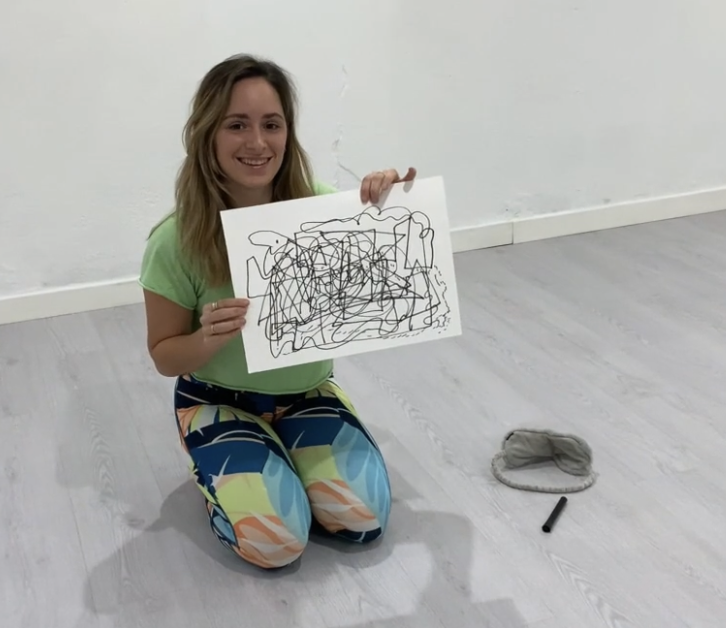 Zoe Bishop, founder of The Movement Collective, takes you on a fun and energetic journey combining dance.

Her video, which is less than eight minutes, challenges the viewer to feel and interpret music using your bodies requiring you to use your imagination to draw this rhythm on paper.

She advises that you need a large piece of paper, she uses and A3, a black marker, pencil or crayon and a blind fold.

“Today we are going to be listening to different sounds, feeling and exploring the rhythm in our bodies and then using our imaginations to transfer this through our pens and onto our papers,” she explains.

There is no right or wrong way to draw rhythm, but she gives some examples such as if you are listening to a sound that is slow and smooth you might want to take your pen on a slow and smooth journey across your paper drawing curved lines.

Or if the sound is sharper or faster you could draw a jagged zig zag journey.

She reminds the viewer they can use lines, dashes or shapes and Ms Bishop wore a blind fold to feel the movement rather than see it.

She asks viewers tp place the piece of paper on the floor and have the marker in your hand, while wearing a blindfold.

She uses different genres of music so that everyone can explore how different tempos and emotions are felt through the tune.

To finish off the drawing she coloured in the various spaces. 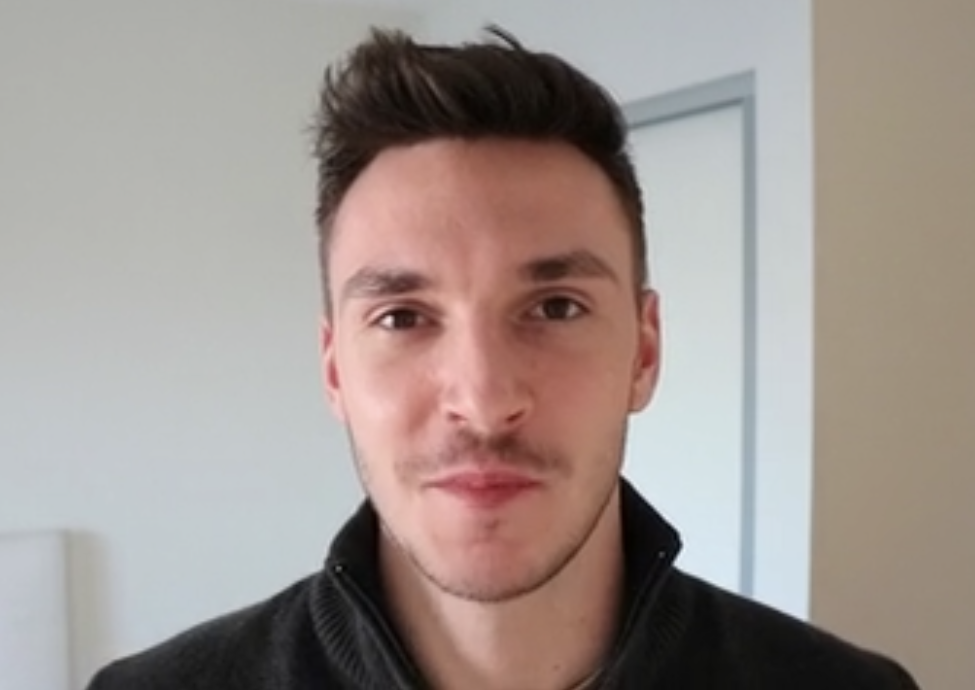 Writer and theatre maker Louis Emmitt-Stern shared tips and ideas on how to write a great opening scene, develop a subtext and explore character motivation.

He took part in the National Theatre Young Playwright’s Programme and is currently writing a new full-length play for Soho Theatre, London.

In his first of three short videos he talks about writing opening scenes. Here he explains how a strong visual image is vital and gives the example of the play ‘It felt empty’ by Lucy Kirkwood and he reads the first few lines of that scene.

He added that it was a great opening scene for two main reasons, she starts with a strong visual image that gets the audience thinking what is going on.

Giving the audience a writing exercise he said to start from an image where something is happening in the photo.

The scale of the action in the photo does not matter and he said the best way to visualise it is to imagine sitting in a theatre the curtain is rising and the image is the first thing the audience sees.

His next video is on writing subtext and he explains that just like in real life people don’t always state or describe how they feel neither would the characters of the writing.

His third video was on writing character motivation.

Mr Emmitt-Stern spoke of American director and screen writer Emily Carmichael who is responsible for films such as Jurassic World and believes that ‘characters should only reveal information for a motivated reason’. 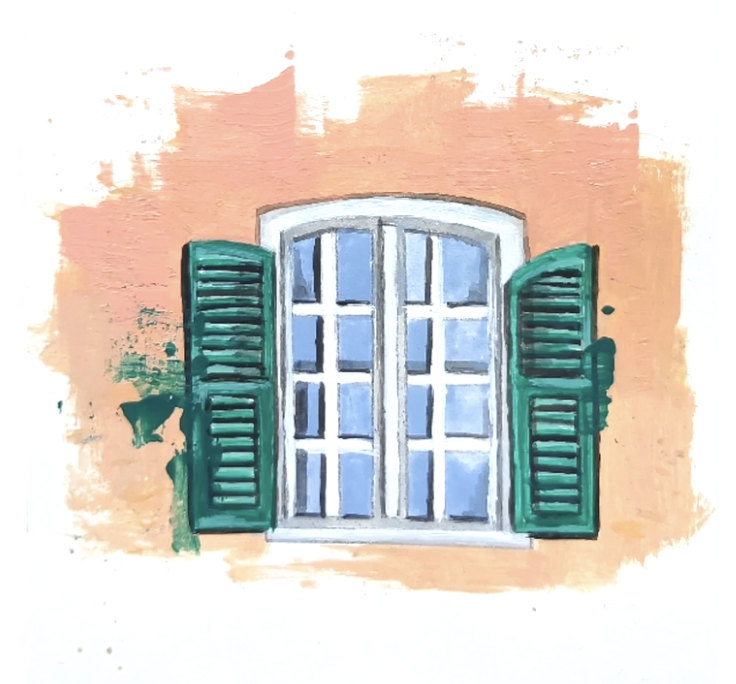 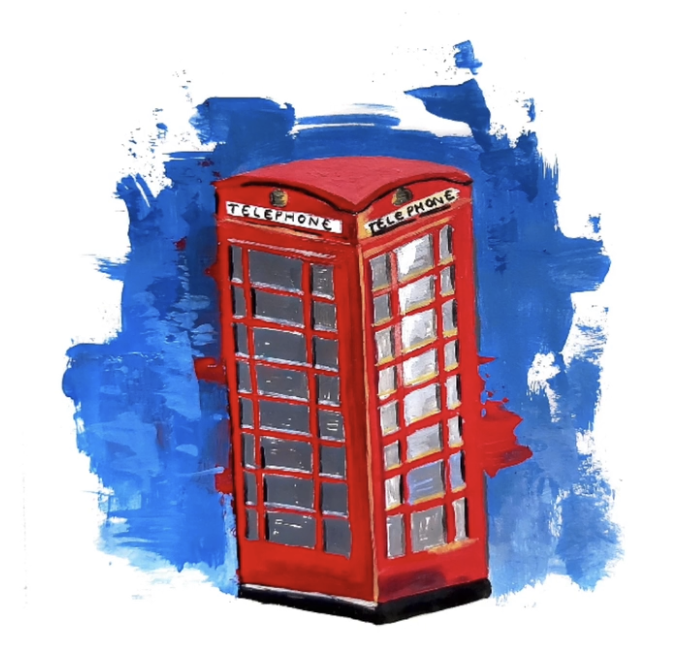 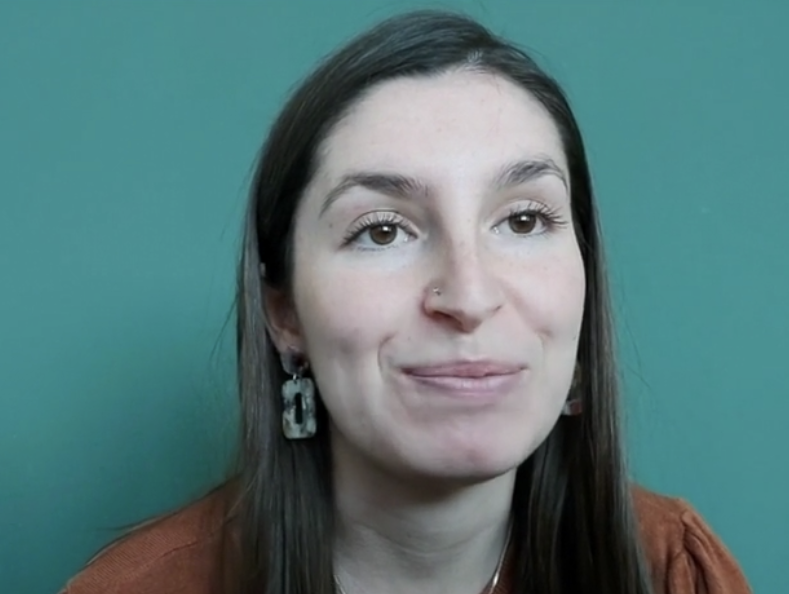 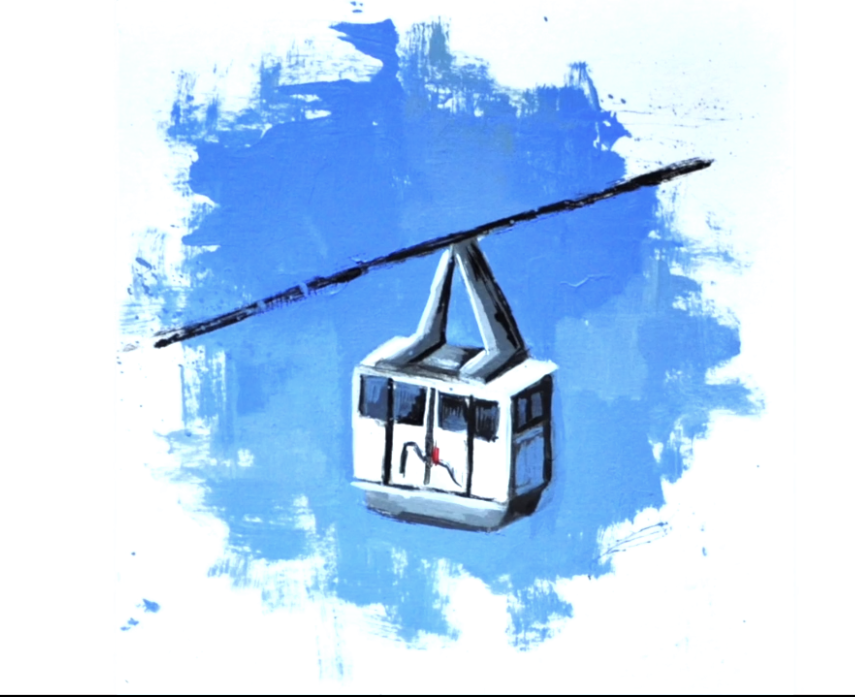 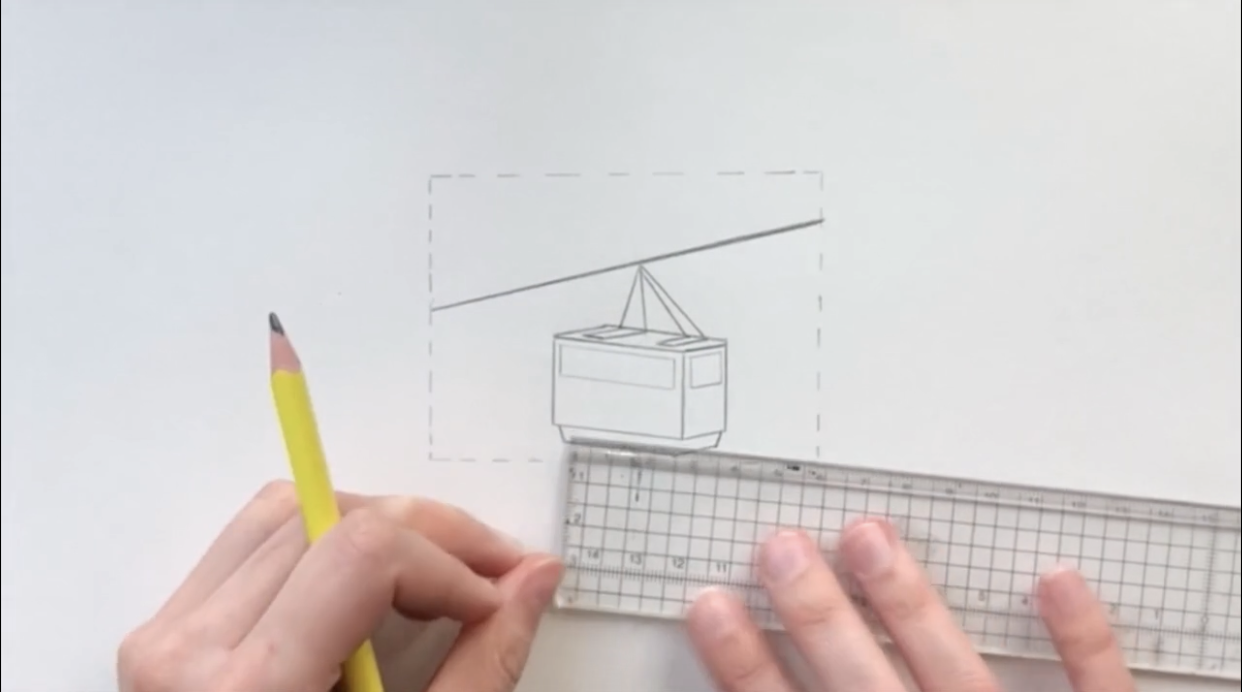 In the tutorial Ms Garcia showed how to draw the iconic British telephone box, a Mediterranean window and the Cable Car.

On her red telephone box she explains the version we have in Gibraltar is the 1926 model but it is unclear as to when they arrived on the Rock.

She starts off with the basic drawing of a rectangle using a ruler with the left side of the rectangle slopping down to the right.

She follows on with more instructions such as drawing another rectangle and semi circles before drawing in the black base of the phone box.

Continuing on she goes through other steps such as drawing in the telephone signs and the finer details like the glass panels for the door and the way that screen is broken up.

As a final touch she suggests you add a splash of colour.

The video is less for four minutes and the public are encouraged to share their creations with Ms Garcia and
Cultural Services via tagging them on Facebook and Instagram.

Her video on how to draw a Mediterranean window is just slightly longer at over four minutes. 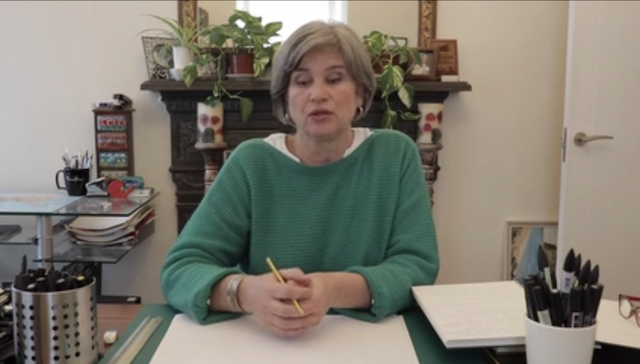 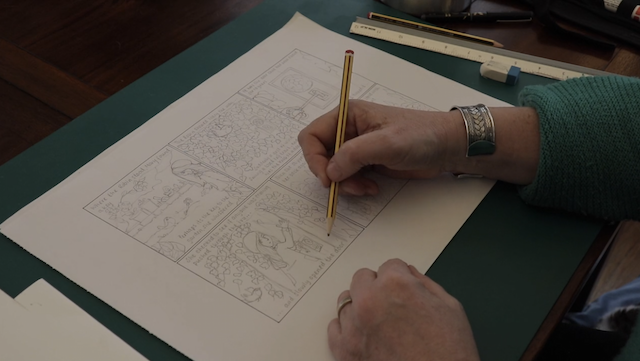 Artist and illustrator Sarah Devincenzi video tutorial was on how to illustrate a children’s book.

The tutorial is based on her favourite childhood read, The Secret Garden.

The video is just over 17 minutes long and she shows the viewer how to make an illustration or a comic strip of their favourite childhood book.

Ms Devincenzi chose her favourite part of the book, where Mary finds a key and is led by Robin who befriends her in the garden to a wall that has a secret door and the door opens into the secret garden.

She breaks story into parts as the idea is to tell the story with the drawings rather than the writing.

Continuation is important she stresses with the character being drawn needing to look the same in every part of the story.

Ms Devincenzi goes over her pencil drawing with black ink and then rubs out the pencil lines.

Using felt tip pens she starts to colour in her drawings.

Ms Devincenzi hopes she has inspired people to illustrate their favourite books.