Royal Gibraltar Regiment’s youth outreach programme provided local teenagers with an insight into life in the Regiment on Monday.

The initiative held at Devils Tower Camp saw teenagers aged between 14 and 17 learn about the different departments within the Regiment such as the Bomb Disposal Unit, much to their fascination. 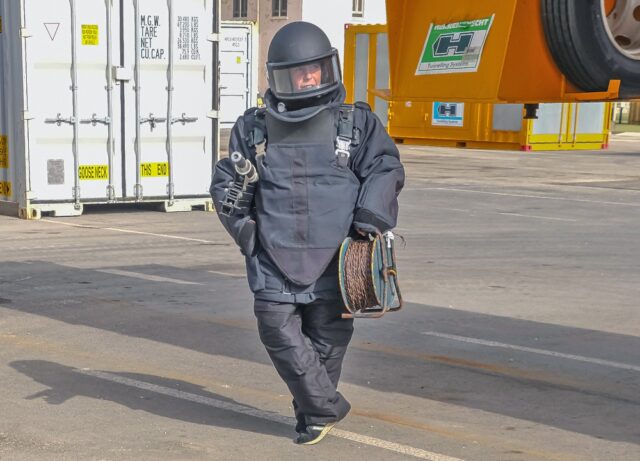 The youngsters also got to see first-hand the variety of weapons that would be used by soldiers, ranging from rifles to secondary weapons. 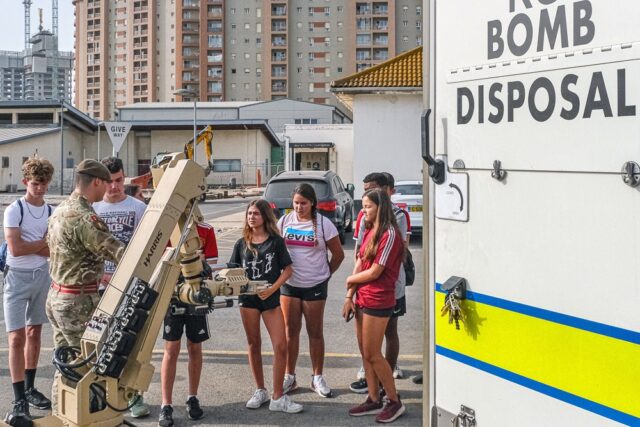 A visit to Royal Navy Gib Squadron followed, where the youngsters were able to learn about what happens in various branches of the military.

On Tuesday, they will take part in hands-on activities such as command tasks, sports and observation posts. 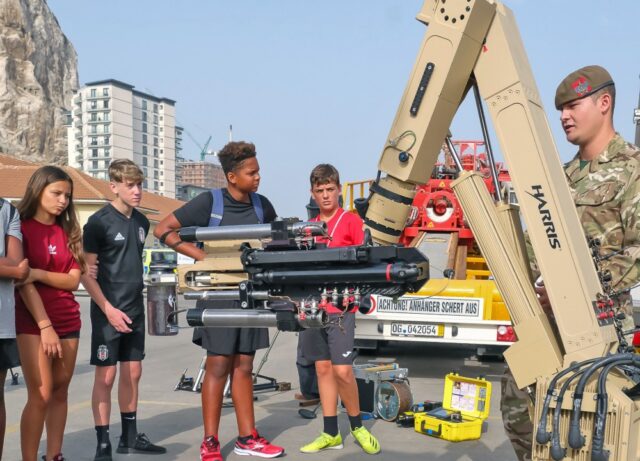 WO2 Sanchez, head of the Regimental Recruiting and Initial Training Team, said the aim of the initiative was to show the youngsters what a job in the Regiment offers.

“The main aim is really to show them what we have to offer and show them what a cracking career the Regiment is, and then they need to decide for themselves,” he said.

When explaining why life in the Regiment is a “cracking career”, WO2 Michael Sanchez said: “I have done now 19 years, and the way I see it is even during the bad times I’ve found good times.”

“I have had times where I have been going through a bad patch maybe in an exercise somewhere, but I’ve still found the funny side, for me to say that after 19 years of being in the Regiment I think its because it’s a cracking career.”

Many of the children who attended the initiative would be able to register their interest soon as the Regiment are recruiting individuals from the age of 15 years and 9 months up until the age of 42, whether it be full time or part-time as a reserve.

WO2 Sanchez added that a lot more girls have shown interest in joining the Regiment.

River Duarte, 14, said: “I came today because I really like learning new things and taking on new opportunities.”

“I think it was a really good choice because I’m having loads of fun,” she added.

“My favourite part of the day was looking at the guns and learning about something you wouldn’t really learn about somewhere else.” 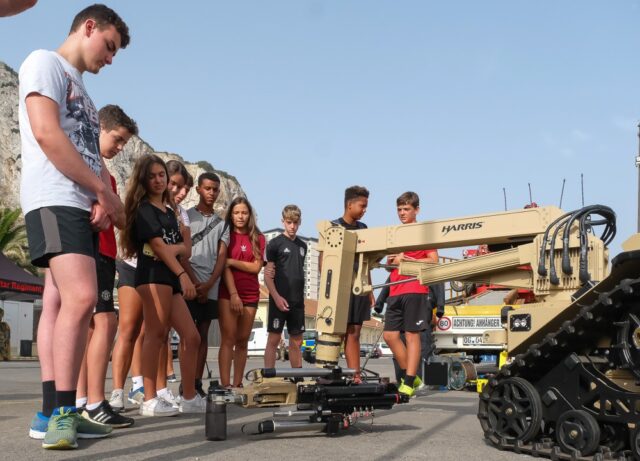 Abi Gonzalez, 14, said that the decision to come has paid off.

“I’m not regretting it, it’s worth waking up in the morning for.”

Theo Dalmedo, 14, has visited the Regiment before and wanted to come again because of the fun experience.

Theo said that joining the military “is always a thought” because of the enjoyable and beneficial aspects of the job to him.

Other packages are available for youngsters throughout the year, including insight weekends as well as work experience in collaboration with local comprehensive schools.

Anyone interested in enrolling in the Royal Gibraltar Regiment can contact the duty mobile via 58009727 or via email rgcareers@gibtelecom.net or the Regiment’s social media platforms.