Whether it's trees, stockings or those blasted Brussels sprouts, Christmas is virtually defined by its rituals and traditions. Most of them promote peace on Earth and good will towards men, but a quick flick through the history books reveals festive folklore could have given us an entirely separate set of Christmas customs. 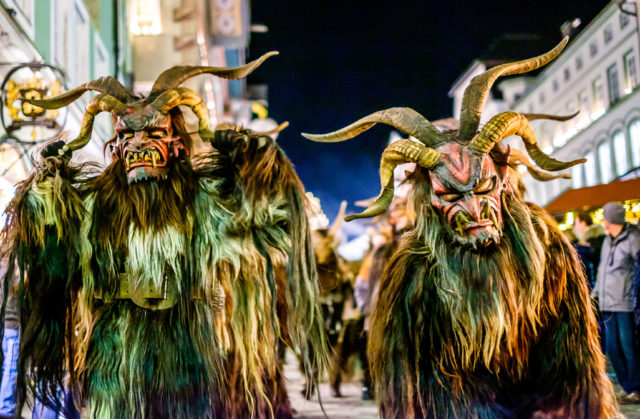 Some are dark, some are dull, some are just plain odd. These are the dormant Christmas traditions you almost certainly won't miss...

1. Childermas
It's hard to think of any activity less in keeping with the Christmas spirit than assaulting a child, but for some medieval households this was par for the course on December 28, otherwise known as Childermas. A feast day marking the massacre of Bethlehem's infants at the hands of King Herod, once upon a time, in some households, children would be ritually whipped in their beds to serve as a reminder of the tragedy.

2. Telling scary stories
In Victorian times, Scrooge wasn't the only one seeing seasonal spirits - in Christmases Past, ghostly tales were an ever-present part of festive entertainment. Spooky stories come into their own during the long winter evenings, and famous fictional chillers, from Frankenstein to The Turn Of The Screw, have opted for a traditional Christmas setting.

"When five or six English-speaking people meet round a fire on Christmas Eve, they start telling each other ghost stories," wrote humorist Jerome K. Jerome in his 1891 collection, Told After Supper. 'Scary ghost stories' also crops up in the lyrics of seasonal staple, It's The Most Wonderful Time Of Year. 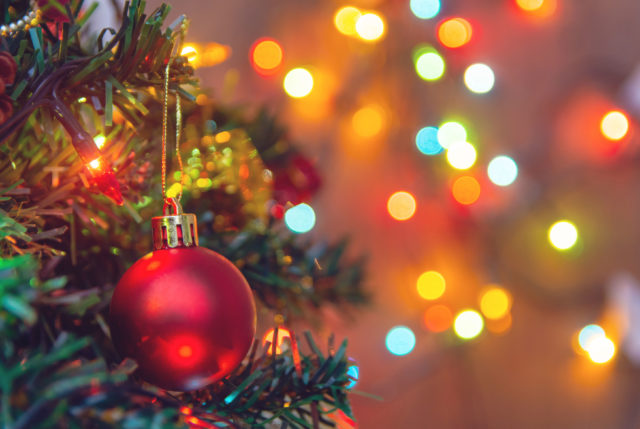 3. Krampus
A relic of Eastern European folklore, this distinctly un-merry monster is the Yin to Father Christmas' Yang. Legend holds that the naughty list is overseen by Krampus, a Bad Santa so ghoulish he makes Billy Bob Thornton look like Fred Claus. Usually portrayed as a hairy, horned goat-demon, his punishments ranged from a simple lump of coal right up to eternal damnation.

Star of one decent Christmas horror movie and hundreds of utterly dreadful ones, Krampus is now more trope than tradition, and if you're naughty you just get a less good phone.

4. Holming
These days, a festive sprig of holly comes with ivy and sweet singing in the choir. But in medieval times, it was a prelude to a much more violent set of practices.

Predominantly a Welsh tradition, 'holming' involved young men patrolling the streets and thrashing the bare arms of young women with holly branches. Many ancient traditions would be frowned upon in modern times, but this one would - hopefully - get you arrested. 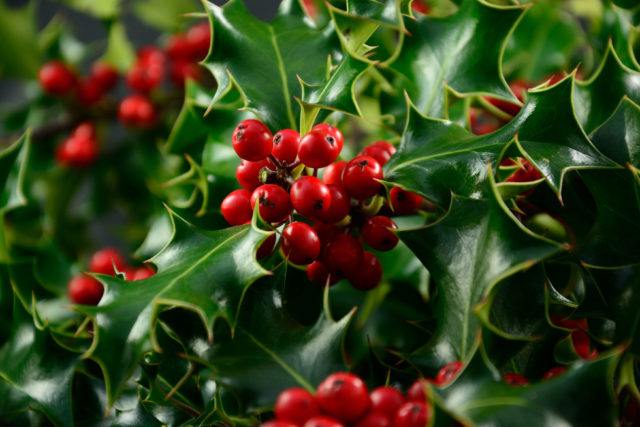 5. Quarter Day
It's not uncommon for people to part with vast sums of money come the festive season. But in days gone by, many civilians would shell out a fortune to their landlords, not their relatives.

December 25 was one of four 'quarter days' - administrative deadline days when debts were settled and rents were paid - which, for the less well-off, did not a very happy Christmas make.

6. The Nativity Fast
Advent - or, as it should be known, the period of time in which Christmas decorations are acceptable - goes back almost as far as Christmas itself. Rooted more in asceticism than daily dollops of chocolate, older interpretations centred on fasting and abstention in the weeks running up to the big day.

Though still sporadically observed in Catholicism and a smattering of orthodox churches, mainstream appeal has dwindled to nearly nil. Amid the annual avalanche of candy canes, bacon rolls and turkey, we can't think why.

7. Plygain
Another Welsh tradition, still practised in some parishes, there is much to admire about Plygain - a Christmas morning carol sesh filled with a capella harmonies and frighteningly powerful tenor voices.

For modern carollers. there's just one teeny-tiny problem: the services are supposed to start at 3am!

8. 12 days of Christmas
Move over French hens, turtle doves and partridge-laden pear trees - the real 12 days of Christmas last from Boxing Day to January 6, and culminate in the underappreciated holiday of Epiphany. Steamrollered into near irrelevance by Advent, revellers that forget to take their decorations down when the 12 days are up can expect 12 months of bad luck.

9. Supernatural Santa
Now a rosy-cheeked, bushy-bearded grandfather, with a laugh like a foghorn and a belly like a trampoline, Santa Claus wasn't always so jovial - or so human.

Today's Santa was invented in the late 19th century and popularised by a 1930s Coca-Cola ad campaign, and his previous incarnations include elves, gnomes, and stern-faced spirits acting more as moral judge than benevolent patriarch. The whole creeping-down-the-chimney-while-you-sleep thing already feels suspect, and such tales do little to reassure.

10. The Feast of the Ass
A celebration of biblical donkeys, the so-called Feast of the Ass saw a young girl symbolically led to the village church atop a donkey in front of the assembled townsfolk, while the local clergyman delivered a sermon. Out of fashion since the 15th century, there's nothing overtly wrong with the festival, it just sounds really, really boring.
(PA)