A lesson in Stand Up Paddle

One such place is Sandy Bay and one activity that is suitable for nearly everyone is Stand Up Paddle. Chronicle reporter Eyleen Gomez tried out the sport for the first time recently and needed someone with patience and understanding as well as knowledge. This came from both Tom Cawthorne and Jimmy Gracia from In2Adventure in Sandy Bay. 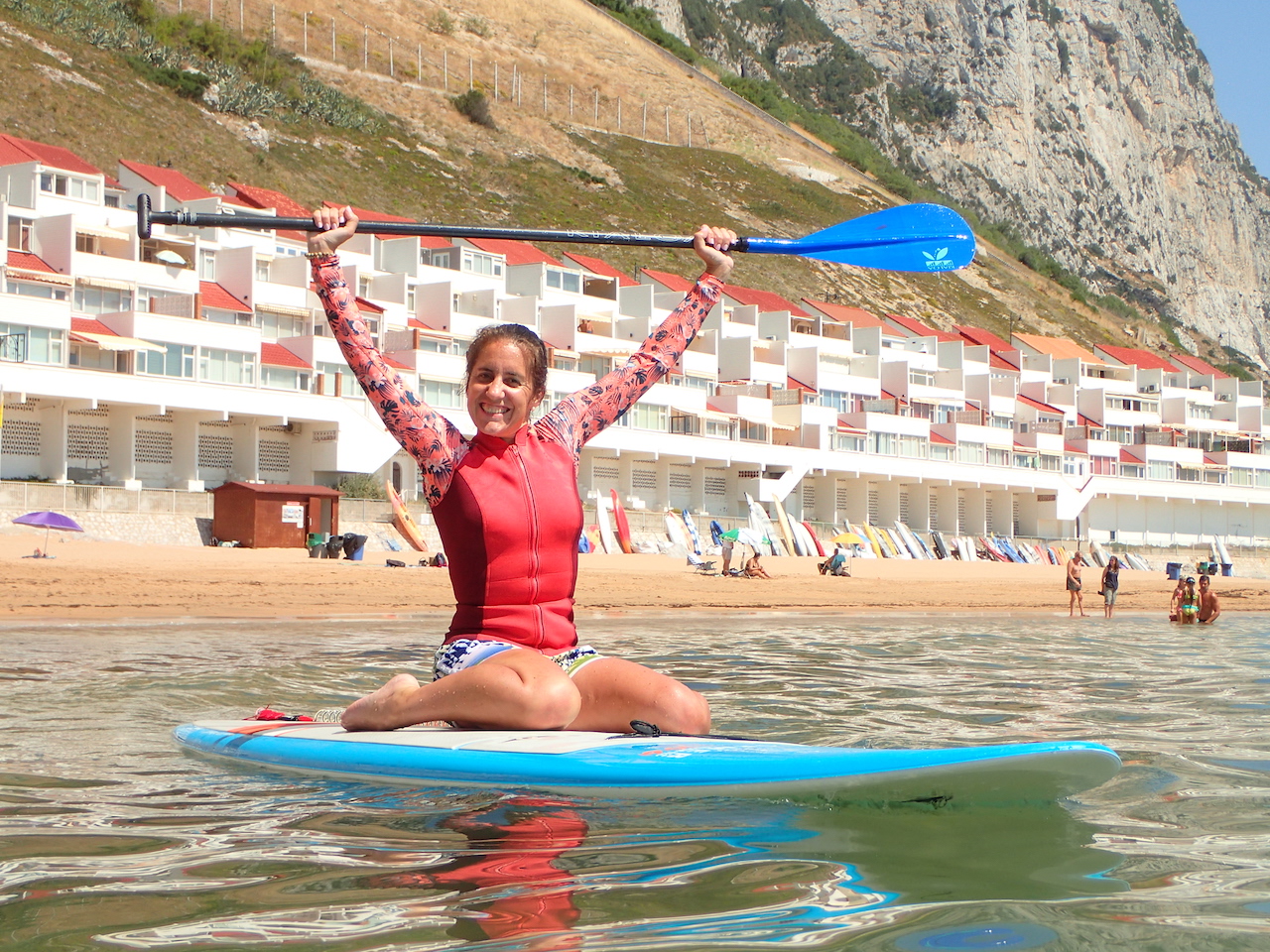 These two are not just the guys who do crazy things like SUP over to Africa, there isn’t a thing they do not know about SUP and they are happy to help and advice anyone with any level of experience. They also run classes for beginners or for those who wish to learn to perfect their SUP abilities.

SUP is not like traditional surfing, boarders stand up and use a paddle to manoeuvre through the water at whatever speed their body is capable of doing. You do not need waves to SUP either and the tranquil waters of Sandy Bay are perfect for a novice of any age.

Obviously the ability to swim helps in case you fall off the board but as you are attached to the board with a leash around your ankle you are literally connected to a massive floating device.

This gives you some comfort if like me you are not a strong swimmer or someone who likes being out of their depth. In fact, I am not a fan of the water at all. But, I am trying to be and I found SUP helps.

I first tried SUP when I took a class with Mr Gracia and three others, all of whom had their own boards and had some experience in it. 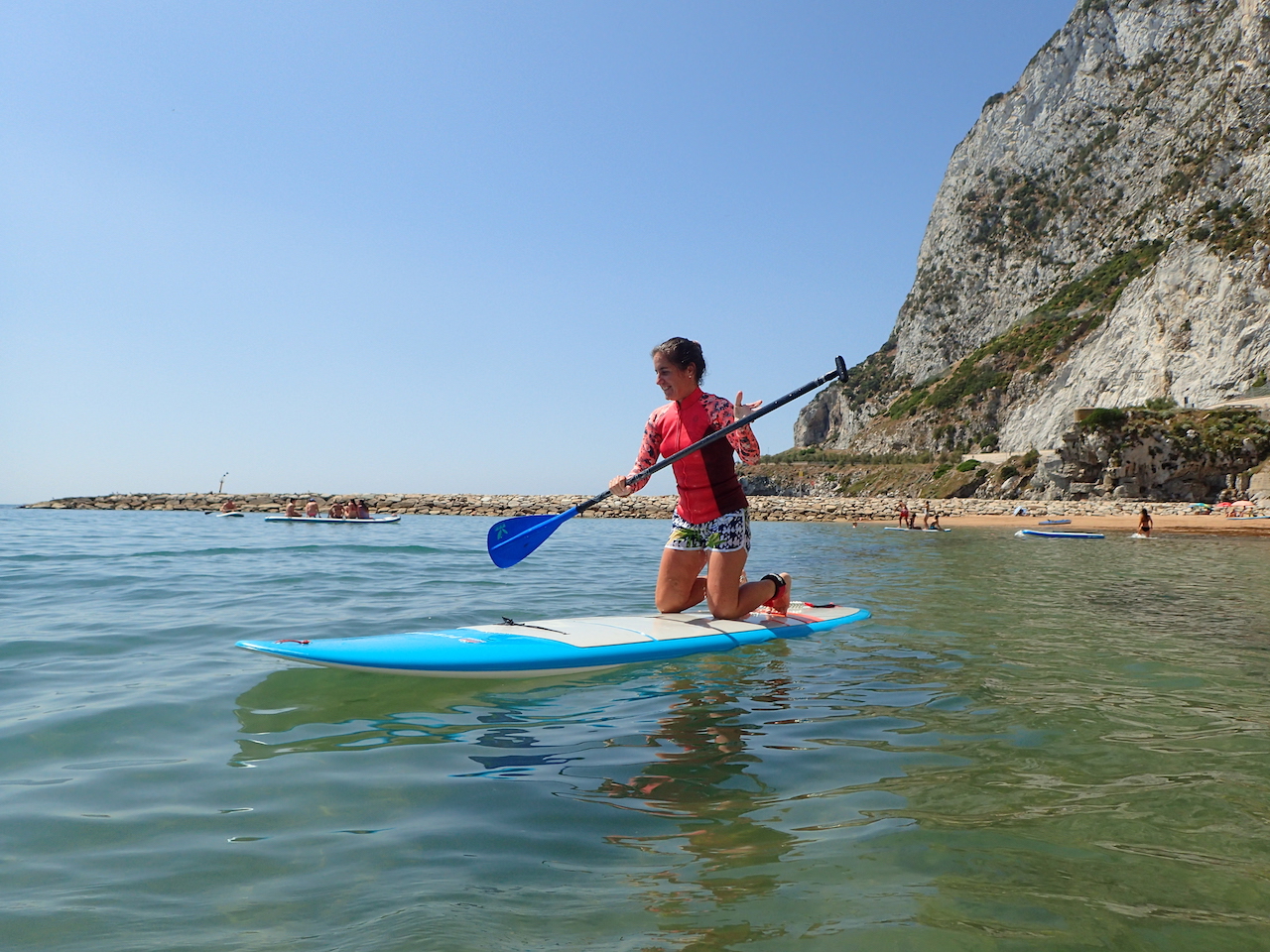 Following an introduction to the different types of boards such as inflatable or not and different parts of the board as well as a safety briefing we carried out boards to the water. Wading in until knee height I placed the board down and lay on it. So far so good.

The next part was what I was expecting to be the hardest part, standing up.

With my legs in the correct position by the board’s handle and looking ahead at all times I raised from my hunkered down position to upright. It took a moment for the fact I hadn’t automatically fallen in to sink in. Rather cumbersomely I started to paddle, the technique I was taught not translating into real life just yet.

But, I was still upright.

With trepidation I made my way through the water heading to the side of the groynes. At this stage I had only been going forward, unless I had the ability to go through the groyne I was going to have to turn. Using the paddle with more ‘enthusiasm’ than required I managed to turn the board and remain upright. It was then I felt I took my first breath in what felt like five minutes. It was then that I actually relaxed and it was then I started to enjoy it.

I was still upright. 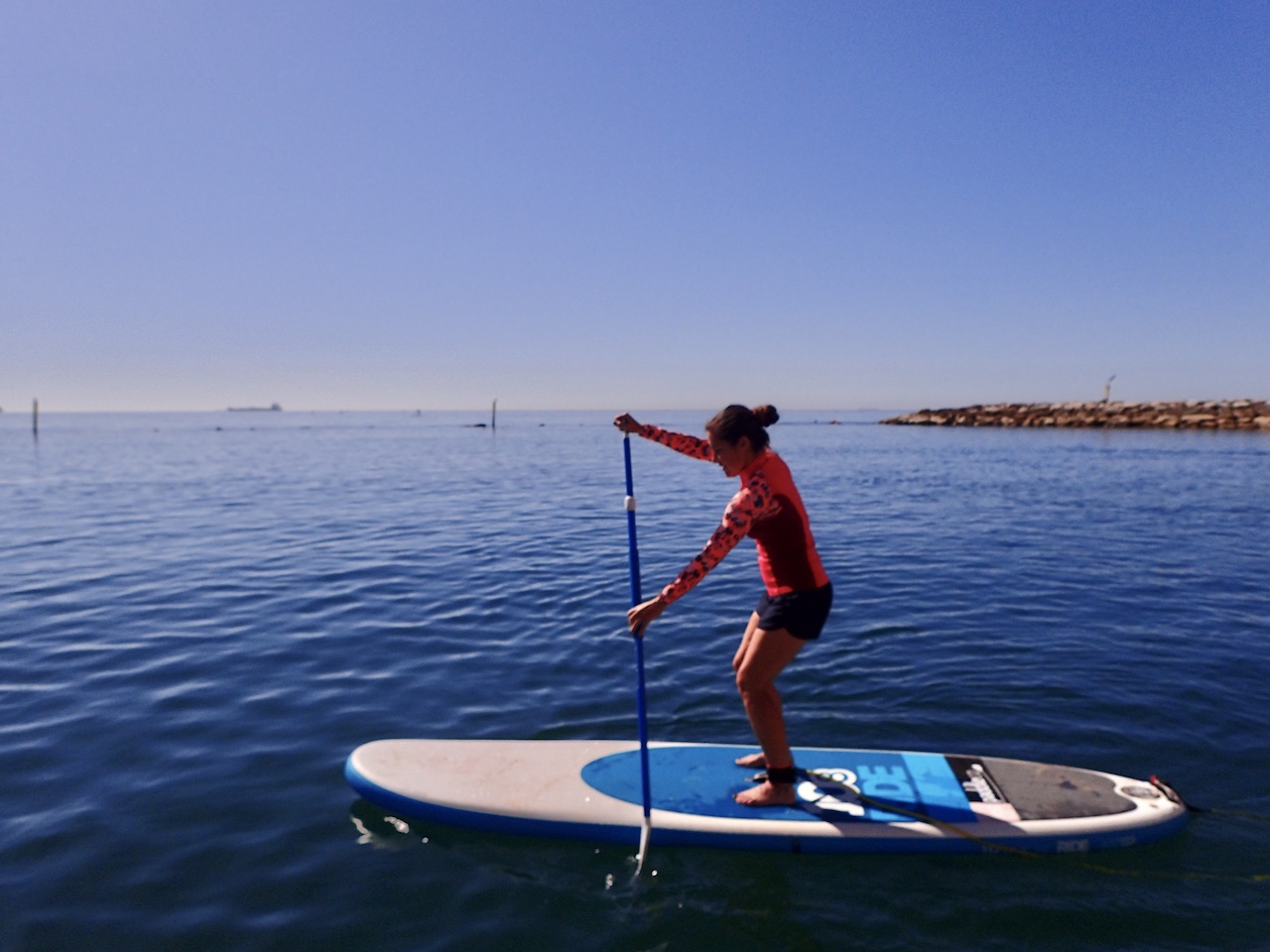 Mr Gracia gave us other tasks to carry out and shows us how to turn properly. The more I did it the more confident I was. Taking a break we came out of the water and I was still dry.

Returning to the water and getting back up on the board again felt so much easier than the first time and I happily paddled through the water.

I was still upright.

My confidence grew by the minute, until I was no longer upright. Taking a turn something went wrong, that something clearly being me. I was in the water and for a long one second under it and out of my depth. But, I did not panic instead in an act that I’m sure did not look sophisticated or ladylike I clambered back on the board.

I was once again upright. 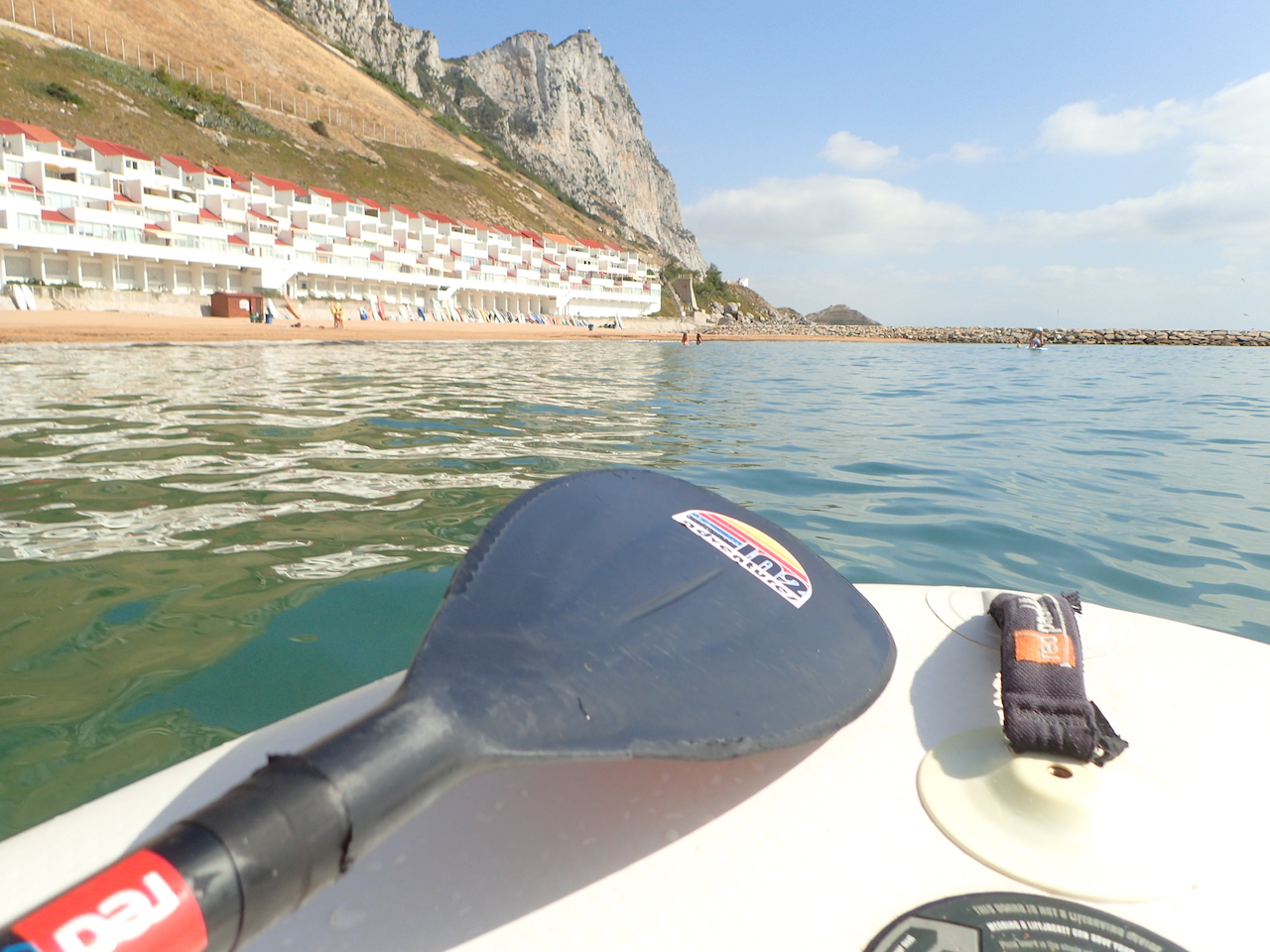 For the remainder of the class my fear of falling in had massively waned. In pairs we carried out a rescue on each other and I also was the ‘unconscious boarder’ who needed to be rescued during a demonstration of how to do so. Pulling the board out of the water at the end of the class I knew two things, one that I can fall in the water and not drown and two I would be back on the board soon.

Six days later I was. This time I took my husband, Paul, who had never tried it before and with all my knowledge and all that Mr Cawthorne imparted to him we both took our two rented inflatable boards out.

The next hour was a mixture of falling, paddling and a lot of laughter and fun. We were having so much fun we decided to try the extra large board, the big one is a massive board that accommodates numerous people and parents often rent it out for their kids birthday parties.

With Paul in the front and me at the back we tried to paddle. It was not working, he was doing great but me not so much. We changed it around and he went behind and me in front, again I was not successful in getting it so I laid on the board enjoying myself almost like I was in a gondola in Venice as he paddled. 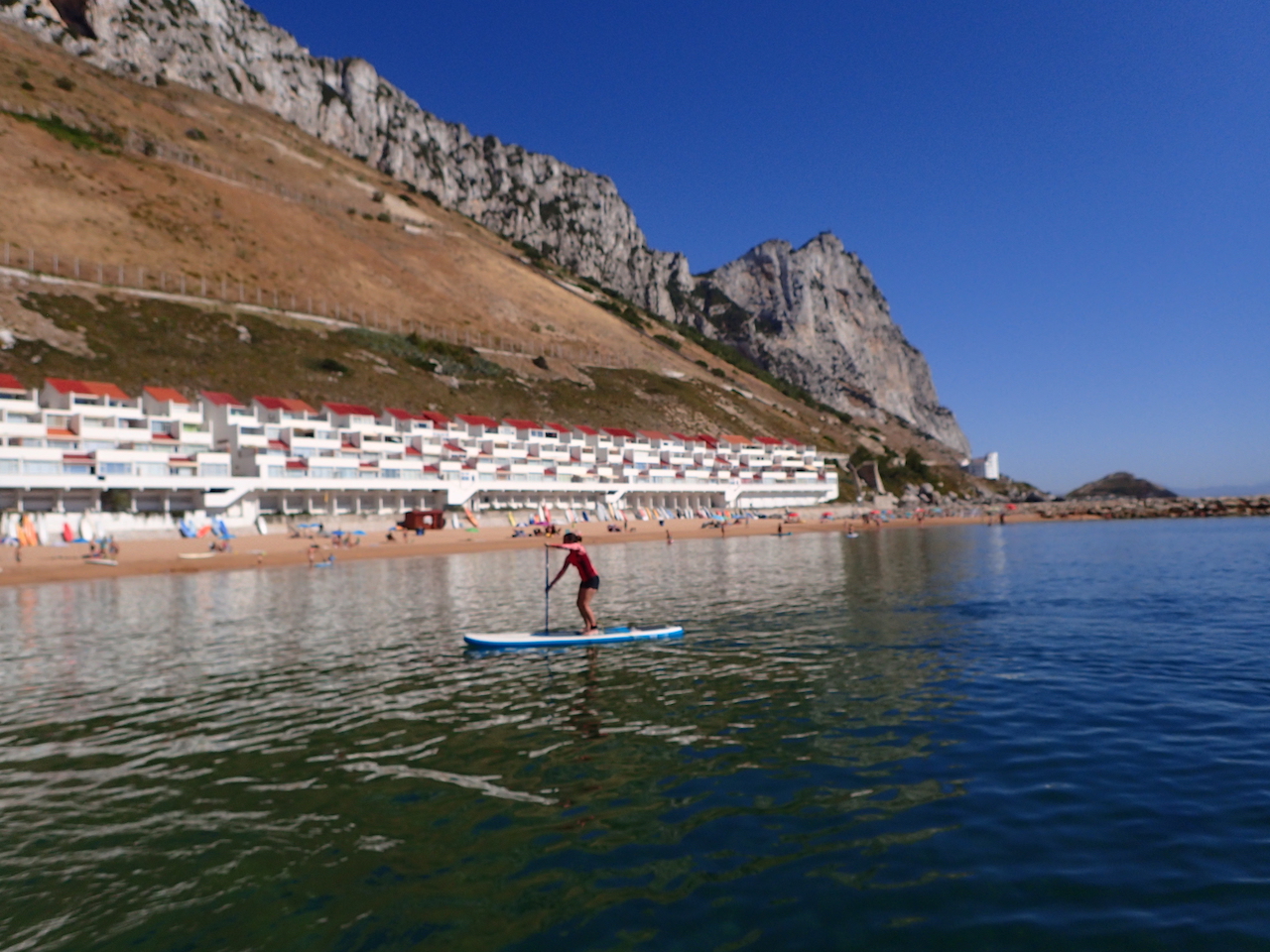 Getting out of the water and bringing the board back we knew one thing, we wanted to go out again. So after breakfast in we did exactly that. This time I took out a hard board and Paul stuck with his inflatable.

I don’t know if I found the hard board easier or if it was confidence and ability that found it so but I did enjoy the stability that comes with a hard board. That said the inflatable is very stable too. In Gibraltar, an inflatable is ideal given the lack of storage space most of our homes have.

Summing up our morning we both said we not just enjoyed the experience of SUP but the laughter that comes with the inevitable falls and the short chats on the water with fellow boarders. At the time of going to press I had only done SUP twice, but I want to go again this weekend. 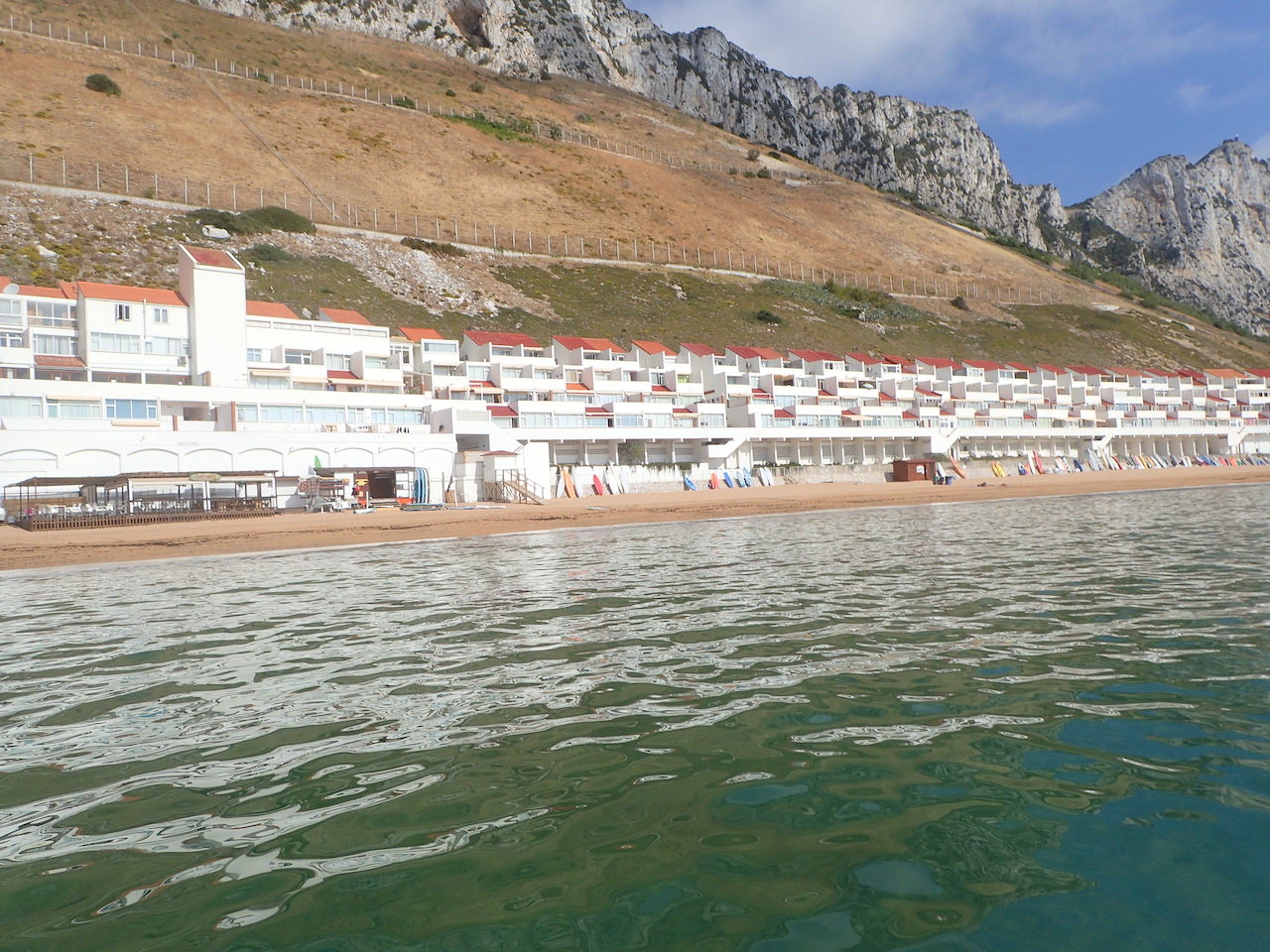