A special surprise for a Royal Marine veteran

A Royal Marine veteran was left lost for words after he was presented with a special gift at a ceremony in Gun Wharf last week. After spending the morning at an Act of Remembrance memorial led by Father Danny Hernandez, at Ocean Village this was the last thing John Gillon expected. 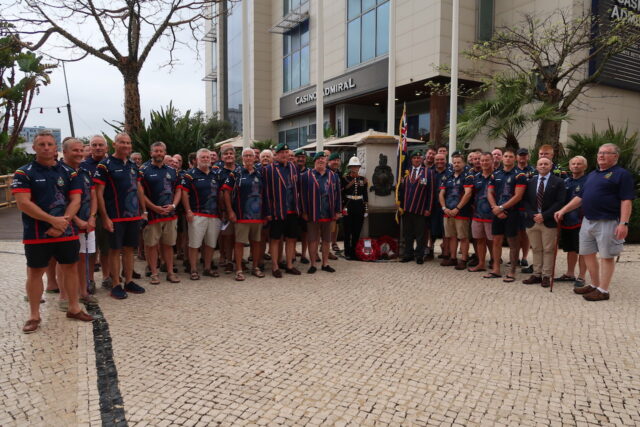 The presentation ceremony was witnessed by more than 50 Royal Marines who watched Mr Gillion receive a framed Falklands pound note, a memento that he had lost several years ago. Fellow veterans Gary Ridley, Mark Stevenson and Pat McElhinney helped organise the surprise event after Mr Gillion became upset recalling the story of his lost keepsake. 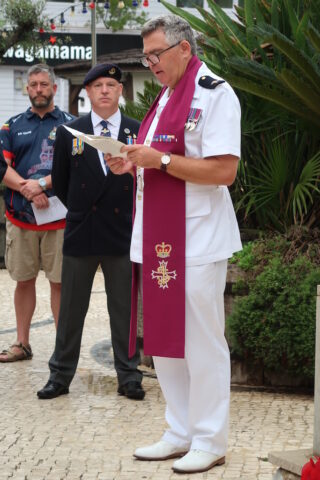 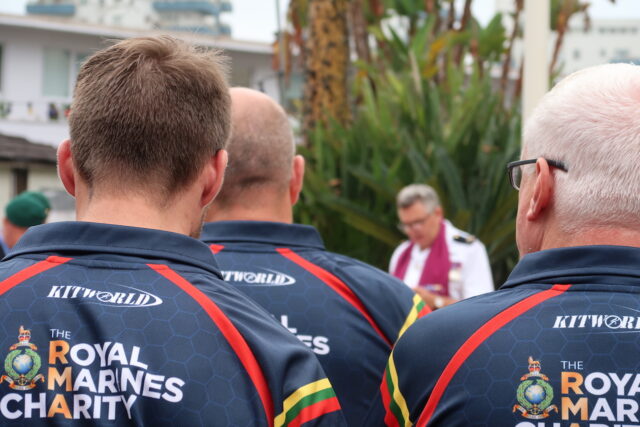 It was back in 1982 that he was serving with 45 Commando, helping to liberate hundreds of residents from Port Stanley during the Falklands Campaign. And despite not being injured in the war he broke his leg in a traffic accident on the islands which resulted in him being flown back home to the UK.

As a memento, he kept a Falkland’s pound note to remind him of his time serving his country. Over the past few years a number of his possessions ended up being destroyed including his cherished Falklands note. Unbeknown to Mr Gillion, Mr McElhinney was also in the Falklands in 1987 and kept a local note too. Mr McElhinney decided to get the note framed and signed by General Sir Mike Jackson, so it could be handed over to Mr Gillion. In the frame, which contained the note as well as pictures of the friends, is a poem from American poet Walt Whitman, which says: “Nothing is ever really lost, or can be lost, no birth, nor force, nor any visible thing.”