photo issued by the Natural History Museum of one of the fossils found. A "mammoth find" of what has been dubbed Jurassic Pompeii has revealed one of the largest collections of starfish and feather star fossils ever found in the UK, experts have said.

By Nina Massey, PA Science Correspondent
One of the largest collections of rare marine fossils anywhere in the UK has been discovered by a couple using Google Earth.

Non-professional palaeontologists discovered the site in Wiltshire during the second lockdown, while researching the geology of the area online.

After being contacted by the duo, Dr Tim Ewin, a senior curator in Earth sciences at the Natural History Museum (NHM), secured funding for a dig at the site, and was amazed at the number of specimens discovered.

The findings of hundreds of samples, from the Middle Jurassic (174 to 164 million years ago) should allow new research that was never before possible due to the small number of samples held in collections.

Neville and Sally Hollingworth, from Swindon, were the co-discoverers of the site. 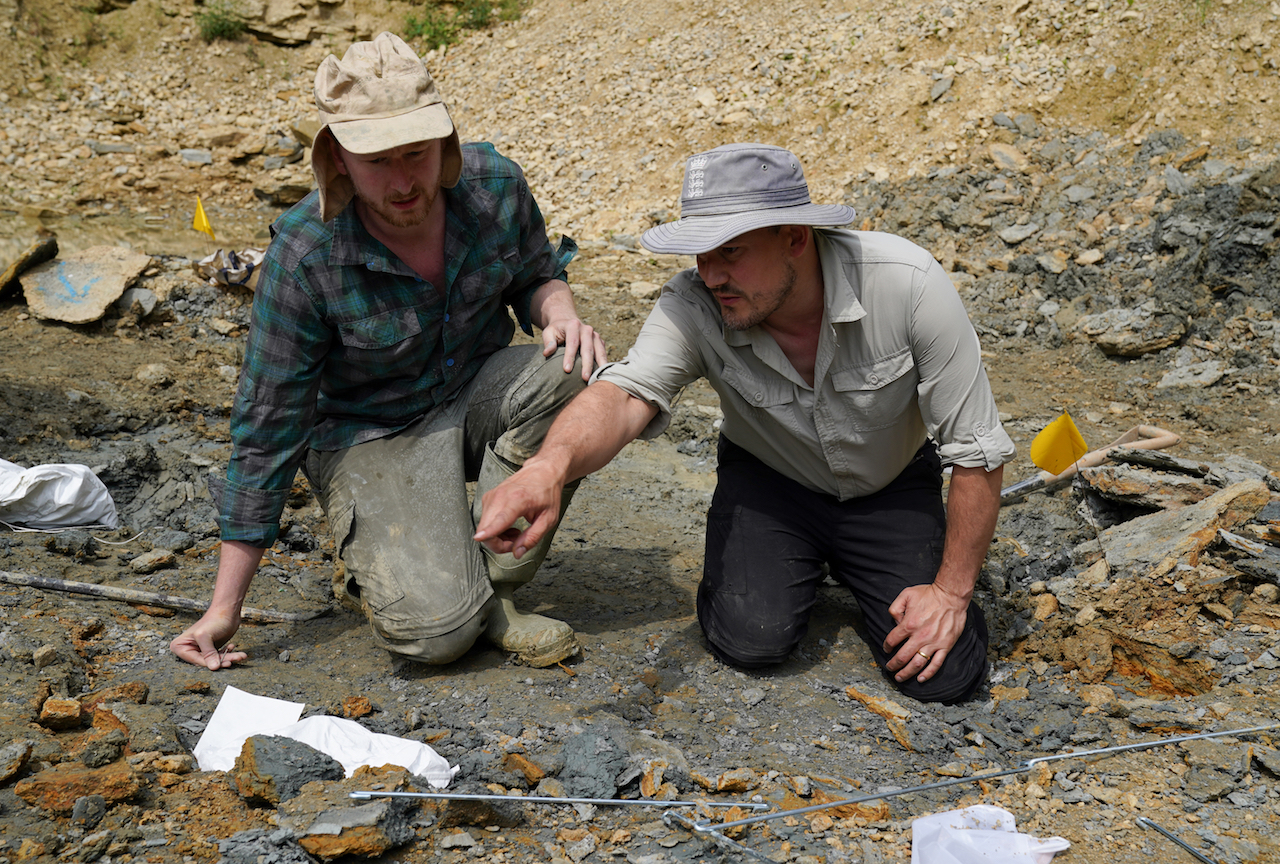 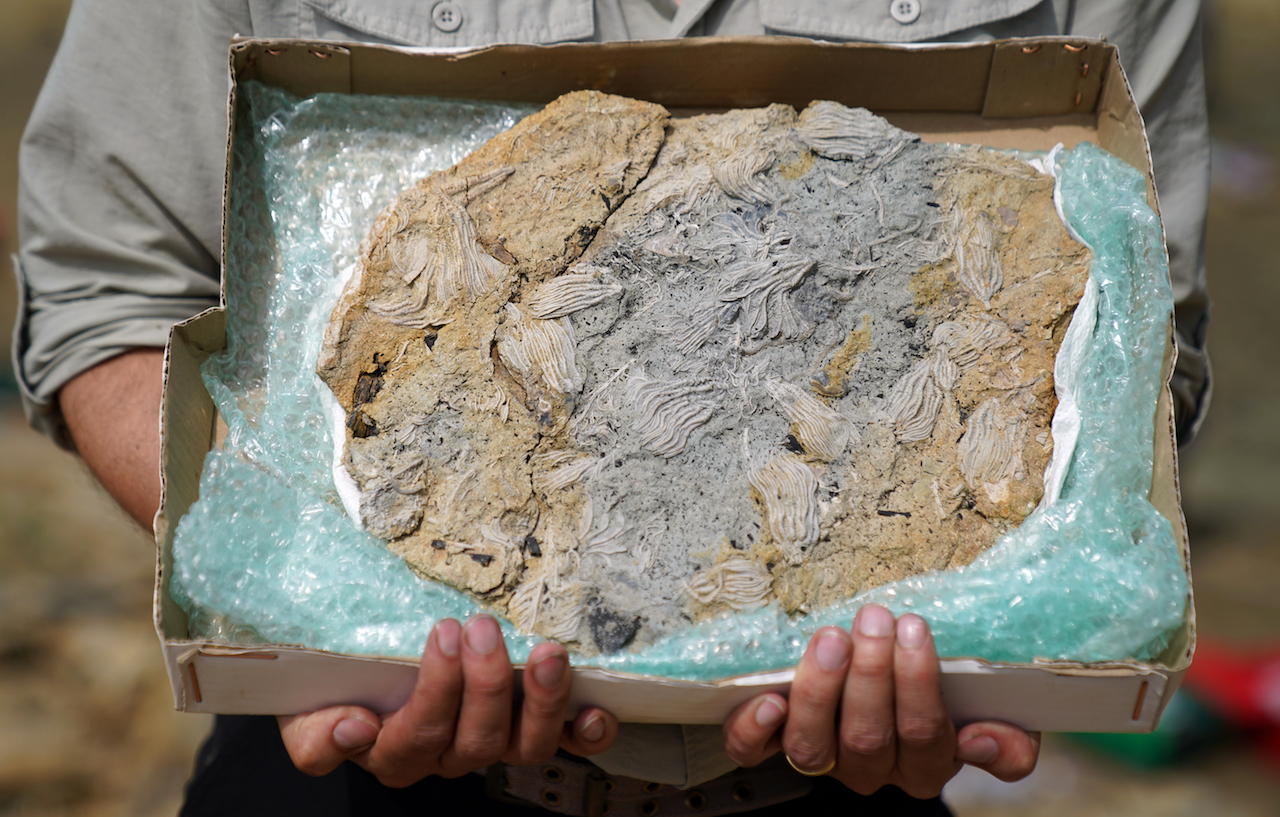 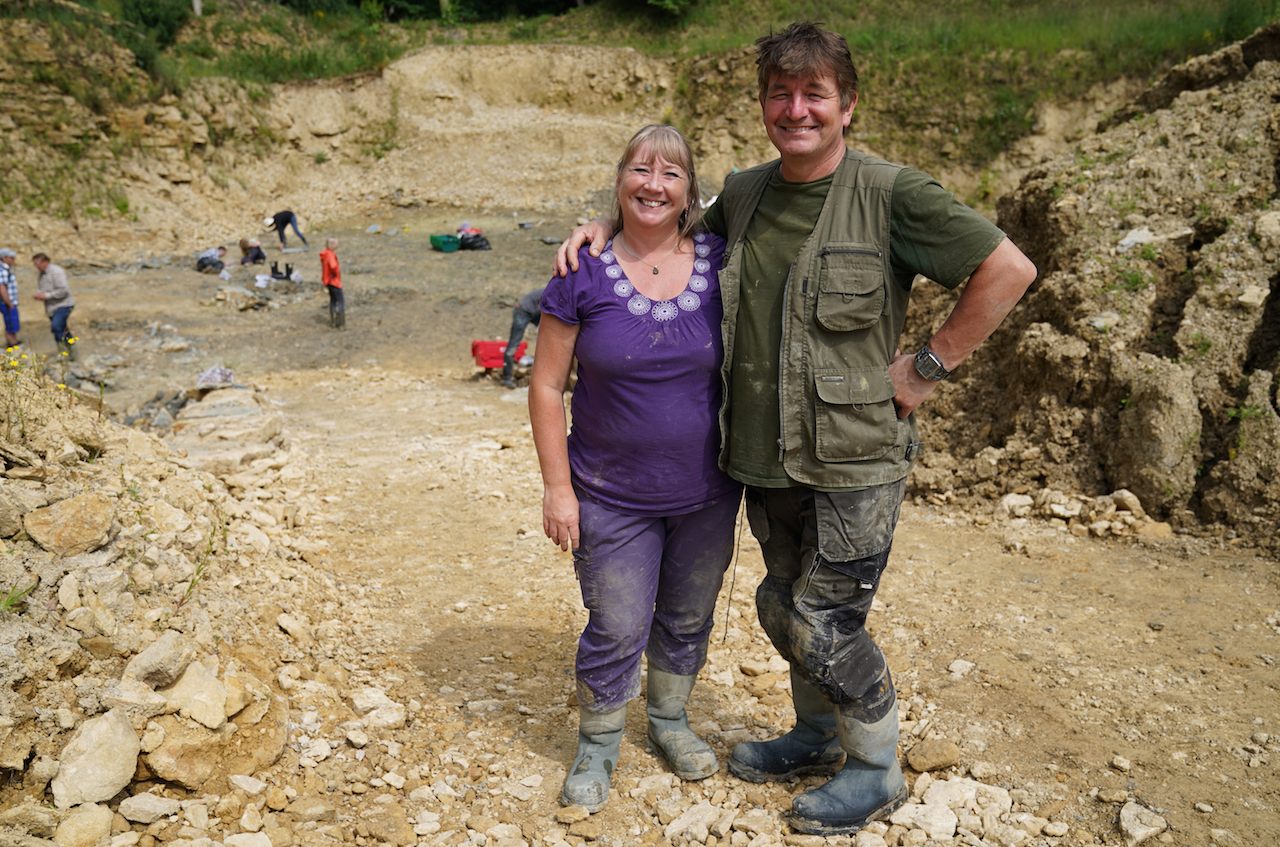 Dr Hollingworth, is also an honorary research associate at the University of Birmingham’s school of geography, earth and environmental science.

He told the PA news agency: “About six months ago, at the beginning of the year, when we were doing some research on local geology we noticed on Google Earth this little quarry and got in touch with the site manager and asked if we could visit.

“So we came on down to the bottom of the quarry and we noticed that the floor of the quarry was a clay layer, and on the surface of the clay with lots and lots of little fossils which we call crinoids or feather stars.”

The couple took a slab from a site and cleaned it up at home, where they discovered an “incredible sight” of “beautiful” sea lilies, crinoids, starfish and brittle stars.

Mrs Hollingworth said: “It was amazing, the preservation is absolutely stunning.

“They are 167 million years old, these little critters, and the preservation is just amazing.”

Dr Hollingworth said that in 2004 he found a Mammoth skull, but that the discovery of the site was equal, if not better, to that.

Speaking at the dig, he told PA: “This is a different type of site with different types of fossils, but they’re unique from that perspective, this is a mammoth find.”

He added: “We’ve got a multidisciplinary team bringing it all together to understand the environment in which these animals lived and then died

“From all the evidence we’ve gathered so far, it was quite sudden and they were probably buried alive by mudflow, some sort of submarine landslide buried them all where they were.

“And that in itself is tragic but fascinating because we’re looking back at a period of time when the dinosaurs were living on the land and vegetated shallow land masses around here.”

He added: “And all we’ve got is a snapshot, like a window back in time to what we call the Jurassic Pompei, that’s what I’m describing as because all the animals died where they lived.

“They weren’t transported anywhere, they were literally buried, that was it instantly, and we’re unearthing that.”

Dr Ewin explained: “We know that they were buried during life, because we’ve got some evidence to show that the animals are adopting what we call stress position to being buried, they’ve closed up their arms to try to stop the mud getting into their mouths and our other orifices.

“So we know these animals were alive when they were buried.”

He added: “We knew instantly that it was an important site because of the quality of preservation, the number of specimens that we could find and that is exceptional.”

Throughout the digging days in early July, excited groups of the people spread out across the site, and covered in mud, called out fairly regularly as they made a new discovery, or unveiled a fossil after carefully clearing away some of the clay.

Dr Ewin said the team had found so many specimens that a triage process had been implemented in order to decide what to leave behind.

He told PA: “It’s a really nice problem to have because these fossil starfish and sea urchins are really rare.

“And normally we have the problem ‘are we going to find enough?’ and this is an alien sort of position to be in where we’ve got so much that we’re sort of having to contemplate leaving behind really nice material.”

The researchers think that while some of the fossils belong to creatures already known to science, others may be new discoveries.

They believe they have unearthed three new species so far, a type of feather star, a brittle star and a sea cucumber.

Other specimens will allow experts to look at the evolution of the animals as they have found both juvenile and adult samples, and even a starfish with an arm being regenerated.

Dr Ewin told PA: “It’s really an exceptional site, and the thing that’s so amazing about it is, is just the sheer amount of material just, and it’s all beautifully preserved.

“And so it’s going to allow us to do some really cool science.”

Describing the area that the fossils were found in, he said at some point it would have been some sort of delta regime.

“So we know that by looking at the rocks, and there’s also a huge abundance of fossil wood at the site, and echinoderms, starfish and sea urchins, only live in the sea,” said Dr Ewin.

He added: “And so to have sea urchins and then a load of fossil wood, suggests that there was a sort of delta coming in.

“And in order to get these echinoderms preserved, we need to have very rapid burial in sediments low in oxygen.”