As Nautilus youngsters learn to save dolphins, a sad reminder of dangers to marine mammals 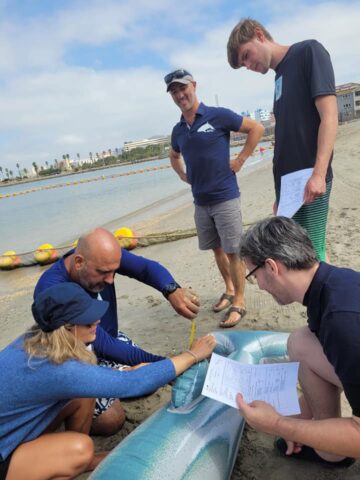 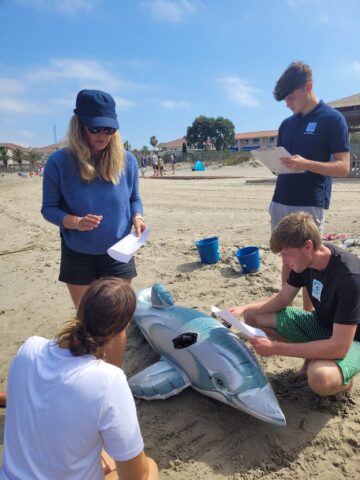 The training covered aspects of cetacean biology, adaptations to the marine environment, physiology, behaviour, species identification, cetacean threats and strandings, including response, rescue and data collection and the dos and don’t of such processes.

Lewis Stagnetto, the marine biologist who founded The Nautilus Project, also noted that they conducted a pretend stranding which enabled the youngsters to test their leadership skills.

This was in addition to the theory the students were presented with.

“The aim of this course was to give our youth further opportunities to acquire sufficient knowledge to apply the appropriate techniques used in the field to refloat stranded cetaceans,” Mr Stagnetto said.

In addition to the course helping them with their Duke of Edinburgh award, it is also useful for when students are applying to university to study marine biology as they can include this experience on their UCAS form. 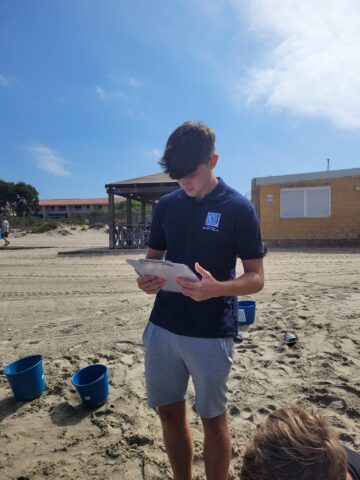 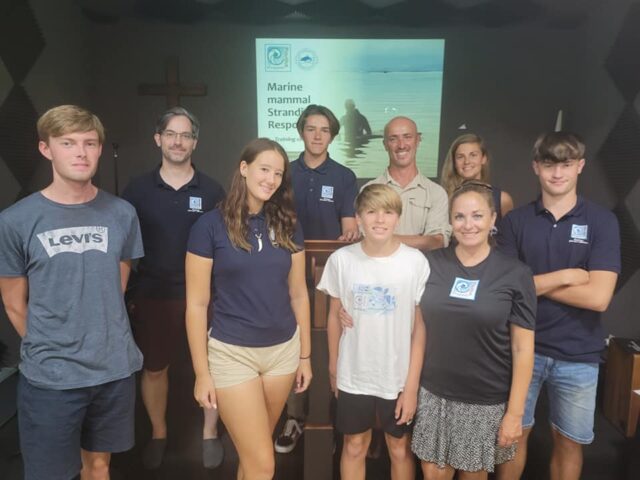 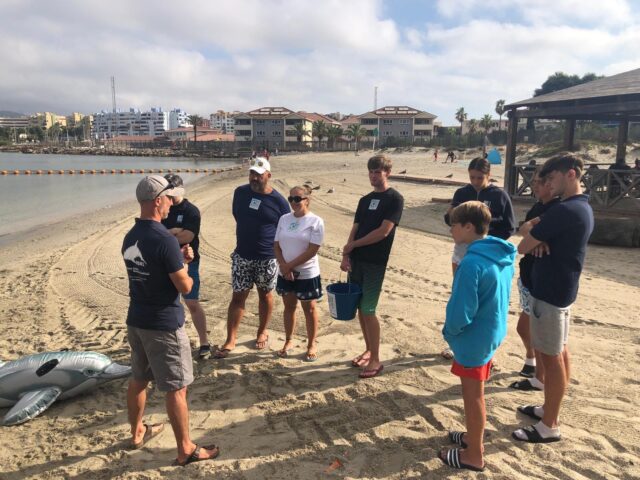 The course was made possible due to the former Deputy Governor to Gibraltar, Nick Pyle, providing the funds thanks to fundraising through the Duke of Edinburgh Golf Charity.

Mr Stagnetto was very grateful to Mr Pyle and to the GSLA and Cityline for the conference rooms that allowed the course to be facilitated.

SAD REMINDER
Earlier this week, the team at The Nautilus Project was involved in an incident that offered a sad reminder of the dangers facing marine life in the busy waters around the Rock and in the Strait of Gibraltar.

Mr Stagnetto was called by the Gibraltar Sub-Aqua Dive Club 888 after a newborn common dolphin was found dead off Europa Point. Mr Stagnetto alerted the Department of Environment.

A necropsy will need to be conducted to determine the actual cause of death. Despite there being one mark and some grazing on the body of the dolphin, the reason for the death was not obvious.

Speaking to the Chronicle, Mr Stagnetto said that Gibraltar Sub-Aqua Dive Club 888 located the body off Europa Point and called it in.

The marine section of the Department of Environment brought the dolphin ashore for Mr Stagnetto to look at.

Mr Stagnetto has taken part in a number of necropsies in the USA and Gibraltar as well as having a wealth of knowledge about dolphins.

“It’s very sad to see the dolphin been taken out so early in its life,” he said.

The female dolphin was so young it still had its umbilical scar showing.

It had one mark but this gash was not consistent with being struck by a propeller and was more than likely due to fishing activity such as ‘popping’, a technique used to catch tuna.

Adult dolphins are wise to this practice and can sometimes avoid the hook.

Even so, this would have not been the cause of death, Mr Stagnetto stressed.

He noted too that the dolphin had some rake marks on its body too which might have been caused by another dolphin, perhaps even its mother if young and inexperienced, warning it off as it tried to feed.

Mr Stagnetto said these were superficial marks similar to a graze experienced by a human.

The necropsy will determine if the dolphin had parasites, how much blubber it had and, hopefully, the cause of death.

While this type of mammal is called the common dolphin due to sheer numbers in the past, it is no longer that common in other areas of the Mediterranean Sea.

They are often sighted in large pods around Gibraltar but are less common in other parts of the Mediterranean due in large part to the pressures of the fishing industry.