Photo issued by Tracks Ltd of John Lennon's last known picture before he was assassinated. A letter from the star's Aunt Mimi to a journalist, who had written to express her shock and offer condolences, reveals that Lennon was "bubbling over with excitement" about returning to the UK in a phone call the night before his death in New York.

By Kim Pilling
Former Beatle John Lennon was “bubbling over with excitement” about returning to the UK in a phone call the night before he was assassinated in New York, a letter has revealed.

Forty years ago, on January 24 1981, Lennon’s Aunt Mimi replied to a journalist who wrote to express her shock and offer condolences at the death of Lennon the month before, when he was gunned down outside his apartment by Mark Chapman. 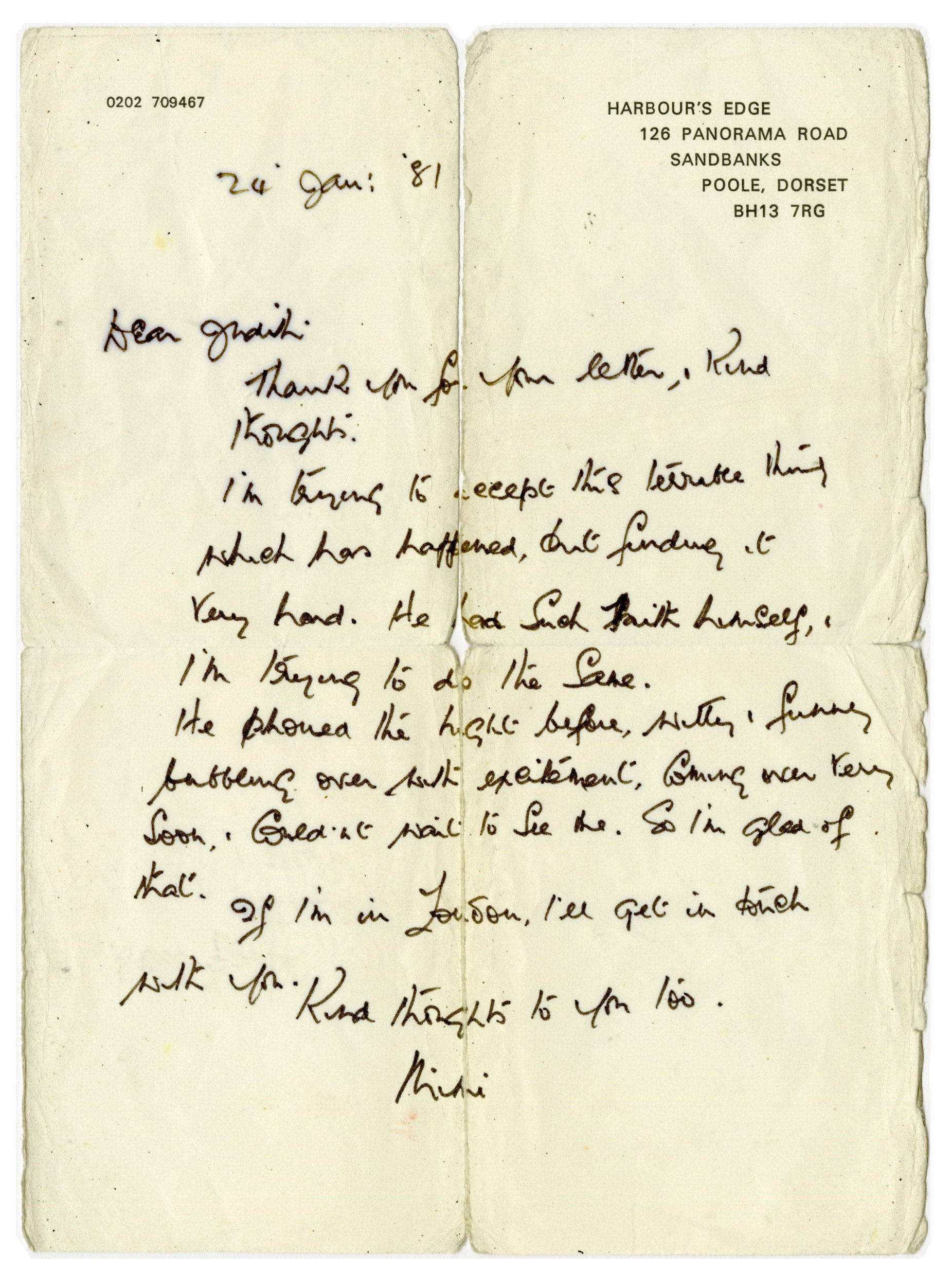 Mimi Smith had raised Lennon in Liverpool from infancy and he later bought her a house in Poole, Dorset, when he found fame.

Responding to Daily Express journalist Judith Simons, who knew Lennon throughout his career, she wrote: “Dear Judith, Thank you for your letter, kind thoughts.

“I’m trying to accept this terrible thing which has happened, but finding it very hard. He had such faith himself, I’m trying to do the same.

“He phoned the night before, witty, funny, bubbling over with excitement, coming over very soon. Couldn’t wait to see me. So I’m glad of that. If I’m in London, I’ll get in touch with you. Kind thoughts to you too. Mimi.”

Beatles historian Mark Lewisohn said: “Mimi’s letter provides solid confirmation that, but for his murder, Lennon would have returned to Britain during 1981 for the first time in 10 years, this knowledge supporting other indications he was considering a concert tour.”

The letter from the estate of Judith Simons was recently discovered by Tracks Ltd, which gives free valuations of music memorabilia at we-buy-beatles.com
(PA)