A British astronaut has been turned into a comic book superhero to encourage children to take an interest in science. 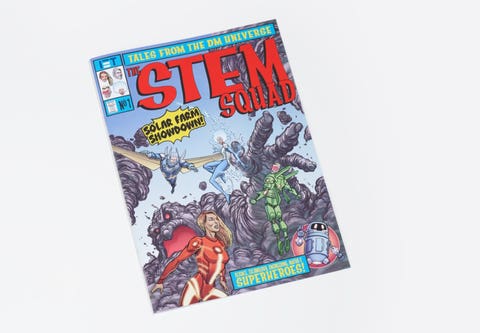 Tim Peake, who became the first British astronaut to walk in space, has been rebranded as Orbital in the new comic book called the STEM Squad, which highlights the work of prominent people working in science, technology, engineering and maths.

He said: “I’m so excited to have been invited to join the STEM Squad; I’ve always loved superheroes but never imagined I could get to become one someday, let alone Orbital, helping to defeat elemental climate change monsters.”

Mr Peake gained a substantial public profile when he flew to the International Space Station in 2015.

The 49-year-old from Chichester features in the comic book, devised by the Institution of Engineering and Technology, alongside coding entrepreneur June Angelides, engineer Shrouk El-Attar and bionics educator James Young, who is a double amputee.

“My fascination with science and engineering began when I was at school, and I feel passionately about getting more young people to share my love for STEM,” Mr Peake said.

Comic book artists Andy Lanning and Ant Williams, who have worked on comics featuring the likes of Captain America and The Hulk, have been brought in to bring the project to life.

“There really is a whole world of possibilities for them to explore and STEM will be with them every step of the way.” 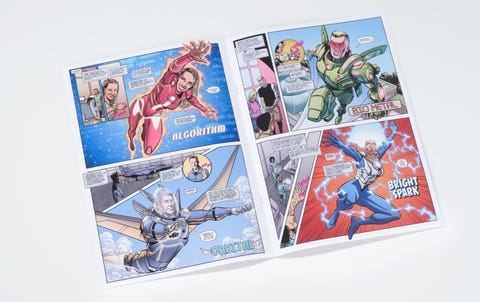 The project comes after research from the IET suggested most did not realise comic book characters like Peter Parker, Tony Stark and Bruce Banner are scientists or engineers.

The IET has also launched a competition challenging children to design their own superhero gadget.

The winner will have a prototype of their gadget created and added into the comic strip.

A children’s novel by Mr Peake, called Swarm Rising, is out on September 30.