The MoD Community Support Team (CST) organised a jam-packed four-week summer programme for those living on Four Corners and aged between 5 – 18 years.

All the activities were designed to develop the youngsters sporting, social and outdoor pursuit skills as well as team building and solo skills.

Around 60 boys and girls joined in the programme, which recently came to a close and has since received great feedback. 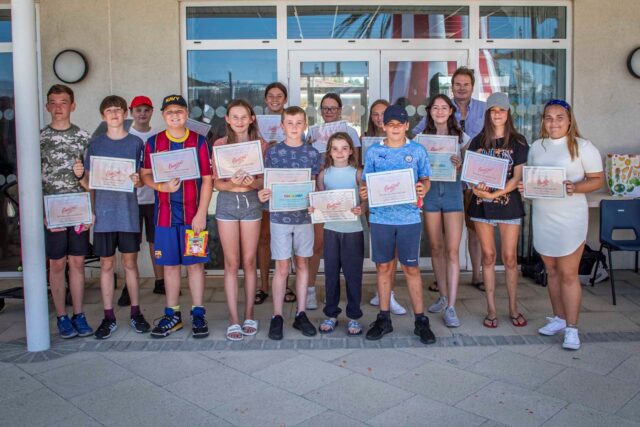 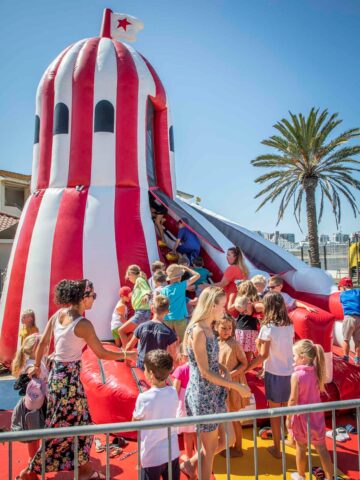 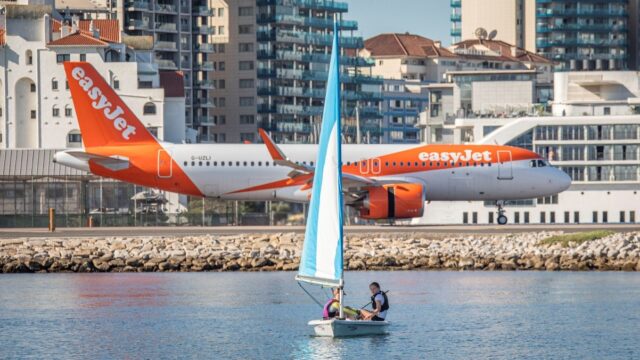 Running alongside the Summer Programme, the over 11’s were offered a chance to complete an ASDAN Personal Development Programme.

Fifteen young people signed up to activities which contributed towards an ASDAN accreditation, which also gains them UCAS points. As well as taking part in dedicated activities, the participants also document their experiences and complete a workbook.

The children kicked off Week 1 of the Summer Programme with two choices; Experiments Week which entailed exploring their DIY skills, creating their very own picnic bench, and experiencing the magical wonders of science, or Explorers Week which was fun filled with beach team games, den building and swimming.

The den building was assisted by Physical Training Instructor (PTI) Danial Salkind, who also chose the winners of the best den competition.

A sailing course run by the Sailing Club which allowed the participants to learn a new skill and receive a qualification was also offered.

One of the most popular weeks was Week 2 with Art Attack or Rock the Rock on offer.

The Art Attack week consisted of a wide range of creative and innovative activities including tie dye, pottery, screen printing and decoupage.

Rock Week included a thrilling visit through Gibraltar’s rock and fascinating history with a cave tour, a trip on the cable car, tour through the Siege Tunnels and a visit to the Alameda Zoo. The ASDAN’s participated in an exciting raft building exercise.

Utilising their teamwork and design skills, the teams had to build a raft which not only floated but would also win the raft race - cheered on by the younger members of the programme.

The choice on offer during week 3 was between Team Games or a Taste of Britain. The games involved children enjoying a variety of sports delivered by the PTI’s at Devil’s Tower Camp.

The children relished the Taste of Britain and loved making a range of different creations, including rice crispy cakes, fruit kebabs and their very own afternoon tea.

One of the highlights of this week was also a trip to Selwo Aventura in Estepona where 40 children and 10 adults were able to get close to the wildlife and learn interesting facts about the animals from their guide.

For those on the ASDAN programme, this week had them budgeting, honing their teamwork skills and taking part in volunteering activities. All vital skills contributing towards their Personal Development Programme.

The final week of the Summer Programme offered the choice between Designer of the Summer or getting active with a week full of sport.

For designing, the children were given free reign over their creations with the two best creations received a certificate. Sports week saw the PTI’s at Devil’s Tower Camp split the children into three groups and had them compete in a variety of indoor and outdoor sporting activities.

A clearly competitive week, it was immensely enjoyed by all and the ASDAN’s took part in lifesaving, which was delivered the Pool Manager, Mr David Wilson.

All key skills which benefit the participants not only around Four Corners but also when out and about.

As well as the CST’s Summer Programme, running concurrently for the four-weeks, Kate Cullip and her fantastic team of parents ran an under 5’s programme.

This included a Teddy Bears Picnic, Sports Day, Pirate Day and a trip to Alameda Zoo organized by Mrs Natalie Roberts. The little ones also had the opportunity to get gardening with the help of the Four Corners Allotment Team. All the under 5’s had a brilliant time and enjoyed being immersed in new and exciting activities!

To mark the end of the Summer Programme a BBQ was held in HELM Point following an award ceremony with Certificates of Appreciation awarded by Chief of Staff (COS) Col Rob Lindsay to volunteers and participants.

On completion of the awards, everyone enjoyed a BBQ courtesy of Major Andy Thomson and Staff Sergeant Mick Pollit (RG) followed by a fun pool day and bouncy castle.

Nicola Alexander, the Command Community Development Worker, said: “I would like to say a huge thank you to all the volunteers from the RG, Sailing Centre, Joint Physical Development Unit (JPDU) and the Gibraltar Defence Police (GDP) who all gave up their time and services to help us make the Summer Programme 2021 such a success.”

“A huge thanks to SSAFA and the Gibraltar Amenities Fund (GAF) for their contributions and to Eroski, who kindly donated the all-important snacks.”

“Our appreciation also goes to Christina Stevenson, Davinia Baglietto (HIVE Officer) and Ashley Pollit for their continuous assistance and perseverance throughout the entire four-week programme .”

“Thank you all and we can’t wait for next year.”