Having arrived in Gibraltar from Tetuaon, Morocco, as a 13-year-old, unable to speak a word of English or Spanish, DC Mojib Benhakim later became the first Moroccan-born officer to qualify as an officer in the Royal Gibraltar Police.

“When I arrived, I only spoke Arabic and French so I did not do well in my 3 years at school and, as a result, I joined the Training Centre. However, during my time there, I always felt discontented with what I had achieved in life, knowing that I had yet to reach my full potential and my desire to find an employment where I could help others.” 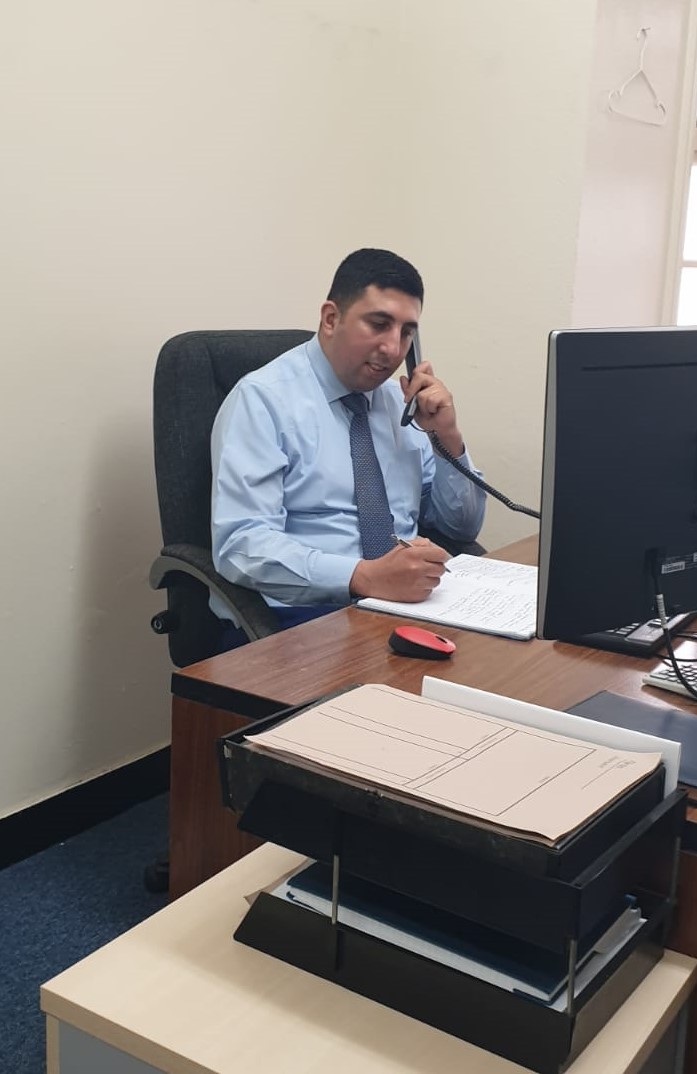 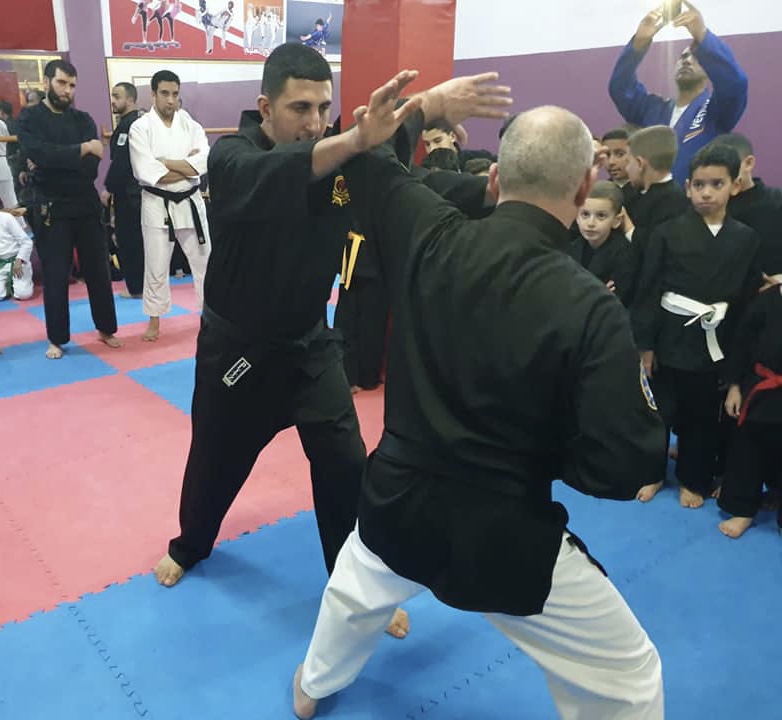 “Aged 21, I decided to abandon my career at Gibdock at great risk and pursue my ambitions. I went to Gibraltar College and got 3 A levels and 9 GSCEs. At first I considered going to university but, at the time, the RGP was campaigning to have an organisation that truly represented the community and I felt that I could make a real difference, so I applied to join the RGP.”

“I joined at the same time as PC Abdel Rahmouni who was actually born and bred in Gibraltar but the fact that two members of the Moroccan community had joined the police was a massive inspiration to everyone else in that community,” said Mojib.

“It came at a time when Gibraltar’s Moroccans were being encouraged to apply for British citizenship so a lot of people felt very proud of us for being accepted into the police. There was a real feeling of inclusivity.”

“The RGP Training School was very hard as we had exams every week but I got through it successfully and then spent my first two years in the Neighbourhood Policing Team (NPT). I remember that the first guy I ever arrested was a Moroccan – well, a Spanish/Moroccan.”

“In the NPT we tackled anti-social behaviour, approached members of the public to listen to any concerns they had and made welfare checks on vulnerable people and I loved it. I felt that we were really helping the community.”

“Then, after two years, I was moved onto ‘shift’ – I was walking the beat and, again, I loved it. Also, my ability to speak and write Arabic was often needed by other departments so there was lots of variety in my work.” 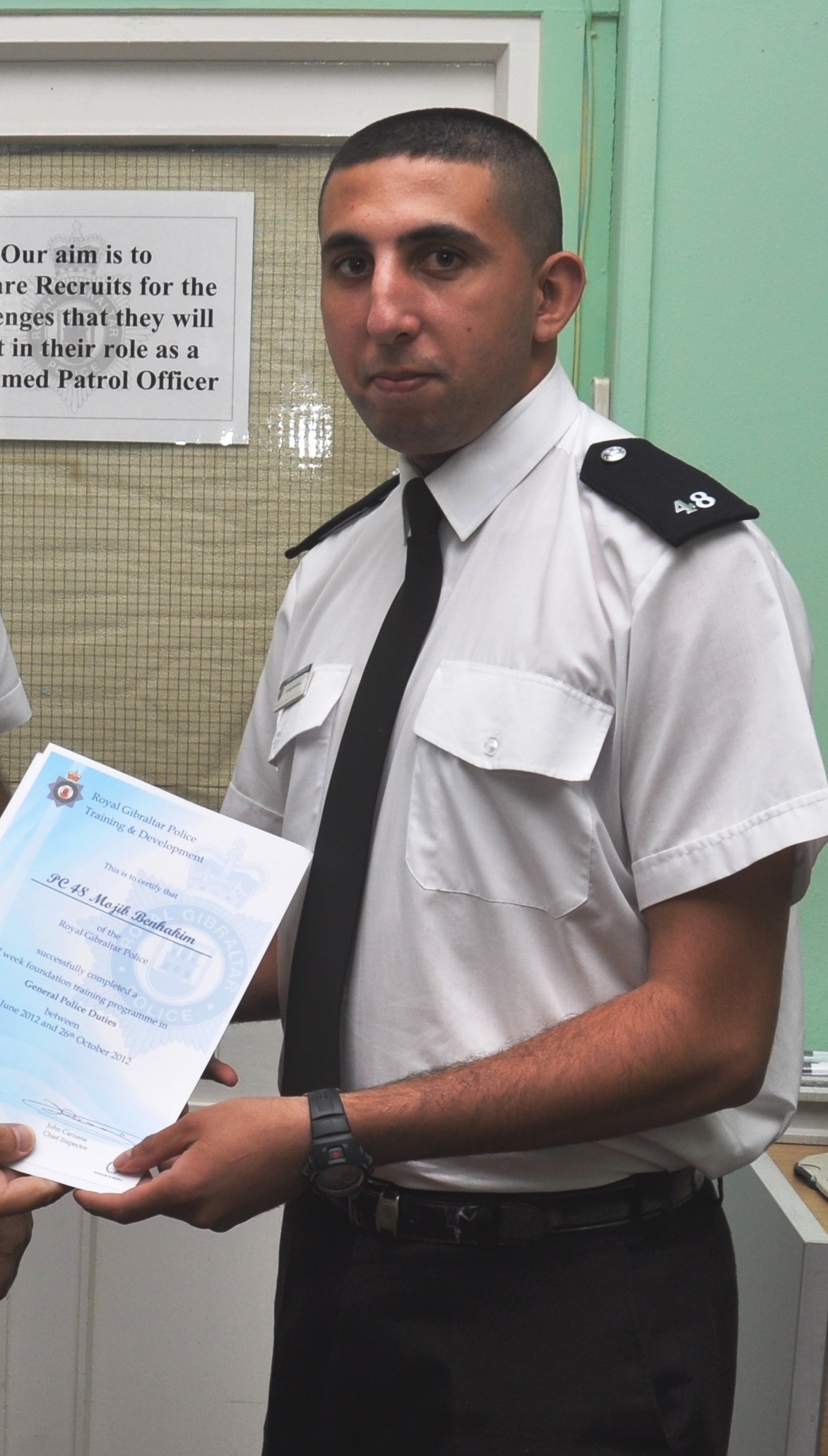 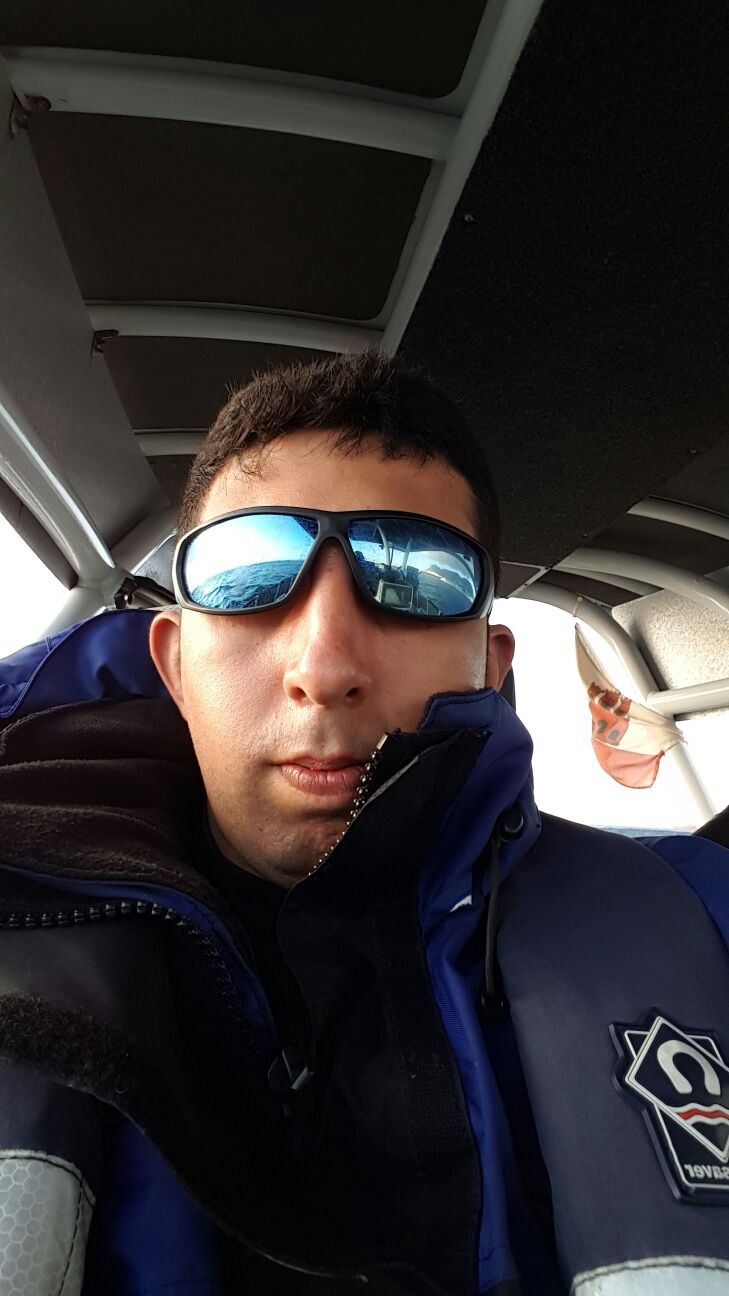 “People ask me if I have experienced much anti-Moroccan or anti-Muslim abuse but perhaps I have been lucky. I can honestly say that, within the RGP, there has been none at all, absolutely nothing. Out on the beat in town I have very occasionally been the subject of abuse but my RGP colleagues usually react more strongly than I do. They have a real zero-tolerance approach to anyone bad-mouthing me. I feel I am well respected – even by the bad guys.”

“After two years on the beat, I moved into my all-time favourite job – Marine Section. I absolutely loved it even though, at times, it could be quite dangerous. Sometimes it was like the movies! We could be in a night-time rescue in rough seas with helicopters hovering over us or we might be in high speed pursuits of drug-traffickers in RHIBs – I’ve even been shot at! But I loved every minute of it – even if my wife was sometimes worried on my behalf.”

“However, after four really enjoyable years, I had to leave Marine Section on health grounds and I’m now in the Victim Support Team and, yet again, I get a great deal of satisfaction from my work. After every crime involving a victim, we phone them the day after to check that they are OK. Then, after seven days, we phone them again to check on them and to update them on the investigation and, if the case lasts that long, we phone them every 28 days to update them again. They always appreciate this contact and the fact that we are interested in their welfare.”

“I have also received extra training in the handling of Domestic Abuse cases so that I can be used whenever officers need my Arabic skills. I get a real sense of satisfaction from helping people who have been the victims of this kind of abuse.’”

Next week will see the start of Ramadan. Won’t this make life difficult for a Muslim police officer?
“It can feel tough, especially if the weather is hot’ said Mojib. ‘But the RGP look after us very well. If someone is needed in the Control Room or in Custody, the Muslims usually get that job because it takes us out of the sun.

When I worked in Marine Section, they encouraged me to do night shifts wherever possible so that I can eat and drink during our time on duty. But my colleagues know that I always volunteer to work at Christmas time so I’m at work while they can enjoy time with their families.”

“I think that the Commissioner’s idea of a Muslim Officers’ and Staff Forum is a fantastic initiative. There are 7 Muslim officers plus a civilian staff member and so we can represent our faith and our community. We now have an official channel in which we can raise issues such as female uniforms. But the Forum is also a way of spreading greater knowledge of the Muslim faith – and, where there is greater knowledge, there will be greater understanding.”

“This Forum is also useful because it shows the local Moroccan community that the RGP is an inclusive organisation. Hopefully, it will help to encourage other young Muslims to consider the RGP as a career.”

Mojib, who is a Black Belt in jiu-jitsu in his spare time, is now in his ninth year as a police officer but he finds it difficult to pinpoint the highlight of his career so far.

“There have been so many highlights,” he said.

What about his worst moments?
“Well, there have certainly been some dangerous and unpleasant moments. I’ve had to enter a burning building to check if anyone was inside and I’ve had to lift dead bodies out of the sea. I’ve also dealt with people who have been badly injured in road traffic accidents – and that can be very unpleasant. But, possibly the very worst moment was when I learned that I had health problems of my own which would affect my career. It also hurt me that I was so focussed on my health problems that I failed to see that a colleague was having his own mental health issues at the same time. Yes, that was a bad time for me.”

But, looking back, was it a good idea for Mojib to join the RGP rather than to go to university?
“In my 8/9 years, I’ve had an amazing journey. I love this job and I come in every day, looking forward to the work ahead of me – and not everyone can say that.”