Four men who admitted possession of 2.2 tonnes of cannabis resin were found not guilty of importing the drugs into British Gibraltar territorial waters, at the end of a four-day trial in the Supreme Court.

The men were arrested following a high-speed chase at sea in thick fog in August 2021, during which they evaded Spanish and Gibraltarian law enforcement vessels for hours, and finally ditched some bales of drugs overboard before they were arrested after colliding with a Customs vessel in British waters. 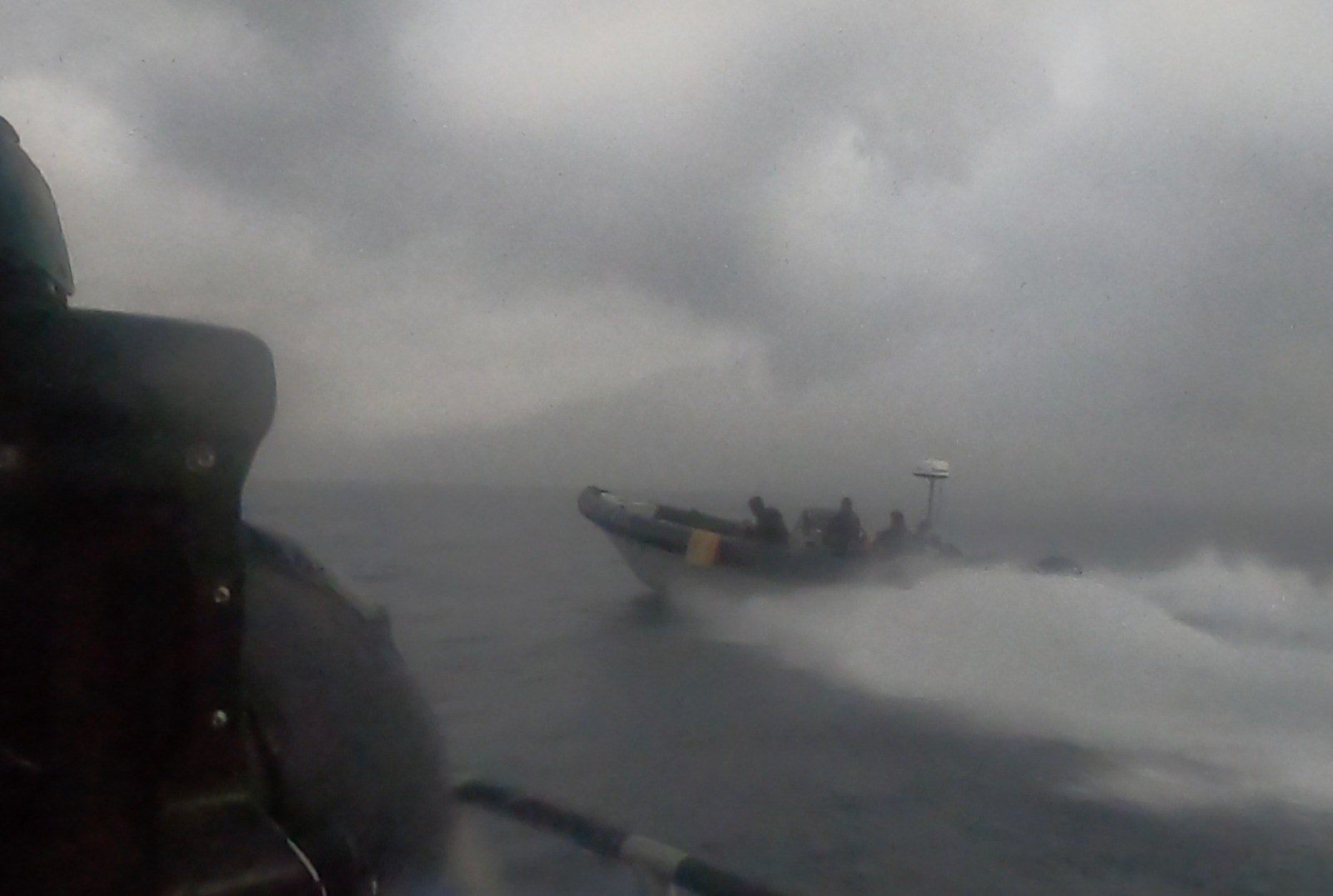 In returning the verdict, jurors accepted that the men, who were heading to Spain, may not have known they were in Gibraltar waters or that the vessel they were on was a prohibited import, as were the drugs.

Prior to the trial, Francisco Javier Roca Cabello and Francisco Andres Fernandez Sanchez, of Algeciras, and Juan Manuel Rivera Montero and Juan Carlos Gutierrez Exposito, of La Linea, admitted to possession of the drugs.

Fernandez Sanchez, the coxswain of the RHIB, also pleaded guilty to a further charge of damaging HM Customs vessel HMC Searcher during the pursuit.

But all four denied knowingly importing the drugs or the vessel into Gibraltar waters.

On Thursday, in a courtroom packed with friends and family, jurors acquitted them of being knowingly concerned in the importation of drugs into Gibraltar in August 2021.

They were also acquitted on a further charge of importing a rigid-hulled inflated boat (RHIB) longer than six metres into Gibraltar, a prohibited vessel in Gibraltar.

During the trial the Director of Public Prosecutions, Christian Rocca, told jurors this was a professional operation and drug importation took place as soon as they entered British Gibraltar Territorial Waters (BGTW), which they had several times that morning during the course of a chase at sea.

Mr Rocca also told jurors there was no need to show they wanted to land goods in Gibraltar.

But defence lawyer, Chris Finch, said his clients were not aware they were in Gibraltar waters.

In his closing statements to the jury, he said there are no demarcation lines signifying the men had crossed into BGTW.

“[There was] no thought in their mind they were in BGTW,” Mr Finch said.

He added these men are at the “lower end of the ladder” in the drug trade and called them “expendable” and “pawns” to the “bigger pieces” on the chess board.

When summing up, Chief Justice Anthony Dudley directed jurors to ask themselves whether the men knew they were in BGTW, whether it was part of their plan to enter BGTW and whether Fernandez Sanchez knew that the RHIB was a prohibited import in Gibraltar.

The evidence showed the men had entered BGTW five times on the morning of August 18, 2021 as they evaded Spanish police.

The men were pursued once by Royal Gibraltar Police vessel ‘Bravo 3’, where they jettisoned numerous bales of cannabis resin, but evaded capture and left BGTW.

Later that morning, the men returned and collided with HMC Searcher. It was during this second pursuit that they were then arrested.

The jury deliberated the evidence for four hours before returning their verdict on Thursday afternoon.

The men have served 17 months in custody awaiting the trial and will be sentenced for the charges they have admitted to on February 23.

While the verdict will not be affected, the Crown intends to appeal the judge’s decisions on points of law regarding the offences of importation of the drugs and the RHIB.

CLARIFICATION: Previous reports in this newspaper have stated the valuation of the drugs at £13m. However, due a change in the total amount of the drugs after arrest from 2.6 tonnes to 2.2 tonnes, the Royal Gibraltar Police assessed the value at around £11m prior to trial.