The Royal Navy Gibraltar Squadron’s (RNGS) Marine Engineering Department has received a Herbert Lott Award for its work in challenging circumstances this year.

The award was presented recently by the Commander of the British Forces Gibraltar, Commodore Steve Dainton.

The award follows on from the “tireless” work put in by the department throughout the year that has seen it ensure maximum availability of kit was maintained throughout a busy period which included transitioning to the Archer Class P2000 vessel, reduced manning and Covid-19. 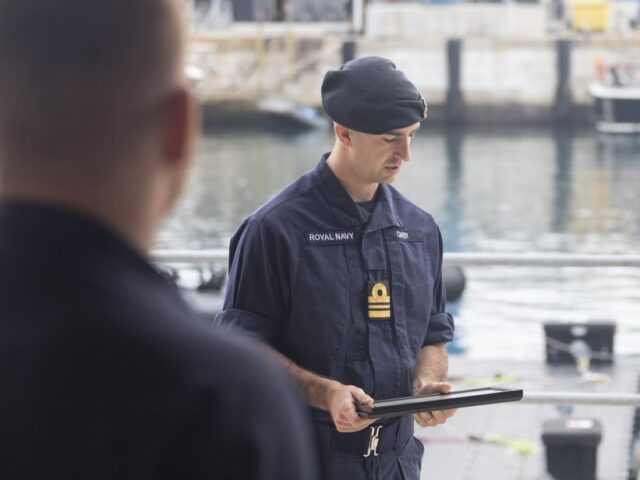 A statement released by British Forces Gibraltar said: “The Marine Engineering department has fought tirelessly to maintain the operational capability of RNGS through the maintenance and upkeep of 2 x P2000, 2 x LPV and 4 x RHIBs.”

“The department as a whole has remained highly professional and effective despite the challenges that have been thrown their way since March 2020.”

“The Marine Engineering department at RNGS have worked above and beyond their terms of reference over a significant period of time and are fully deserving of this Herbert Lott award.”

In the midst of the Covid-19 period, the department maintained their standard of work and maintenance of RNGS craft whilst adapting their working hours as to minimise contact with duty crews. 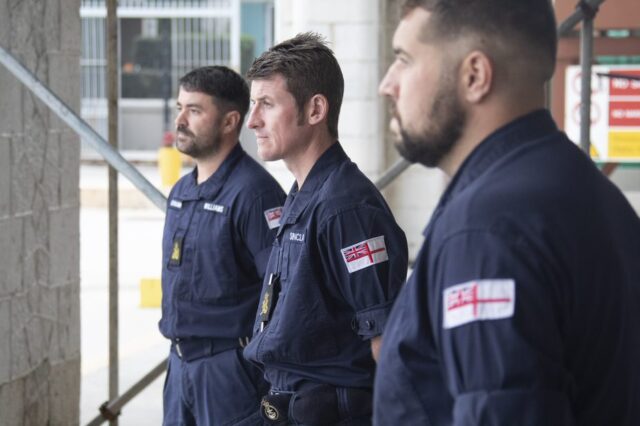 In fact, the department has been described as pragmatic as they found new ways to work in order to ensure that tasks, such as the Annual Survey and Repair Period for HMS Scimitar were successful.

The department were also heavily involved in the aforementioned transition from the Scimitar Class Lifespan Patrol Vessel to the Archer Class P2000.

Significant input was needed by the department to ensure a “smooth transition”, which otherwise would “not have been possible” were it not for the “drive, motivation and initiative” displayed. 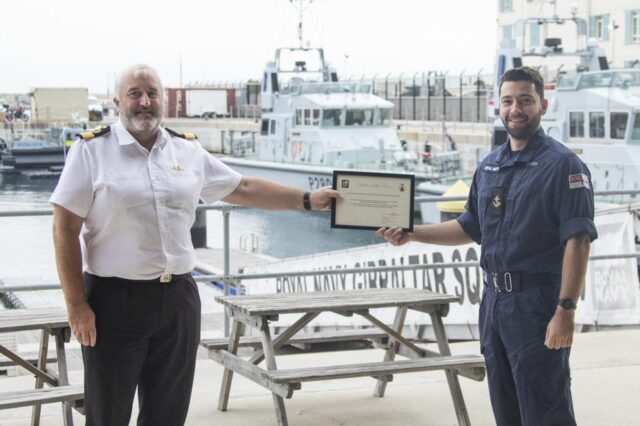 Commanding Officer (CO) RNGS Lieutenant Commander Lloyd Cardy Royal Navy said: “It is only right that this group of outstanding, technically minded individuals received recognition for their exploits throughout the year.”

“Recognising not only their core role as engineers but also their contributions to the operational output of RNGS by acting as Coxwains of the RHIBs used in British Gibraltar Territorial Waters (BGTW) and as ship’s engineers at sea on HMS Dasher and HMS Pursuer.”

Mr Herbert Lott was a member of the London Stock Exchange and was extremely interested in the Royal Navy and the part it played in the defence of the Commonwealth. In 1928 he opened negotiations with the Admiralty for the creation of a Trust Fund and made an initial donation of £20,000, which he increased shortly after by another £5,000.

The Herbert Lott Naval Trust Fund was instituted in 1930 to make awards to "those who shall show marked efficiency or shall contribute in signal degree to the improvement of the appliances of the Naval and Marine Forces".