By Gabriella Peralta and Eyleen Gomez

There were roaring cheers, applause and tears last night as Gibraltar heard the outcome of the abortion referendum, with 62% voting yes to enact new legislation legalising terminations under defined conditions.

Almost two years after the Gibraltar Government announced a referendum on whether abortion should be legalised in Gibraltar, a decision has finally been made by the people of Gibraltar.

But the turnout was lacklustre, with just 52.75% of eligible voters casting their ballots.

The vote followed months of campaigning, a pandemic postponing the previous referendum date, and a renewed campaign.

And despite the rifts in this community arising from this emotive debate, both sides echoed calls for unity going forward.

Referendum Administrator Paul Martinez announced the final outcome just before 1am to a packed audience in the University of Gibraltar.

The result was met with chants of ‘no more shame’ from Gibraltar for Yes, as they celebrated, hugged and cried for joy. 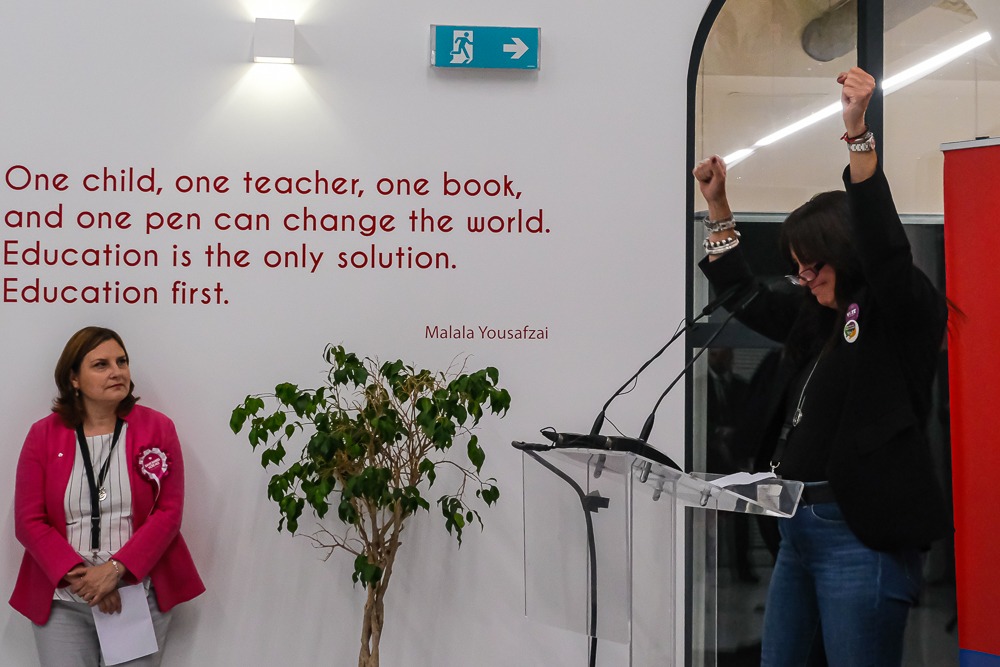 Isobel Ellul, spokeswoman for the Gibraltar for Yes campaign, took to the stage in triumph.

She told the Chronicle that she was delighted and humbled by the outcome.

“Gibraltar has turned out to be mature, liberal, caring,” she said.

“Despite reservations we had throughout the day of low turnout, but what faith we had in the people of Gibraltar.” 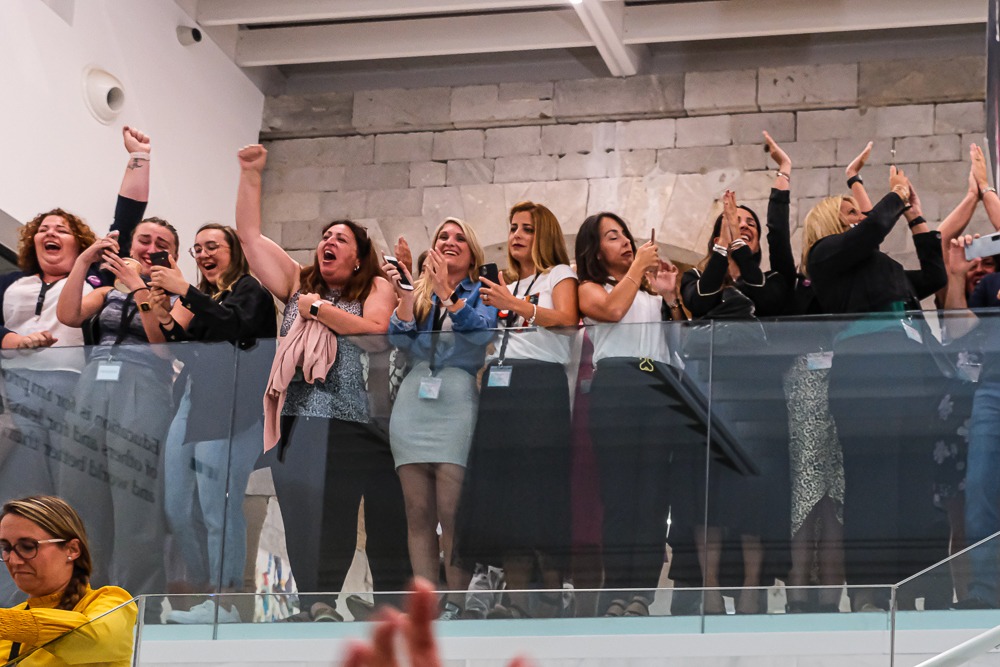 Both sides, Gibraltar for Yes and Save Babies, Vote No, put forward their campaigns to the public with vigour, holding rallies, marches and vigils as well as debating in a variety of public forums.

But the hotly contested campaign at times exposed rare but deep divisions in this close-knit community.

Each camp, at opposite ends, gave their views on a new law that will allow women in Gibraltar the access to abortions locally.

Now the hope is that after this divide and the inevitable disappointment for many voters, Gibraltar will unite behind the decision. 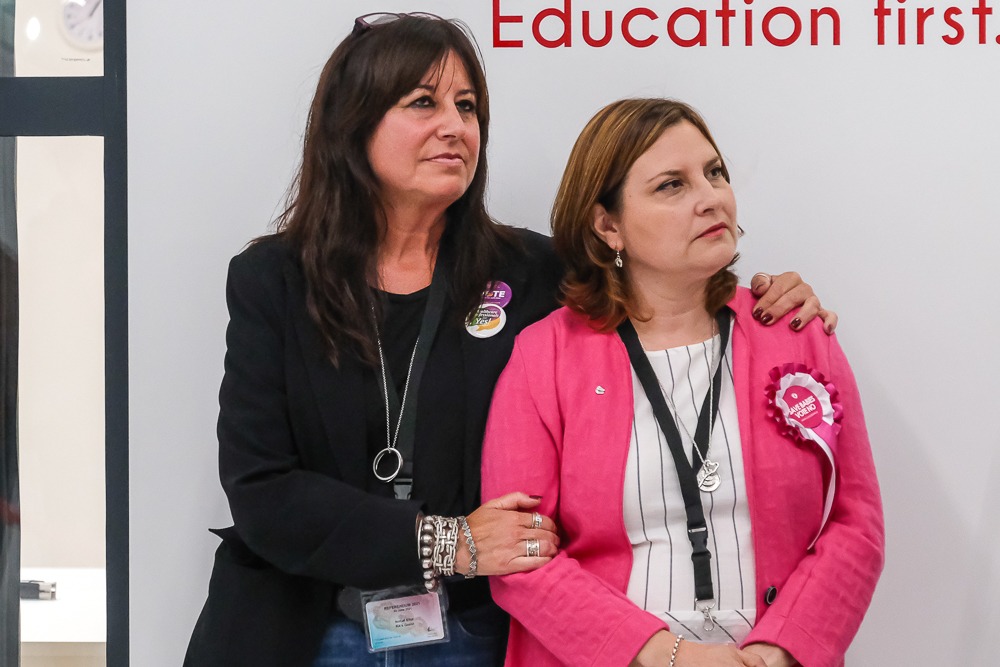 For Save Babies, Vote No, the result was a blow after months of campaigning.

“It’s disappointing for us as we feel it is a very extreme law,” said spokeswoman for Save Babies, Vote No, Karenza Morillo.

“Once the laws are brought in it is very difficult to get the extra services for women that were promised. Abortions do increase year by year in other countries where it has been legalised.”

“At the end of the day, the work is still the same for us.”

Ms Morillo said the Gibraltar Pro-Life Movement had not started due to the referendum, and that their work with women and tackling the root causes of abortions will continue.

“Now we will have more time, because this has taken a lot of our time and Covid as well put a stop to things,” she said.

“We’re hoping now we can carry on without this distraction.”

The Gibraltar Pro-Life Movement will aim to tackle issues such as post-abortion healing and are grateful for the discussion, also signalling the need for unity going forward.

“Now is a time to work together and to improve systems,” Ms Morillo said. 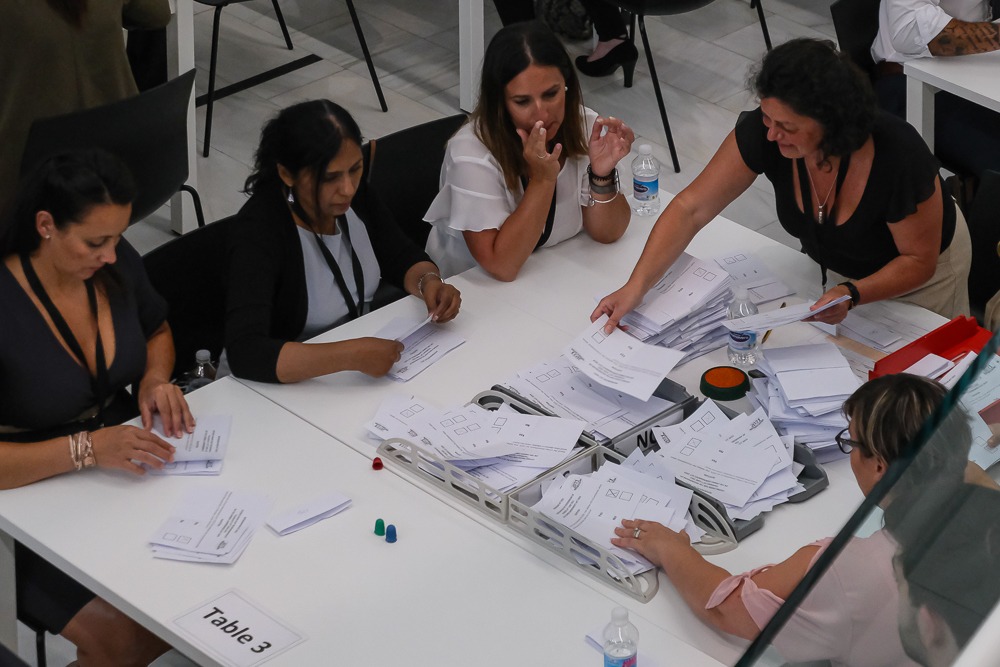 The result means new legislation amending the Crimes Act will be enacted to allow abortions to happen in Gibraltar under certain defined circumstances.

Turnout was lower than past referendums with 52.9% of the 23,343-strong electorate casting their votes when the ballots closed at 10pm on Thursday.

The Gibraltar Parliament had passed the Crimes (Amendment) Act 2019, which amended the law in relation to the termination of pregnancies and relaxed the rules to allow abortions where a woman's mental or physical health is at risk or when foetuses have fatal physical defects.

But this had not been introduced pending the outcome of the referendum, in which voters have now decided to trigger the law.

Under existing law, abortion is banned in Gibraltar and punishable by up to life imprisonment except in cases where it would save the mother's life, although no one has ever been convicted.

Chief Minister Fabian Picardo had campaigned for Gibraltar for Yes, but after the vote called for reunification.

“The result has been the one we have campaigned for and I want to be clear that today is the beginning of reunification between all Gibraltarians, whether they supported the Yes campaign of the No campaign,” Mr Picardo told the Chronicle.

“Because we are committed to doing the implementation to a very high standard, to ensure we introduce new services into the GHA and we can only do that together.”

Mr Picardo added the next step is that either he or the Minister for Health and Justice will commence the Crimes Amendment Act (2019), which will begin the process of allowing abortions to be carried out by the GHA.

Leader of the Opposition, Keith Azopardi, said this had been a divisive campaign and echoed calls for unity.

“It is now important for the community to try to heal and go forward and ensure that we at least find some common ground on at least these important issues that affect women,” he said.

“Secondly I think the people have spoken, the majority has not been as clear as last year’s opinion poll, but it’s still a significant majority.”

“I think it’s important to consider and reflect on that strength of feeling and that’s what people need to do.”

Mr Azopardi had expressed his views in the run up to the referendum, stating he would vote for No.

“I share a sense of disappointment that anyone who voted no as a matter of conscience would feel today,” he said.

“But I think has a democrat also, which fundamentally I am, I think it is also important when you have referenda, when you consult the people in an important question of policy, it is important to respect the outcome of a referendum.”

Leader of Together Gibraltar, Marlene Hassan Nahon, had campaigned for the Yes vote and said she was elated by the outcome.

“It hasn’t been a slim majority, it has been a healthy majority, and I think that’s important as a majority for either side, to have a defining majority that doesn’t split the community so equally,” she said.

“That there’s a strong mandate, I think that’s very important and I think it’s been a great turnout despite the fact it’s been a low turnout.”

“It’s a huge day for women in Gibraltar,” she said.

“Unfortunately yes, it’s been divisive by the fact that we’ve had a referendum, it’s been a risky move because it could’ve gone the either way.”

Ms Hassan Nahon said next will be campaigns for family planning services and robust support for women who may or may not be considering terminations.