There are three important dates in the history of the Trade union and the Labour movement in Gibraltar.

The TGWU in the early 1960s was an organization with a low membership and had little impact in the life of working people. The fact that the Spanish frontier employees were not allowed by their Fascist Government to join any union, didnt help. The entity was maintained alive by volunteers who collected on a weekly basis their subscriptions. One of those was Lionel Santos in the MOD.The TGWU was also amalgamated to the AACR political party.

The political situation in that period viz a viz Spain, was getting worse every day. Visits to La Linea by local residents showed a tremendous decline. The female contingent from our neighbours that were employed in Gibraltar had been wiped out, with only Male Frontier Workers, which had also decreased, commuting to the Rock everyday. 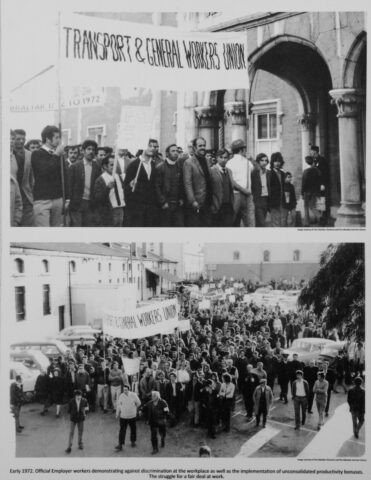 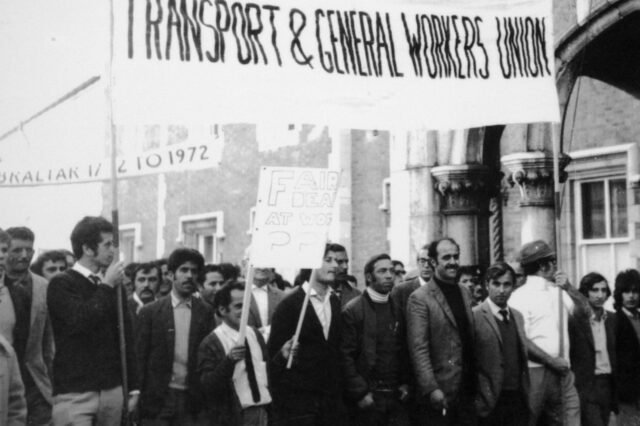 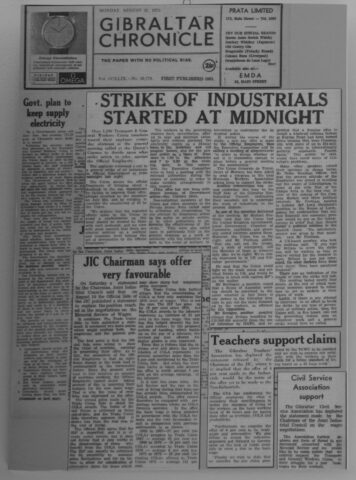 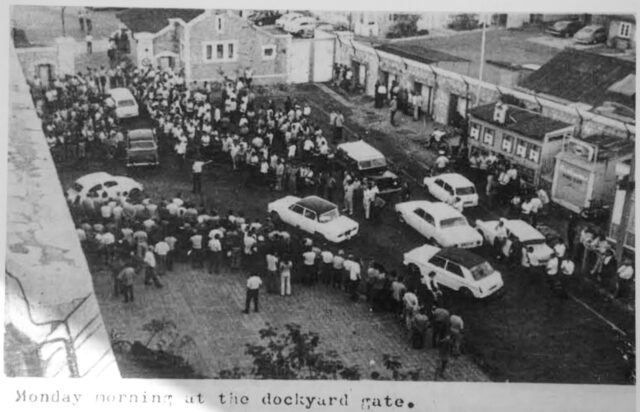 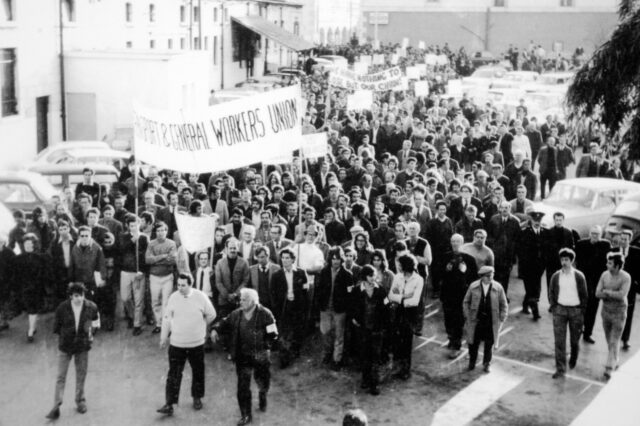 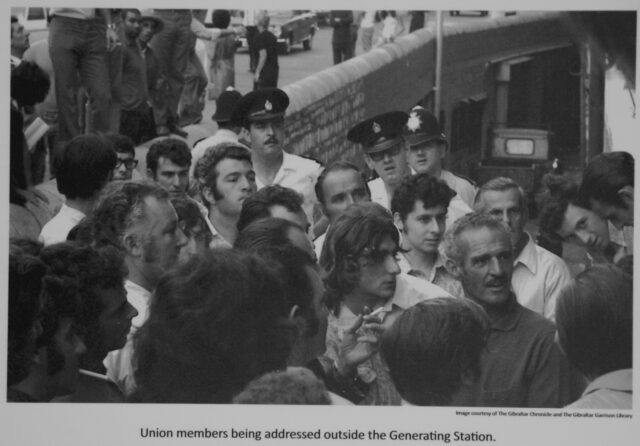 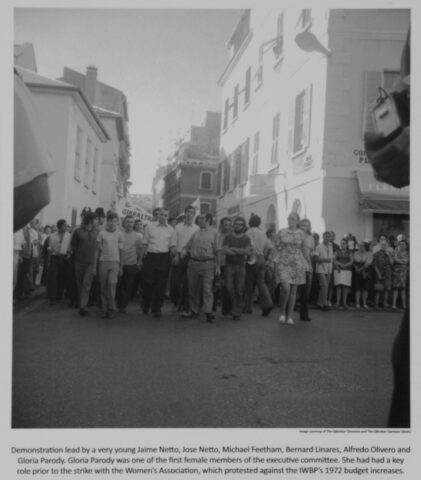 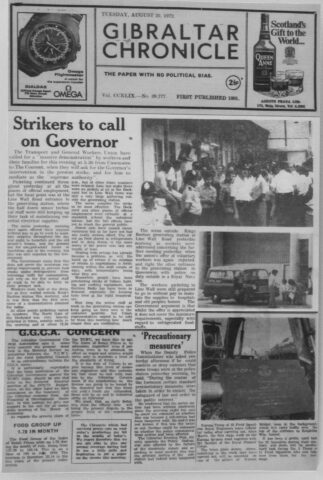 Things were changing in many aspects. Economically, Socially and in the Labour Movement.

At that time mid 60s, a religious organisation, with a difference appeared in the scene. They were established in all Catholic Countries in South America and in Europe. They were called the Young Christian Workers.

His founder was Rev Joseph Cardjin, a Belgian Roman Catholic Cardinal first in 1919 as the Young Trade union. In 1924 it change its name to the YCW.

This organism contrary to many people's assertion was set up by Mgr Edward Rapallo (who later became Bishop) locally. Though it beyond any doubts that it was activated and led by Father Bernard Linares. Who incidently was the YCW Chaplain.

This Christiansm/Tradeunionism doctrine was well supported by many, and a large group was formed, and become a movement. Thier motto was See, Judge, Act. This Catholic priest became very active in the Trade unions, Revolutionary Political organizations in the world.

Their aim was directed at representing and defending the interest of Working People. As such it was a complement to the trade unions.

This group through their work had gathered momentum. Their clear objective was to accede to the TGWU and radically change its policies.

This they did, and the membership and participation of the members grew significantly. 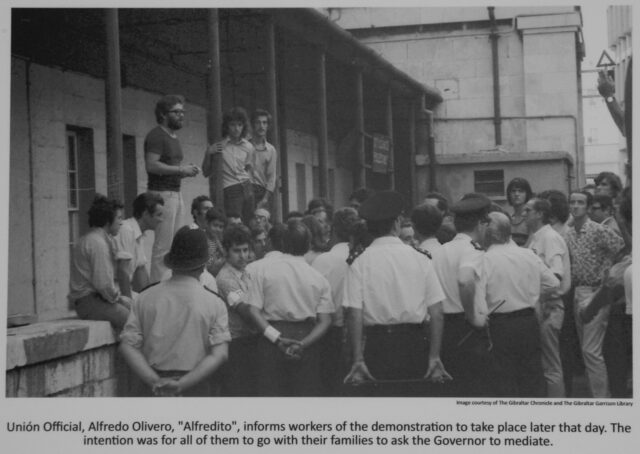 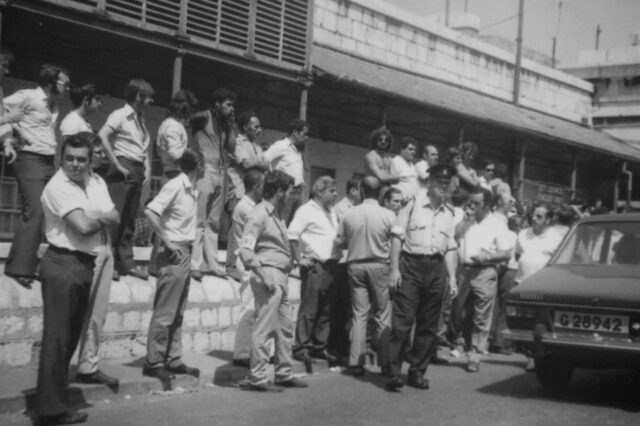 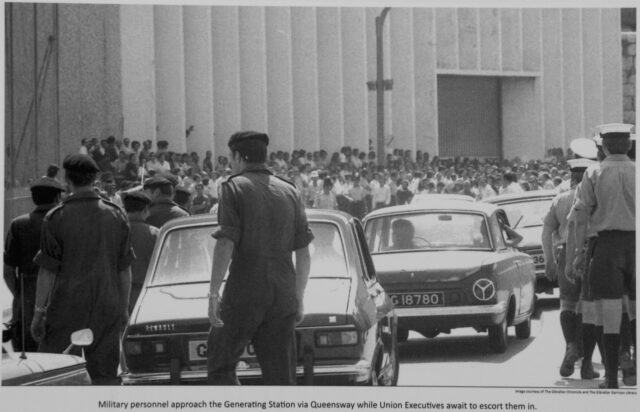 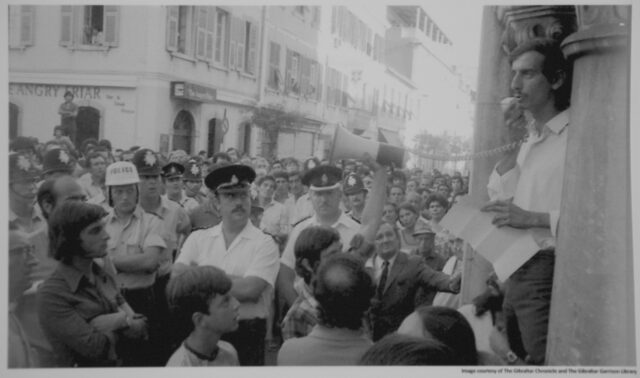 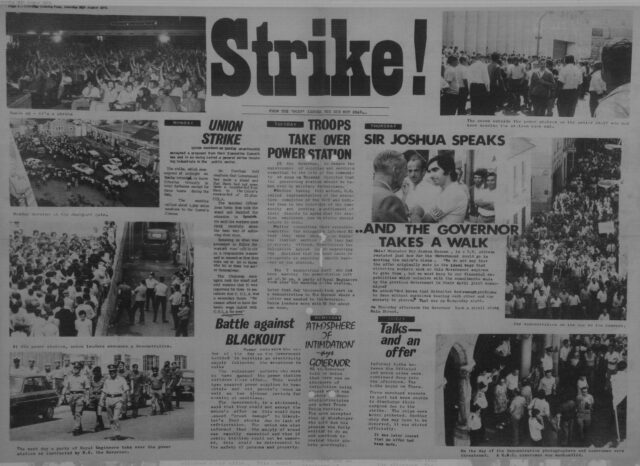 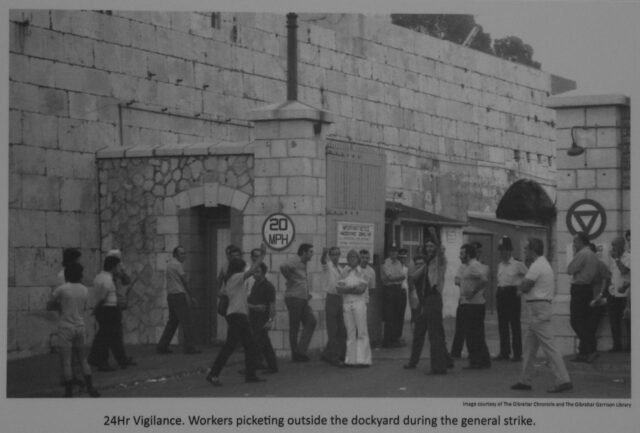 In 1971 the TGWU breaks its Iinks with the AACR, and become an independent union, which satisfied the aspiration of many shop stewards and activists.

The TGWU had now become a solid organisation. This had to be proven when facing the Official Employers(this consisted of the MOD/GOG, though the former had the most employees in Gibraltar in the 1970s)A new situation now arose, with no Frontier Workers. The local workforce on it's own two feet. An historical moment not seen before.
What would be the reaction of the members if there were a confrontation?

The TGWU in 1972 as usual, submitted their annual pay claim.
The response from Management was a meagre 40p increase unconsolidated into the basic pay.
A general meeting of the membership was convened at the Queen Cinema. The place was packed with people even outside, listening.
As expected the offer was overwhelmingly rejected. The three leaders;
1 Bernard Linares
2 Michael Feetham
3 Jose Netto

They spoke to those present there, who were longing, especially the young ones, for strike action.
After a few intervention and as dictated by the union rules, a motion was laid down and seconded, for an immediate and indefinite General Strike. This was passed unanimously, with everybody standing up and applauding.

An unforgettable Chapter in the annals of the history of the unions locally.

The industrial action lasted for 5 days,from the 22nd August to the 26th.

One of the happiest day of my life.

The spirit of fraternity and camaraderie shown during that week was unbelievable.

The Official Employers ceded and offered a pay rise of £1.85 and the bonus all consolidated into the basic.

The Gibraltar Working People had become of age. Had emancipated.

We should never forget these events as it's part of our history.

People fighting and struggling against Employers who favours low pay 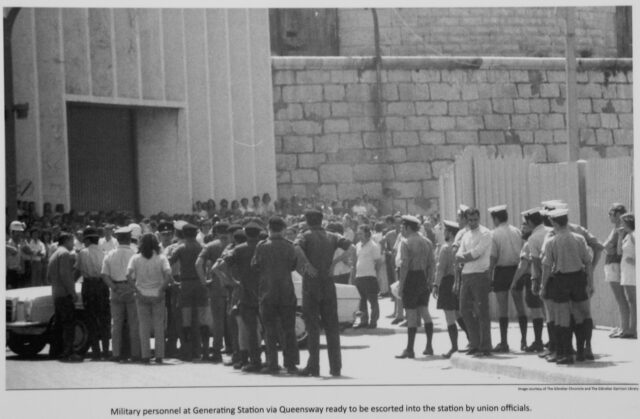 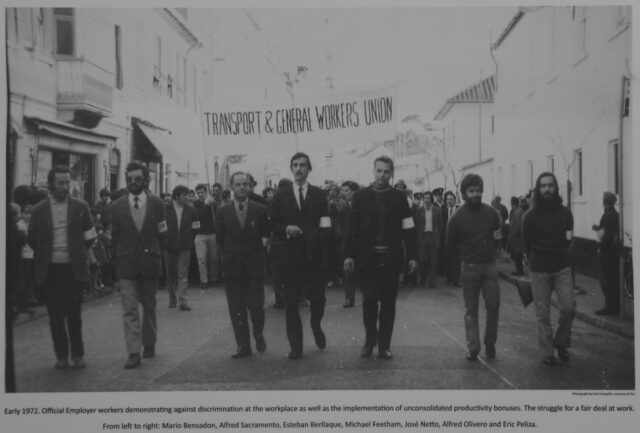 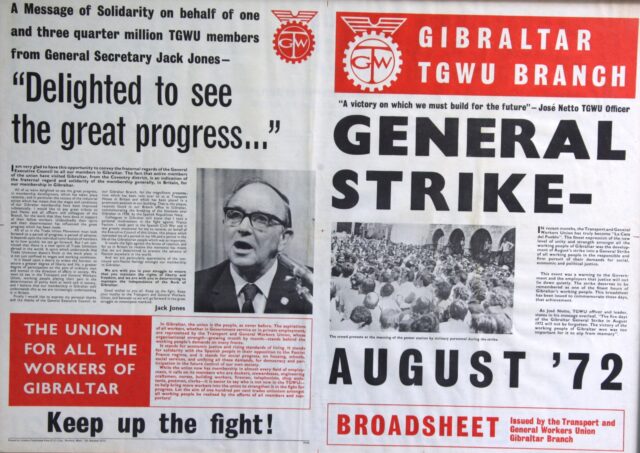 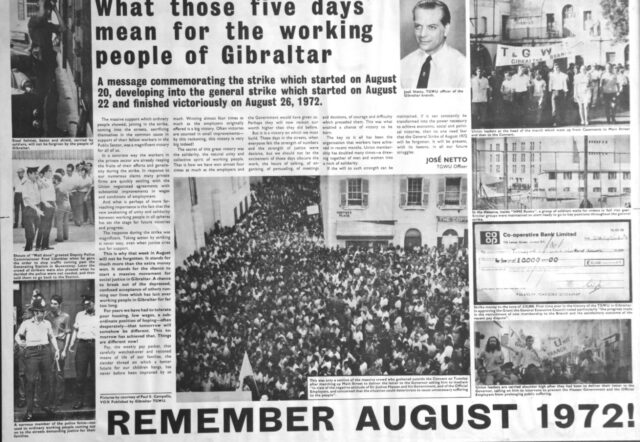 A man of many hats with strong values and principles