Guy Fawkes: Exploring the mythos of the man behind the mask

By Luke Rix-Standing
When Guy Fawkes was caught in the basement of the Houses of Parliament, a lantern in one hand, an unlit fuse in the other, he was not granted the privilege of a quick death.

He was manacled, tortured, and then sentenced to be hung, drawn and quartered. When execution day came, he was dragged to the gallows by a horse and forced to watch as three of his co-conspirators were hung - then cut down and dismembered, probably while still alive. To escape the same fate, Fawkes leapt from the scaffold, successfully breaking his own neck.

Today, Fawkes fills two distinct roles in society. First, he's a figure of fun, a scarecrow paraded through the streets and burnt on the bonfire, amid fireworks and merriment. Second, he's a symbol of rebellion, invoked by self-described anarchist Alan Moore in his bestselling graphic novel V For Vendetta, and adopted by anti-establishment movements from hacking group Anonymous to the Million Mask March. 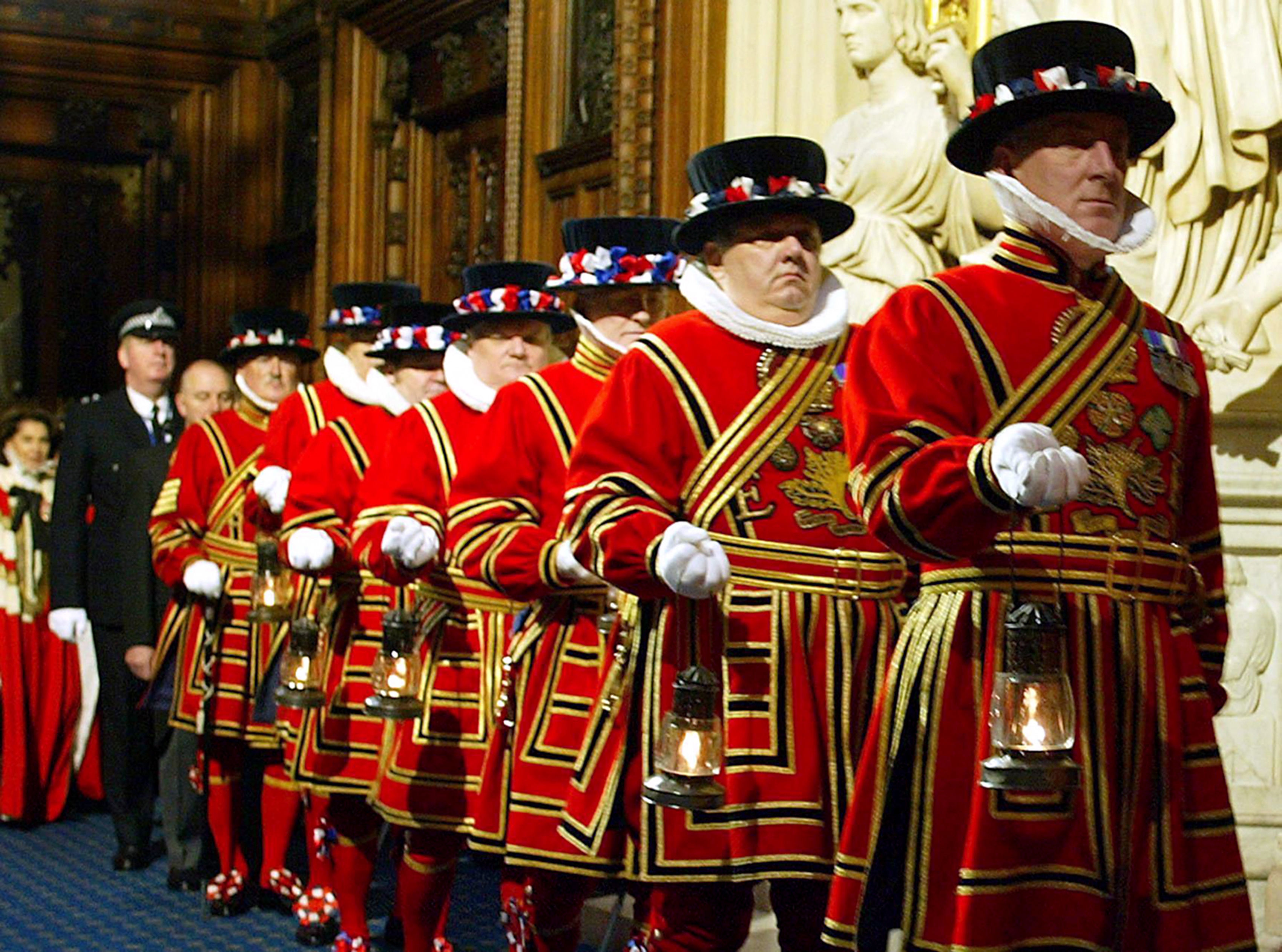 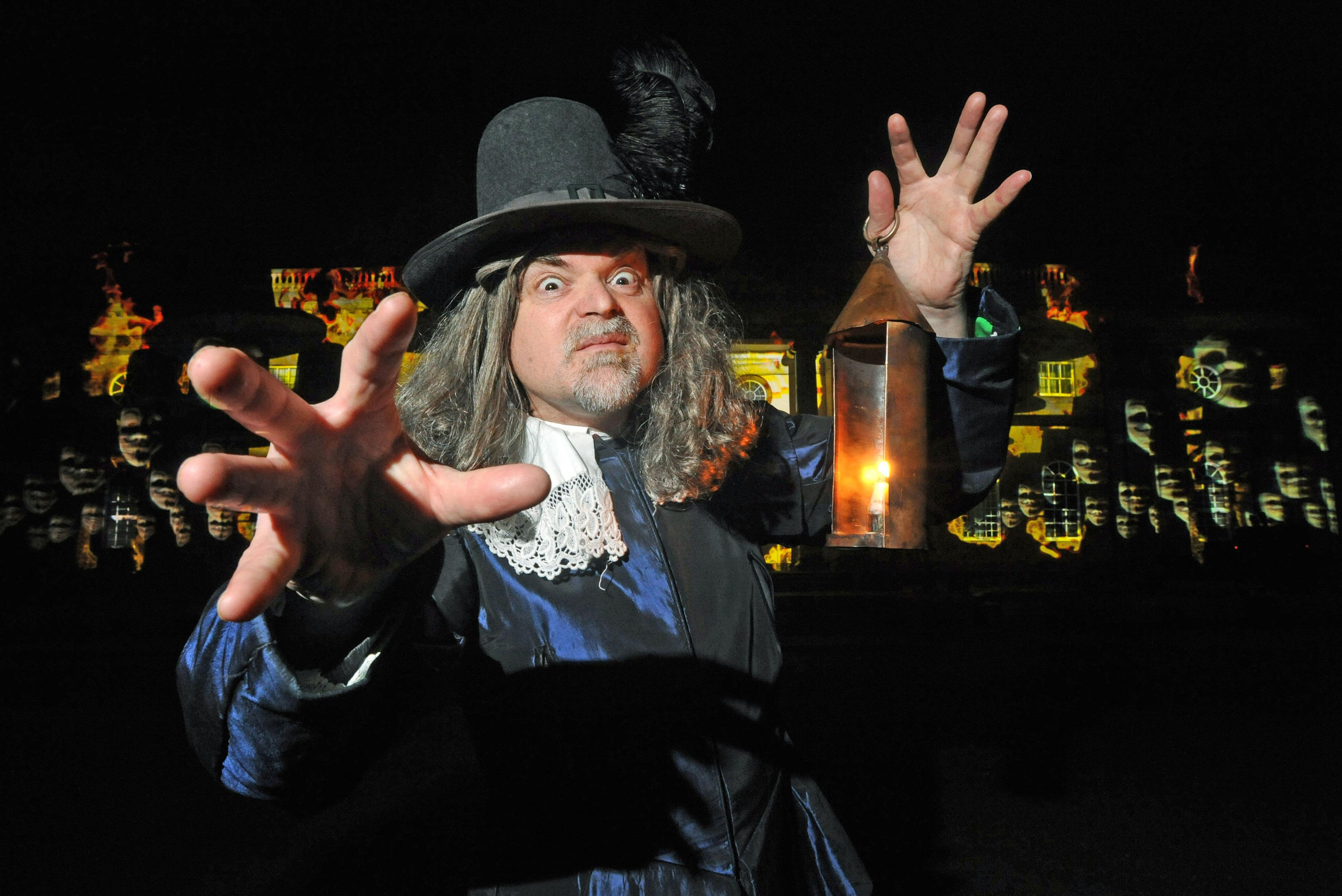 It's pretty obvious which one Fawkes himself would prefer. We examine his life and times to see why this would-be king-killer is still burning brightly today...

Just a regular Guy
Impossible as it may seem, Guy Fawkes, one of history's most notorious Catholic revolutionaries, was born a Protestant. The only son of Edward Fawkes, a proctor in the Church of England, his maternal grandparents were recusant Catholics (just imagine Christmas dinner). Had his father not died while he was still young, and his mother remarried a Catholic, it's possible that Bonfire Night might not exist.

Fawkes attended St Peter's School in York, which to this day refuses to burn its former student. The young Guy turned to Catholicism in his late-teens, and quickly proved the old adage that there's none so zealous as a convert. At 21, he shipped off to Europe to fight for Spain in the 80 Years' War.

It was there that he adopted the nickname Guido Fawkes - an Italian variant of his birth name likely meant to reflect his newfound enthusiasm for Rome.

A man of devout faith, cheerful disposition and boundless energy, Fawkes was tall and well-built, with a sumptuous moustache that split his face from ear to ear. He was incensed by the increasing suppression of British Catholicism, and the ascent to the throne of the "heretic" King James.

After fighting bravely at the Siege of Calais, Fawkes journeyed to the court of Phillip III of Spain to seek support for an English uprising, not 15 years after the failure of the Spanish Armada. He was received graciously, heard politely, and promptly sent away with nothing.

A rebel with a cause
Back in England, disgruntled at his failure to foment rebellion, Fawkes was put in touch with Robert Catesby, reportedly a distant relative of Game Of Thrones star Kit Harington, and the real mastermind behind the Gunpowder Plot. 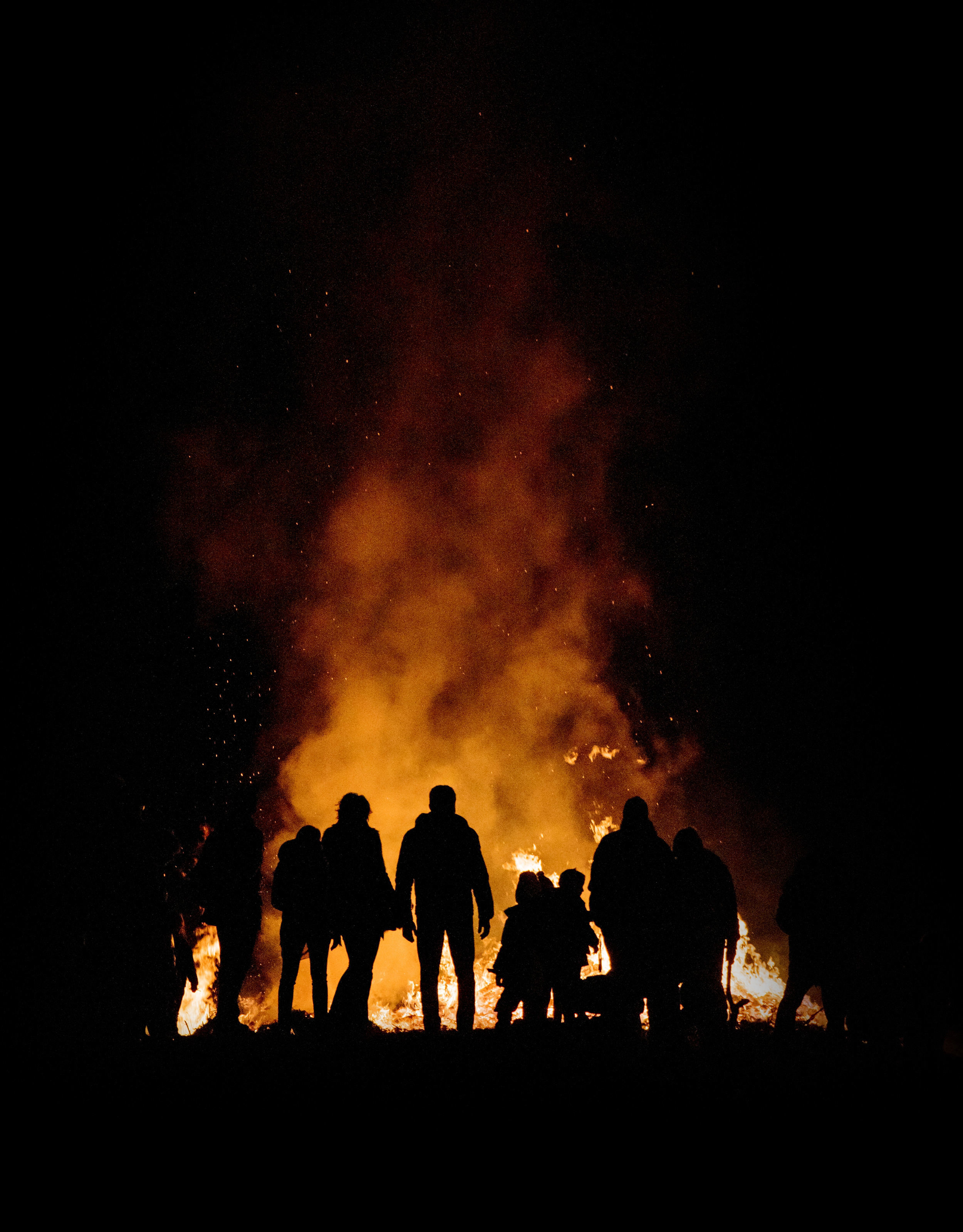 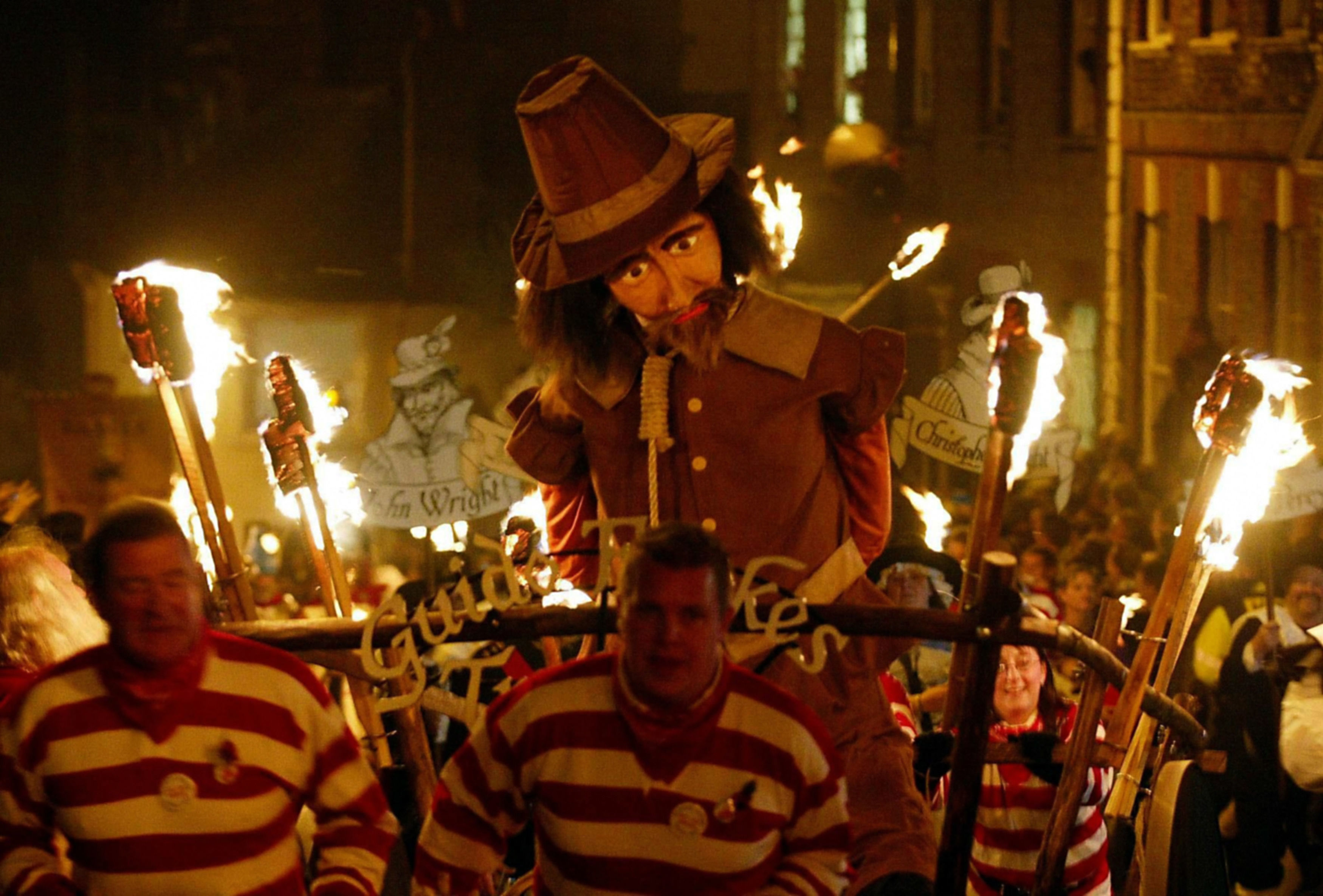 In May, 1604, Fawkes, Catesby, and three other conspirators swore an oath in the backroom of a London Inn, pledging to assassinate King and courtiers at the State Opening of Parliament by blowing up the House of Lords. "In that place have they done us all the mischief," said Catesby, "and perchance God hath designed that place for their punishment."

Over the following months, the five conspirators became 13. In an unlikely stroke of fortune, they managed to lease a cellar beneath the House of Lords (this cellar, incidentally, no longer exists - it was destroyed by fire in 1834), and packed it with explosives by cover of night. Fawkes, a soldier with experience of gunpowder, was appointed to guard the vault, and was to be their trigger-man when the time came.

It's hard to say exactly what might have happened had the plot succeeded, but the King, Queen, and 11-year-old Prince of Wales would have been wiped out in a pinch, along with most of the realm's senior officials, churchmen, and MPs. The Exchequer, the royal courts, and Westminster Abbey would be reduced to cinders, and every arm of legitimate government would have been left without a chain of command.

Into this gaping, void-like power vacuum, the plotters meant to install James' nine-year-old daughter Elizabeth, under a protectorate sympathetic to Catholic interests. It was a very, very ambitious plan.

Caught in the act
In early November, 1605, Catholic nobleman Lord Monteagle received an anonymous letter, urging him to forgo the annual opening of parliament.

"My Lord," it read, "out of the love I bear some of your friends... I would advise you as you tender your life to devise some excuse to shift your attendance at this parliament... for though there be no appearance of any stir, yet I say they shall receive a terrible blow."

To this day, no one knows who penned this history-altering missive, but whoever they were, their faith in Monteagle was misplaced. The letter was promptly passed to King James, and though many of his advisers dismissed it as a hoax, officials began scouring the buildings around parliament.

A little after midnight, Fawkes was discovered standing suspiciously in his storeroom, dressed in full cloak and spurs, beside a conspicuous mound of firewood. Beneath the wood was found a cartload of explosives, and beneath his cloak, matches. For all the carnage such an attack could have caused, some experts now claim that the powder had 'decayed' and would have emitted no more than a spark.

Defiant to the last, Fawkes was brazen in his contempt for his captors. After briefly claiming that his name was 'John Johnson', he proudly declared that his intent was "to blow you Scotch beggars back to your mountains".

Fawkes in flames
When news of the foiled plot spread among the populace, the public began lighting bonfires in celebration, though it was the Pope, not Fawkes, who initially sat atop the pyre. In a massive PR coup for the monarchy, November 5 was declared a national holiday by an act of parliament on January 21, 1606. To ensure maximum patriotism, it was made illegal not to join in the celebrations, and remained so until 1859.

The link with pyrotechnics is pretty self-evident, and in 1607 revellers in Canterbury set off more than 100lbs of gunpowder. It was an early taste of the Bonfire Night bangs to come, though fireworks didn't cement their place in the festivities until the early 20th century.

In 1831, enthusiastic merrymakers in Exeter burned a turnip-headed effigy of their new bishop, and the effigies have since grown steadily more diverse. During World War One, the Kaiser was incinerated, as was Hitler during World War Two. The town of Lewes is still notorious for its raucous celebrations, featuring boisterous crowds wielding burning brackets, and elaborate effigies of politicians and other public figures. Prime Minister Boris Johnson, ex-FIFA President Sepp Blatter, former Top Gear presenter Jeremy Clarkson, and controversial columnist Katie Hopkins have all been 'victims' of the blaze.

Long an arch-villain, Fawkes now occupies a more nuanced place in the annals of British history. In 2002, the public voted Fawkes the 30th greatest Brit of all time. Make of that what you will...
(PA)