Writing about Italy can be dispiriting and foolhardy: what can you say which hasn’t been said before and better? One way to avoid repeating what more informed and better prepared writers have done is to limit yourself to dwelling on experiences which are peculiar to you and which you hope no one else has had. This approach has the advantage of being personal and maybe even enlightening. We will adopt this way of writing about our experiences in Italy: we here means my wife, Barbara, and I.

For many years we yearned to ‘do’ Italy in great detail. Our aim was to travel the length and breadth of the country, especially seeking out the less well-known towns and cities, and seeing works of art which don’t usually attract too much attention. We enjoyed an initial tour, called La Bella Italia, which only confirmed our suspicions that there was a great deal to explore and that individual towns, churches, art galleries, monuments all required repeated visits and careful inspection. 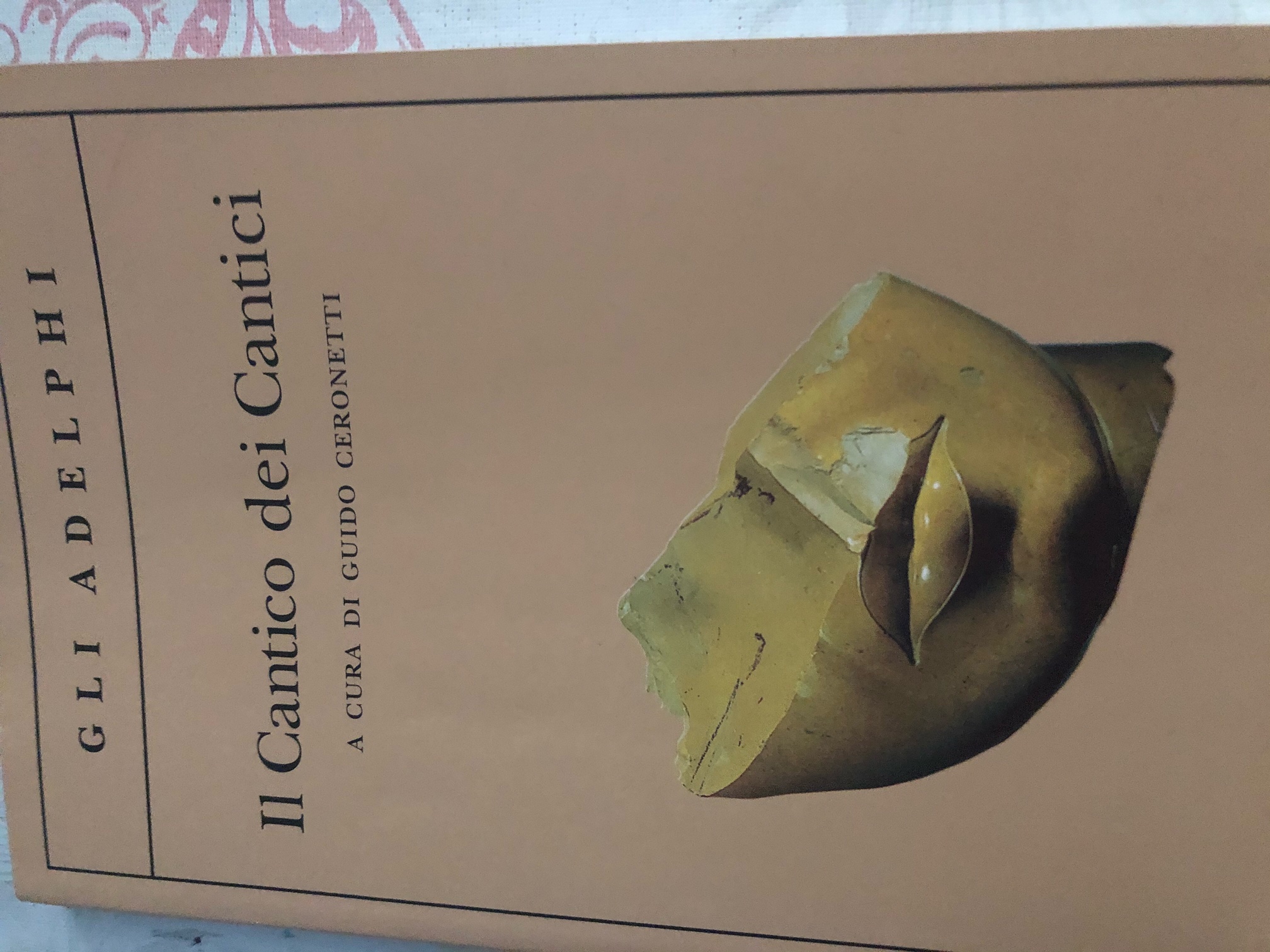 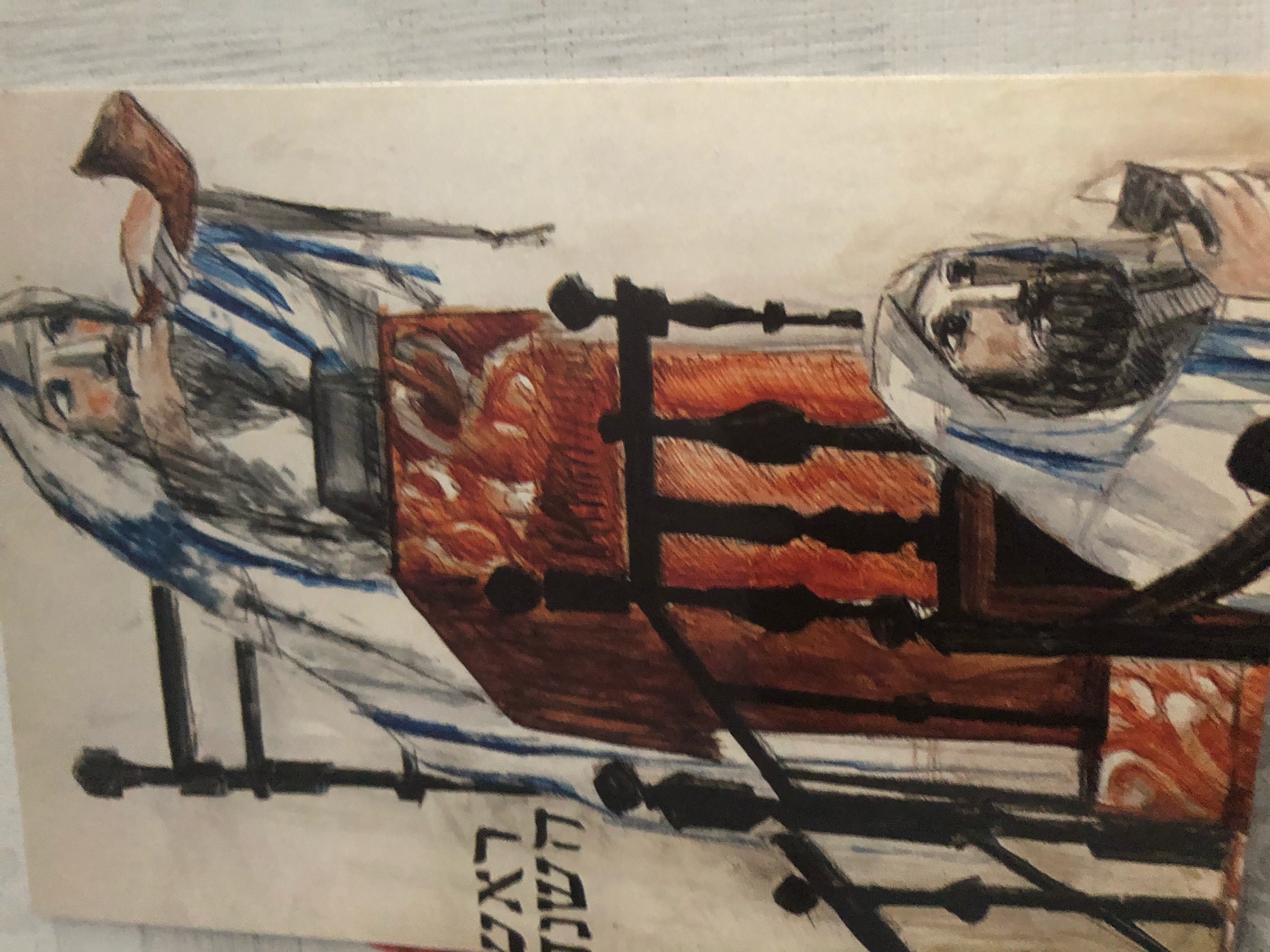 They say all roads lead to Rome, but we will be unconventional and start our rambles and travels in Bologna. Now Bologna is a sturdy, emphatic, physical place. Most of the buildings are a pink, brownish colour and nearly all have porticoes (called portici) with covered ways which make an umbrella superfluous: you can walk around the whole of the ‘centro storico’ without getting wet! The sinuous porticoes were built during the medieval period and have become the city’s most distinctive feature.

The essence of the portico is that everyone is constrained to go at the pace of a tortoise, which forces citizens to adjust to a gentler, more contemplative pace of life. Traffic can be ignored. In spite of its heavy architecture and massive pillars, Bologna can boast of being a cultured and sophisticated place. There are more bookshops than in any other comparable city in Italy. Of course, this is due to the presence of its university, the oldest in Europe.

One morning we went in search of a little church. After much meandering and asking the way, we stumbled upon our church which, to our chagrin, was ‘chiusa’, closed. We looked around in case there was a little door somewhere that might allow us entrance into the church, when I saw an impeccably dressed gentleman with a newspaper under his arm. I asked him in my halting Italian why was the church closed. He answered in perfect English that the clergy only used the church occasionally. He then very kindly invited us to his house.

He suddenly stopped and said: we are here. We looked up and saw a palazzo! We were ushered into an inner courtyard and then into his office. Signor Lenzi was the owner of huge fields of corn and wheat. There were photographs of his workers in the fields; he made a derogatory comment: Italian workers are slow and lazy.

Then, to our amazement, we caught sight of a letter or certificate signed by Benito Mussolini! His son then appeared and it was obvious from the look on his face, that his father made a habit of luring disoriented tourists to his house and showing off his possessions and artefacts. We had some photographs taken which were later sent to us. We were bamboozled by the Mussolini signature: was il Duce congratulating the Lenzi family for producing so much food, especially during the war years? Though we remarked on the signature, we thought it prudent not to inquire too closely what it meant. We met Signora Lenzi on the way out: she was going shopping but the reticule she carried could only have enabled her to buy a couple of croissants!

We’d read that Umberto Eco frequented a particular cafeteria for his morning coffee and it would be a real coup to shake hands with the man who had written The Name of the Rose. We located the Caffe Commercianti, the haunt of intellectuals and business tycoons. It turned out to be opposite Rossini’s house. The house was hermetically sealed so we concentrated our efforts on getting a hot coffee, a luxury you seldom enjoy in Italy. The waiter shouted ‘bollitti’ and, lo and behold, we did have a piping hot latte! The word bollitti even appeared on the receipt. Disappointingly, they had never heard of Eco in the cafeteria so we left without seeing the famous writer. 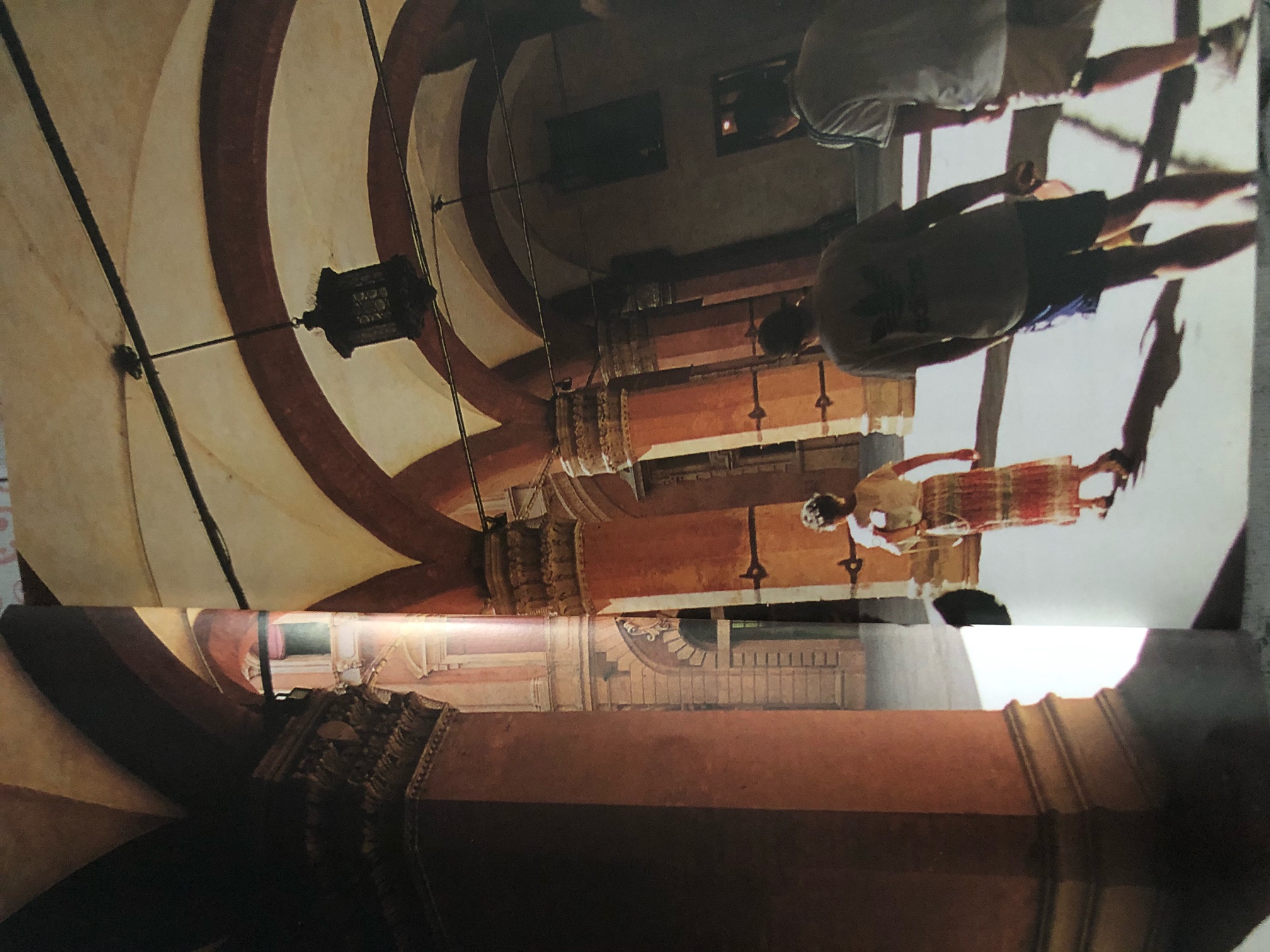 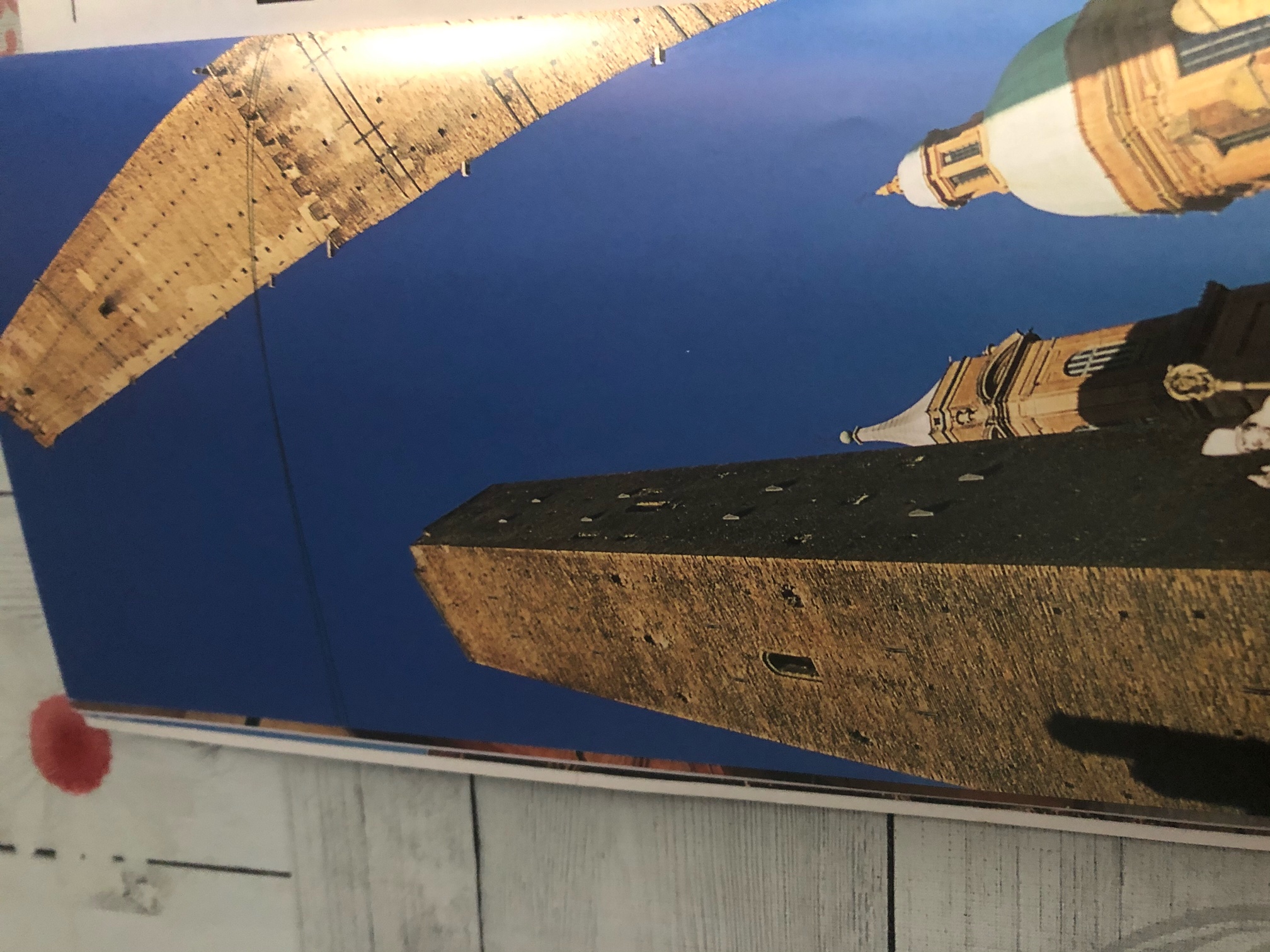 The guide books will tell you Bologna has attracted three epithets to itself: La Dotta (the learned); La Rossa (the Red); and La Grassa (the Fat). The three adjectives are well deserved and there is plenty of evidence in their favour. The university and the presence of so renowned an intellectual as Umberto Eco clearly show Bologna treasures things of the spirit and mind. The Red is testimony to the pink brownish colour of most of the buildings, and the least complimentary epithet reflects its gastronomic excellence. Tortellini remains the city’s signature pasta dish and it’s almost insulting to go to a restaurant and not order some tortellini. Spaghetti Bolognese is almost a foreign dish in Bologna!

One of the main piazzas, Piazza Ravegnana, is dominated by the Due Torri (Twin Towers). These two towers seem to lean towards one another and are the only ones left of the original three hundred with which medieval Bologna bristled. Their names: Torre degli Asinelli and Torre della Garesinda.

Just beyond Piazza Ravegnana you come across the Museo Ebraico di Bologna. Our short visit to the museum proved very rewarding. Apart from seeing some beautiful exhibits, we bought a copy of the Song of Songs in Italian and postcards of the work of Emanuele Luzzatti.

Bologna’s role as a prestigious centre of learning helped make the city one of the richest, most important and densely populated in Europe. The popes resented what they considered arrogance and annexed the city to the Papal States. Bologna has consequently always had an equivocal relationship with the papacy, and prides itself on its broadly secular stance.

This attitude has frequently led to anti-clerical feeling. Pope Paul II was appalled by the high divorce and abortion rates in Emilia Romagna, of which Bologna is the capital, and condemned the Bolognese as degenerates! But the pope failed to understand that in Bologna there are two competing forces: the Catholic Church and the civic values of a secular city state.

We couldn’t leave Bologna without visiting the Pinacoteca Nazionale, the finest treasure house in the city. The most impressive work here is Giotto’s luminous Madonna and Child; also worth appreciating are Raphael’s Santa Cecilia and Vitale da Bologna’s St George and the Dragon. 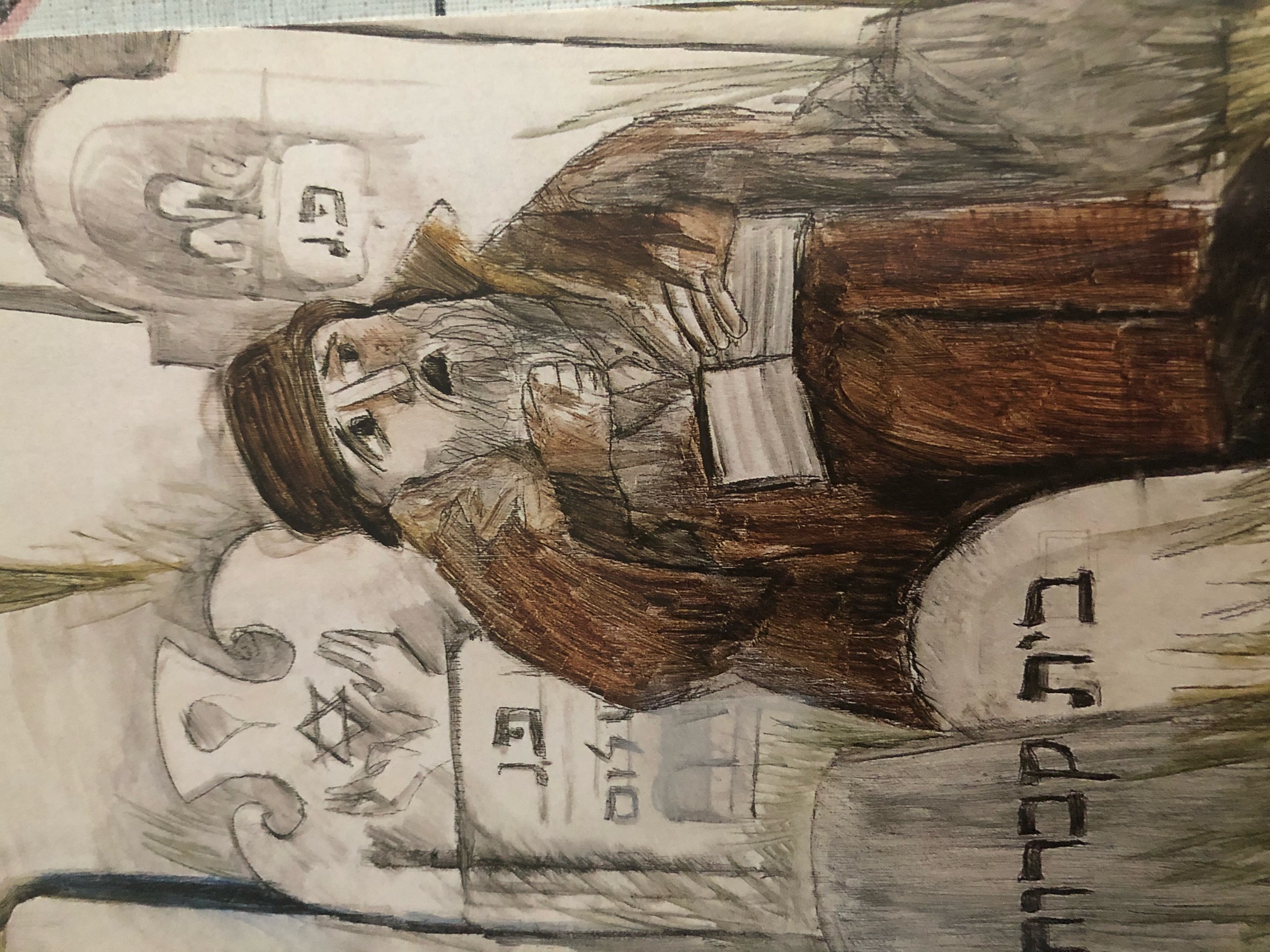 One memory which has become indelible is walking down the Via dell’Inferno. We thought only Dante had been granted this privilege but here were we doing the same. This ominously named street is in the centre of what used to be the ghetto. As a liberal, cosmopolitan city, Bologna welcomed Jews, but in 1555, under papal rule, the ghetto was established. A plaque records the Holocaust but makes no reference to the expulsion of the Jews from here in 1593.

Though lacking the exquisite beauty and quaintness of other Italian towns and cities, Bologna has an atmosphere all its own. The food is excellent, the people sophisticated, the pace leisurely and relaxing. One other lasting memory: we ate the most toothsome spinach pie ever in a small trattoria there.