It’s fair to say that waking up in a cosy room to see fresh snow falling outside is a magical experience — no matter what age you are.

And that’s the sight we woke up to after we stayed overnight in the Sierra Nevada last Sunday, when the snow-starved resort finally received a much-needed dollop of the white stuff.

We had set off early from Gibraltar and after taking the toll roads and an all-important breakfast stop just outside of Granada, we slowly and carefully started to navigate the 20km-long drive up to the village of Pradollano.

As we climbed higher up to the mountains, the temperature dropped until we arrived in the village just over three and a half hours later — where it was -2c. 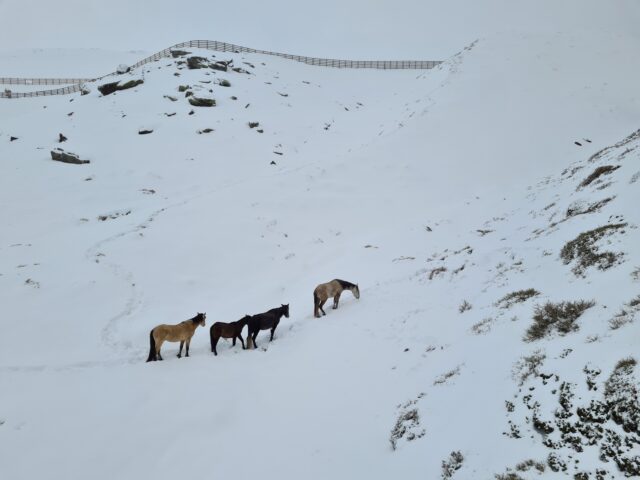 For those who have never visited before, the village is something of a picture-postcard resort, especially when it’s snowing.

But you don’t necessarily have to be a skier or a snowboarder to enjoy a stay here, as there are plenty of lively bars, warm restaurants and shops to mooch around.

And let’s be honest, it’s good to get off the Rock and into the cold weather mood, where open log fires, long-hanging icicles and jaw-dropping mountain vistas greet you on every corner!

Our plan was to spend Sunday relaxing in and around our hotel, before throwing ourselves down the slopes the following morning and driving back to the Rock later Monday evening.

We arrived last Sunday just after 12pm and pulled up outside the Hotel Meliá Sol y Nieve, which started off on the right snow-clad foot, when a gentleman from reception offered to park our car and take our luggage and snowboarding equipment to our room for us. 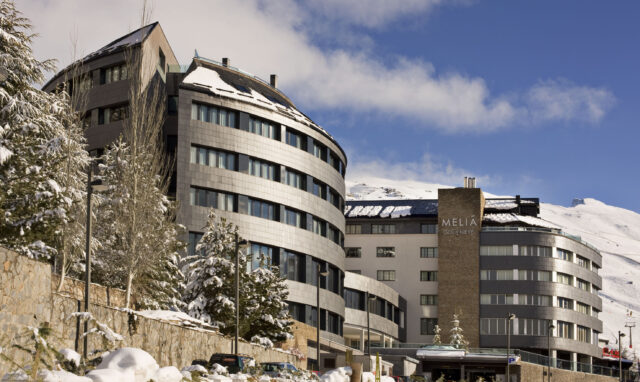 Our room had an impressive view of the snow-covered mountains, but if I’m honest, it was the large welcome plate of chocolates and the Nespresso coffee-machine that won us over.

A sumptuous siesta later (this was a relaxing mini-break after all), we sauntered down to the hotel’s enormous spa complex, where we then spent almost two hours building up an appetite in the sauna, steam room and multiple hot tubs and pools.

Later that evening after a drink in the hotel’s bar next to a log fire, we braved the snow to eat out at a cute restaurant called Little Morgan, which was as the name suggested, quite little.

Service was good, and we were entrusted with cooking our own steaks on a searing hot-stone, accompanied by a few sides including my favourite, pimientos de padrón.

We then swanned off back to the comfort of our hotel for a nightcap on some comfortable sofas in the Level Bar. 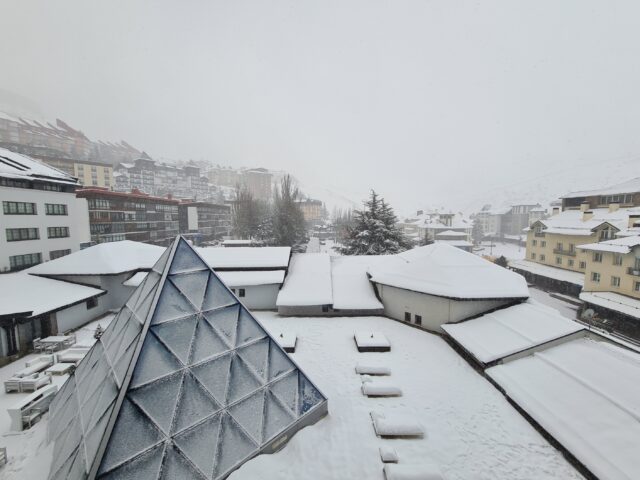 Waking up at 7am, we peered out of the window to find the resort eerily quiet and covered in an overly generous layer of white powder.

However, there were more important things to consider first – breakfast! The hotel put on quite an impressive buffet with all the usual favourites such sweet pastries, English breakfast, pancakes and plenty of coffee. 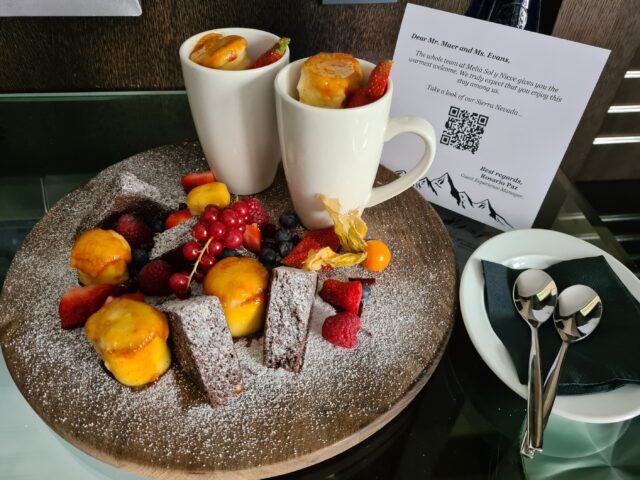 Full to bursting, we mustered all of our reserve energy to leave the warm confines of the hotel, and head out to the snowy slopes, armed with our snowboards and a fair slathering of sun cream.

I’ll be honest, at this stage we both could have gone back to bed and sacked off the snowboarding.

But the mountains were calling and after jumping on the Jara Ski Lift just before 10am, we were greeted by the sight of a herd of wild horses beneath us, which was a first for us both in the Sierra Nevada.

Temperatures dropped to minus figures while we were on the mountains and it was snowing intermittently, but we managed to get a good three to four hours of boarding done before the snow became noticeably heavier and caused a near white out, forcing us to stop for a hearty lunch.

After lunch, it continued snowing so we decided to call it a day and head back to the hotel’s car park to decamp. 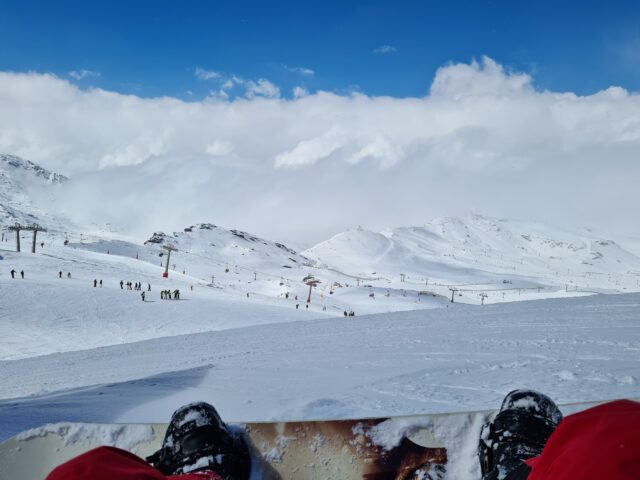 Having already visited the Sierra Nevada just over a month ago when the snow and pistes were patchy, it was great to see the resort looking much healthier.

That said, a few pistes were closed last Monday, most notably Laguna, but hopefully that will change with the fresh drop of snow over the past few days.

It’s also worth pointing out that if you are planning to visit, Sunday to Thursday are considerably quieter in the resort, both on and off the pistes, meaning we hardly queued for the lifts and it was easier to find a table in restaurants.

We didn’t need snow chains driving up or down the mountain, despite it snowing, as the road was well-gritted — but it’s advisable to take some with you just in case.

It’s only a few hours from the Rock, but it feels like a completely different world up there in the mountains – and makes for a perfect mini-break away. 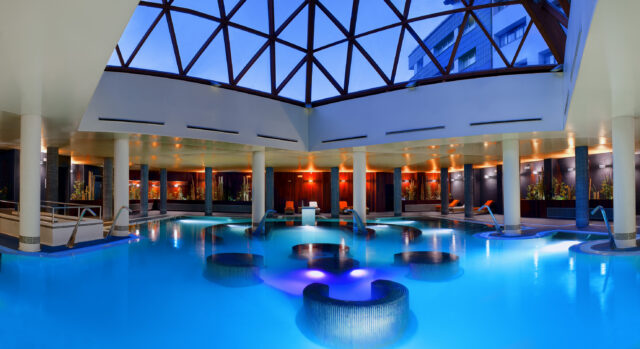 Lift passes cost £45 for the day and can be bought at the hotel’s reception.