Lions Gibraltar women left little doubt as to their right to claim the league title, and as such the cup and league double. Twelve victories from twelve league matches, dropping no points and finishing with a 115 goal difference left little to doubt.
An impressive season was completed with an 11-0 victory over Manchester 62. This coming just days after they had beaten closest rivals Europa 8-0.
On Tuesday the orange and black ladies, quiet aptly on International Women’s Day, underlined their superiority in the women’s division with a perfect score in order to pick up their well earned league trophy. Impressively, Lions Women have also done it whilst keeping a clean sheet throughout their league campaign, an extraordinary and rare feat in football.
The team, which has been developing together for several seasons, building on their strengths has provided some of the best examples of how women’s football has developed in recent years.
Also providing the core of the national squad as they continue to build on their strength’s.
The team will now split for the women’s futsal campaign where the majority of the players will also be playing.
Pics by Gibraltar FA 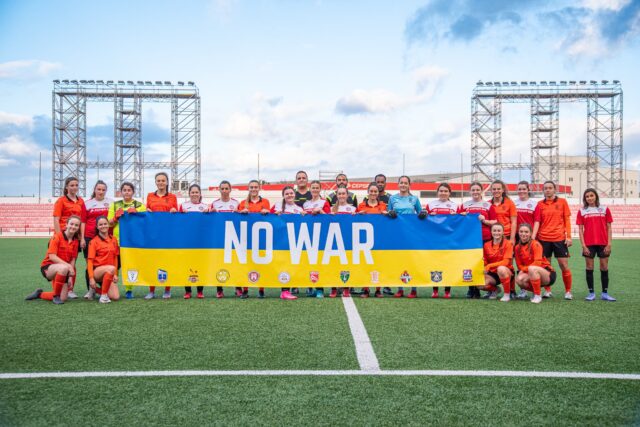 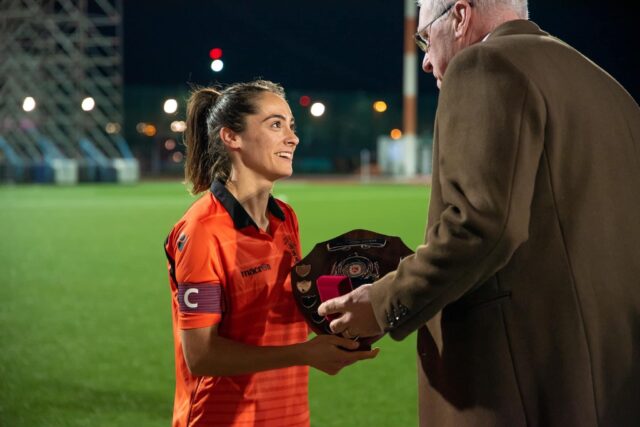 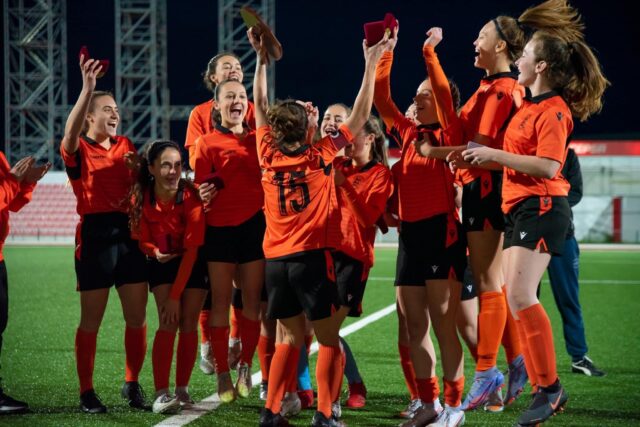 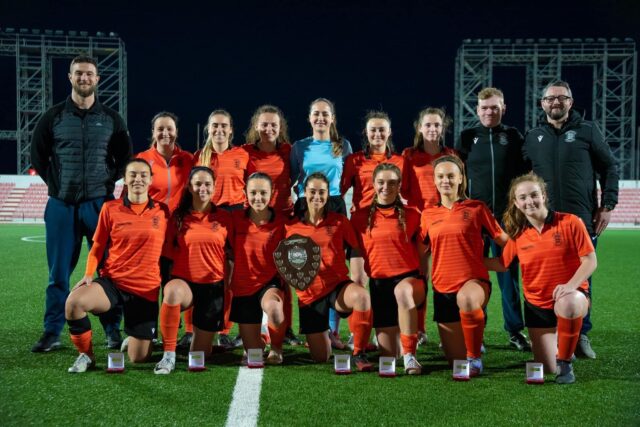