Soldiers from the Royal Gibraltar Regiment (RG) have recently completed a five week Live Firing and Dry Training exercise in the Otterburn Training area of the United Kingdom.

The first week saw soldiers from B Company, the Reserve element of the RG, join their counterparts from I Company for a transitional live firing package up to section level, where they honed their individual fire and movement skills.

These soldiers then finished off their week with a set of individual and collective day and night navigation exercises.

“Unfamiliar terrain coupled with particularly inclement weather ensured a testing yet rewarding set of days during this part of the deployment,” said a statement from the MoD.

I Company was then deployed on two distinct exercises, a week long test exercise aimed at the Private and Lance Corporal soldiers of the Company and the other was an exercise that focused on testing Platoon level tactics was conducted during the latter stages of the deployment

The first exercise aim was to place these soldiers in various command appointments in order to select those that did well for promotion courses that are due to take place at the start of the New Year.

The focus was on section level (group of eight soldiers) tasks, that cycled through various stages of offensive operations in a conventional war fighting setting. Directing staff interrogated the way each soldier operated across the entire deployment, paying particular attention to their application of personal field craft skills and tactical prowess when in command appointment.

The short list of those that have shown potential to ‘step-up’ as commanders, will need refining once back in Gibraltar, when a final set of physical tests will confirm those that are ready to proceed onto the next phase of their career.

The final exercise that focused on testing Platoon level tactics was conducted during the latter stages of the deployment. Soldiers were launched into an early morning offensive clearance operation, which saw them ‘fight’ through difficult terrain for about 4 km. 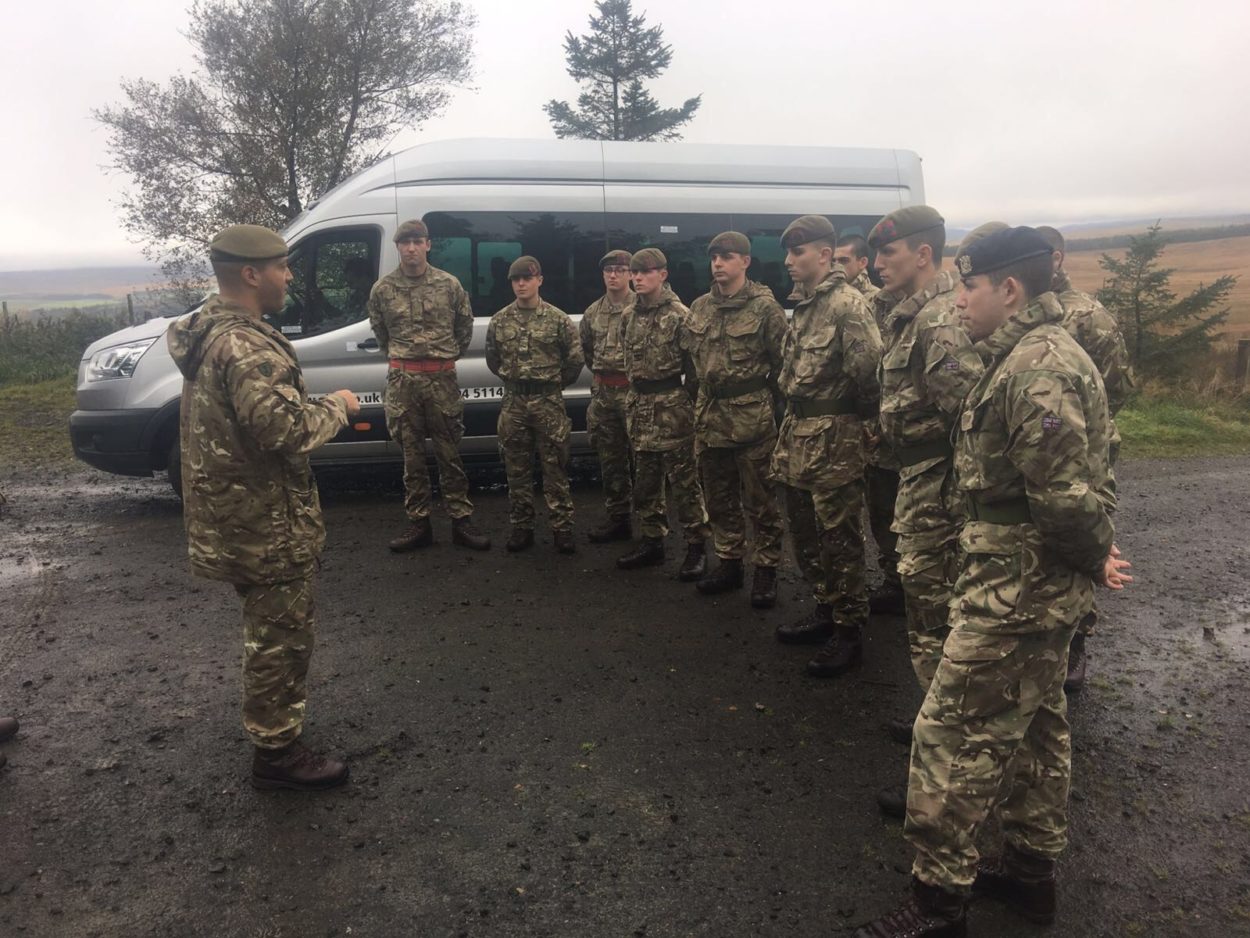 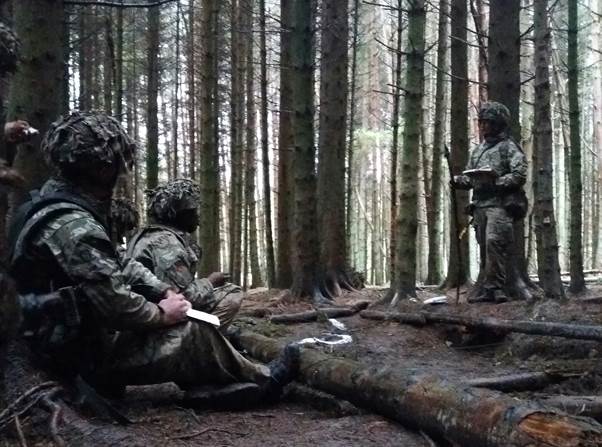 The day culminated with a patrol into a pre-designated Platoon Base (PB) during the second part of the afternoon. This was 2nd Lieutenant Martin Garcia-Magrath’s first exercise with his Platoon after completing his Platoon Commanders Battle Course earlier on in the year.

Sergeant Lee Turner was his Platoon Sergeant throughout and both were given numerous opportunities to put their platoon through their war fighting paces.

Nightly reconnaissance patrols became the new normal during this part of the training, which were preludes to a set of daily deliberate attacks that saw the soldiers from I Company move through very different bits of terrain.

From wide valleys to tight re-entrants and constrained wood blocks, every soldier was well and truly tested when asked to react and fight through this often very difficult ground.

Half way through the deployment, Warrant Officer Class 2 Donald Drimmie paid Otterburn a visit with all the RG recruits that were currently training at the Infantry Training Centre in Catterick and the Army Foundation College in Harrogate.

When the exercise came to a close in Otterburn, the soldiers moved to South Cerney for a few days prior flying out of RAF Brize Norton.

I Company made the most of their time in Oxfordshire by exploiting some of the outdoor and indoor sports centre activities such as one of the main bouldering complexes in Swindon. Additionally, a full day was also spent at the Defence Academy of the United Kingdom in Shrivenham.

Here, the soldiers were hosted by the Defence School of Technology where experts delivered comprehensive presentations through the tank; artillery and munitions halls. The trip culminated with a guided tour in the small-arms weapon museum, which was arguably the highlight of the visit.