This weekend saw a sold-out event at Biancas restaurant in Ocean Village promenade in aid of the GBC Open Day. The eagerly awaited ‘Motown Night’ had recently been advertised in the social media threads and I daresay mainly sold out through that exposure and the word of mouth publicity of faithful Biancas regulars. It was a three course dinner with a glass of Prosecco bubbly on arrival, a very generous raffle with twenty two prizes donated by kind businesses and the choir Vocal Dimensions formally known as Tears of Joy choir singing a wide range of Motown hits, from ballads to belters delivered in great style, with an enthusiastic audience loving every minute of it. 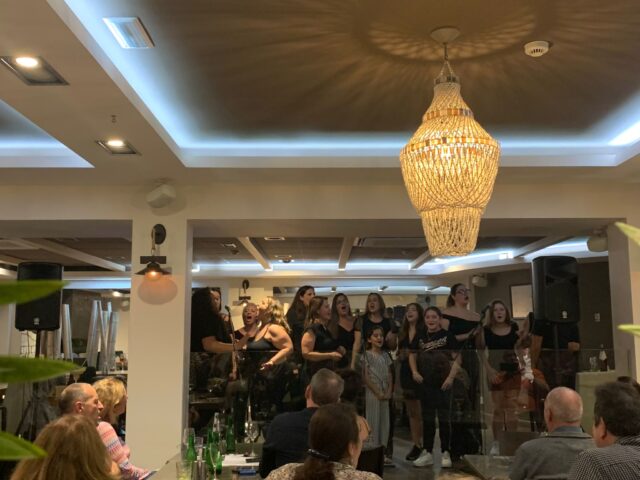 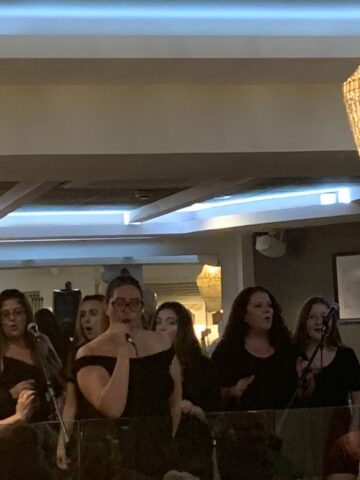 Speaking to Joel Francis who was hosting the evening, he was very pleased with the turnout and the huge support that the Raffle had generated. Biancas would also be donating to the kitty with the raffle proceeds in order to swell the GBC Open Day funds. The menu was splendid with generous portions, a trademark of the popular restaurant, which were quickly washed down by the lively mix of hungry local and English diners who had come to ‘let their hair down’ with the promise of memorable Motown hits and the expectation of generously supporting the GBC Open Day - always a great cause and a regular feature at many public events at this time of the year. My own attraction to the occasion was the chance of a great night out supporting live music and a new chance to see the Vocal Dimensions choir whom I haven’t seen performing in a while. They did not disappoint at all and were called back for three encores.

The choir did two passes with the raffle sandwiched in between their shows. One welcome innovation to the raffle (all raffle organizers please note) was that winners were invited to claim their prizes after the entertainment. That made the raffle much more streamlined and there were no gaps in continuity. The choir was formed in 2009 and have historically always performed entirely for charity. Their founder and leader Melissa Mackintosh mostly leads from the wings nowadays, but as she is such an accomplished vocalist she sang a few of the classics to great acclaim, although she has assembled a team of capable soloists who took turns at the main microphone. They gave a polished performance throughout. 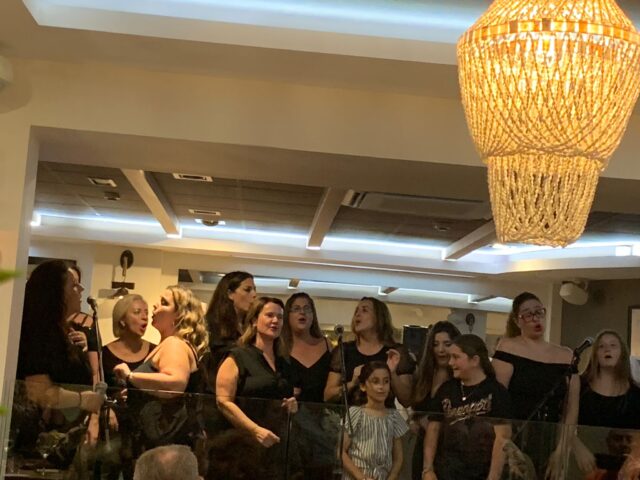 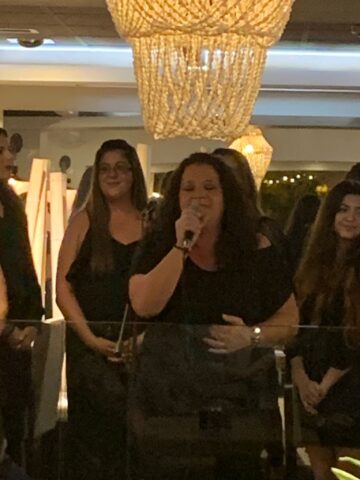 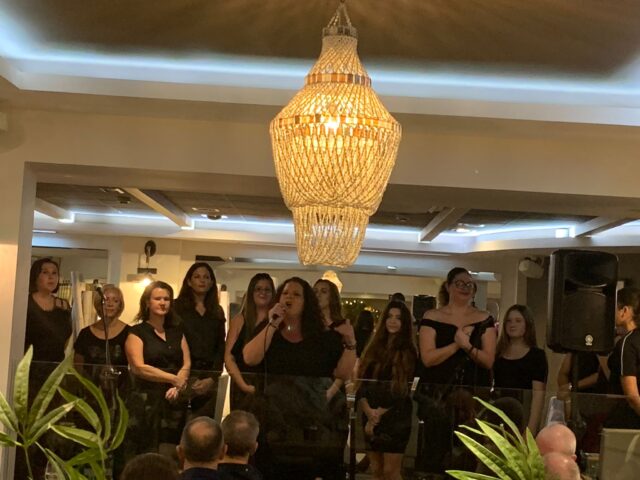 The evergreen hits came fast and furious ‘Stand by me’, ‘You’re gonna love me’, ‘My Girl’, ‘Chain of fools’, ‘Be my baby’ ‘Ain’t no mountain high enough,’ ‘River deep mountain High’... and so many more as the two shows sung by the choir went by in a flash. During the second show many left their tables and danced their cares away to the immortal hits that the music of the Motown era has etched into our collective memories. I wouldn’t have missed it for the world and I hope that the results of the great effort by all concerned translate into a healthy money total for the biggest charity event in our calendar- the GBC Open Day- soon to be on our TV screens just prior to Christmas.