Today is World Hearing Day and the Gibraltar Hearing Issues and Tinnitus Association has highlighted a major issue posed by masks for the hard of hearing.

Masks are one of the key precautions used to curb the spread of the coronavirus, but for some that are hard of hearing it cuts off their only mode of communication – lip reading.

As a result, GHITA and the Department of Equality are pushing for people to use a mask with a clear plastic panel over the mouth.

But, despite this awareness these clear masks are not widely used in the community.

One such person struggling with people using masks is Louise Ballantine.

She has hearing loss and uses lip reading to communicate.

“I lost my hearing a few years ago due to illness, I don't know sign language unfortunately so I'm not able to use that,” she told the Chronicle.

“The use of masks in everyday life is very difficult for me as I have lost a lot of independence.”

“I need to go shopping or to medical appointments with a family member.”

When she first went to the GHA after masks were introduced, she struggled to understand the system.

“Staff were telling me what to do but I couldn't understand,” she said.

She added, since then the situation has improved as many health professionals have opted for a clear mask.

“I do feel very restricted by having to have someone with me because I can't communicate with mask wearers on my own,” she said.

Ms Ballantine was able to lipread when watching the Covid-19 press calls as the Chief Minister, Fabian Picardo, did not wear a mask during this speech.

But others who use sign language as their main method of communication have struggled with this.

Instead, Mr Picardo’s written speech was sent directly to the charity for them to pass on to their members after each conference. 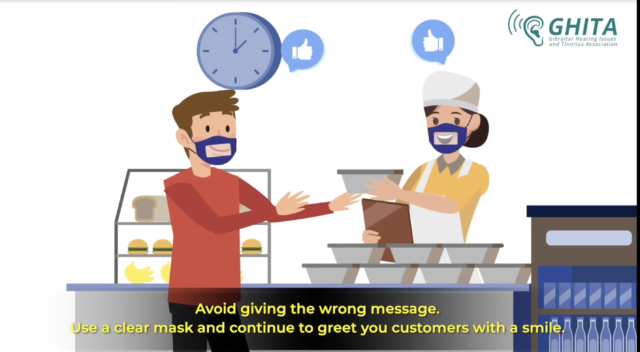 Mia Wallace told the Chronicle she is also struggling with this.

“I have relied on my eyes to hear for me in every situation, lipreading has been a tool that has allowed me to cope well with my hearing loss,” said Ms Wallace.

“However, the masks have taken that tool away from me and I have been left to find other ways to communicate.”

“This means disclosing my hearing loss which I’m personally not very comfortable with as it makes my hidden disability visible.”

Ms Wallace had high hopes for the clear masks when they were first introduced but no longer uses them as she found that they easily fogged up.

“My mum has tried wearing one a few times during my medical appointments etc but I found with the steaming up and reflection from the light it was more frustrating,” she said.

The use of masks hits Ms Wallace two fold, one it prohibits her from understanding what is being said and two she has to sometimes disclose her deafness which at present she feel too embarrassed to do so.

“There are many situations I have found myself in where I cannot hear what is being said but I am too embarrassed to let them know I am deaf. So I feel that I play a part in the reason why I’ve ended up in those situations,” she said.

“However, I can say that I am not very keen on going to the shops on my own as I am worried someone will talk to me and I won’t understand what they are saying. So I often go with my mum or close friends which takes away my independence.”

Over time she has learnt to deal with it.

“When masks were first implemented I panicked because I rely very heavily on lip-reading,” she said.

“I can confirm I have missed a lot of what has been said over these last few months and that has caused me a lot of frustration. I have found myself upset countless times in situations at school, doctors’ appointments and generally out and about in public.”

Ms Wallace added that this gets her extremely frustrated and upset.

“This is something I know I will never be able to change,” she said.

“However, the number of barriers I have experienced in the past year hasn’t helped with my acceptance of my hearing loss.”

Ms Ballantine has challenged people to live in their shoes and understand the struggles the masks have caused.

“We deserve to live in an inclusive community,” Ms Ballantine said.

“I challenge anyone to spend a day in our shoes. To face the daily challenges, frustrations and isolation that mask wearing has created for the deaf community. We just want to be included the same as everyone else.”

With this in mind she advises that the deaf community are often in a position where others decide what information is deemed important on the Covid conferences.

“Yes, their family members may tell them after what has been said but they are also not going to remember to relay every little bit of information,” she said.

“The deaf community often have to rely on what other people decide to tell us, what information they deem is important.”

In the future Ms Ballantines would like to see subtitles on important conference as she believes this would be a step closer to a more inclusive community.

She added she has not had a battle for inclusivity throughout the Covid pandemic but rather her whole life.

“I understand that people with hearing loss are the minority of the population but we are also like you,” she said.

“I just want people to have some awareness of the daily struggle mask wearing has created for people like me with hearing loss.”

“I would like for people everywhere in Gibraltar to show some patience and understanding when asked to repeat themselves.”

“If you found yourself in this situation you would want to be treated with respect, kindness and included in conversations,” she added. 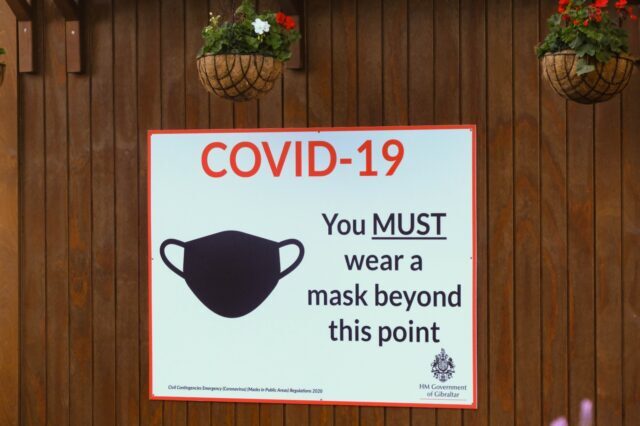 Also experiencing similar issues as Ms Ballantine and Ms Wallace is Jessica Anaya who adapted to her deafness and learnt to lip read from very young.

Masks have not been the first issue she has encountered as a deaf person. Phone calls are also problematic.

“I have often found myself that when ordering things or making appointments for different things as not everyone has the use or option of using WhatsApp which has videocalls it has limited me in what services I can use,” she said.

The windowed masks do make a huge difference to her life and she finds them a really big help.

“Personally I think everyone in the community should be wearing windowed masks as there are many people with hearing difficulties that are undiagnosed especially in the older population.”

She added that particularly bad days have resulted in her crying and quickly heading home.

“I am unable to communicate effectively with the 'normal mask' wearer therefore I don't want to go out and be in public where I have to deal face to face with people,” she said.