A collection of the autographed letters and documents of 46 British prime ministers dating back to 1716 is to go under the hammer.

The autographs are predominantly from a single private British collection offered as 30 lots that are expected to fetch a total of nearly £10,000 when they are auctioned on May 28. 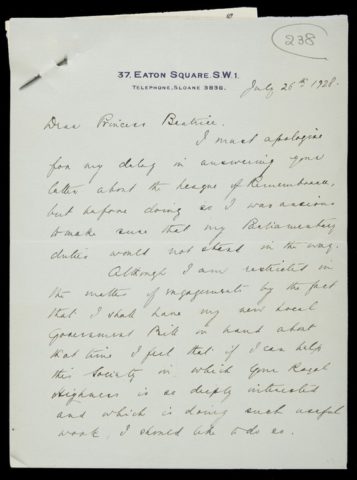 Among the autographs up for sale at Dominic Winter Auctioneers in South Cerney, Gloucestershire, are those of Pitt “The Younger”, Benjamin Disraeli and Winston Churchill.

“Collecting autographs of British prime ministers is not necessarily as expensive as you might imagine,” said autographs specialist Chris Albury, who will be wielding the gavel for the sale.

“There is less reverence here than in America for all our past leaders and it is still possible to assemble a collection on a modest budget. 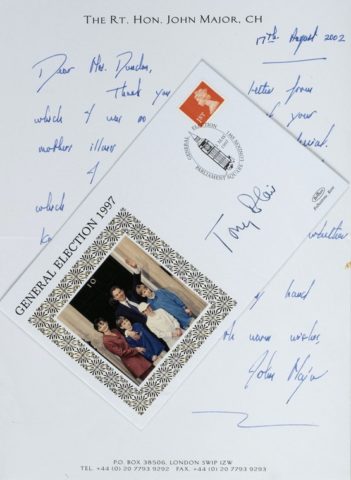 “Many were prolific correspondents and it is perfectly feasible to pick up ordinary letters of Gladstone, Palmerston, Canning, Robert Peel and other 19th century prime ministers for a few tens of pounds each.

“What will put the price up is the intrigue in the content, be that personal or relating to important matters of state.

“The case is the same for most 20th century prime ministers, with the notable exception of Winston Churchill who remains a gold standard in this collecting arena.

“While it is possible to buy a modest Churchill letter for a few hundred pounds, any interesting letter written while he was wartime leader will rise to four figures and beyond very quickly.”

It is debatable how many prime ministers there have been as the title was never used in the early days, and the principal minister of the government was nearly always the First Lord of the Treasury.

Some collectors might therefore begin with Sidney Godolphin, while others would begin with Sir Robert Walpole, who is generally accepted as the first British prime minister in the modern sense.

After that the list is largely undisputed, but some might want to include William Pulteney, the first Earl of Bath, and James Waldegrave, second Earl of Waldegrave, who were only premiers for a few days each and are therefore often neglected. 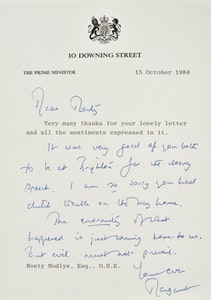 “This collection is a particularly good one in that many of the letters and documents have some substance and quite a few are written from 10 Downing Street while in office,” Mr Albury said.

“It includes three of the rarest prime minster autographs, namely the fourth Duke of Devonshire, John Stuart, third Earl of Bute, and perhaps the rarest, Charles Watson-Wentworth, second Marquess of Rockingham, and this latter letter is expected to fetch £1,000.”

Also for sale includes letters from William Pitt “The Younger”, Benjamin Disraeli, the Duke of Wellington – along with some strands of his hair offered at between £200 and £300 – and Spencer Perceval, who is best remembered by quiz fans as the only British prime minster to have been assassinated.

Mr Albury said: “Of the more modern letters, the one from Mrs Thatcher is the most interesting in that it is a very emotive letter written just three days after the Brighton bombing assassination attempt by the IRA in October 1984.

“It is chilling to think that this letter would not exist if the IRA had succeeded and as a letter that is both political and personal it pushes the price up to £500. 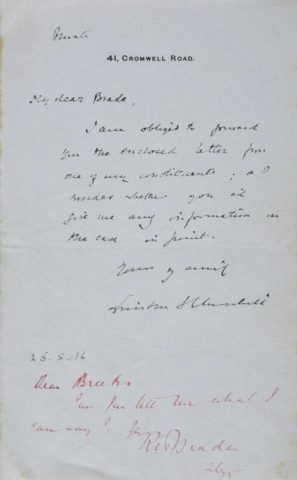 “For that sum you could probably buy autograph letters of all the other post-Churchill prime ministers combined.

“And for those wondering, Boris Johnson’s autograph has little value and is not in the collection as he is not a past prime minister… for now, at least.”

NHS App is most downloaded free iPhone app this year

Drug that could tackle Omicron variant approved by UK regulators