By Aine Fox
A rare coin featuring the Queen's uncle before he abdicated has been bought for £1 million, setting a new record for the sale of a British coin.

The Edward VIII sovereign was snapped up by a private buyer in the UK, having been located by the Royal Mint from a collector in the US.

The 22-carat gold coin was one of a small collection of trial sets that were created when Edward ascended the throne, but they were never released to the public as he abdicated in 1936 to marry American divorcee Wallis Simpson.

The coin is also unique in that the former king broke with the tradition of the monarch's heads facing in opposite directions, because he preferred his left profile, the Royal Mint said.

Rebecca Morgan, head of collector services, said: "The Edward VIII sovereign is one of the rarest and most collectable coins in the world, so it's no surprise that it has set a new record for British coinage. 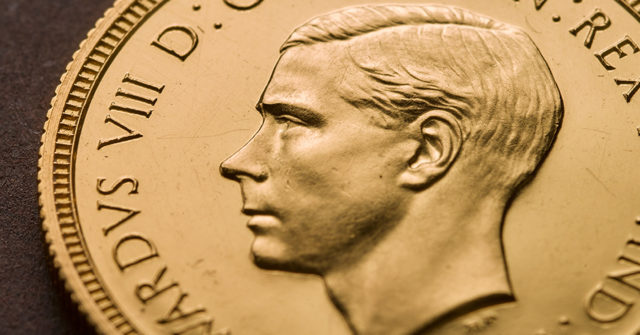 "We were delighted to be able to locate such a special coin for our customer, and bring it back to the UK to make history once more."

The coin's new owner, a private collector who wanted to remain anonymous, told the BBC: "When the opportunity came along, I felt I could not turn it down. It was a once-in-a-lifetime opportunity.

Matt Curtis, also from the Royal Mint, said: "The Edward VIII sovereign is part of numismatic legend - belonging to a series of coins that were never meant to exist, and were hidden from the public for decades.

"This sovereign is significant not only because of its rarity, but because it sits at the heart of an international story and has been treasured by collectors in both the UK and US."

The Edward VIII sovereign is one of just two examples thought to exist in private ownership, according to the Royal Mint.

The remaining four examples are in museums and institutions, including The Royal Mint Experience, where it is on permanent display to the public.
(PA)

Students learn the craft of hairdressing in vocational course

Learning to live with Covid — the tough choices ahead