The Government of Gibraltar will fly rainbow flags on official buildings and sites around the Rock to mark Pride Month “in a visually colourful way” and underscore its commitment to equality in all walks of life.

The flags will be flown at sites including the land frontier, No.6 Convent Place, St Bernard’s Hospital and in the office of the Minister for Equality.

Moorish Castle will also be lit up with the LGBTQ+ colours on Monday night.

A number of other initiatives will also be held during June to mark Pride Month, which is celebrated in many countries around the world and honours those involved in the Stonewall riots, a key landmark for the equality movement worldwide. 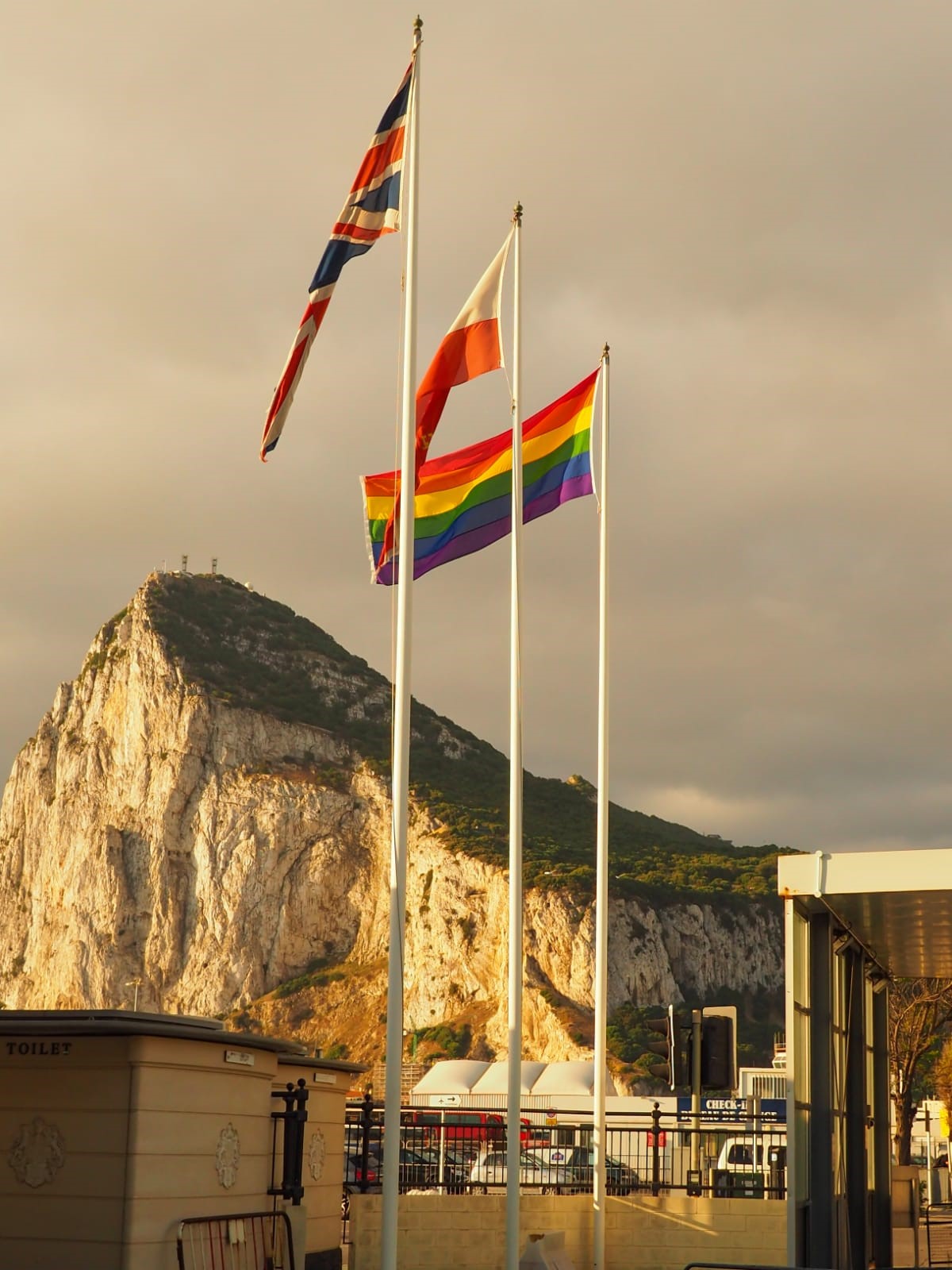 The Ministry of Equality urged the public to view and share a video it published in 2019 with the aim of raising awareness of LGBTQ+ matters and to promote respect and inclusion for all members of the community, regardless of sexual orientation or gender identity.

The video can be viewed on HM Government’s Facebook page or on the Ministry of Equality website: www.gibraltar.gov.gi/department-equality.

The government said it is committed to tackling discrimination wherever it is found and noted that it has worked in recent years to deliver further equality for the LGBTQ+ community. 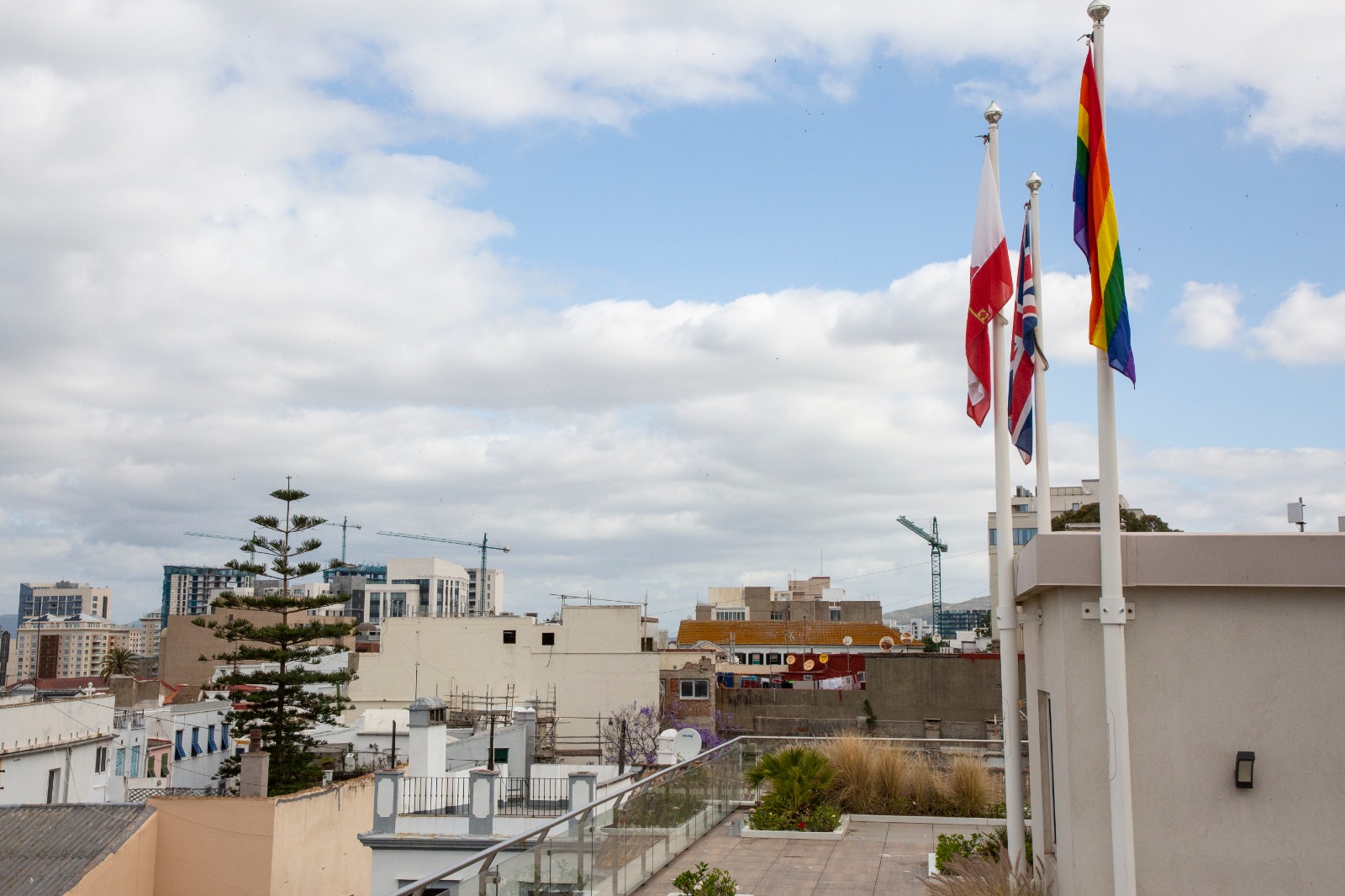 In 2013 legislation was enacted which outlawed homophobic hate crime and speech and in 2015 this protection was further extended for people who undergo gender reassignment, the government said.

“The importance of raising awareness in relation to the LGTBQ+ issues cannot be underestimated if we want to build an outright inclusive society in Gibraltar, while we are working on issues throughout the year, the month of June of the perfect opportunity to raise awareness,” said Samantha Sacramento, the Minister for Equality. 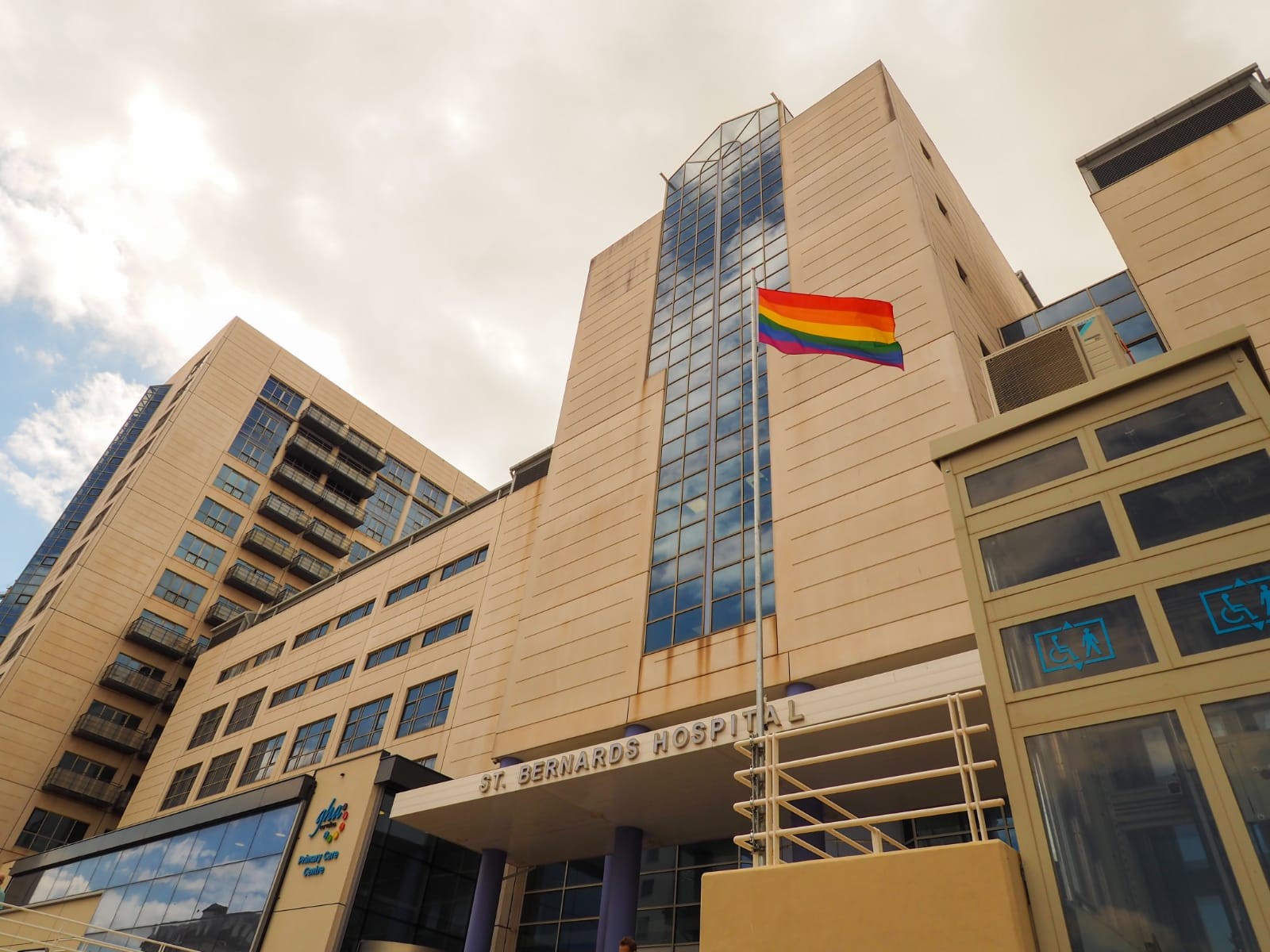 “As a Government, we have pioneered landmark equality legislation for the LGTBQ+ community and we must encourage equal treatment of everyone regardless of their sexual preference or gender identity.”

“It is on days like today that these issues are remembered and brought to the fore with the aim of encouraging debate and a change of attitudes.”

“We will celebrate with colour and a sense of pride with the realisation that Gibraltar is more inclusive today than it has ever been and our work will continue.” 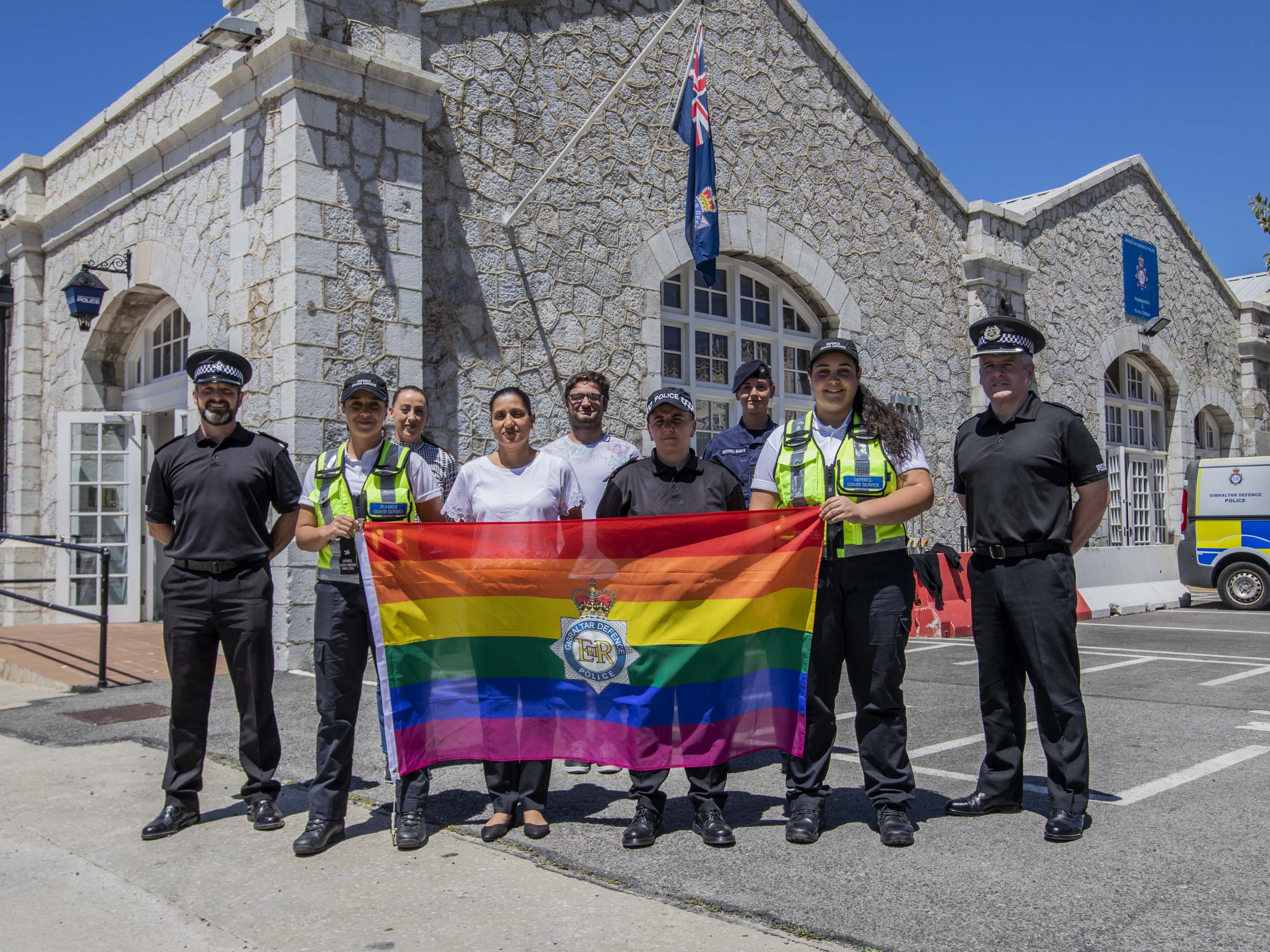 The Gibraltar Defence Police (GDP) also raised the rainbow flag at GDP Headquarters in the Naval Base to mark Pride Month.

The flag will remain flying during the month of June.

The GDP and the wider Ministry of Defence community said they were keen to remove any biases towards minority groups from the workplace.

In a statement, the MoD said “one solution does not fit all”, adding that all employers need to identify the different needs of their employees and support them. 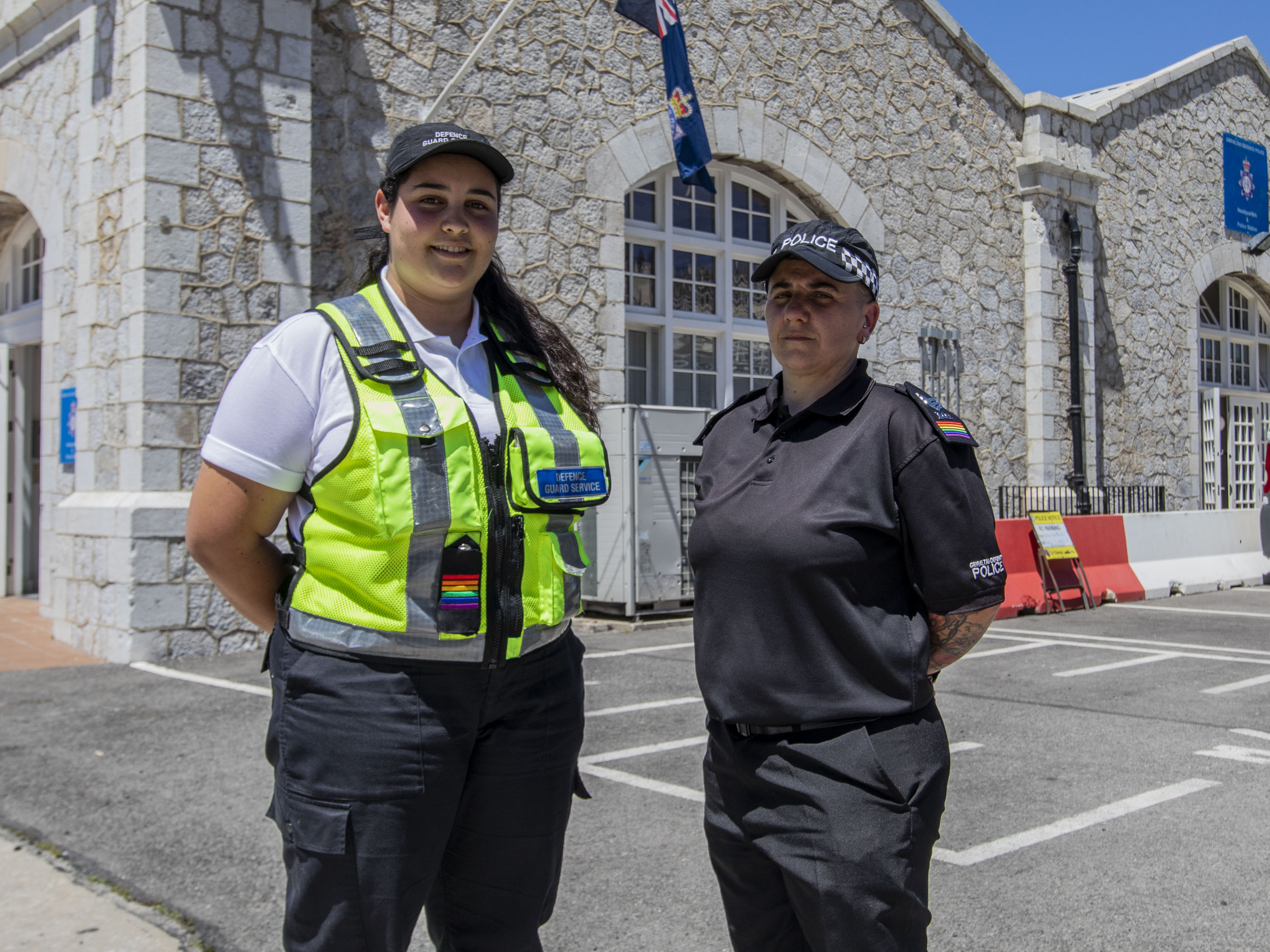 Throughout Pride month they will be raising awareness within the British Forces Gibraltar.

They have also met with the Royal Gibraltar Police’s LGBT Constable to jointly raise awareness and promote inclusivity/equality.

GDP and RGP officers will also be patrolling jointly, raising awareness within the local community.

The GDP Chief of Police, Rob Allen, said: “The raising of the flag marks our commitment to diversity, which is crucial within MOD Gibraltar.”

“The flying of the flag also marks a milestone for the GDP with its appointment of the Champions.”

“A diverse workforce provides better representation of the community we serve, ensuring the Force provides the best customer service possible.”