The Royal Gibraltar Regiment has reflected on the unique year for Gibraltar and also for the Regiment.
The ‘new normal’ of 2020 has impacted everyone, however the Regiment has continued to deliver on an operational front, be that protecting visiting units or supporting the Government of Gibraltar plans to uplift hospital capacity at the start of the pandemic.

“The missing piece is our usual ceremonial activity, but we are hopeful 2021 allows us to parade for the Queen’s Birthday and Ceremony of the Keys’ once again,” the British Forces Gibraltar (BFG) said.

“The Royal Gibraltar Regiment motto, ‘Nulli Expungabilis Hosti’, translates as,‘Conquered by no enemy,’ and rings true for all of Gibraltar in 2020.”

“Against the backdrop of the pandemic we have been busy as a Regiment training and honing our skills, developing our soldiers and putting ourselves to the test physically and mentally.”

This will provide greater opportunities for the team, and in the coming months members of the Regiment will take up appointments at the School of Infantry in Catterick, as Executive Officer of 5th Battalion the Royal Regiment of Fusiliers, and on the staff of Director Overseas Bases in Northwood.

Moving in the opposite direction the Regiment will welcome two Captains and a Warrant Officer from the Royal Anglian Regiment and the Princess of Wales’s Royal Regiment to fill key appointments as Adjutant, Operations Officer and Regimental Quartermaster Sergeant.

This year six soldiers have successfully passed the Queen’s Division Potential Non- Commissioned Officer Cadre.
This course is a rite of passage for infantry soldiers and an extremely demanding physical and mental test of their ability to command and lead soldiers on operations. Successful completion qualifies them for promotion to Lance Corporal.

The quality of the Regiment’s soldiers was clearly demonstrated as all achieved high grade passes, the most notable of whom was Private Mercieca who was awarded top student across the four Regiments of the Queen’s Division.

“A fantastic achievement,” the BFG said.

On his experience Private Meakin said: “I found the course both challenging and rewarding. Due to the limited space in Gibraltar, certain skills such as navigation are difficult to develop quickly, however, these were quickly capitalised on and polished nicely in the UK. I have come back a more confident and better soldier. I would not have been able to achieve it, had it not been for the team cohesion and instructors available.” 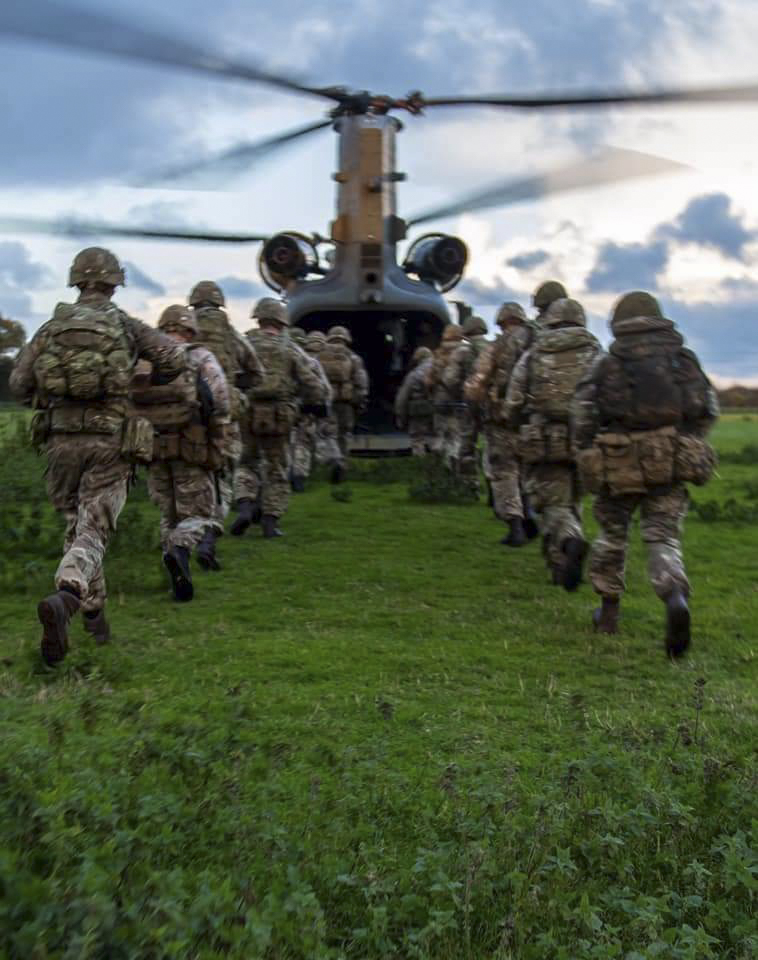 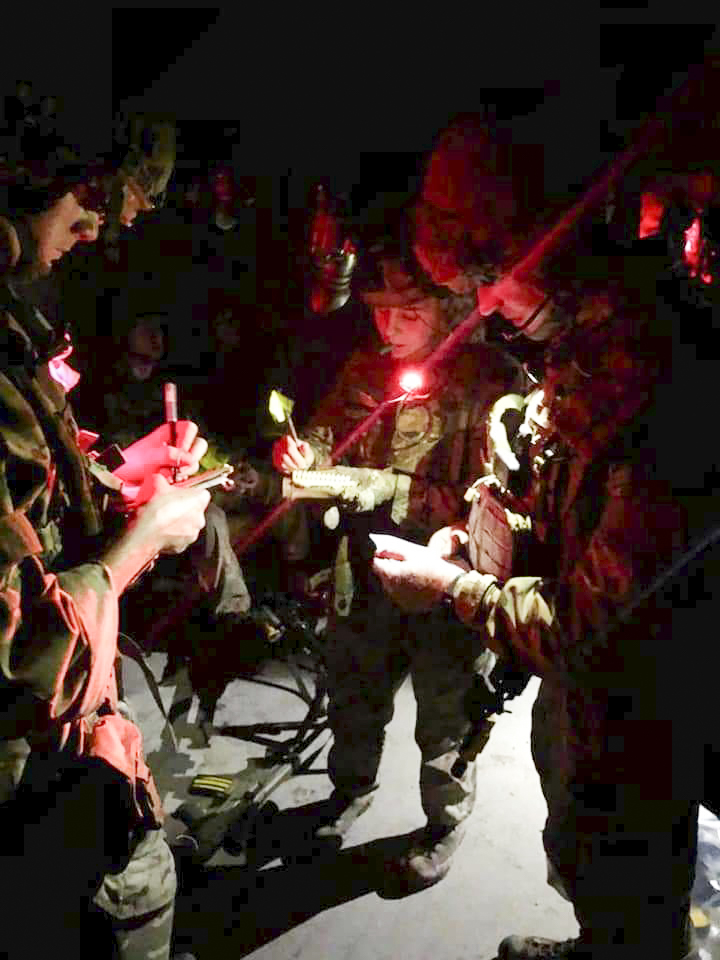 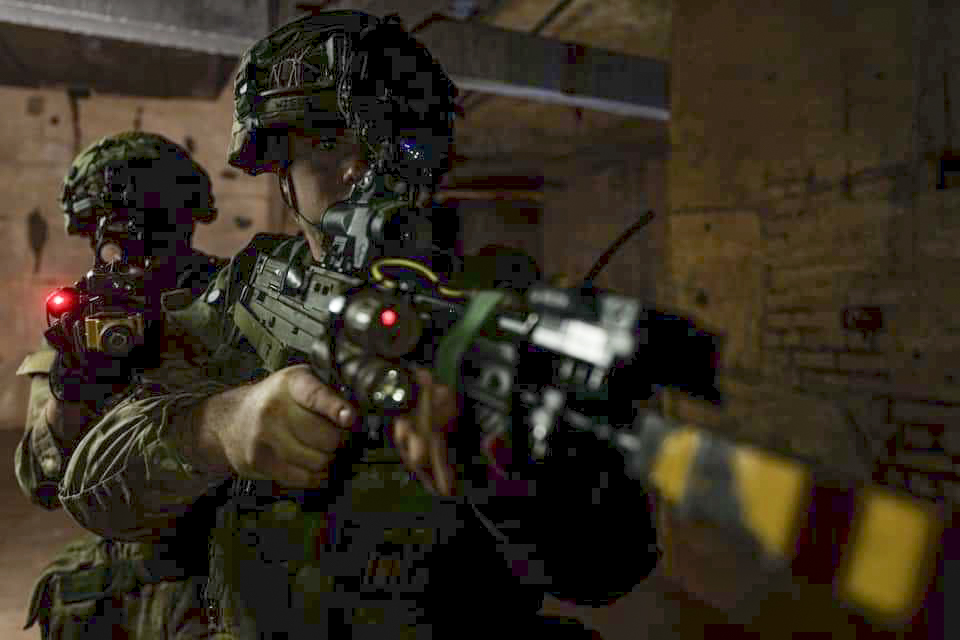 “This is a demanding test exercise for a key unit within the UK’s high readiness 16 Air Assault Brigade,” BFG said.
“Any opportunity to test and develop ourselves alongside our Army colleagues is seized and our troops have delivered while operating alongside Para colleagues during a series of demanding tactical scenarios on Salisbury Plain and in the MoD’s subterranean complex in Wiltshire.”
“Carrying all they need to survive and fight, the Regiment’s soldiers have demonstrated the high levels of fitness, grit and determination that are the hallmark of the British infantry, battling harsh winter conditions, lack of sleep, and constant harassment from a determined enemy force.”

Tunnel Warfare
Tunnel, or subterranean warfare, is playing an increasingly prominent part of the Army’s training cycle for infantry units.

“The Royal Gibraltar Regiment is recognised as a key exponent of the skills required to operate in this challenging and complex environment, no surprise given the many miles of tunnels within the Rock and the many hours invested in honing our soldiers’ skills,” BFG said.

“Working closely with both the Land Warfare Centre and the Field Training Unit, the Regiment has contributed to updating current Army techniques and has provided three
instructors, Colour Sergeant Grech, Colour Sergeant Whitaker and Colour Sergeant Turner to support the training cycles of units passing through the MoD’s tunnel complex in Wiltshire.”

“This has provided an excellent opportunity to pass on our expertise and exploit and enhance our own skills using the resources available in the UK. Within the Army it is recognised the tunnels in Gibraltar offer a significantly enhanced facility compared to those available in the UK, and we are hopeful that 2021 will see Army units return to Gibraltar to work alongside the Regiment and exploit the excellent facilities here.” 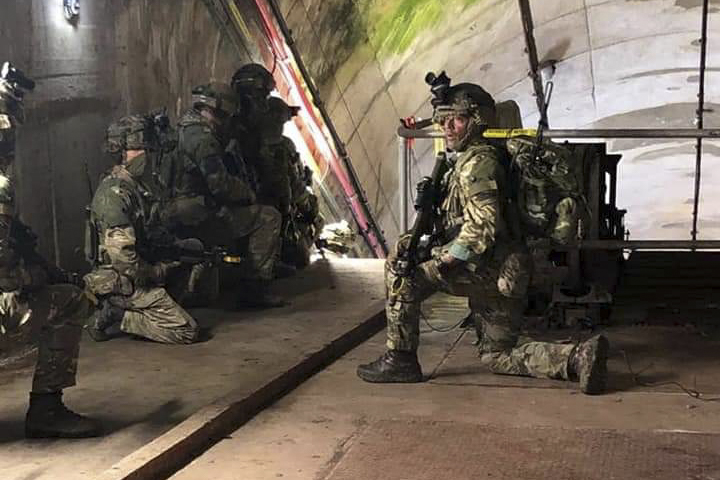 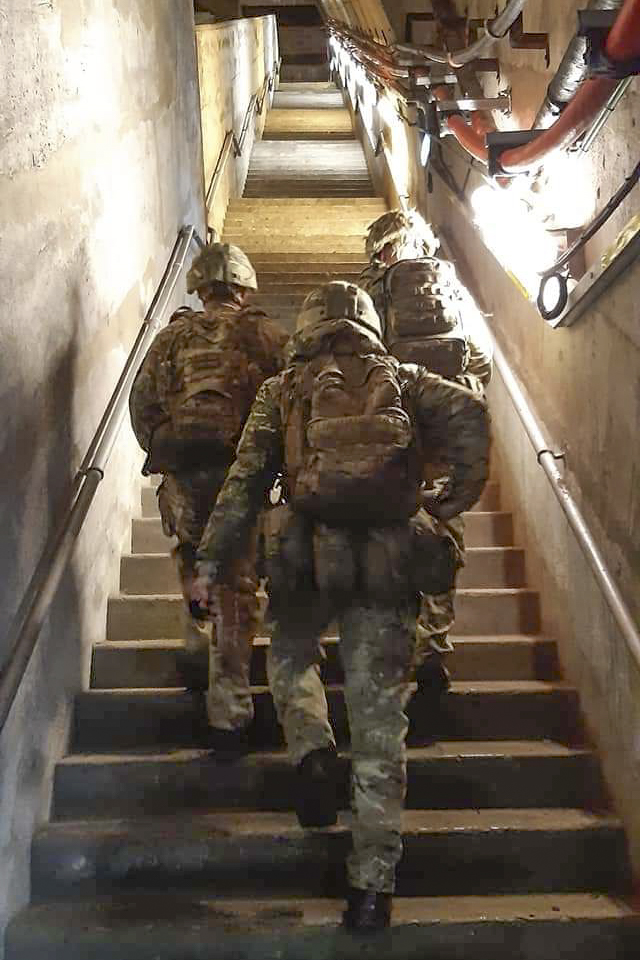 Royal Gibraltar Regiment Tasking 2021
The BFG said 2021 promises to be busy for the Royal Gibraltar Regiment. The start of the year will focus on honing basic soldiering skills and range work as thr RG build towards their annual training exercise in the UK in March.
“Concurrently we will be training to assume an enhanced role in support of the Royal Navy Gibraltar Squadron,” the BFG said.

“By the middle of 2021 we will be providing gunners onboard patrols in BGTW.”
“Later in the year the focus shifts to preparing for Exercise Jebel Sahara in Morocco.”

“This will see us train alongside and provide specialist training cadres for our Moroccan counterparts.”
“Finally, we all hope that 2021 will allow the Royal Gibraltar Regiment to return to fulfilling the State ceremonial activities we are all used to. We hope to see you in Casemates soon.”