The Dean of Holy Trinity Cathedral, Ian Tarrant, the parochial church council and congregation were pleased to hear that Gibraltar Heritage has awarded a personal commendation to Andrew Rowbottom for his restoration of the Spanish galleon.

Mr Rowbottom is a former member of HMS Calpe and founder member and chairman of the Gibraltar Model Soldiers Society. 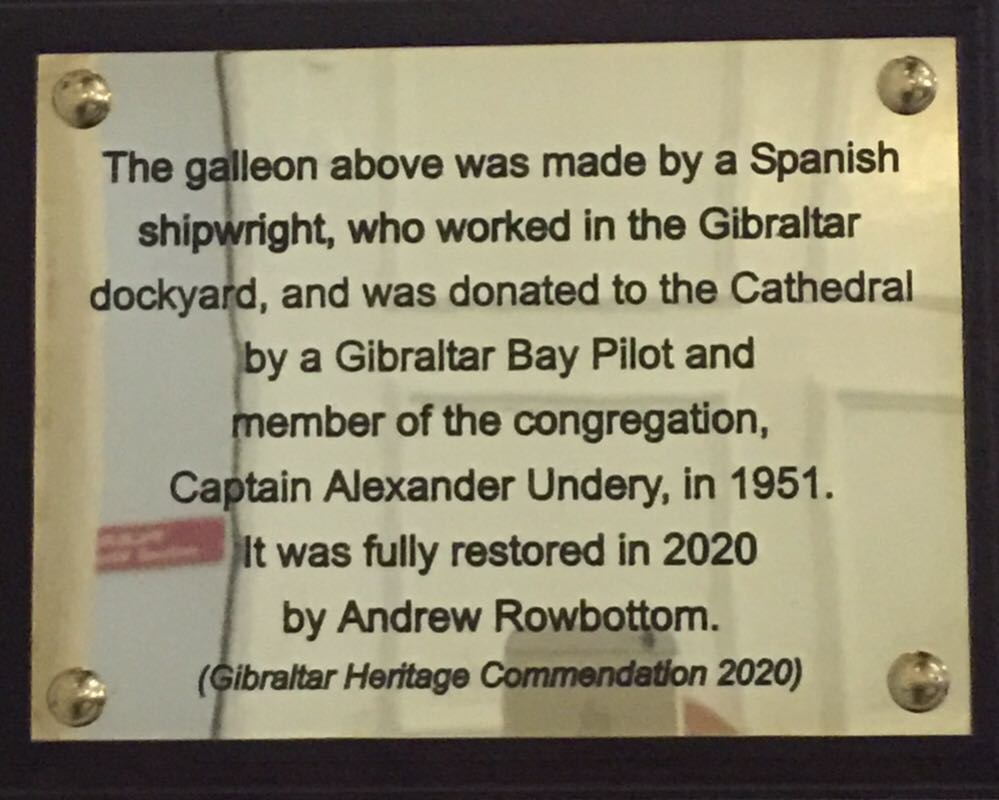 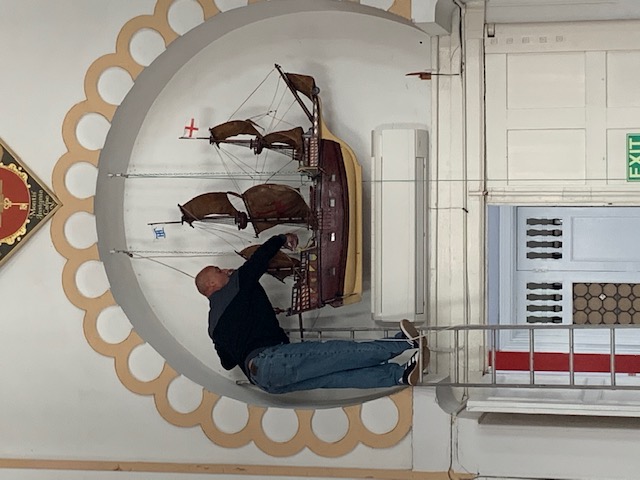 Acommemorative plaque for the galleon and its restoration has now been made and fixed to the wall near the doorway.

Hanging over the north door of Holy Trinity Cathedral is a model of a Spanish Galleon.

It was made in 1951 by a Spanish shipwright, Francisco Gonzalez, who worked in theNaval Dockyard.The Galleon was presented to the Cathedral by Alexander Undery, as Holy Trinity wasthe Naval Church in Gibraltar at the time.

The Undery family have lived in Gibraltar since 1877 when William Charles Undery came to Gibraltar as a soldier with the RoyalWelsh Fusilier.

He married a local girl, left the army and joined the Port Department –this was the start of the connection with the sea. William was decorated by the King of Italy for his bravery in saving lives when the Utopia sank in the Bay.

Future generations of the Undery family continued their association with the Sea. William Undery’s son continued in his father’s footsteps and became a Bay Pilot.

His son Alexander also became a Bay Pilot after his return from working as an apprentice on British tankers. 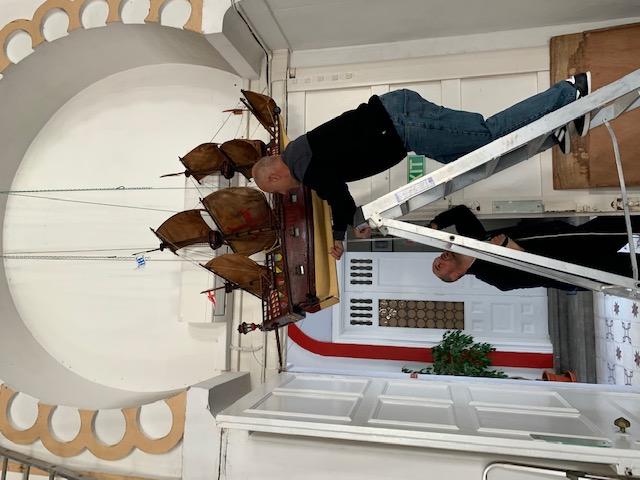 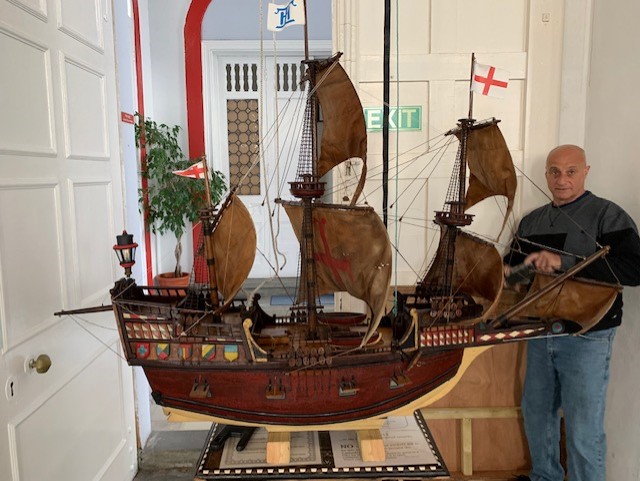 Holy Trinity is grateful to Myrtle Mumford for providing the background information on the Undery connection with the Spanish Galleon.

Her father was Alexander Undery, and her brother was the late George Undery.