The Calpe Conference 2022: A personal view

Part One
In my reportages of the Calpe Conferences for the years 2020 and 2021, I mentioned the Covid-19 pandemic and the impact this had had on those conferences. This year there will only be a brief mention and that is to highlight that people were carrying on as they had done for most of their lives: there was no fear, no anxiety, and no segregation; everybody was going about their business as normal. The conference, titled “The Palaearctic-African Bird Migration Systems – 50 years on,” ran from the 22nd to the 24th of September at the University of Gibraltar and was the 26th Calpe. This was a conference about the science of bird migration and associated topics. And about how scientific explanation and understanding have evolved over the 50 years since the posthumous publication, in 1972, of the seminal book, The Palaearctic-African Bird Migration Systems, by the pioneering English ornithologist, Reginald Ernest Moreau. 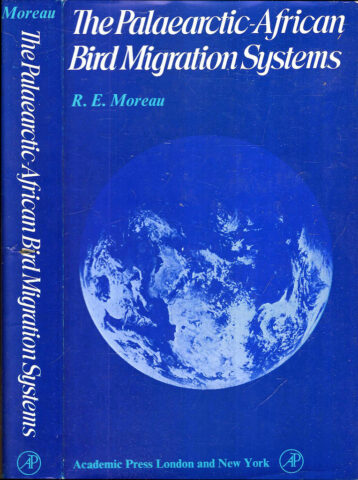 Our Calpe Conferences are now firmly embedded in Gibraltar’s contribution to research, knowledge, and education. In her welcoming address, Vice-Chancellor of the University, Professor Catherine Bachleda, acknowledged their value and importance, noting that: “The Calpe Conference has a reputation for bringing together some of the greatest minds on a given topic.” This year was no exception, Catherine noting there being “An absolutely dazzling array of scientists from the UK, France, America, Sweden, Italy, Spain, Denmark, Switzerland, and the Netherlands.”

She then introduced Professor John Cortes, Minister for Education, Public Health, Environment, Sustainability, Climate Change, Heritage, and Culture, who inaugurated the conference. The Minister, an ornithologist in his own right, provided an extraordinary speech that in 15 minutes condensed the history of ornithology, especially in relation to migration, beginning with the observations of the Reverend John White at Gibraltar in the late 18th century, to the latest research in migration science. He highlighted Moreau’s work and those of other pioneer ornithologists (some of whom were at the Calpe) and local ornithologists that had been formative in the Minister’s biological career. Just prior to declaring Calpe officially open he noted that: “As we will see over the next three days, the world of understanding in bird migration has changed radically. Our new understanding is leading to a total change of paradigm, but Reginald Moreau will always be there, pleased that the work he largely inspired continues. You are writing his final chapters.”

I chaired the entire conference this year. The first speaker, Dr Ian Newton, studied for his PhD at Oxford University at the time of Reginald Moreau and Dr David Lack (Director of the Edward Grey Institute of Field Ornithology at Oxford University), both of whom stimulated his interest in bird migration, making Ian the perfect person to provide a historical review of Moreau and his work. Ian discussed population changes of Palaearctic-African migrants over the last 50 years; he explored the ideas proposed by Moreau on migrations and winter ecology of these birds noting that: “If Moreau were able to attend this conference with us, I think he would be delighted really, at the way things have developed in the past 50 years since his book. He would no doubt welcome the ways in which new research has expanded, and in some cases supported his ideas and in other cases modified them.”

The next speaker, Professor Jacques Blondel, from the Centre d’Ecologie Fonctionnelle et Evolutive at Montpellier, is a pioneer of migration and Mediterranean ecology. He was a speaker at Calpe 2010, a conference about migration titled “Ecological Change and the Evolution of Bird Migration Systems,” and ornithologists in the hall that had been present in 2010 were keen to hear this year’s lecture. Jacques’s lecture included slides of fascinating historical material regarding migration science in the form of his correspondence from the 1960s with leading ornithologists of the time that included Moreau, Lack, and David Snow. Methodological and technological advances in biogeography and phylogenetics, he said, provide tools for fresh insights on the evolutionary history of birds in space and time. He discussed aspects of migration in relation to two alternate theories: the Northern Home Theory, and the Southern Home Theory. Jacques noted that: “Migration is a step by step process of dispersal into areas with increasing seasonality,” and that: “Migratory behaviour is a flexible behaviour which appears or disappears as a response to variation of seasonality in the breeding areas.”

Next on was Dr John Rappole from the Smithsonian Conservation Biology Institute in Front Royal, Virginia. He had also been a speaker at Calpe 2010. A few months prior to the Calpe, I had read John’s recently (2022) published book, Bird Migration: A New Understanding, which explores “unexpected causes and previously misunderstood aspects of the annual migration cycle.” And which contains views that challenge those currently held. In his captivating lecture, John held that: “migration starts with dispersal, and the purpose of dispersal is to locate a place where the young bird can reproduce.” He mentioned research that provided clues to “a new understanding of migration as a seasonal movement both within and between continents, capitalizing on food super-abundances in a variety of habitats.” He commented on the assertion held by many that: “the suite of characters necessary for successful migration evolved over millions of years… and that this suite was under control of a genetic switch that could be turned on and off as environmental conditions required,” concluding that: “No such switch has been found, nor in my opinion is it likely to exist.”

The afternoon sessions commenced after the lunch break during which speakers and delegates had enjoyed an excellent selection of food and drinks and interesting discussion about the morning’s proceedings. Professor Geraldine Finlayson and Dr Stewart Finlayson, both from the Gibraltar National Museum, delivered the first lecture. In many areas of research, knowledge and understanding of the past is crucial to understanding the present. Geraldine noted that: “we have learnt a lot about climate change in the Late Pleistocene and Holocene since Moreau’s publication… fifty years ago.” Work since then has also shown that changes in vegetation patterns north of the Sahara are more complex than previously thought “particularly at small spatial scales, due in no small measure to the topographic heterogeneity of the Iberian Peninsula.”

Research by the Gibraltar National Museum and collaborators have contributed significantly to our current understanding of what past environments and conditions were like. Describing this work undertaken over more than 30 years, Geraldine said that excavations at Gorham’s and Vanguard Caves “have yielded huge amounts of information. Not just bird remains, we have also been able to find out about other animals and plants that were present in the Late Pleistocene. This material is permitting us to reconstruct the climatic and environmental conditions in fine detail.” We know that Moreau knew about the Pleistocene bird fossils found in Gorham’s Cave. Stewart described and explained the fossil material from the caves and focused on bird species abundances, diversity, and life histories, noting that: “Moreau started off on his journey and we have to say that his vision with the limited information at his disposal was actually remarkable. He understood that to begin to comprehend Palaearctic-African migration we need to understand the past. The conditions of the Pleistocene were the key.”

Next was Professor Clive Finlayson from the Gibraltar National Museum. Although younger than other ornithologists that have Oxford connections and were there at the time of Moreau, Clive can claim an interesting historical nugget in that his D.Phil at the Edward Grey Institute of Field Ornithology at the University of Oxford was funded by the first David Lack Studentship awarded by the British Ornithologists’ Union. Clive began his lecture by providing a brief introduction of life in the Tertiary Period, moving then to the Pleistocene; on the way noting that the “story of emergence of genera of species that today we would associate with migrants and trans-Saharan migrants is a story of the Miocene and into the Pleistocene.” He discussed a range of conditions that affected the Palaearctic and African regions during the last glacial cycle, and into the Holocene. He examined large-scale factors that would have significant impact on the population sizes of Palaearctic-African birds including changes of the northern hemisphere ice sheets, and “concomitant areal changes in steppe-tundra and, importantly, the expansion and contraction of the Sahara Desert.” These would also have resulted in “constant adjustments to routes, breeding, and wintering areas for migrants.”

The final lecture of the day was by Professor Anders Hedenström from Lund University, Sweden. Anders studies the aerodynamics and energetics of flight and migration in birds. Discussing the potential to sustain endurance migratory flights for several days and that it may not be the best strategy, he described that with the development of Optimal Migration Theory and novel technologies, a “more nuanced picture is emerging consisting of a manifold of strategies to tackle ecological barriers by migratory birds.” Time minimization is an overall strategy; there is flexibility regarding flight strategies, and many different outcomes exist. Enthusiastic of further insights in migration science, he said that: “we are extremely lucky now because 50 years after Moreau we can get data, one can get really good insight how birds execute their migrations, we will see many more discoveries in the future.”

The first day of the conference ended after an extremely interesting discussion on genetics, phylogenetics, and fieldwork. People dispersed and left, some discussing the day’s lectures, and headed to a Welcome Reception at the World Heritage Site Viewing Platform. There, further conversations and discussions continued whilst speakers and guests contemplated the view of the Strait of Gibraltar. And the amazing caves below where so many fossils that have changed the way we understand the past and the present have been discovered.