SPONSORED CONTENT: This month take up the Veganuary challenge

January is the month where people take on the plant-based challenge of not consuming animal products for a whole month, a challenge better known as Veganuary.

People across the Rock have set the challenge for themselves to eat vegan this month. This means cutting out meat, dairy, gelatine etc and only eating plants.

Lea Payne is one of the people giving up meat, dairy, eggs and honey for this month.

“It’s going good so far,” she said, adding she has found it difficult to give up cheese.

“I even dreamt about cheese last night, but I have stayed strong.”

Missing cheese is a common obstacle in eating vegan food, this is due to casein a protein in cheese which triggers our ‘feel-good’ receptors.

Ms Payne tried one brand of vegan cheese but found the product too sweet so she was informed of the wide range of vegan cheeses stocked in Eroski, including grated, soft and spreadable as well as red Leicester. 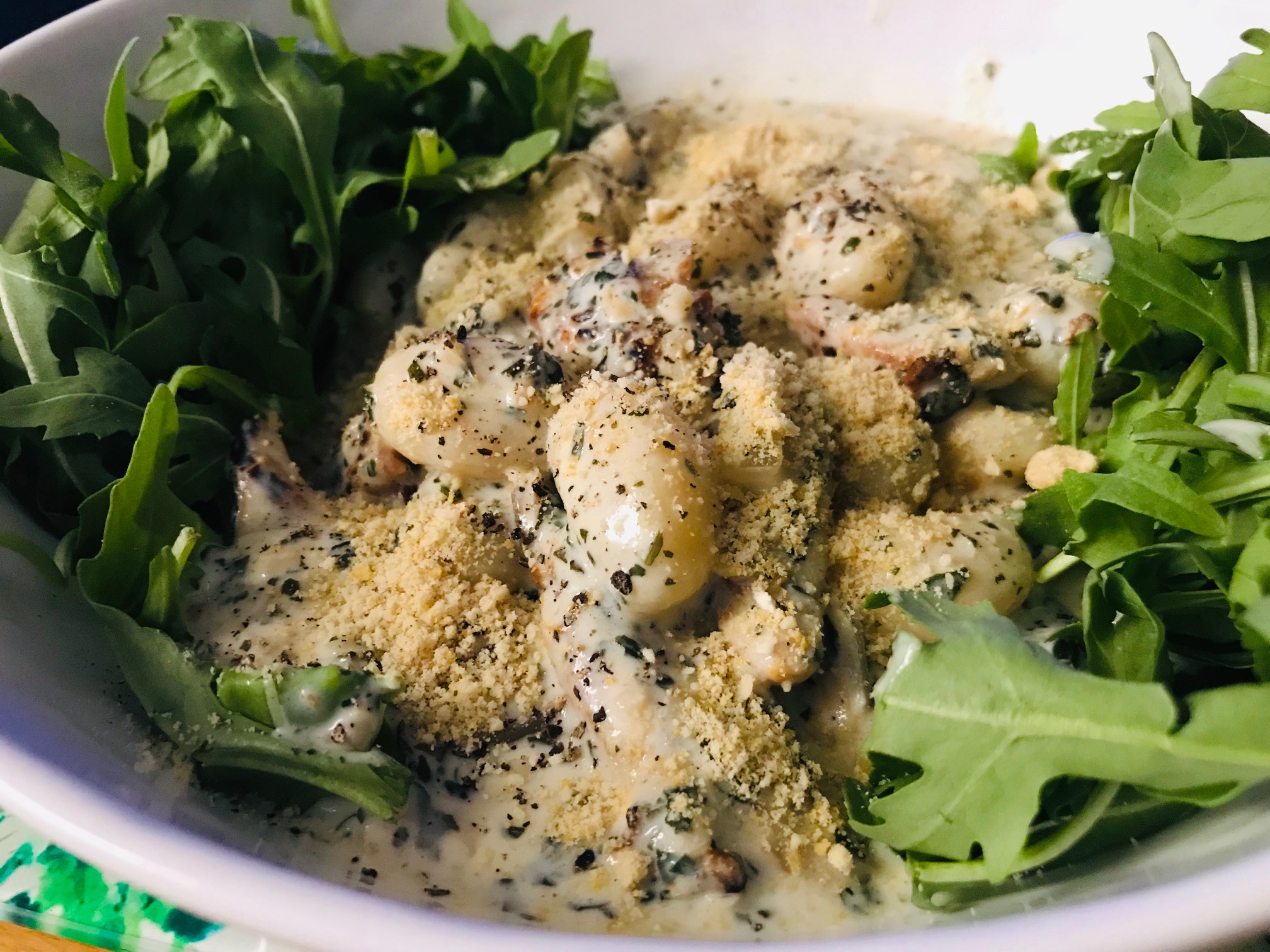 Ms Payne is ensuring that the alcohol she drinks is also vegan.

“I am pure Grey Goose only,” she joked.

Aside from cheese Ms Payne found breakfast the hardest meal of the day to replace with vegan alternatives.

“I used to have scrambled egg or yogurt and fruit,” she said.

“Now I am having toast with margarine.”

Finding vegan food can be all the challenge in itself for many, but Eroski have stepped in to stock a range of vegan products.

Eroski stock brands such as Beyond Meat and Feed me Vegan by Lucy Watson, as well as products from Waitrose, Violife, Sheese and the Vegetarian Butcher to name a few.

Ms Payne hadn’t tried any of the various vegan yogurts on the market such as ones made from soy or coconut and also available in Eroski.

To replace her love for scrambled eggs she was told about scrambled tofu. A dish that comprises of firm tofu, brands Calderon or Tofoo are ideal, black salt [for that eggy taste] and turmeric for colour.

She hadn’t sought out vegan milks and instead cut out milk in her coffee and hot drinks altogether.

Her favourite dinner that she made so far has been various curries.

“I love chickpea and potato curries and things like that,” she said.

Ms Payne has taken the Veganuary challenge with her on a night out too but made it easy for herself and went to an Indian restaurant.

She foresees that the food she will miss the most is pizza. Eroski have two varieties of vegan pizza including one with jackfruit.

One challenge she faces will be when eating out when she goes to Las Vegas this month.

“It is going to be a challenge,” she said.

Ms Payne has downloaded an app ‘Happy Cow’ to help her stick to Veganuary while in ‘Sin City’. 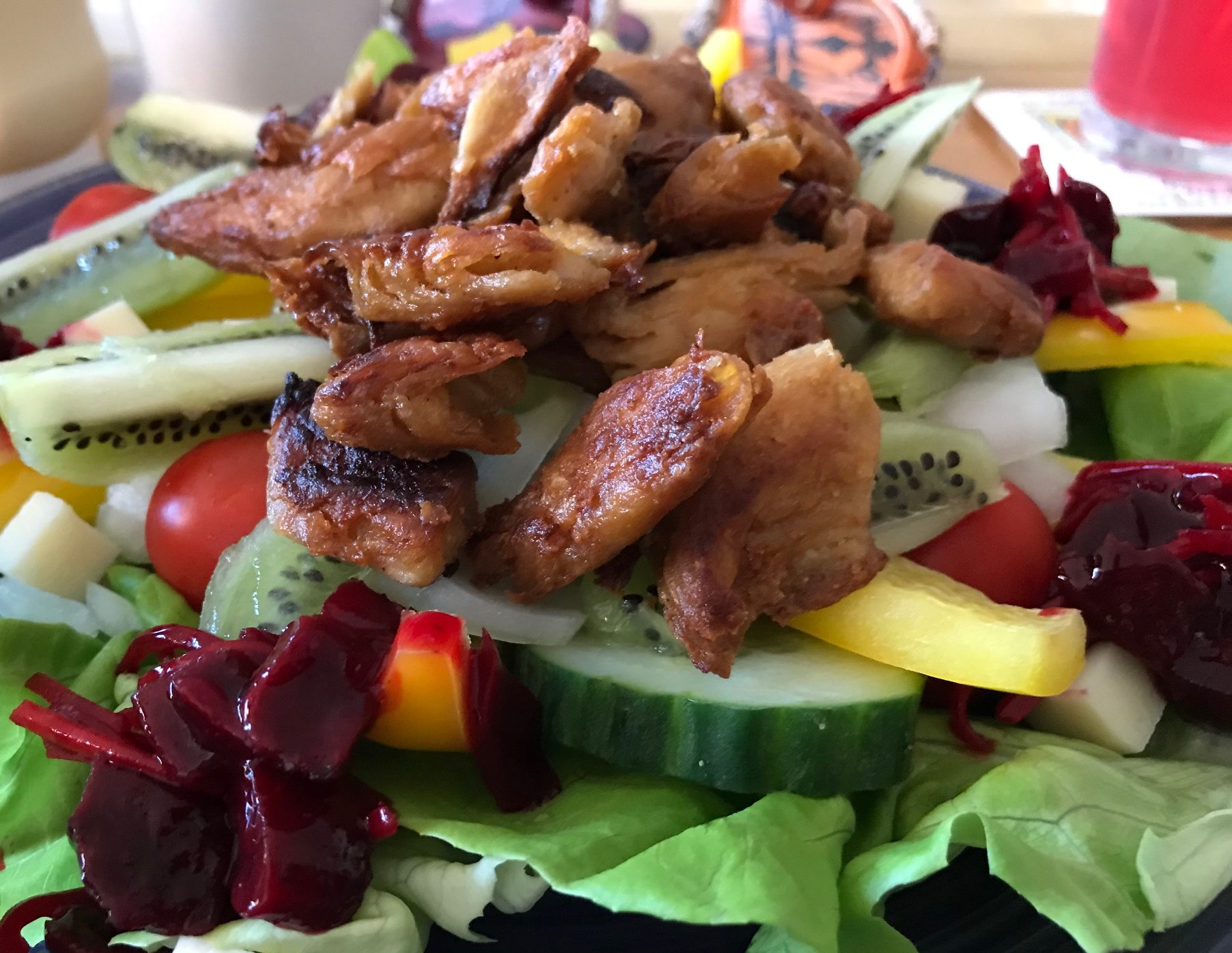 Her colleague Tony Evans is also taking the Veganuary challenge.

“So we have a couple of vegans around the office and I thought especially as there is one directly on my team just to support her I thought I’d join in on the fun, see what it is like and see if I can do it.”

Mr Evans did vegetarian week last year in May and said it went reasonably well.

“I think the hardest thing has been cutting out dairy,” he said.

“We have milk here in work which is soya milk and Mum has nut milks at home which I have yet to try, so that is one I need to give a go. It is the cheese I am missing more than anything else.”

“I had vegan cheese for the first time in my life last night.”

His Mum is also eating a plant-based diet and has been for a while.

Mr Evans has been out for dinner and had a vegan quarter pounder burger when he was out, which he enjoyed.

He was pleased to hear that the Beyond Meat burger was available in Eroski and added the taste is on a par with other meat burgers.

At present when he is at work he snacks on nuts or vegan jerky and was pleased to hear that Jelly Tots were vegan.

Many people report that they feel better when they cut out meat and dairy.

For Mr Evans its early days but he has noticed the diet has not affected his running times, and actually he is now faster than last year.