File photo dated 17/02/16 of a Job Centre Plus in London. Britain's jobless rate has soared to its highest level for more than four years as official figures showed nearly 830,000 workers have been dropped from UK payrolls since the start of the pandemic.

Britain’s unemployment rate has soared to its highest level for more than four years as official figures showed more than 200,000 workers lost their jobs in the three months to November.

The Office for National Statistics (ONS) revealed the unemployment rate reached 5% in the quarter for the first time since early 2016, with the second lockdown ripping through the UK jobs market.

As the number of unemployed rose to a five-year high of 1.72 million, redundancies also surged to a new record and the growth in vacancies halved as the second wave of the pandemic struck.

Experts said the Government’s move to extend the furlough scheme to April has helped cushion the blow, with tax data showing employees on company payrolls rose by 52,000 – or 0.2% – between November and December.

But 828,000 workers have now been dropped from UK payrolls since February, before the pandemic hit. 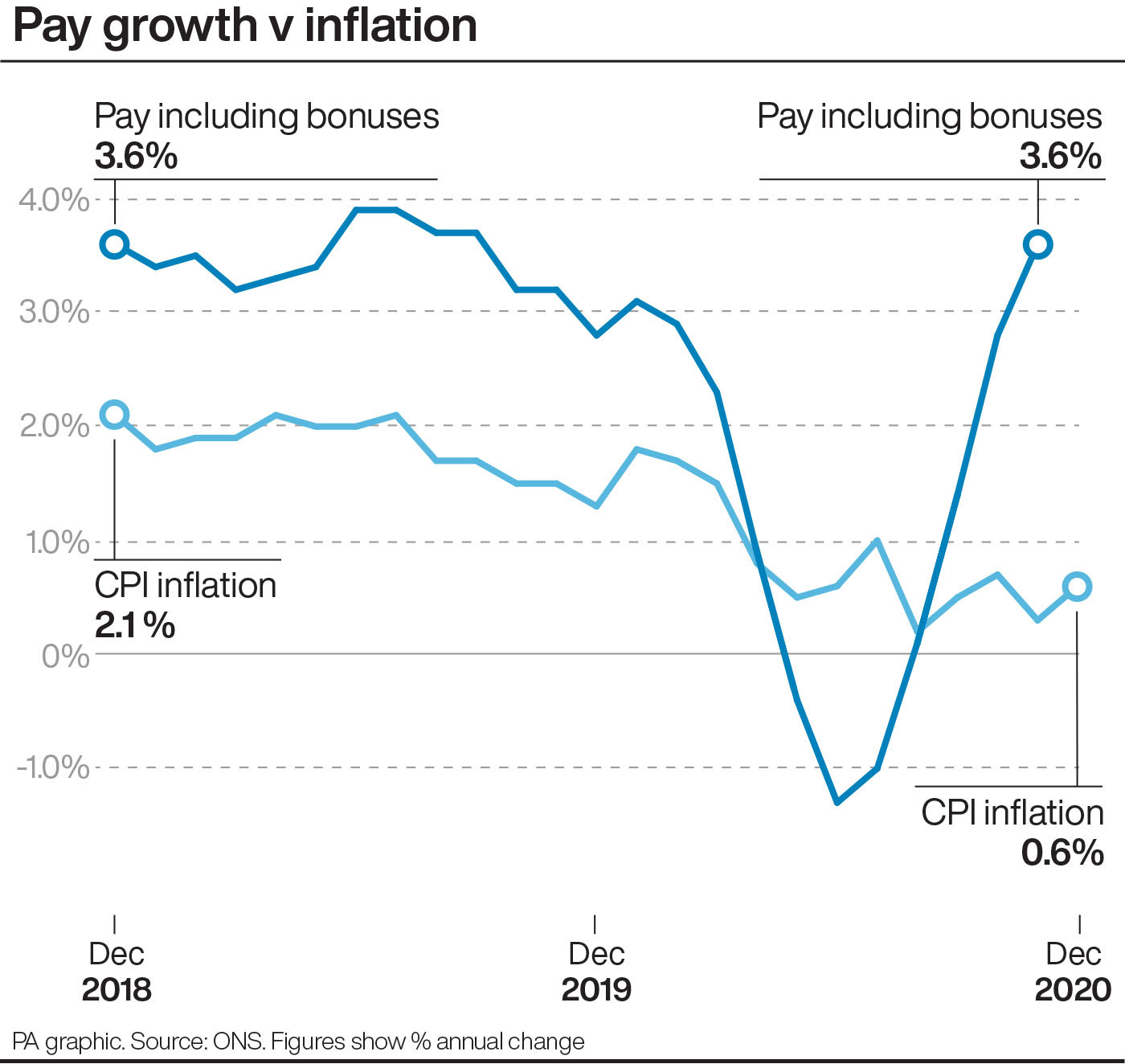 Economists warned that there would be further pain to come after the latest lockdown hammers the economy.

“This crisis has gone on far longer than any of us hoped — and every job lost is a tragedy,” Chancellor Rishi Sunak said.

“Whilst the NHS is working hard to protect people with the vaccine, we’re throwing everything we’ve got at supporting businesses, individuals and families.”

There were 2.4 million jobs on furlough as of the end of October, down from a peak of 8.9 million in May, but experts said many firms had already let staff go before the scheme was first extended.

Business leaders reiterated calls on Mr Sunak to extend support measures further in next month’s Budget to help sectors being battered by the lockdown, such as the hospitality industry and the high street.

On Monday alone, more than 20,000 retail jobs were put at risk after Boohoo announced a deal to buy the Debenhams brand, and rival Asos said it was poised to buy Topshop.

Tej Parikh, chief economist at the Institute of Directors, said: “It is now crucial that the Job Retention Scheme and other Covid-19 economic support is extended beyond the spring to support employment as restrictions continue.”

Matthew Percival, director of people and skills at the CBI business group, said the Chancellor must “act now” and extend furlough “at least the end of June to avoid a cliff-edge”.

The claimant count, another measure that includes people working with low income and hours as well as people who are not working, edged up by 0.3% to 2.6 million in December. 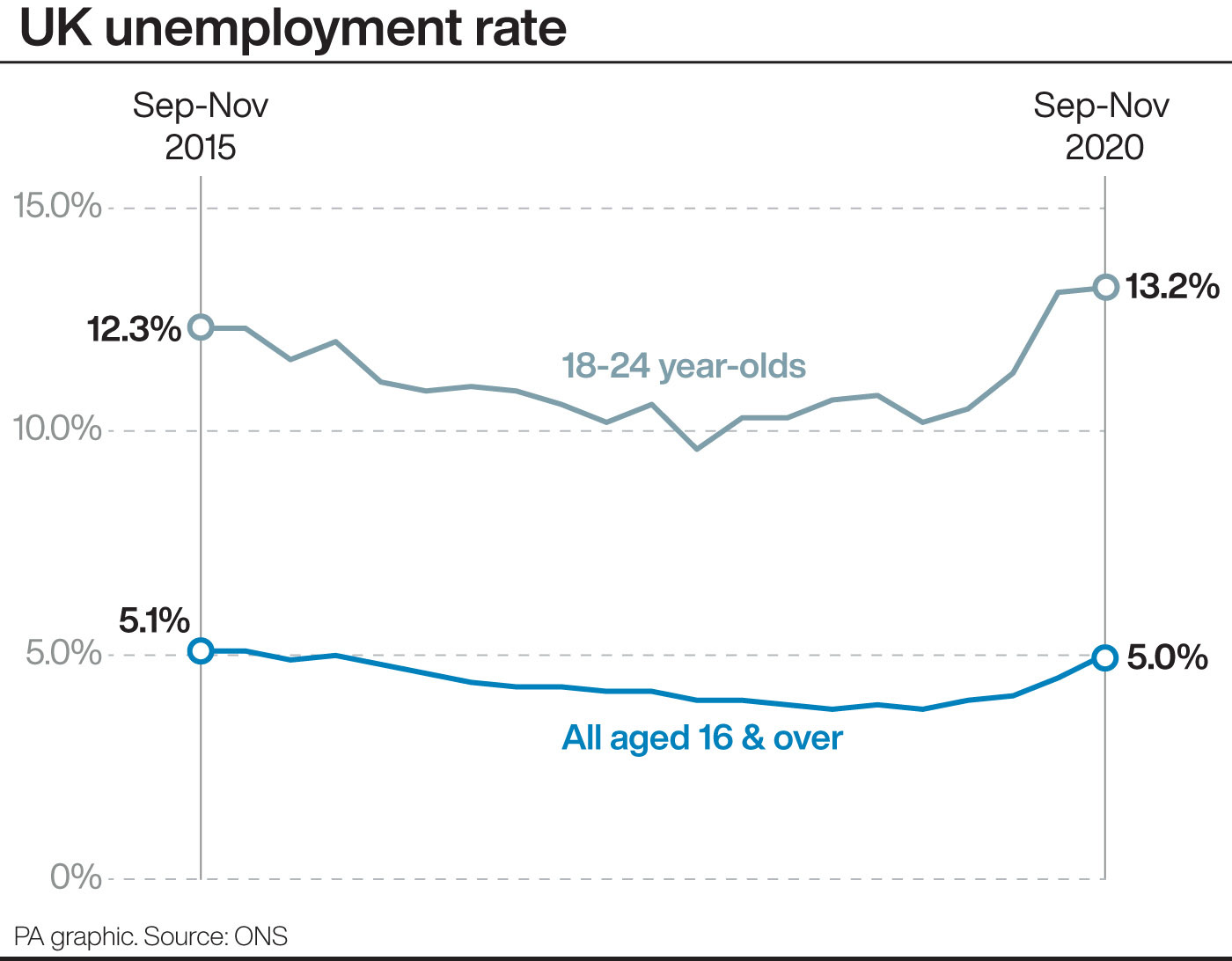 The early recovery in vacancies seen in the summer also slowed, with around 81,000 between October and December at 578,000 – half the level of growth in the previous three months.

The ONS said wages rose by 3.6% annually over the quarter to November, though it stressed that, with a high proportion of jobs axed being lower-paid roles, the underlying increase in wages is likely to be less than 2%.

Howard Archer, chief economic advisor to the EY Item Club, warned: “Even with the extension of the furlough scheme, pressure on the labour market is likely to increase with the economy expected to contract in the first quarter of 2021 and the widespread closure of hospitality and leisure companies as well as non-essential retailers.”