By Tony Jones, PA Court Correspondent
The sons of Diana, Princess of Wales have unveiled her long-awaited statue – a memorial to a woman who left an indelible mark on British society.

In the shadow of their mother’s likeness cast in bronze, the Duke of Cambridge and the Duke of Sussex – divided on many issues – put on a united front.

With Diana’s siblings watching, William and Harry pulled away a cloth covering the monument which will forever remind visitors to her former home of Kensington Palace about its most famous resident. 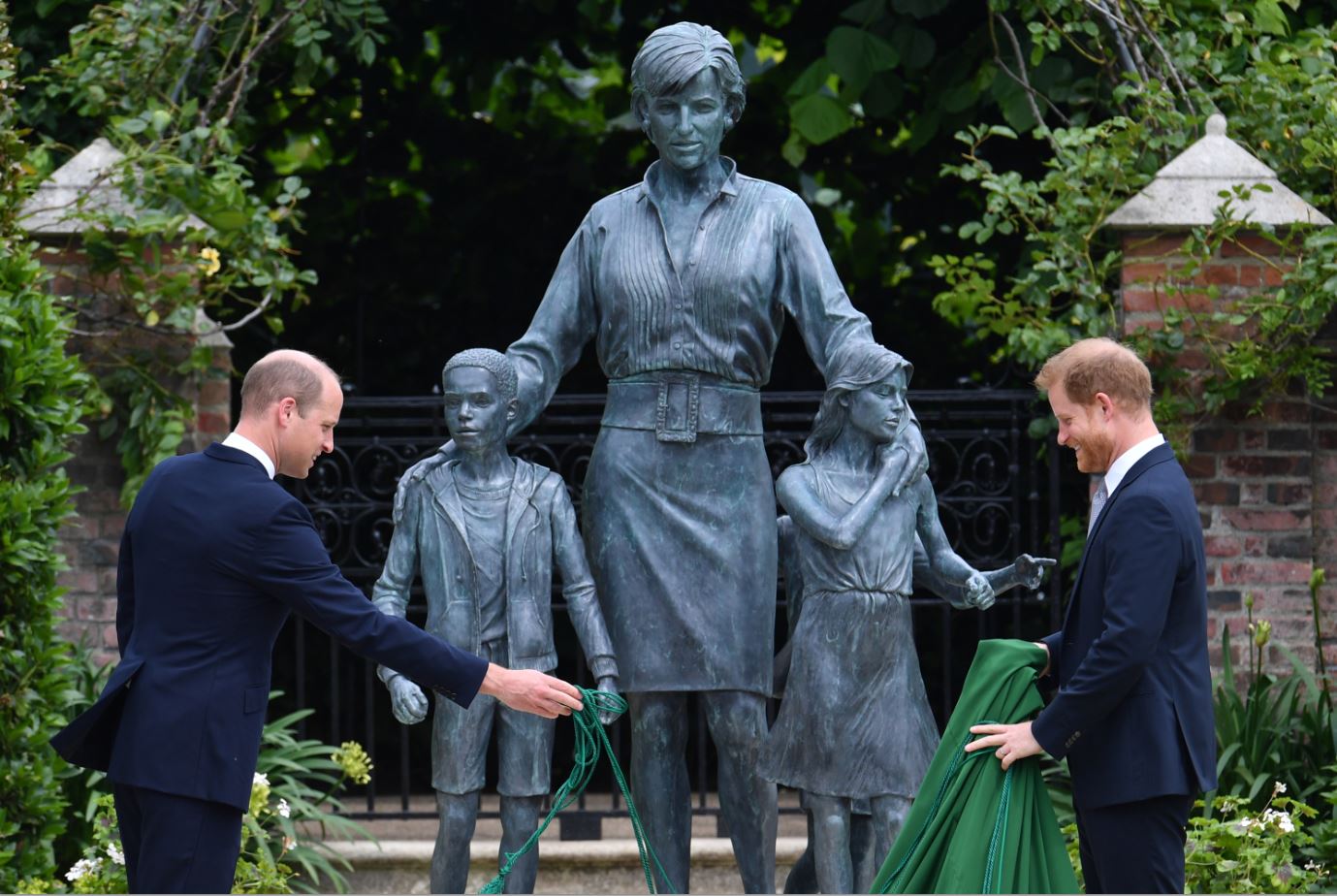 The figure of the princess, who would have celebrated her 60th birthday on Thursday, is surrounded by three children and depicts Diana in the later years of her life.

Kensington Palace said the statue aims to reflect Diana’s “warmth, elegance and energy”, while the children represent the “universality and generational impact of the princess’s work”.

It added: “The portrait and style of dress was based on the final period of her life as she gained confidence in her role as an ambassador for humanitarian causes and aims to convey her character and compassion.”

The royal brothers made no speeches during the ceremony, with the statue standing as their testimony to their mother.

Sculptor Ian Rank-Broadley’s artwork was erected in the palace’s Sunken Garden, one of the places Diana loved most at Kensington Palace.

The space has been redesigned during the past two years and features more than 4,000 individual flowers, including forget-me-nots which were adored by the princess.

The artist said: “Diana, Princess of Wales was an icon who touched the lives of people right around the world so it has been a privilege to work alongside Prince William and Prince Harry on this statue which commemorates her life.

“We wanted to capture her warmth and humanity while showcasing the impact she had across generations. I hope that people will enjoy visiting the statue and the Sunken Garden, and taking a moment to remember the princess.”

In front of the statue is a paving stone engraved with an extract inspired by the poem The Measure Of A Man: “These are the units to measure the worth of this woman as a woman regardless of birth. Not ‘What was her station?’ but ‘Had she a heart? How did she play her God-given part?'”

Covid restrictions had reduced the number of guests to just 13 and most were gathered between the garden’s side entrance and the statue, erected at the end of a large rectangle ornamental pond.

Charles Spencer famously delivered a defiant eulogy at Diana’s funeral in 1997, pledging to his sister “that we, your blood family” would follow her lead and continue to steer her sons “so that their souls are not simply immersed by duty and tradition but can sing openly as you planned”.

William and Harry chatted to their uncle and aunts when they first arrived, walking into the immaculate garden together ahead of the brief ceremony.

Members of the statue committee who were tasked in 2017 with commissioning and privately raising funds for the creation of the statue stood nearby.

Lady Sarah was on the committee and her five colleagues included Diana’s close friend, Julia Samuel, who is a godparent of Prince George, and John Barnes, chief executive of Historic Royal Palaces, the charity which looks after a number of royal sites.

The committee was chaired by Jamie Lowther-Pinkerton, William and Harry’s former principal private secretary, and it also included Gerry Farrell, director of the Sladmore Gallery, which specialises in sculpture, as well as financier Guy Monson, a former trustee of the royal brothers’ charitable foundation.