‘You can’t put a price on it’: International Space Station marks 20 years

As humanity marks the 20th anniversary of continuous human presence in low-Earth orbit, a leading space expert in the UK has described the International Space Station (ISS) as an invaluable scientific resource.

Libby Jackson, who is the human exploration programme manager at the UK Space Agency, said having an orbiting space lab, which cost more than 100 billion US dollars (£75 billion) to build, is something “you can’t put a price on”. 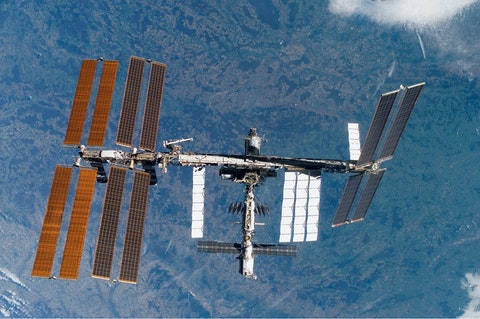 She said: “It is a unique scientific laboratory and the science that we are doing on the space station cannot be done anywhere else on Earth.”

Construction of the ISS began in 1998, and its first inhabitants – US astronaut Bill Shepherd and Russian cosmonauts Sergei Krikalev and Yuri Gidzenko – arrived on November 2 2000.

Since then, human occupancy on the 420-tonne space station has been uninterrupted, with 240 men and women setting up camp over the last two decades.

Ms Jackson said: “There have been over 2,775 different experiments (conducted in the space station) involving more than 100 countries.

“We have been looking at how cells change, how humans change and how materials change in space.

“All of these things are answering questions that are of benefit to everybody on Earth.”

One such space project involved primary school children across the UK who took part in a gardening experiment with salad seeds.

British astronaut Tim Peake took charge of two kilograms of rocket seeds during his stay on the space station, which were returned to Earth in March 2016 and distributed to some 10,000 schools.

The children then grew those salad seeds into plants to see if they have been affected by space travel.

Major Peake also participated in more than other 250 experiments devised by scientists from around the world, one of which involved taking part in an airway monitoring test developed for research that could benefit hundreds of thousands of people suffering from asthma on Earth.

Ms Jackson said: “You also have technology benefits that come from designing something in space which can have spin-outs into things (back on Earth).”

About the size of a five-bedroom house, the ISS has six sleeping quarters, two toilets, a gym, and a set of bay windows that provide astronauts 360-degree views as it circles the globe 16 times a day, travelling at over 17,000 miles per hour.

But with around four billion US dollars (£3 billion) a year being spent on maintenance costs and service flights, questions are being raised about the future of the space station.

The ISS includes contributions from 15 nations, and Nasa, which provides the bulk of the funding, has indicated it plans to end support in the near future as it focuses on lunar and Mars missions.

But Ms Jackson said she is hopeful that private companies will step in to run it commercially.

One such company includes Texas-based Axiom Space, which recently signed a deal with Tom Cruise’s production agency to send the actor to space along with film director Doug Liman.

Ms Jackson said: “The space station delivers benefits to all of humanity but we can’t as governments afford to keep doing everything.

“We may see some of those costs met by people with very, very deep pockets.”

She said that even as human space exploration moves beyond low-Earth orbit, a research base will still be needed nearer home.

Ms Jackson added: “We need the technical proving ground to allow us to check our toilets and our water recycling systems.”

Caroline Harper, who is head of space science at the UK Space Agency, said she hopes the international co-operation that led to the ISS will continue with future human explorations.

She said: “(Even when) politics on the ground is not great, it has been wonderful to see all that co-operation going on up there on the space station.

“International co-operation is a huge factor and I don’t think the academics will want to let go of that.”