Whether it's to give her a few hours of escapism, offer timely advice, or simply help her shrug off the occasional bad mood - there's a book out there for all mums this Mother's Day.

Here are 10 great titles to choose from... 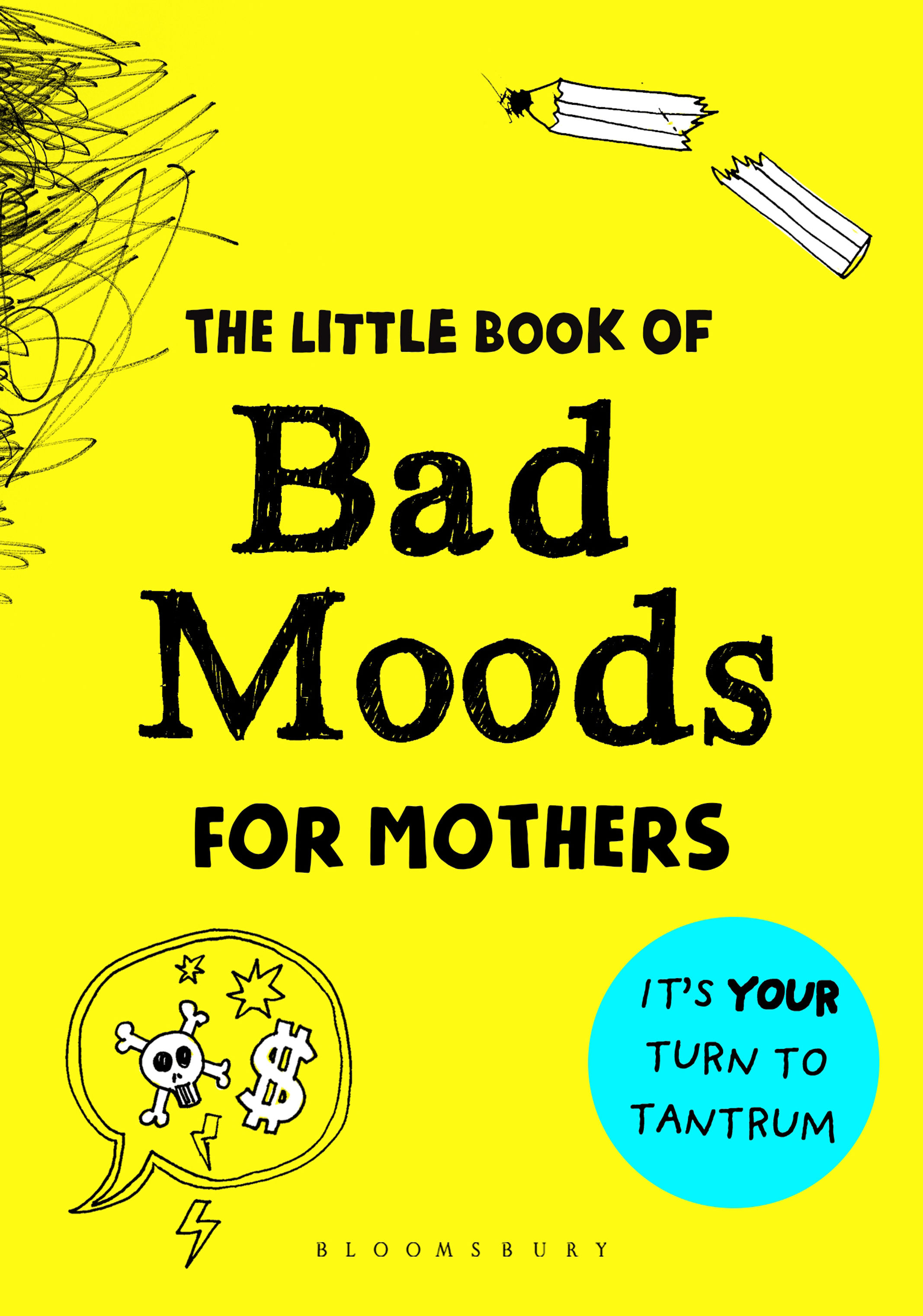 1. The Little Book Of Bad Moods For Mothers by Lotta Sonninen, illustrated by Piia Aho
Perfect for any mother prone to grumpiness, this grown-up activity book for bad-mooded mums will raise a smile and should pull her, at least temporarily, out of the doldrums. Activities include drawing herself before and after pregnancy, assessing the most irritating characteristics her child has inherited from her partner, and filling out an answer sheet to all the unwanted parenting advice she's received. 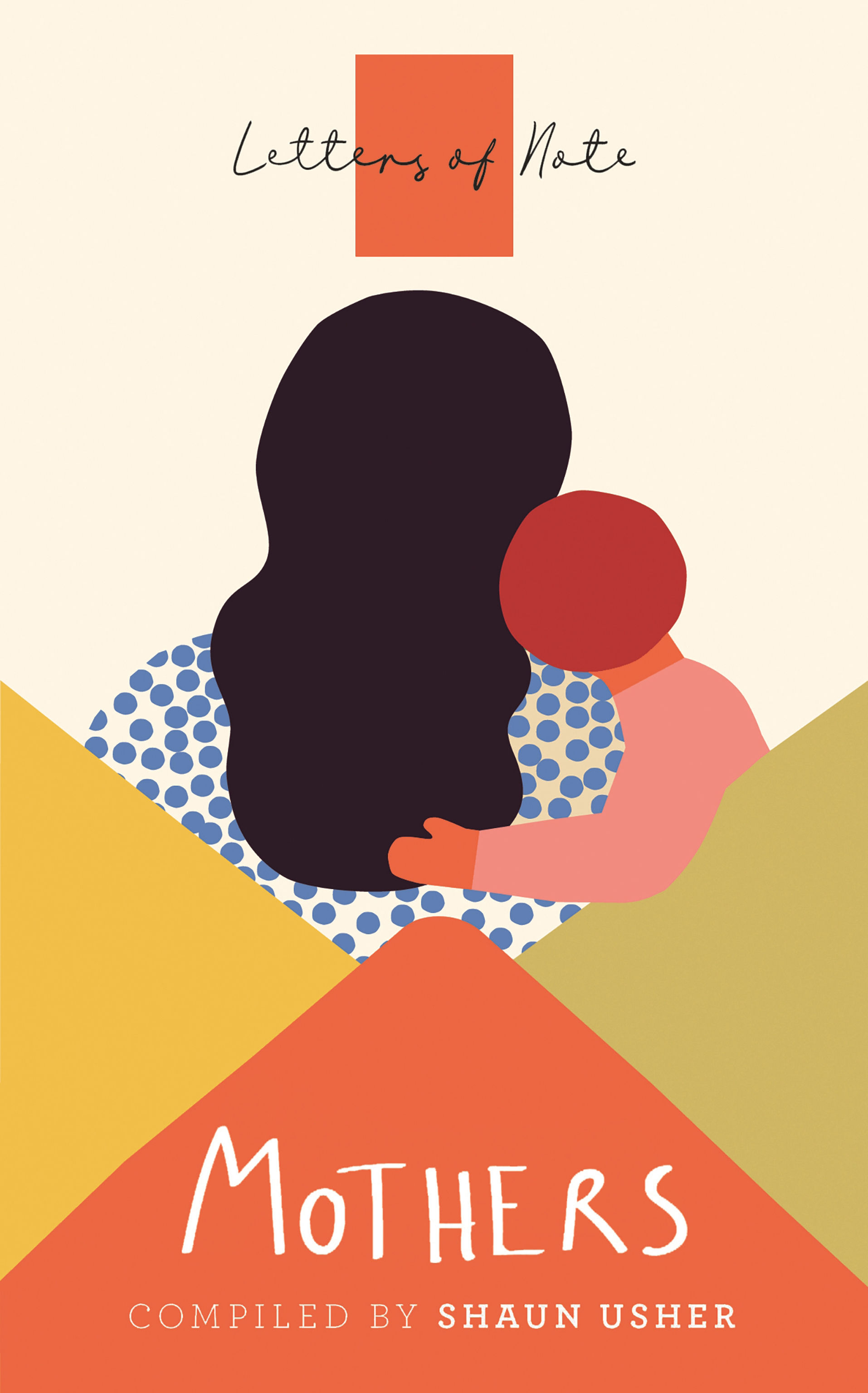 2. Letters Of Note: Mothers compiled by Shaun Usher
The latest in this condensed series collecting the world's most entertaining, inspiring and powerful letters, this edition features letters from or to mothers, discussing the nature of motherhood along with the trials and tribulations of their relationships.

Famous contributions come from Melissa Rivers to her mother, Joan; Caitlin Moran to her daughter Lizzie; and letters exchanged between Barbara Hyman and her mother, Hollywood star Bette Davis. There's also a farewell letter from a 23-year-old kamikaze pilot written a few days before his final mission, and a heartbreaking yet beautiful letter from a terminally ill mum to her young daughters. 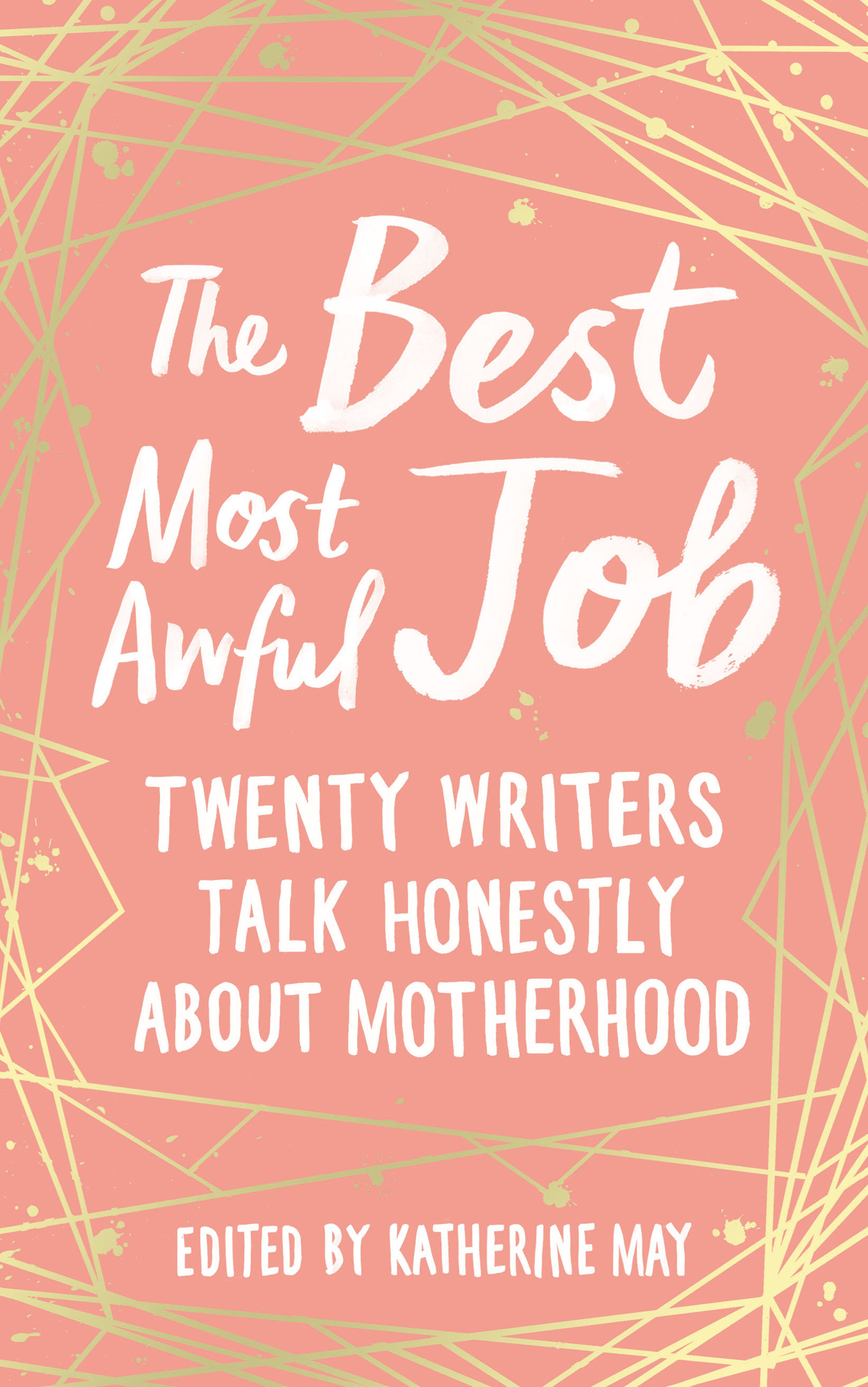 3. The Best, Most Awful Job: Twenty Writers Talk Honestly About Motherhood, edited by Katherine May
What does it mean to be a mother? Here, 20 writers speak out in this searingly honest, diverse and powerful collection about motherhood in all its raw, heart-wrenching, gloriously impossible forms.

Stories cover infertility, step-parenting, losing a child, single parenthood, being an autistic mother, a reluctant home-schooler, and the many ways in which race, class, disability, religion and sexuality affect motherhood.

It brings together a diverse range of bold and brilliant writers, including Hollie McNish, Josie George who writes about mothering yourself and your child when your body won't play ball, and Michelle Adams, who reflects on meeting your adoptive child and learning to be a mother. 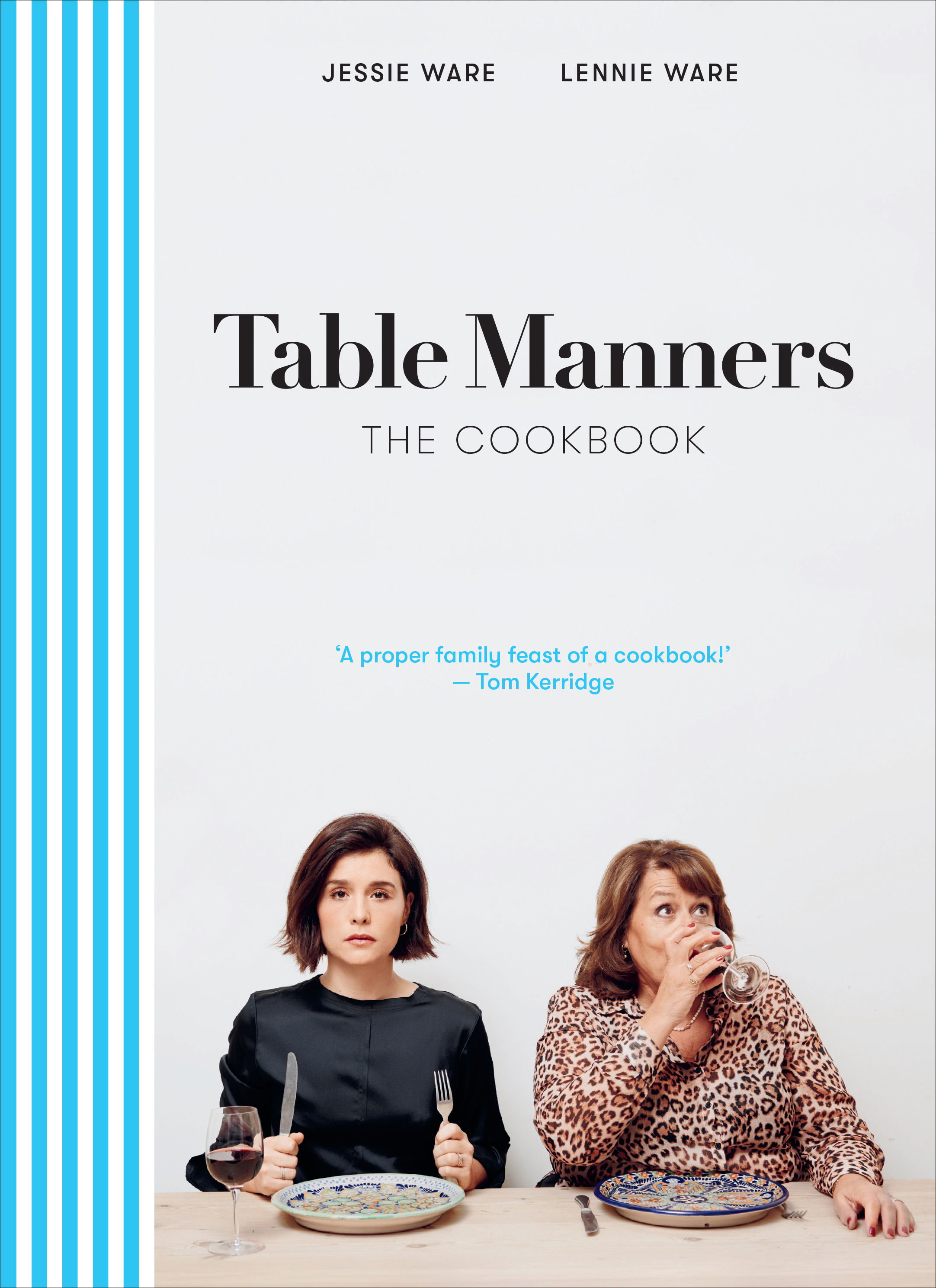 4. Table Manners: The Cookbook by Jessie and Lennie Ware
The mother and daughter duo behind hit podcast Table Manners have released their first cookbook, featuring recipes they've cooked for the celebrity guests they've had on the show. These include a sausage and bean casserole made for Ed Sheeran, blackberry and custard tarts for Nigella, and the drunken crouton and kale salad they made Yotam Ottolenghi.

Brash, funny and full of opinions, the book is full of easy meals and no-nonsense shortcuts and is also a journal of their family's most pertinent and cherished food memories. 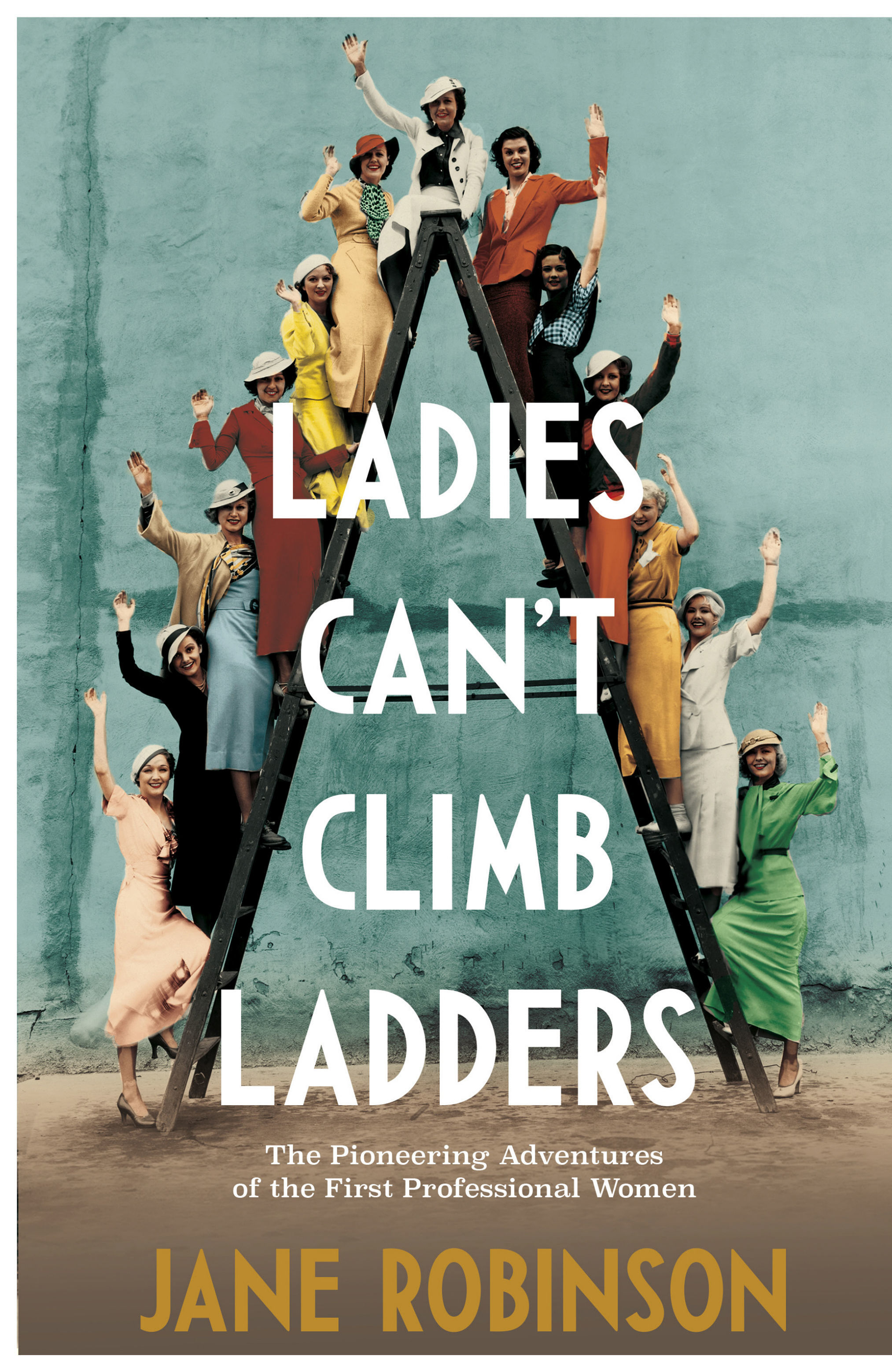 5. Ladies Can't Climb Ladders by Jane Robinson
Published to mark the 100th anniversary of the Sex Disqualification (Removal) Act, this book is a tribute to the pioneering women who were the first to break down barriers into what had been a man's world.

It focuses on the lives of women who forged careers in the fields of medicine, law, academia, architecture, engineering and the church, examining their hopes and ambitions and how family and society responded to this emerging class of working women. 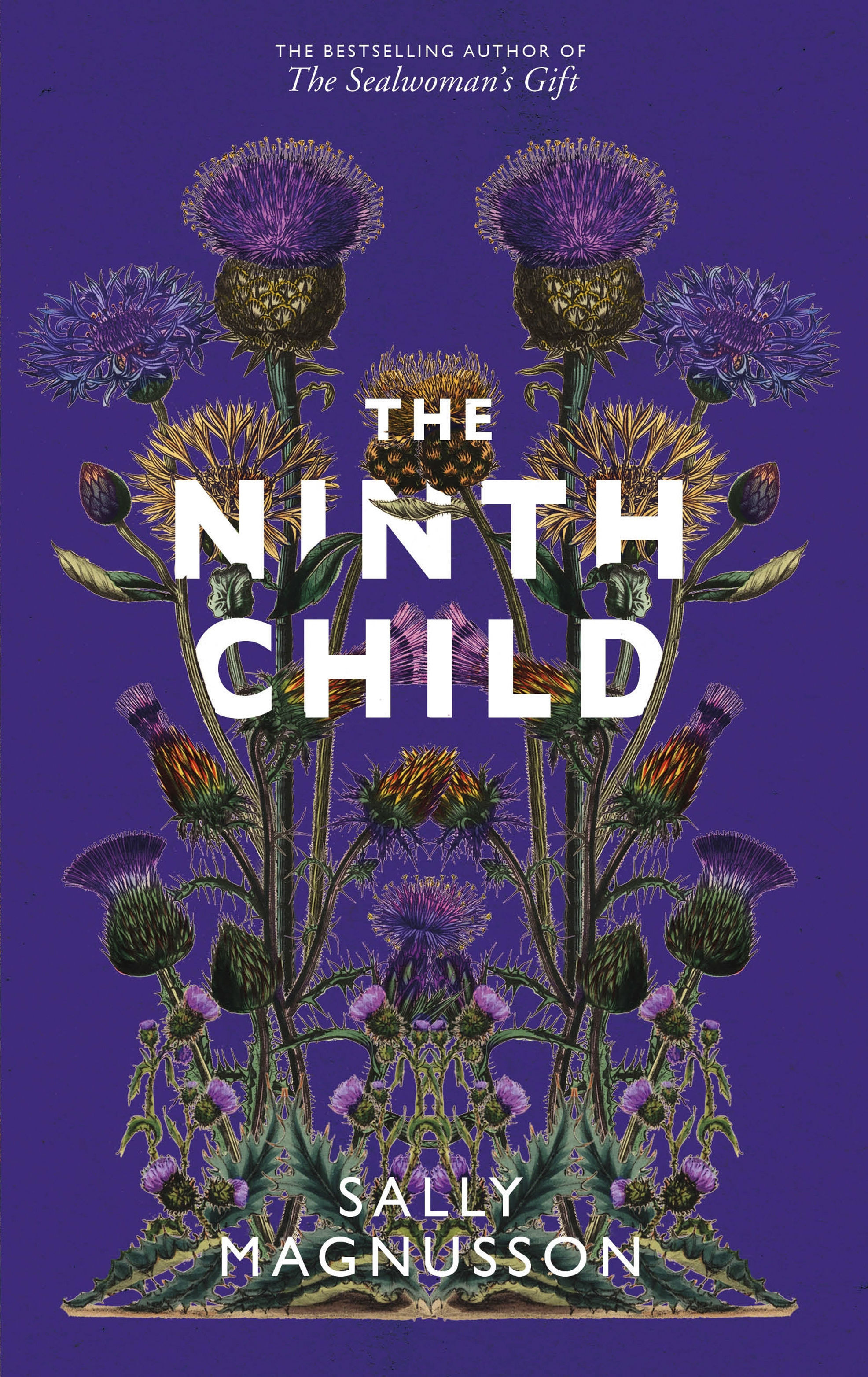 6. The Ninth Child by Sally Magnusson
Bestselling author, journalist and broadcaster Magnusson brings us this fictional tale which blends folklore and historical realism.

Set in 1856 in the Scottish Highlands, a young doctor's wife has almost given up hope of ever becoming a mother - despite being pregnant once more. Following her husband to a remote part of the Highlands, where a massive engineering project to deliver clean water to disease-ridden Glasgow is underway, she discovers a new kind of freedom and encounters a mysterious stranger. 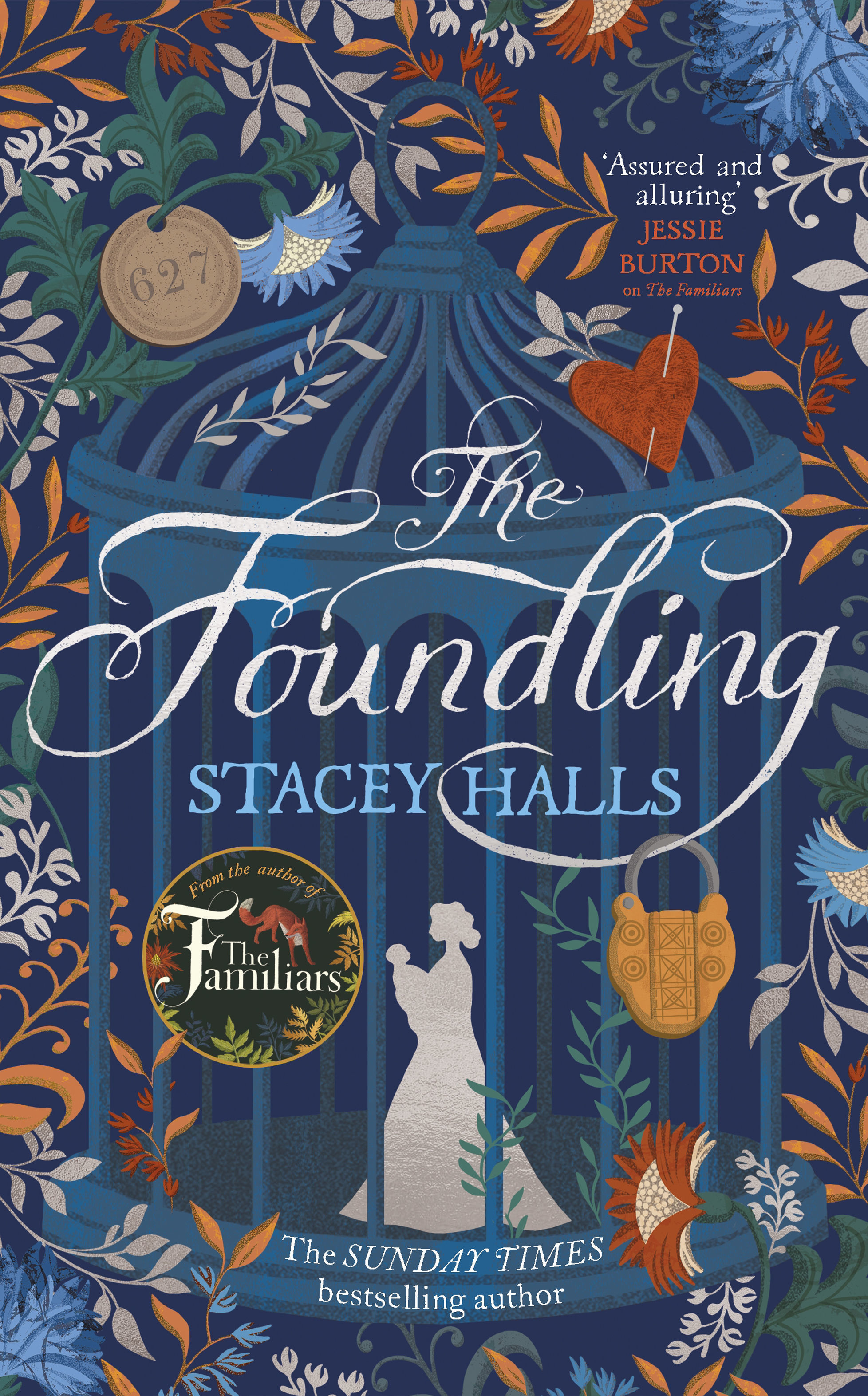 7. The Foundling by Stacey Halls
Described by Cosmopolitan as 'The new Hilary Mantel', here, Halls brings us a novel focusing on the meaning of motherhood, families, secrets and class against the backdrop of Georgian London.

Set in 1754, we meet Bess Bright, who, six years after leaving her illegitimate daughter Clara at London's Foundling Hospital, returns to reclaim the child she's never known. There, she discovers that her daughter has already been reclaimed - and sets out to find who has taken her and why. 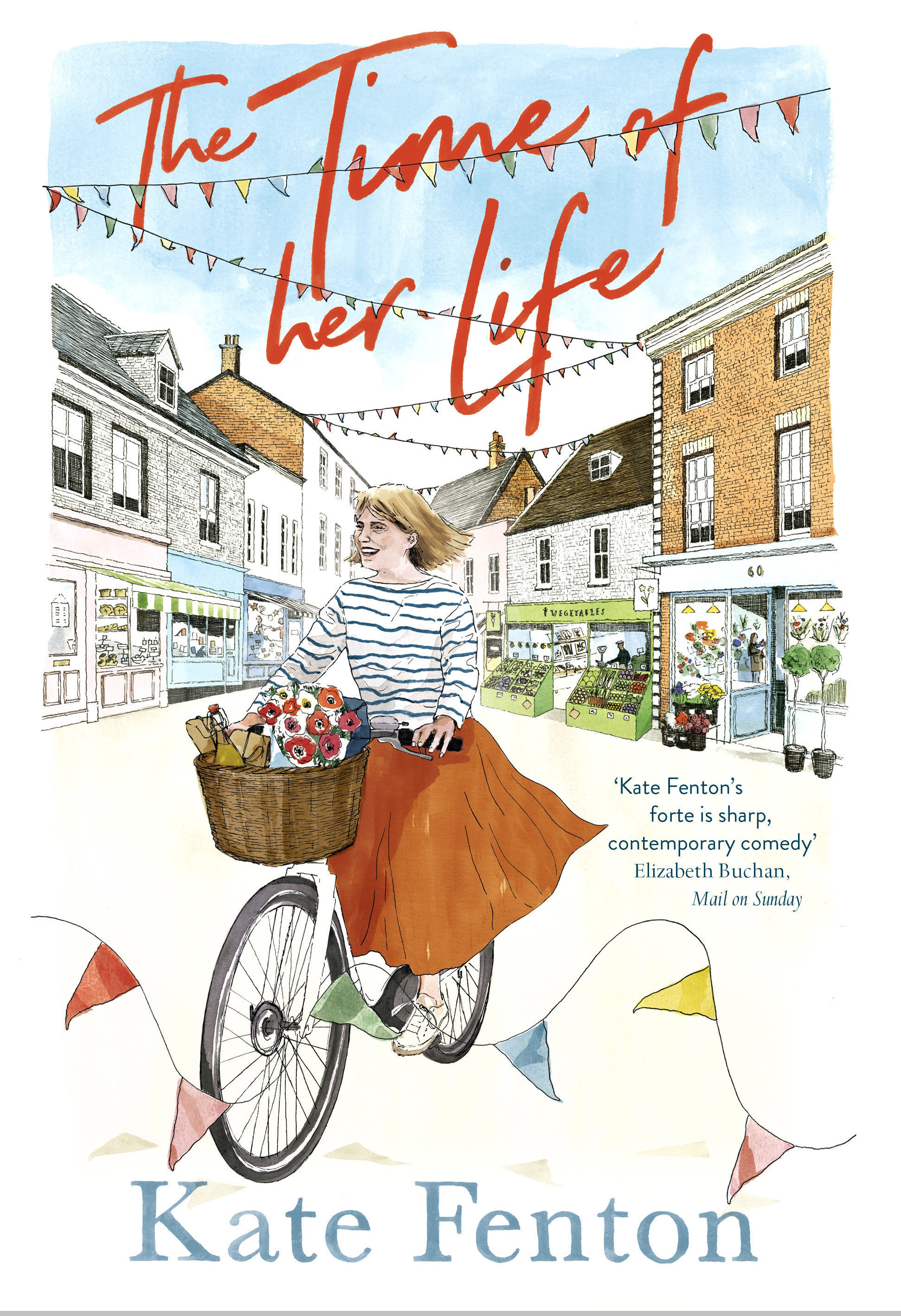 8. The Time Of Her Life by Kate Fenton
For the mum who just wants some amusing escapism, Fenton's latest sparkling rom-com features a sassy older heroine who marshals her friends and neighbours into relationships before it's too late, but has yet to embark on some romance of her own. While she usually takes the Yorkshire common-sense approach, she soon finds that the later love strikes, the harder it hits. 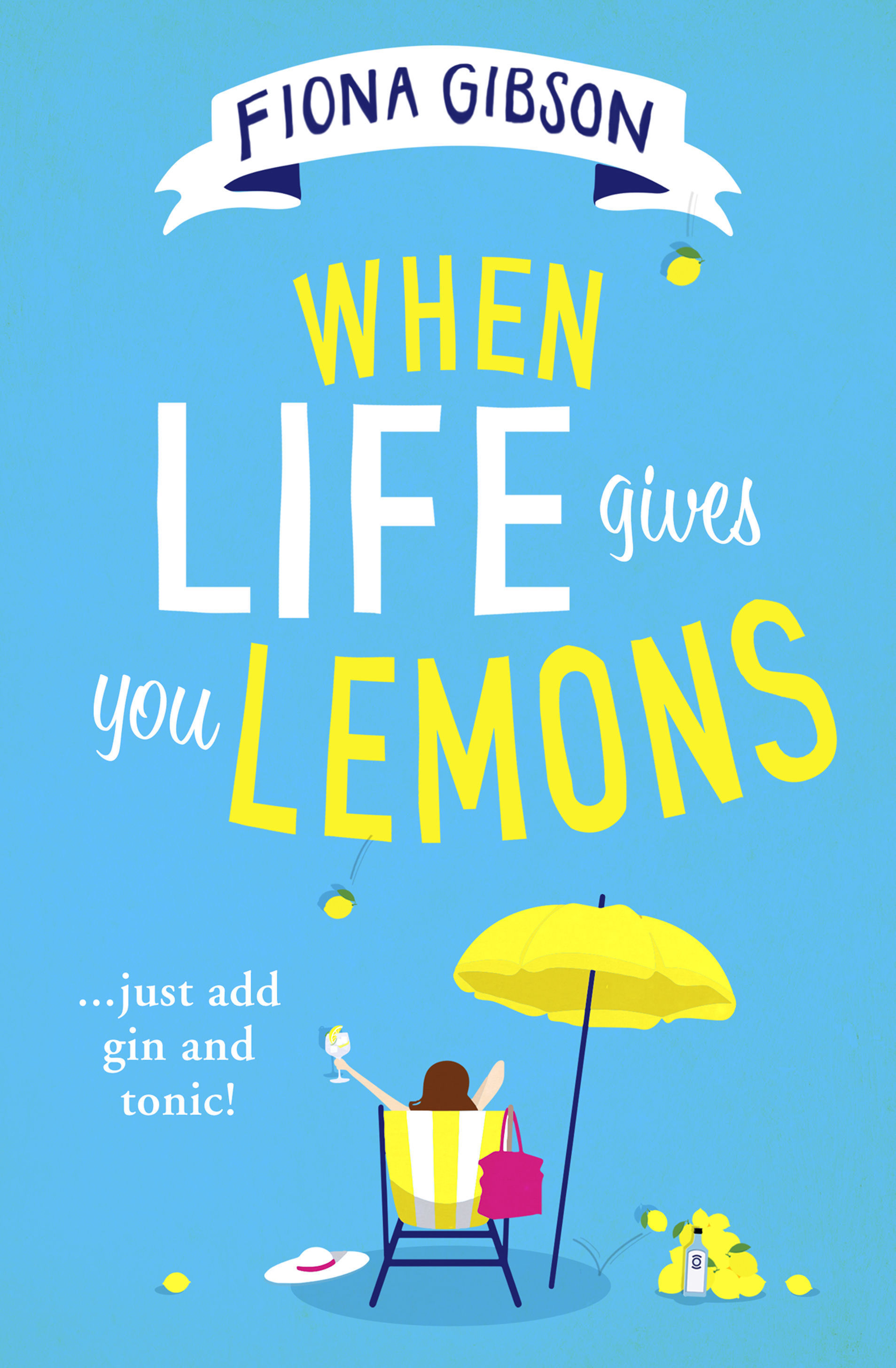 9. When Life Gives You Lemons by Fiona Gibson
Heart-warming Sunday Times bestselling author Gibson is back, with a sharp, witty tale about a woman who spends most of her time tending to the whims of her seven-year-old and the demands of her boss, and just accepts that's the life she's chosen.

But when she discovers her husband is having an affair, she suddenly finds herself single and not ready to mingle - but could this be the perfect opportunity to finally put herself first? 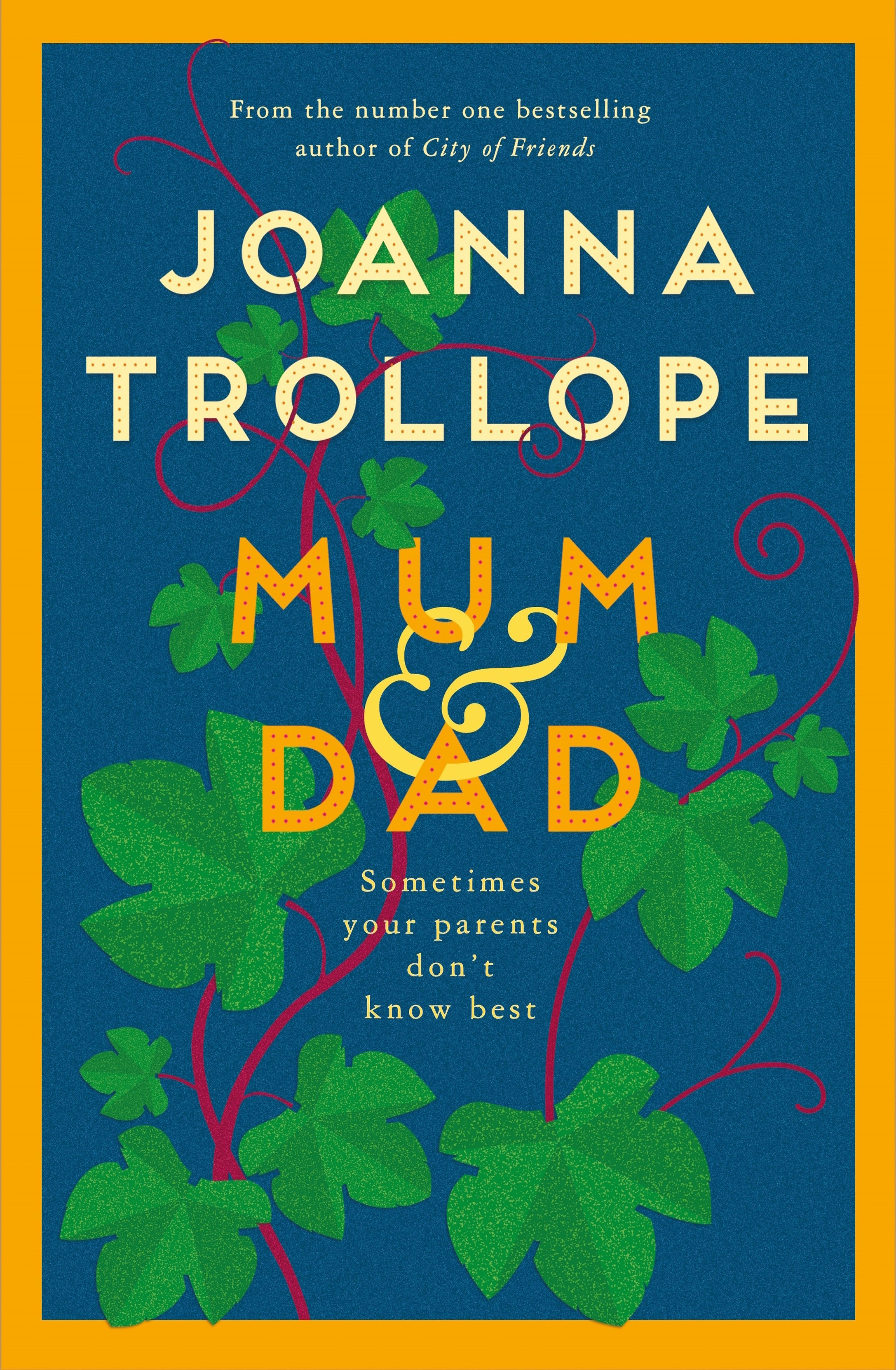 10. Mum & Dad by Joanna Trollope
The 'sandwich generation' forms the subject of this contemporary novel from bestselling author Trollope, and will provide food for thought for all busy mums who find themselves stuck in the middle.

It sees the grown-up children of an ageing couple living in Gibraltar come together on the sun-kissed island to deal with the fallout when their father has a stroke. Their gathering opens up old sibling grudges, the difficulties of parenthood and other social dilemmas - gripping stuff she'll will want to read in one sitting.