A tour of the Mario Finlayson National Art Gallery

One such place is the Mario Finlayson National Art Gallery, Davina Barbara from Cultural Services took reporter Eyleen Gomez around to show the wonderful range of painting on display.

Gibraltar lost one of its most loved and respected painters the doyen of the Rock’s art world Mario Finlayson earlier this year, as a result his works mean more to locals than ever before. 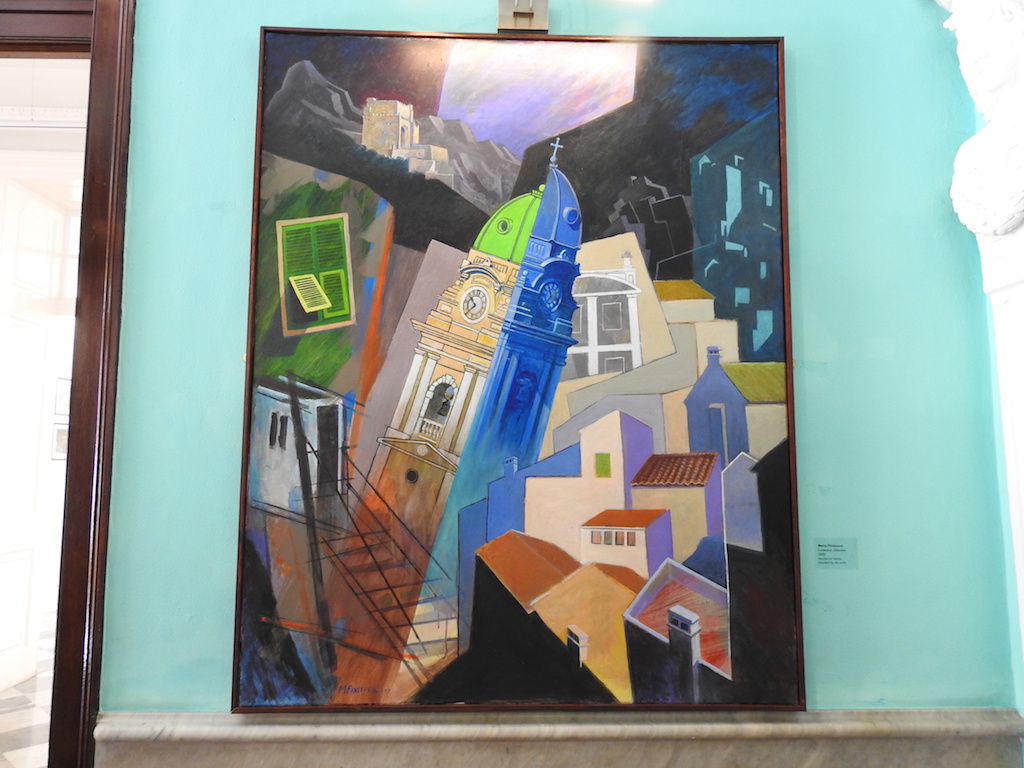 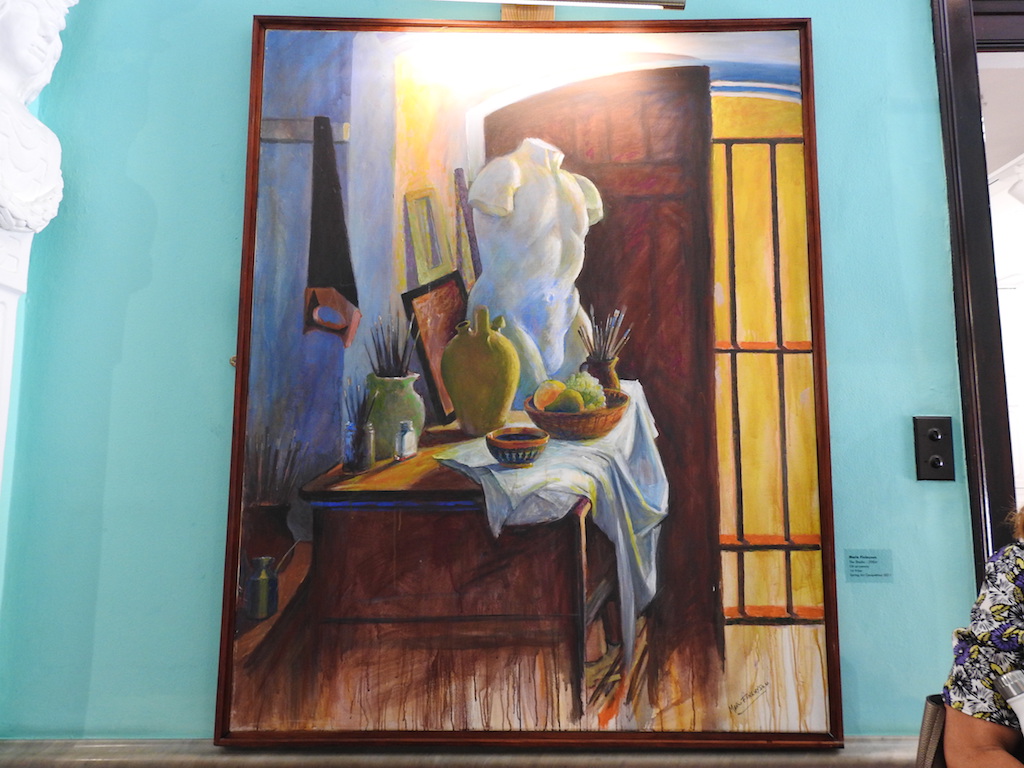 The gallery is called after Mario Finlayson who campaigned for many years for the Rock to have such a space.

“It is our National Gallery so its main aim is to bring together the works of our artists and perhaps look back into history, paying tribute to our artistic heritage,” said Mrs Barbara.

“It pays tribute to artists of bygone years who were really active over 100 years back and maybe set the scene for the hub that exists nowadays, that energy and enthusiasm that exists in the arts.”

As you enter the gallery a small display of his well-known roof top pieces hang in the hallway.

“It’s in the centre of town and it provides that haven, a quiet, cool place amidst all the hustle and bustle. A place where you can come in and enjoy what our artists have to offer,” said Mrs Barbara.

Also hanging in the gallery are works by Gustavo Bacarisus, Leni Mifsud – the only female painter displayed, Rudesindo Mannia and Jacobo Azagury.

Taking an immediate right as you move into the gallery you enter the room that displays the works of Gustavo Bacarisas. A Gibraltarian who was born in 1872 and died in 1971 at the age of 98. He was not just a painter he also sculptured with one of his brass busts on display. This is the only sculpture of his the gallery owns. 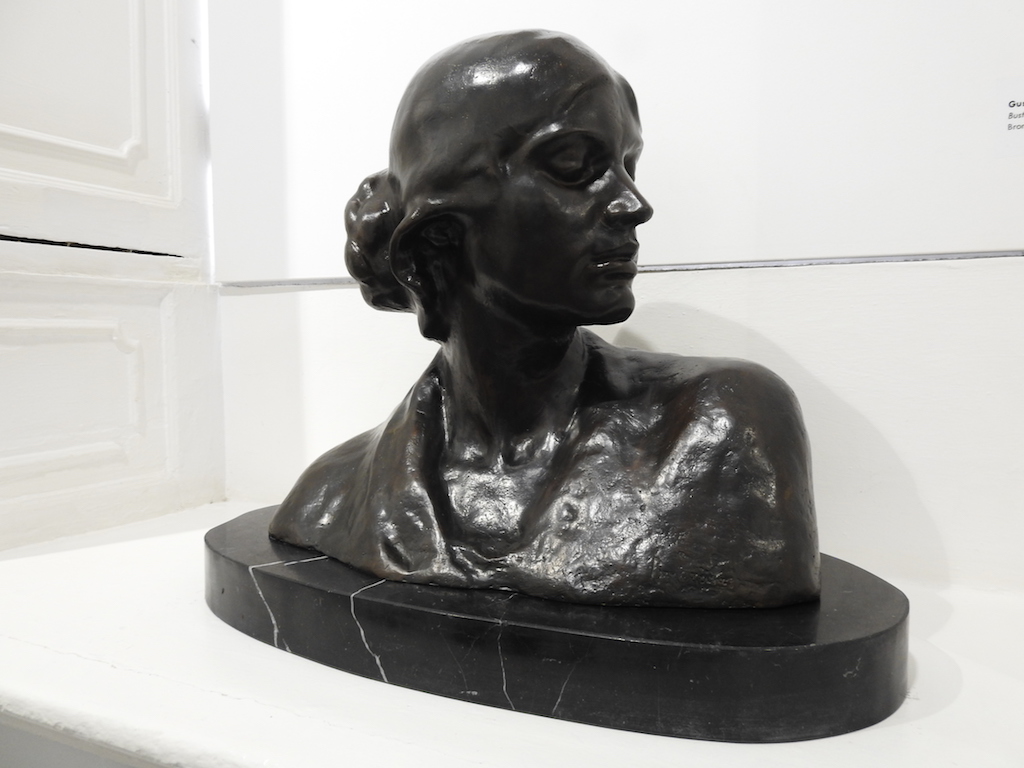 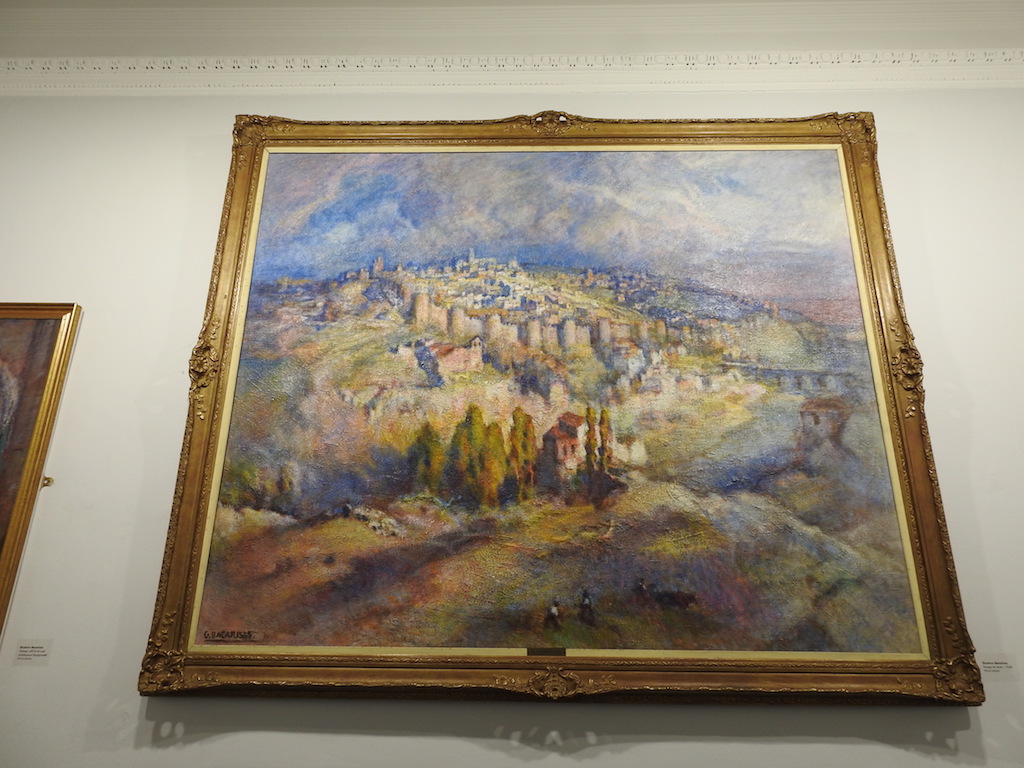 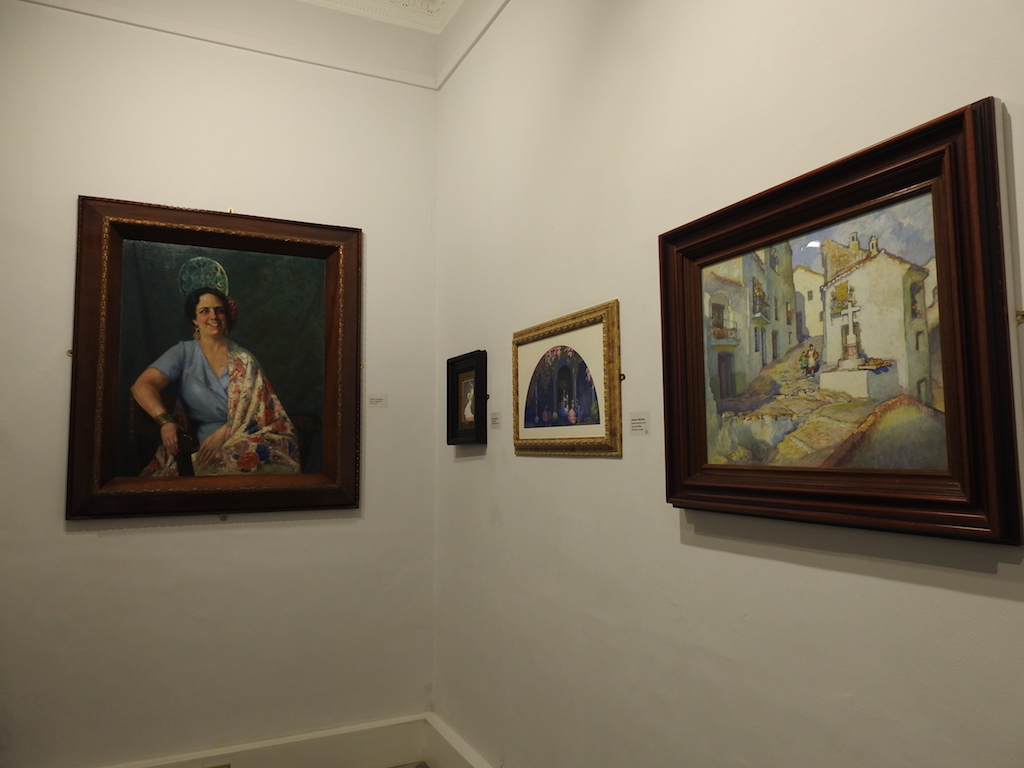 “What you find is that a lot of the artists here actually went to academies in Madrid, Rome and Paris. So they were trained to a certain standard and they had those skills,” said Ms Barbara.

“The Paisaje de Avila which is one of our centre pieces. Was something that remained in Madrid and the artist revisited after a period of 15 to 20 years. To the trained eye it probably shows his evolution and development over the years.”

Not only is Mr Bacarisas known for his art work he is also known for a shade of blue he created.

“It is referred to as the Bacarisas blue and artists nowadays say they have no yet mastered the colour. Perhaps it is something he came across by accident, but it is a trade mark of his,” she said.

On the opposite side of the gallery and towards the rear of the building is the works of Ms Mifsud. 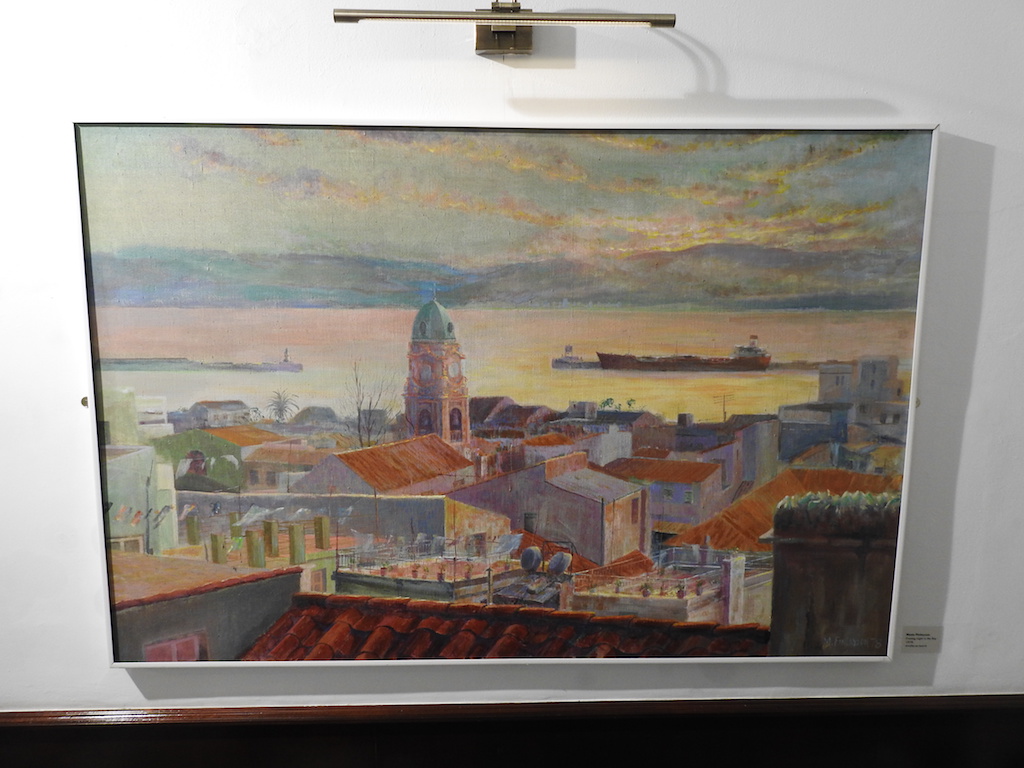 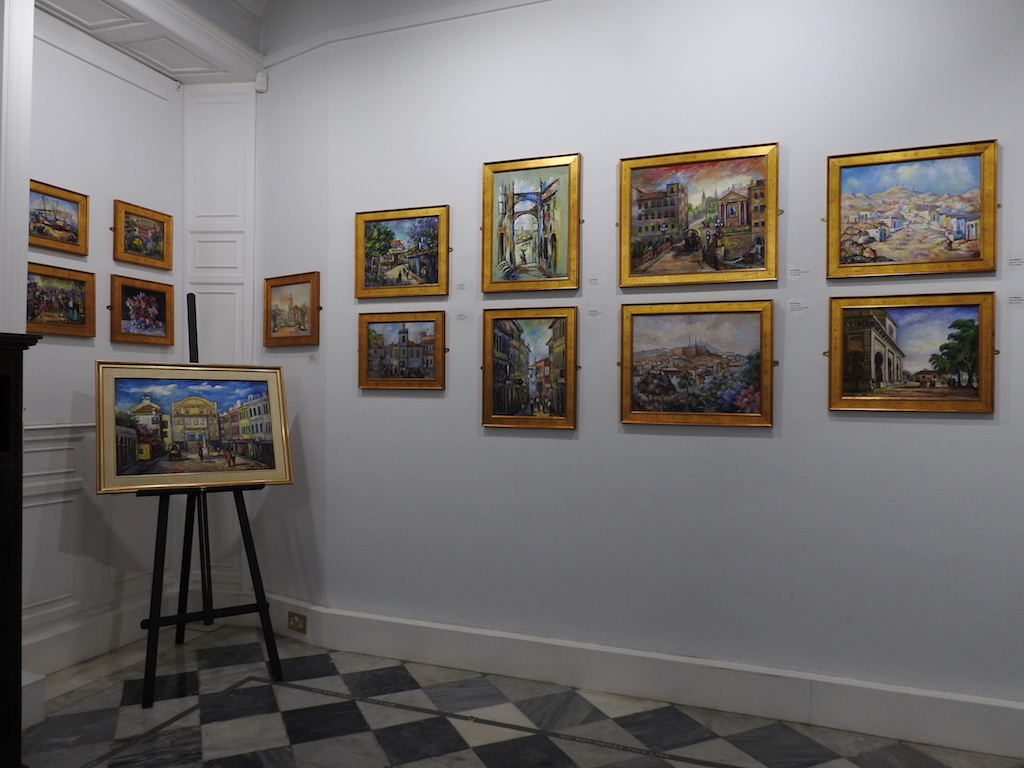 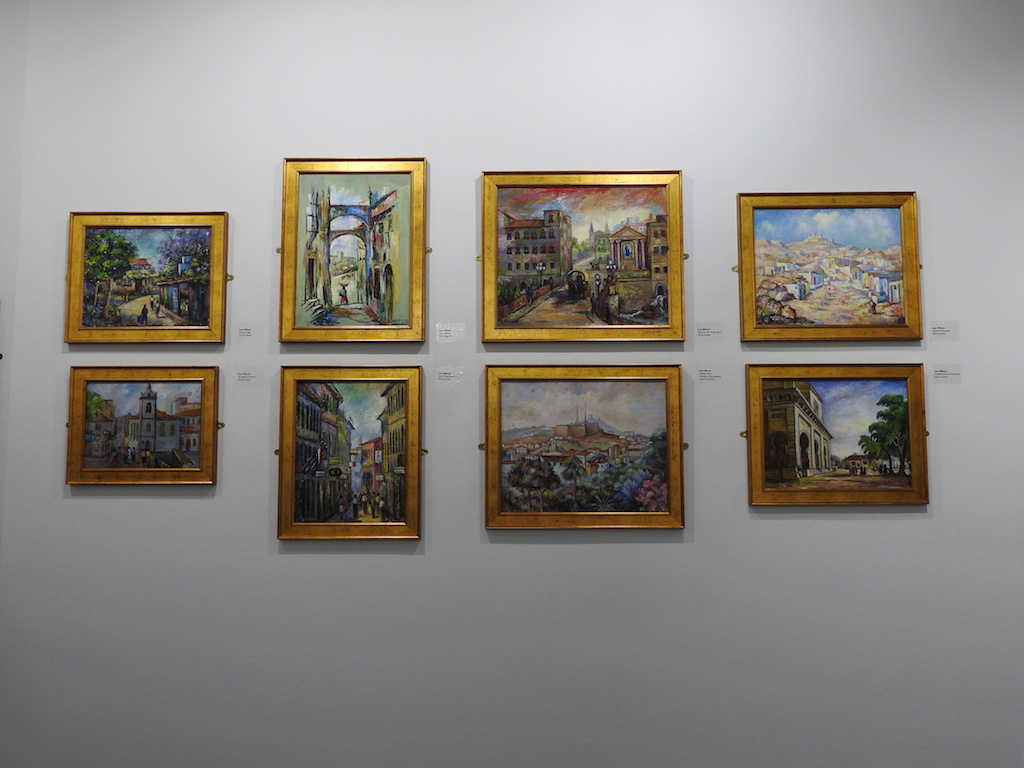 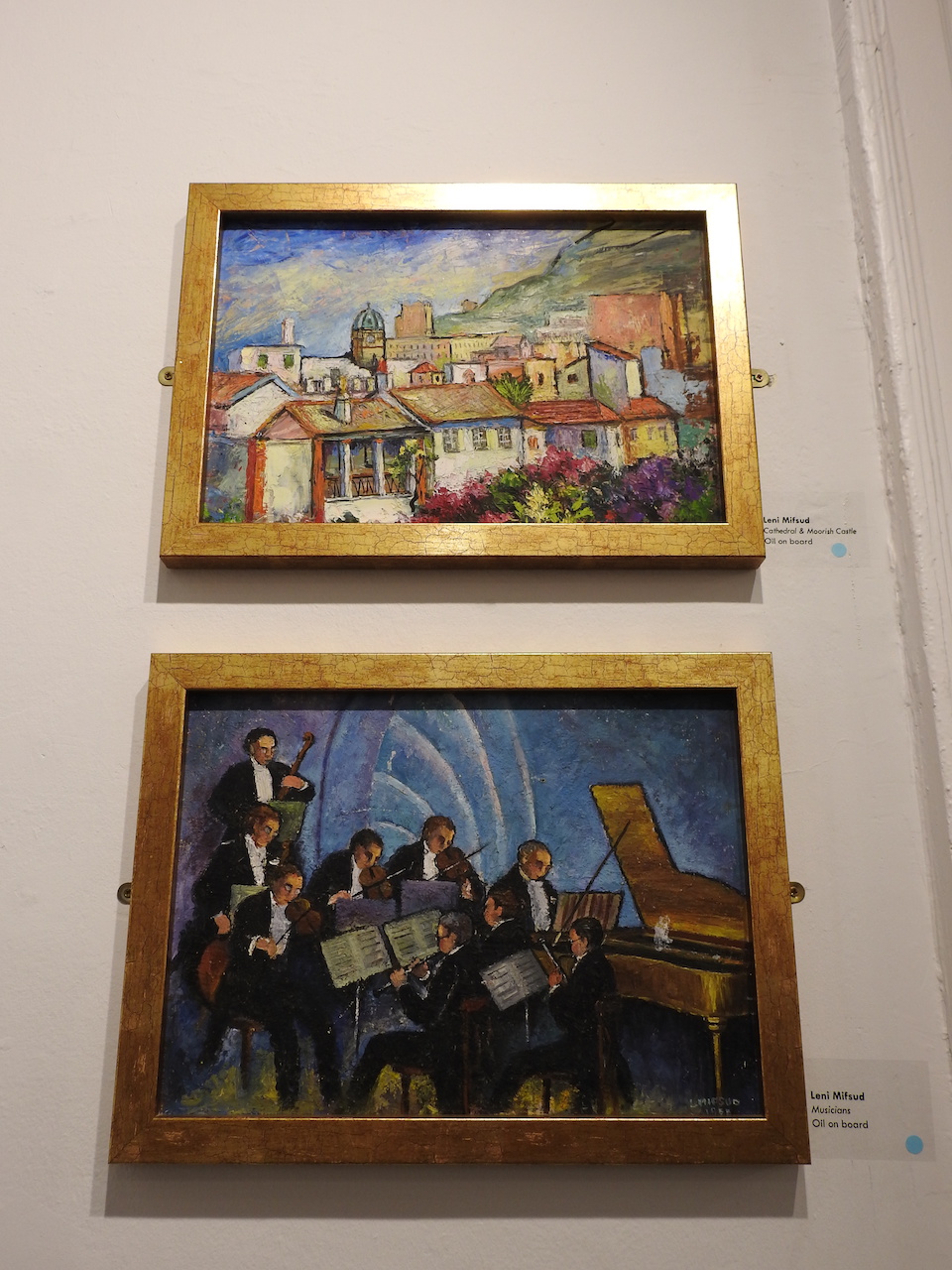 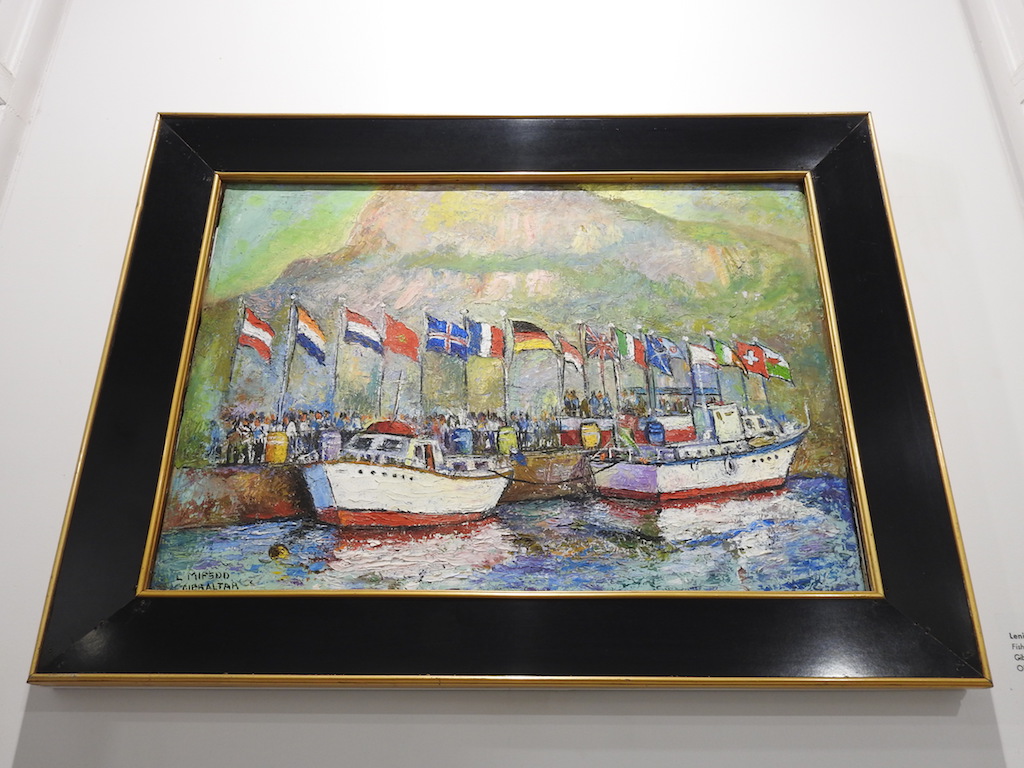 The Gibraltarian painter was born in 1906 and died in 1989. She not only painted but also carved wood and printed on wood blocks and leather.

To earn money for her and her sister whom lived with her produced postcards of Gibraltar to sell. One day a fight with her sister resulted in her painting with oil without mixing it with turpentine.

The effect of the paint was something she liked and she carried on with this method for the remainder of her career. She completed the restoration work of the Royal Arms over Gibraltar’s supreme court.

She was also known as a teacher and taught many of today’s active artists.

“I think that is the beauty of some of the artists here, they have always wanted to give back and share their experiences and talent,” said Mrs Barbara.

The gallery has hundreds of Ms Mifsud’s work.

“Her works are always very much appreciated. It is the colour, the movement, the energy,” she said.

There are some of her wood work creations on display within the gallery too.

“What I love about this gallery is that it tells a tale of Gibraltar’s changing landscape in a way that the artists would not have known at the time,” she said.

“For example if you look at painting of the Theatre Royal, scenes from the Alameda Gardens, Catalan Bay.”

“I think it is really interesting now when we get young people to come in and I try to get them to appreciate how much has changed and nowadays things are a bit more built up.”

She also noted a painting of Main St when it was not pedestrianised. 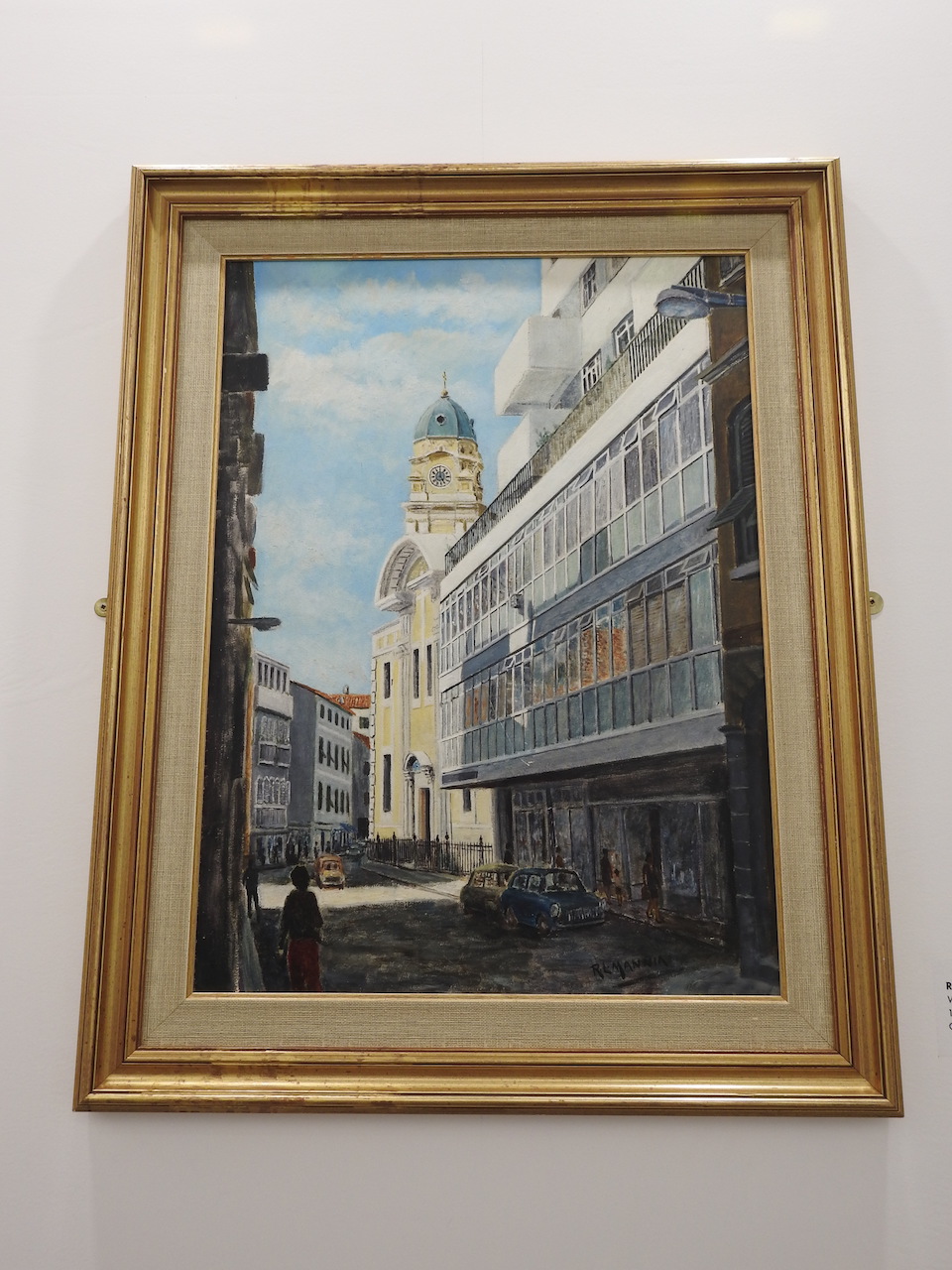 The next artist on display is Rudesindo Mannia, who was born in 1896 and died at the age of 83.

“His paintings have a photographic quality, the attention to detail is amazing,” said Mrs Barbara.

His painting of the cable car won the top prize in the International Art Exhibition in 1966.

Mrs Barbara compared his painting of Caleta to the one painted by fellow artist Jacobo Azagury.

“This is an expressionist artist [referring to Mr Azagury] it is raw, the colours he has used. It is sombre almost,’ she said.

“In contrast with that one [painting by Mr Mannia]. I love how it has been cleverly curated, in a way that you can see them both at the same time. It is subtle but you can go from one image to another and you can appreciate it.”

“He was an expressionist artist and he was very much concerned about the social and working classes. Anatomy and the body was something that really impressed him,” she said.

Referring his painting of The Field you can see the man in the portrait has enlarged hands, this was not because he was unable to paint hands but it was to show the fact this was a working class can who toiled all day with his hands.

Also on display is a portrait he painting of his mother who was very proud of her son’s achievements and talent.

The paintings that are currently on show will change later this year, with some of the hundreds in the gallery’s vault being put on display.

“For us it is an opportunity to showcase new art work, especially for those that come often and to show what the artists were able to create,” said Mrs Barbara.

“By bringing out others from the collection people can see and perhaps appreciate a different style or different scenes.” 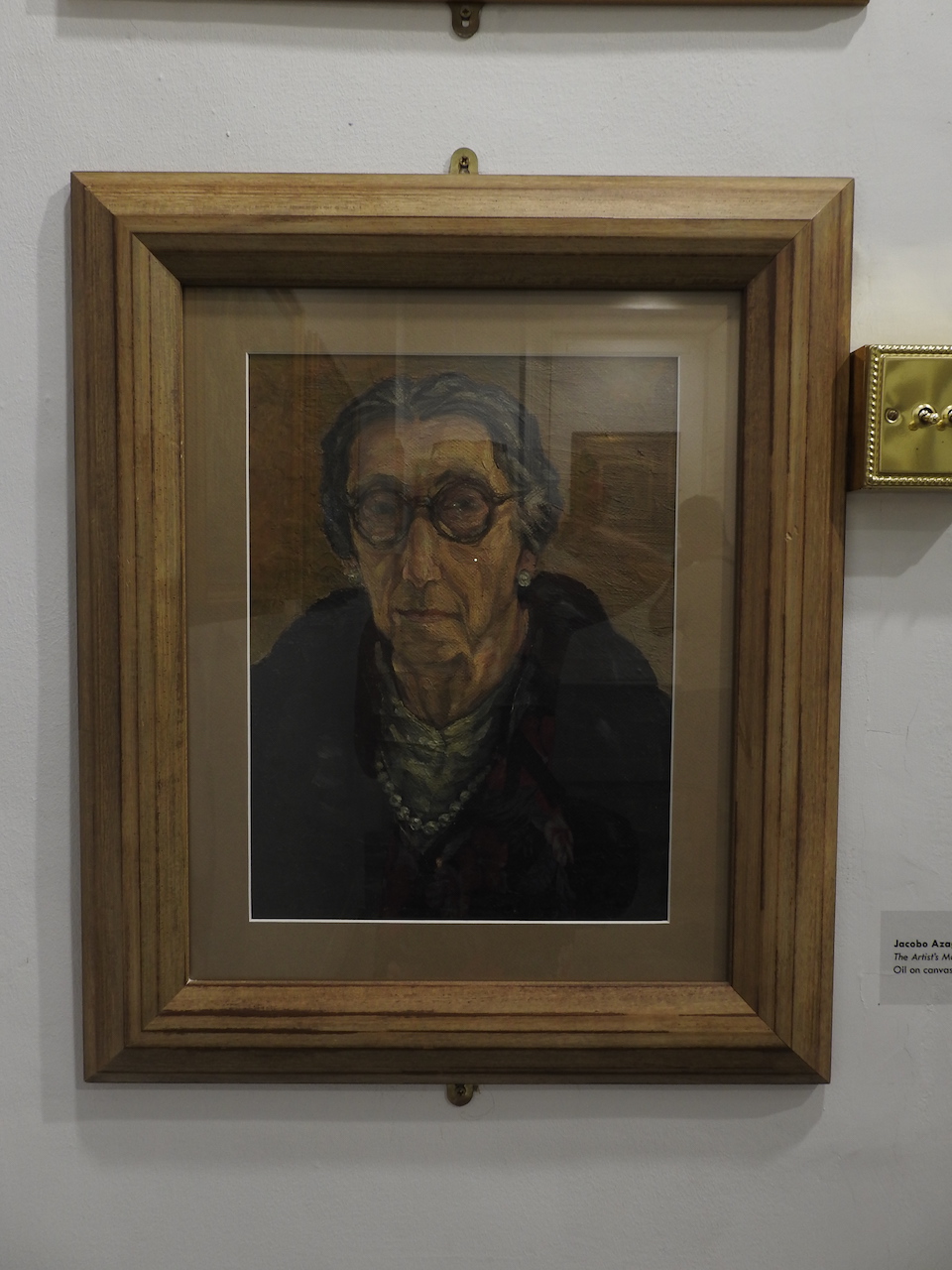 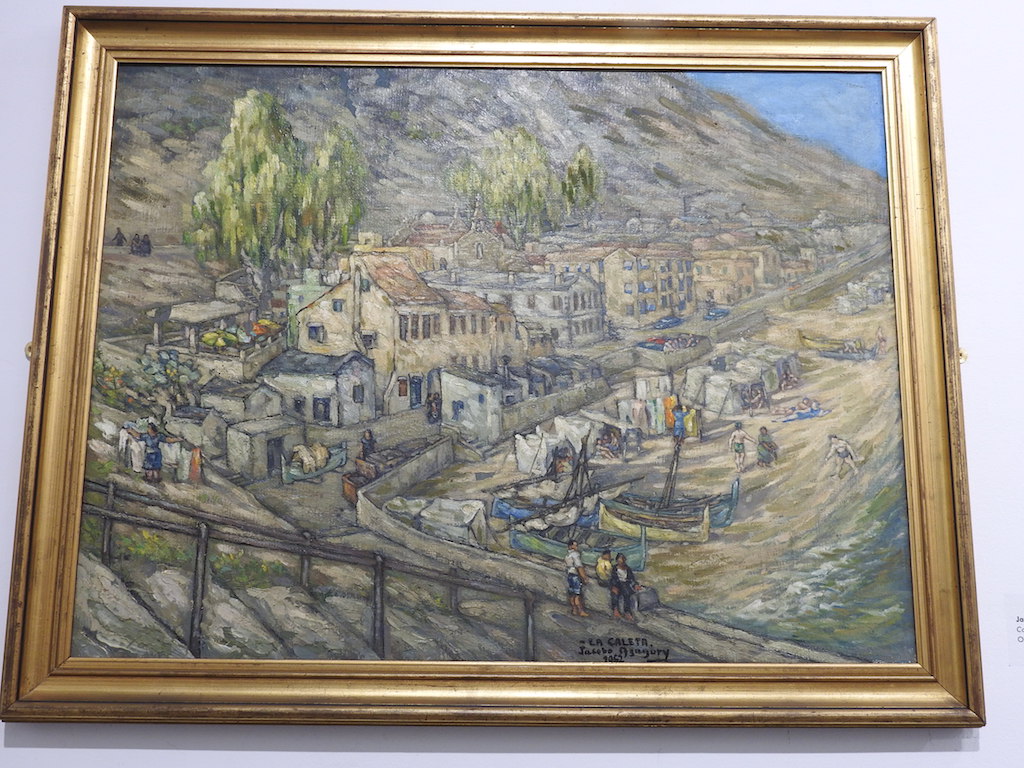 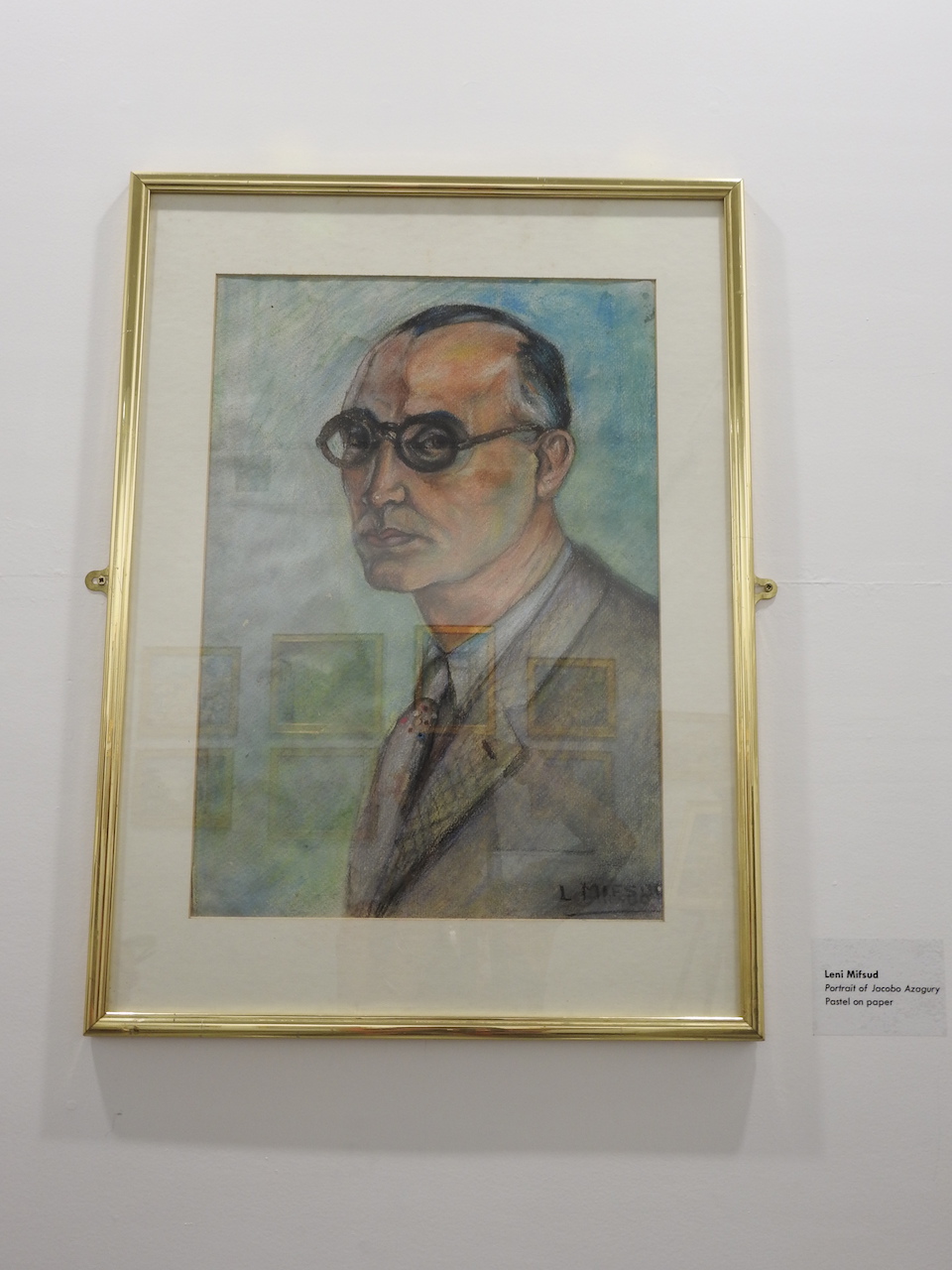 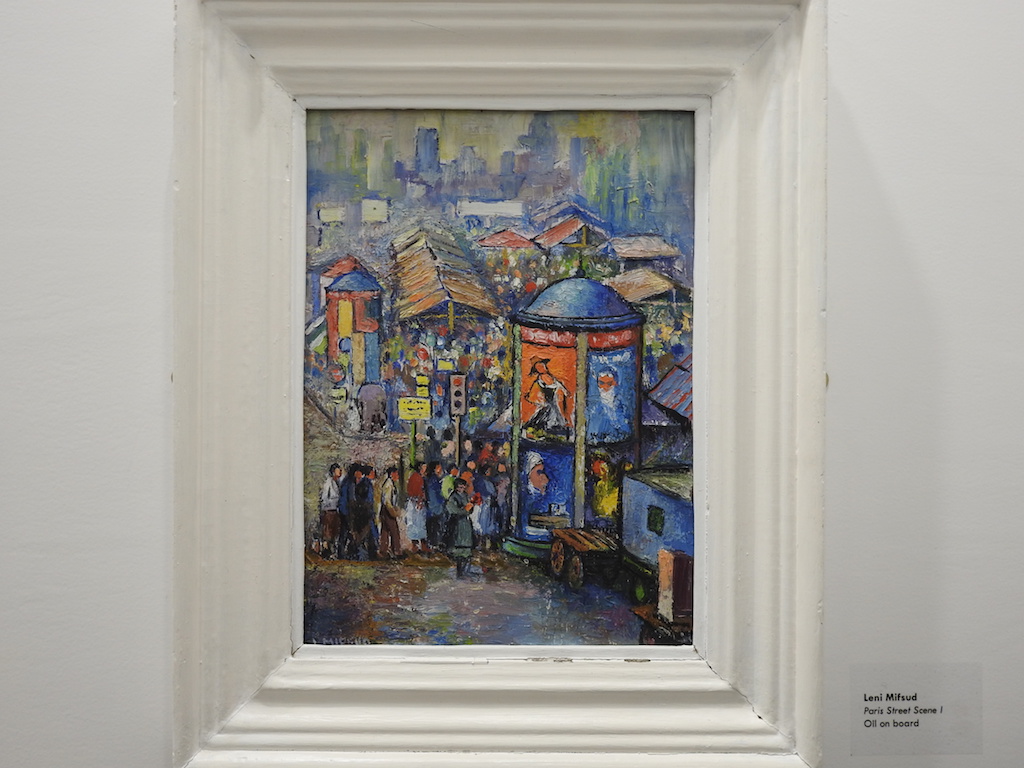 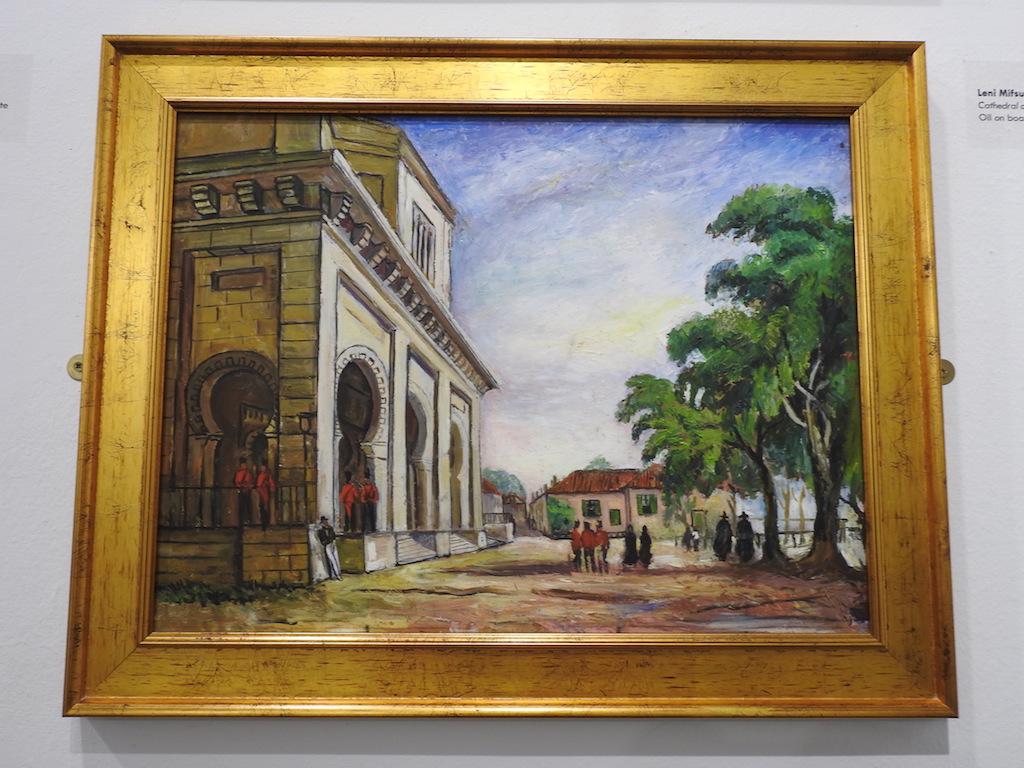