Action 4 Schools a local charity set up to help schoolchildren and their families in Sierra Leone by building water wells has taken its passion further and is building a school.

Charity founder Jimmy Bruzon told to the Chronicle Action 4 Schools has diversified its goal after there was an increase of a need for schools in a small village.

“We started refurbishing schools in a place called Regent Village, which is quite an incredible place because it actually has the first Christian Missionary schools in Western Africa,” he said.

“That is where I went in 2006 and that is where the whole project started. We started to help out in that particular village and we expanded to different villages when need have come but what we have always done is refurbish existing schools.”

“We are not big enough and we don’t have people there or the network to be able to create a new school from scratch.”

“Because, that entails paying teachers, having teachers etc and we just don’t have the scope for that.”

“But we started to help the primary schools in this village called Regent Village, which is an area close to Freetown and which has been growing quiet steadily over the last few years. The increase in population has meant that there is an increase need for schools.”

The charity had already been helping the primary schools which were very basic in structure, some did not have a roof or classrooms.

Action 4 Schools turned this into something more usable by creating a structure, building a school with windows and lightening so they could be used in the evenings.

The charity then provided the school with water tanks, connected them to the local water supplier and built latrines.

Following the success of this the Regent Village committee approached the charity and together they realised that the area needed a larger junior secondary school [a middle school].

“This junior secondary school was not big enough because of the expanding population, so we also built an extension for them,” said Mr Bruzon.

“Now over the last year they have come to us and said ‘ok this is fantastic what you are doing Gibraltar, you are amazing and you have brought a lot of change to our community but we still need a little bit more’, this is why we now have this new project a senior secondary school project.”

“This is completely new to us because we are in uncharted grounds. Basically, what has been happening is that the children go to primary school then they go to junior secondary school but then they drop out of secondary education.”

“Hundreds of children have been dropping out of this education because they just don’t have a senior secondary school close enough or one that they can afford to go in terms of time or in terms of cost,” he added.

The nearest senior secondary school to Regent Village is 10km away and the journey would have to be taken over bad roads and would be dangerous for young children to have to travel to school alone so far away. The average income for the community is £1 a day and this also impedes the children’s ability to continue their education. 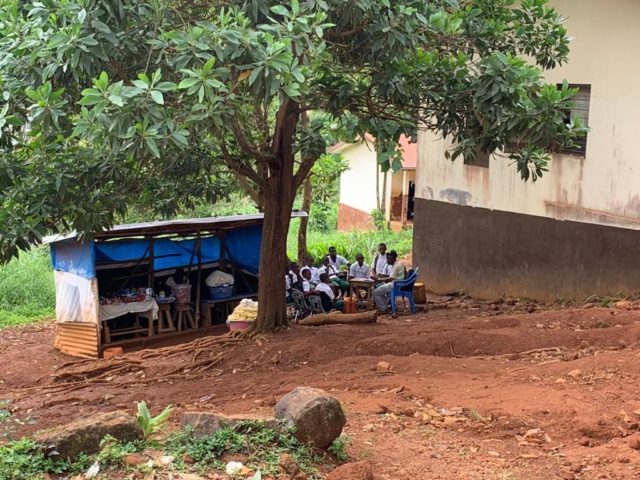 ‘If you start adding up the difficulties the net effect is that the children don’t go to senior secondary school.”

“This is why we want to come in and give these children a chance. A fighting chance of bettering themselves.”

The charity is painfully aware it cannot help all the children as there are hundreds that need support but acknowledge that it is a start.

The new school is a first for Action 4 Schools because they are building it from scratch not just refurbishing an existing school that also had existing teachers.

“We aren’t just digging the physical foundations but the basics like teachers,” said Mr Bruzon.

This is the first time Action 4 Schools is working so closely with a local authority in Sierra Leone and the government’s ministry of education.

“We are very confident that this will work out and it will give a breath of fresh air to the whole community because knowing now that these children who would otherwise drop out of education and continue the poverty cycle will now be reduced,” said Mr Bruzon. 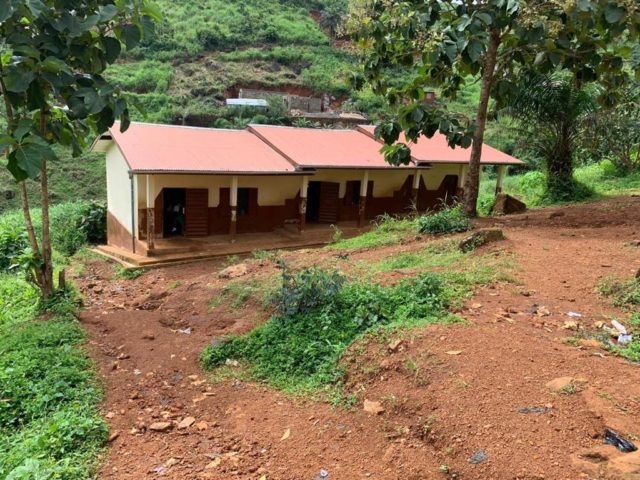 Work on the schools starts this month and the project aims to be finished in June.

The school will be the flagship school of the community. The primary school the charity built in 2017 had six classrooms, which is big when compared to other schools in Sierra Leone.

This new school will have six classrooms which are bigger, it will have a staff meeting room, an office, head teachers office, store room for materials and latrines.

The school will utilise the water tank that was created for the junior secondary school.

New pipe work and hand washing facilities will also be added. The importance of the ability for children and staff to be able to wash their hands is timely as the world battles with the coronavirus Covid-19 pandemic.

With that in mind Action 4 Schools are appealing for extra funds to help the children that are who do not have access to the 62 wells or the water tanks the charity has already built.