Are you deficient in vital vitamin D this winter?

If you live in a country where the winters are cold, it can be five or six months without feeling the warmth of sun rays on your skin.

Scientists used to believe we could get enough vitamin D during summer to last us throughout winter, explains Professor Susan Lanham-New, head of nutritional sciences at the University of Surrey, "that's been proved wrong."

She says: "There are so many people - we're talking millions - who are vitamin D deficient, and really have no idea."

The British Nutrition Foundation estimate that one in five of us are deficient in vitamin D - its main role being to regulate the amount of calcium and phosphate in the body. As a result, Public Health England guidelines say everyone aged five and above should be getting 10 micrograms of vitamin D daily.

"In the summer it's not a problem, because you can get some vitamin D from just being outside - face, backs of hands, neck, even if it's not a sunny day, because UV rays would still get to your skin, so you'd start to make some vitamin D," says Lanham-New, a member of The Scientific Advisory Committee on Nutrition (SACN) and the vitamin D working group.

Can we get it from food?
In the winter months, food is often the only natural source. However, Lanham-New says it's "really hard" to get enough from diet alone, as nature's sources are pretty limited.

"You're not going to get more than three or four micrograms, unless you really love your fish and eggs," she explains.

"A lot of breakfast cereals are fortified, but you'd have to eat quite a lot of them! The only plant source is mushrooms, either safe wild mushrooms or mushrooms that have had UV radiation."

She advises putting button mushrooms on a windowsill on a sunny day.

Dietitian Dr Carrie Ruxton at the Health and Food Supplements Information Service (HSIS), adds: "Rich natural sources are limited to oily fish (around nine micrograms per 100 grams, except for herring which contains 16 micrograms), eggs (two micrograms per medium egg) and liver (0.5 to 1 microgram per 100 grams)."

So even if you eat a healthy diet, you could still be deficient.

"The bottom line is that people are nowhere near that 10 micrograms during the winter," says Lanham-New. Which is why it's advised we take a supplement from October to March.
She goes on to explain that the reason scientists have misunderstood the vitamin in the past is that it's not actually a 'vital amine' (a vitamin) in the true sense of the word.

"It is not an 'amine' group, but it is vital. Its correct definition is a 'prohormone', so I think we made a big mistake, because everyone thinks of it as a vitamin, but it's not.

"It's the only nutrient in the broad spectrum of macro and micronutrients where your main source of the nutrient is not diet, it's UVB exposure, and that's very unusual." 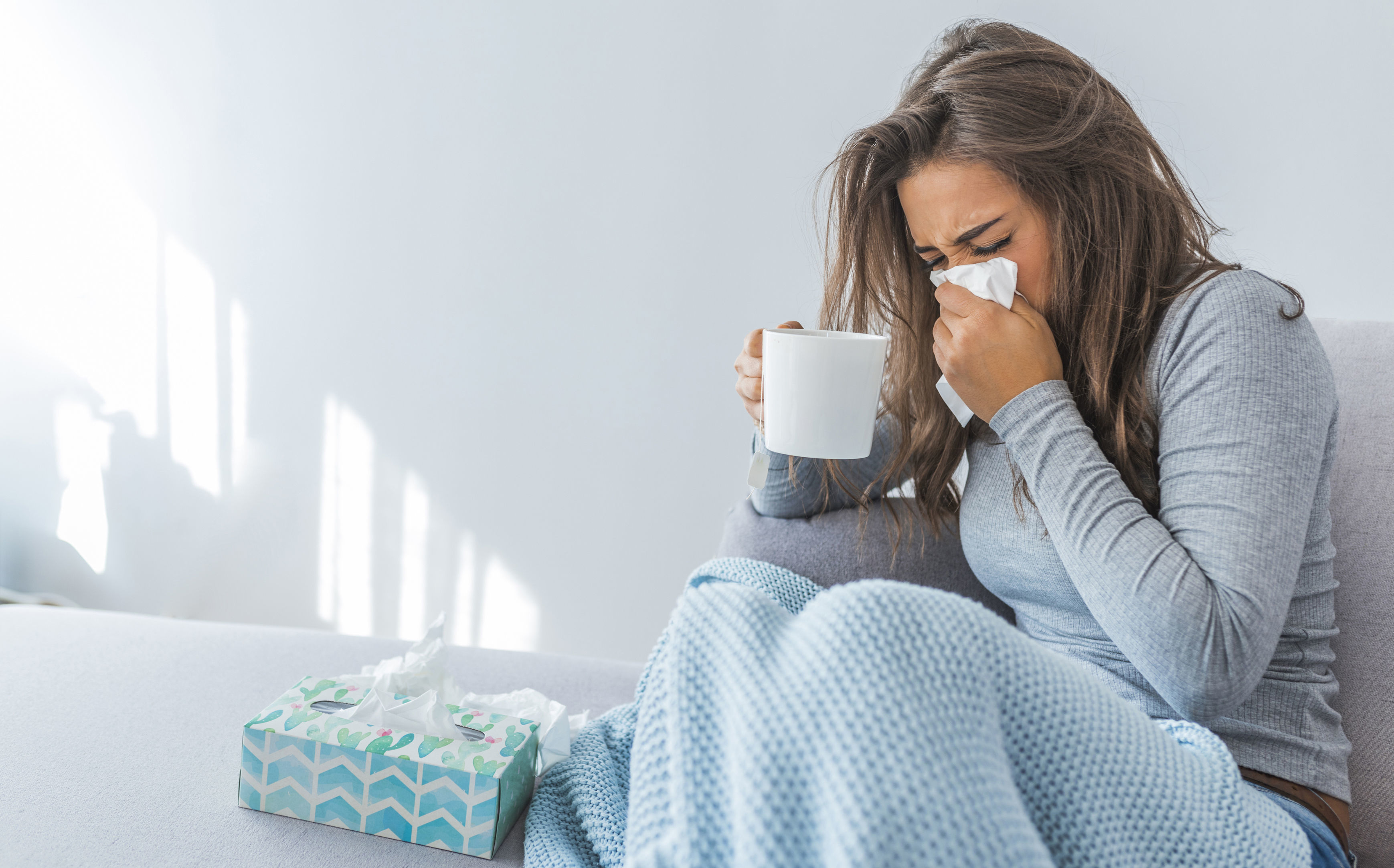 Are there any symptoms of a deficiency?
If millions of us are unknowingly deficient in vitamin D, does that mean it's symptomless? "No, not at all," says Lanham-New.

"When people feel really tired, have muscle ache or lethargy, these are symptoms people just associate with winter. It's dark, it's cold and wet, and while that might be a contributor, those are absolutely symptoms of what we would call mild osteomalacia," which can cause bone softening over time.

"It's the adult form of rickets; it presents itself as aches or feeling really tired."

Secondly, vitamin D is important to the immune system, which can often be more run down in winter. "We always associate winter and the common cold with [needing] vitamin C, but actually, it can have as much to do with vitamin D," she says. "So if you're deficient, your immune system is going to be much more susceptible to colds."

What other risks are there?
"There's data starting to come out also for diabetes risk. So what we call pancreatic beta cells, what we use to produce insulin, they need vitamin D to be at optimal working. So, of course, if you don't have enough vitamin D, that's going to be an issue," says Lanham-New.

In addition, it's particularly vital that pregnant women take the recommended 10 microgram supplement. Ruxton says: "There is emerging evidence that a low vitamin D status in the womb predisposes a child to an increased risk of type 1 diabetes."

After birth, formula milk is fortified with vitamin D, but it can become an issue when children no longer take formula milk, as cows' milk isn't usually fortified in the UK. Meanwhile, around a quarter of 11 to 18-year-olds are vitamin D insufficient, says Ruxton.