By Julia Hunt
Letters that Bing Crosby sent to the families of Second World War soldiers have been released for the first time after being discovered in his attic.

Photographs of the late US music star entertaining troops have also come to light.

The pictures and notes have been shared by HLC Properties Ltd - Crosby's estate - after being found by vice president Robert S Bader. 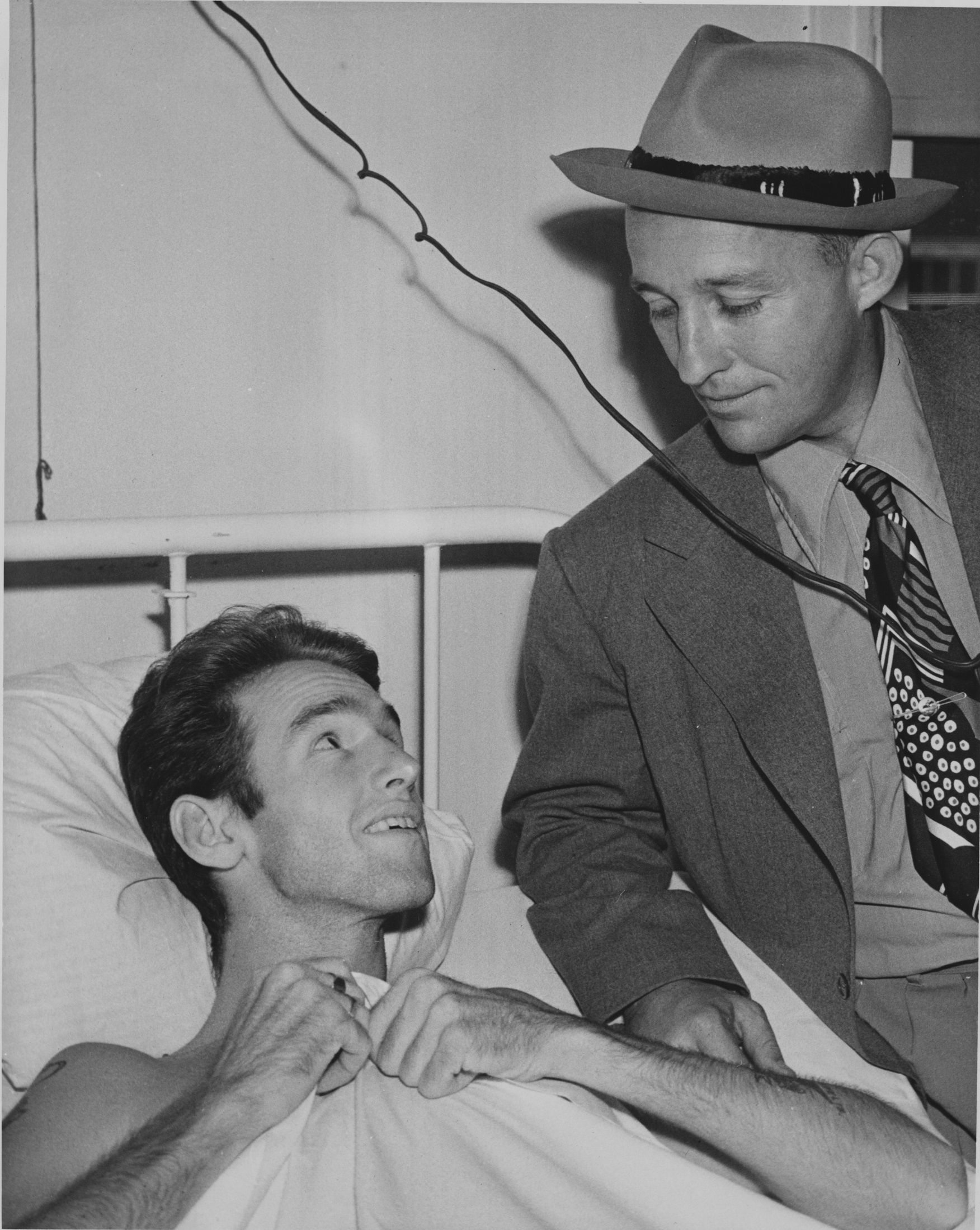 In one letter typed on paper headed "Bing Crosby, Hollywood" and dated April 10 1945, the star wrote: "It was a pleasure working for the boys in France and Belgium, in fact, one of the richest experiences of my life."

Some of the letters Crosby penned were to let people know he had met their loved ones.

There are also notes from the soldiers' relatives, thanking the singer for bringing joy and hope to their sons, husbands and brothers.

In one dated March 5 1944, a woman named Beth Du Bois wrote: "It gives me a strangely comforting feeling to know that someone whose voice I can hear has so recently talked with my son whom I have not seen for almost two years. It brings them nearer somehow." 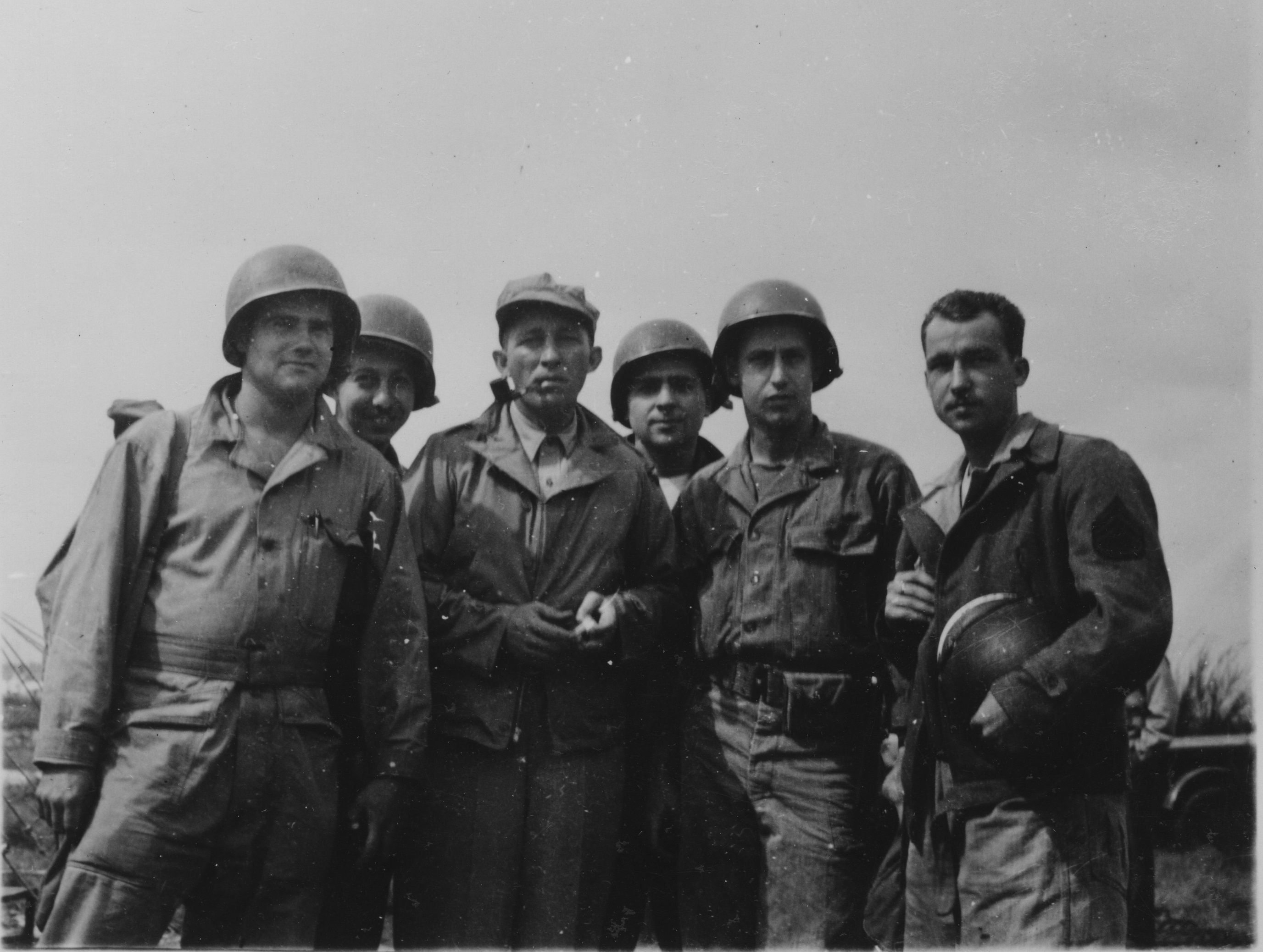 The images show Crosby performing at the front lines, singing to crowds of soldiers in England, France and Belgium, singing on outdoor makeshift stages and in hospitals, perched on the edge of wounded soldiers' beds.

Bader said: "I've come to know and understand Bing a bit through archiving his correspondence, but I was simply overwhelmed when I found a box hidden in the attic of his home in Hillsborough, California.

"He kept these deeply personal letters in a safe place apart from everything else.

"The letters from the soldiers' family members are often heartbreaking. These people felt such a deep connection to this man they only knew as a famous entertainer.
"And he lived up to their faith in him with equally heartfelt letters back to them."

"He didn't want any accolades for this," Bader added. 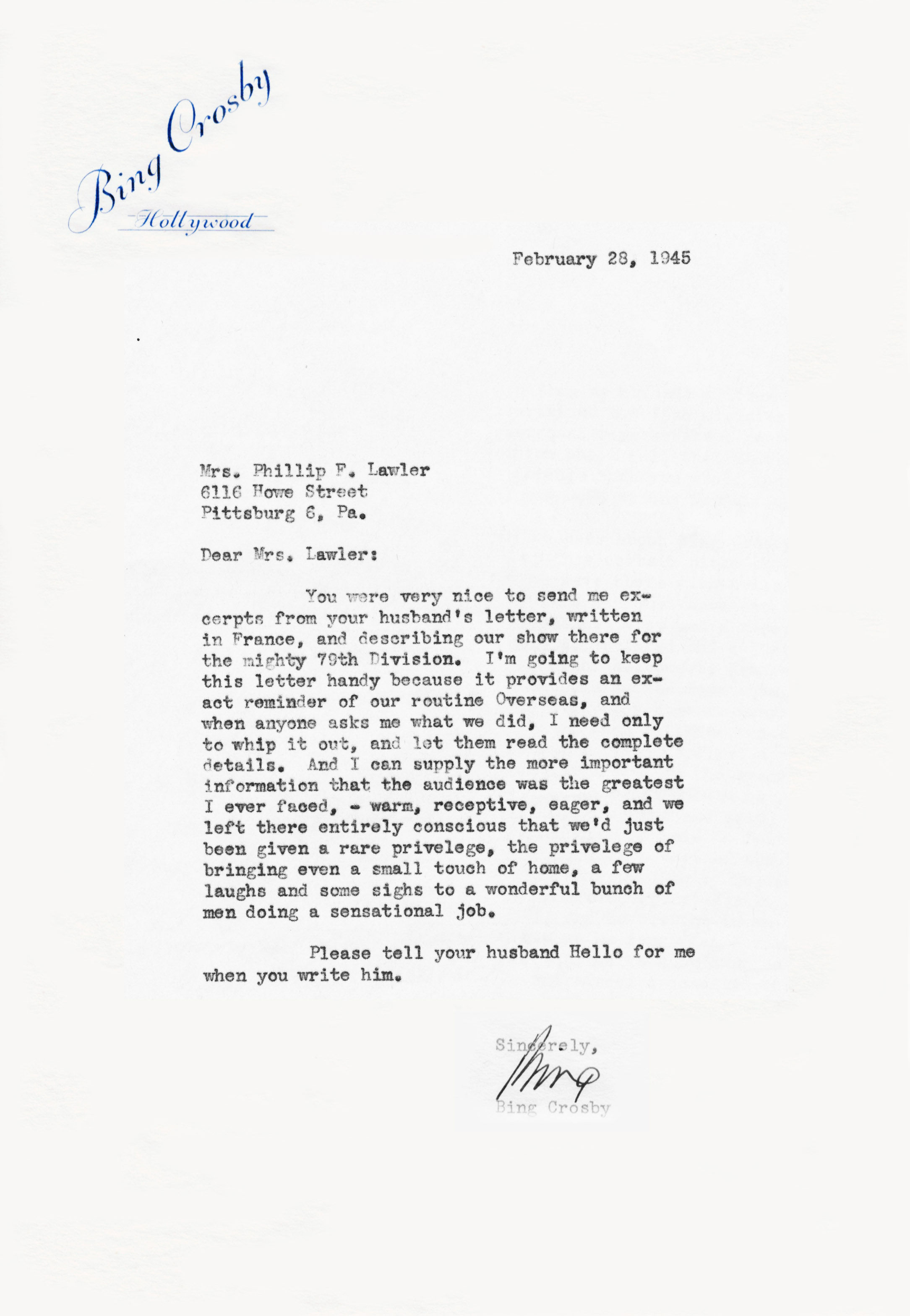 "He truly appreciated the sacrifices of these soldiers and their loved ones and was actually grateful for the opportunity to use his celebrity status to offer some small comfort to them."

The late singer's family and record label Decca are unveiling a new album of his music.
(PA)