Brexit and Covid-19 threaten ‘a perfect storm’ that will impact for years, Garcia says

The Deputy Chief Minister Dr Joseph Garcia has said that the combination of leaving the European Union and the Covid-19 pandemic have the potential makings of “a perfect storm”, the consequences of which will be felt for years to come.

Dr Garcia was taking part in a virtual panel discussion entitled “Brexit in times of Covid-19” that took place on Sunday during the virtual conference of the UK Liberal Democrats.

“Europe is in unchartered territory, in the sense that we face a pandemic with a threat to life and Brexit at the same time,” Dr Garcia said. 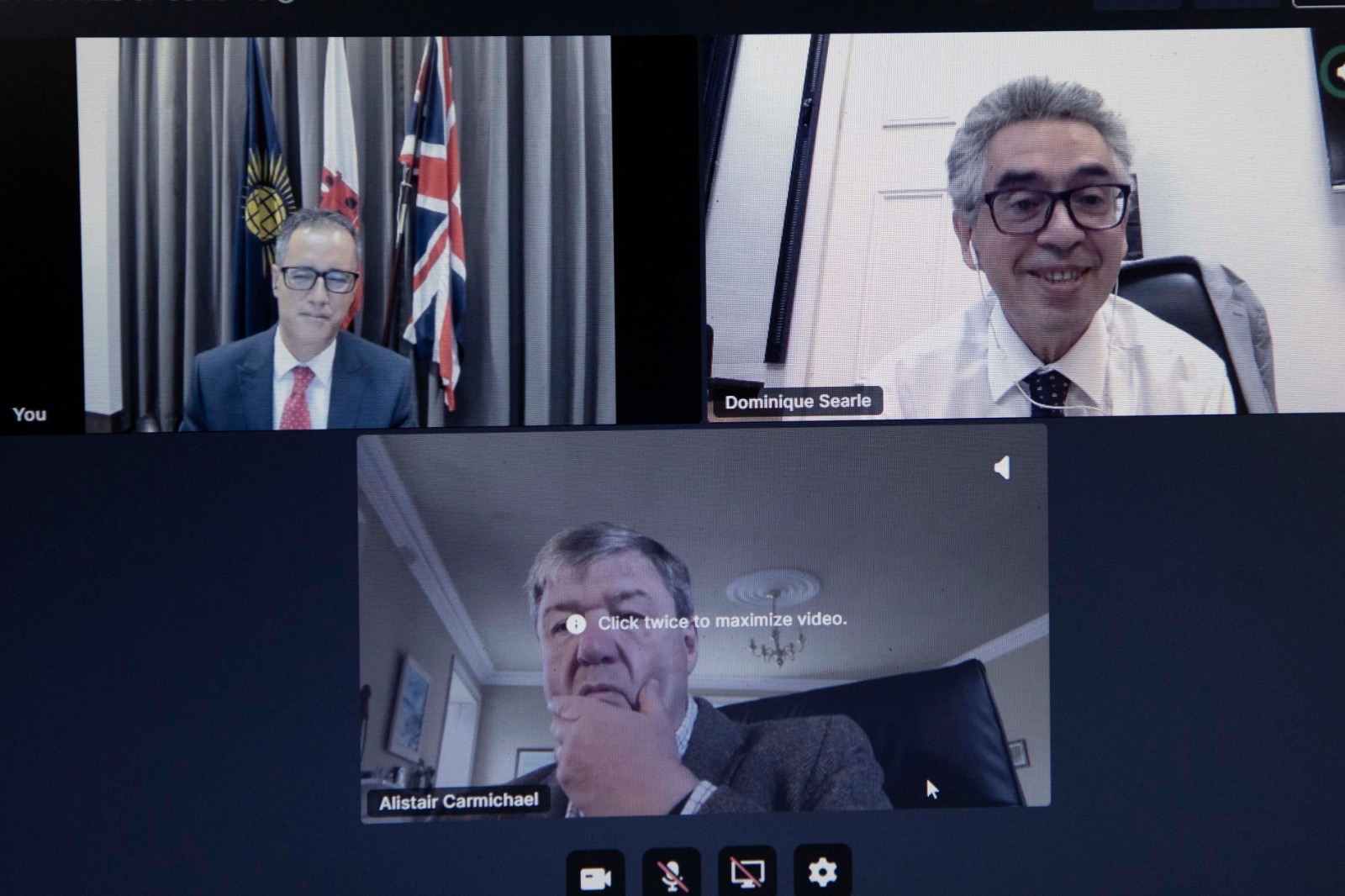 "This is a time of uncertainty. However, we can be certain of one thing - that the economic, social and political effects of the situation we find ourselves in will be felt for a long time to come.”

Dr Garcia shared the panel with Alistair Carmichael MP, who is MP for Orkney and Shetland and Lib Dem Shadow Home Affairs spokesman, having previously been responsible for Foreign Affairs.

This provided a perspective on these issues from Gibraltar and from Scotland.

The discussion, which was sold out, was chaired by the Director of Gibraltar House in London Dominique Searle.

Dr Garcia explained the challenges posed to a small administration in having to deal both with the pandemic and our EU departure at the same time.

He made the point that this was not easy given that the same people were often intensely involved in both areas of Government activity.

He also outlined the way in which the pandemic had evolved in Gibraltar since the first positive case was confirmed on March 3.

The Deputy Chief Minister said that he was convinced the decision to advise the elderly to self-isolate early on had saved lives.

He went through the different measures taken to protect the elderly and explained that these had been praised by international experts, including the “Golden Hour” in particular.

The number of hospital beds, swabs, ventilators and PPE held had all increased following the worldwide challenge of supply meeting demand.

He told the panel that over 45,000 tests had been carried out in a population of 32,000 and that this placed Gibraltar third in the world for the number of tests per capita.

He went on to highlight the serious economic impact of the pandemic and pointed to the provision of £150 million in the budget extension on Friday.

During the session, the Deputy Chief Minister reflected on the irony that the discussion included elected representatives from Gibraltar and Scotland, two countries that had voted for the UK to remain in the EU.

He then explained that the stockpiling of medical supplies in the face of a no deal Brexit had actually proved to be very useful when dealing with the pandemic.

He gave a general outline of the ongoing negotiations for a future relationship between Gibraltar and the European Union and explained the importance of border fluidity going forward.

Gibraltar had always enjoyed a differentiated relationship with the EU to the UK, he pointed out, given the Rock’s geographical position and distinct interests.

He also went over the plans for no agreement, in the event that it was not possible to conclude a deal.