Cruising around Greece and Montenegro

Exploring the eye-wateringly beautiful island of Mykonos on a motorcycle wasn’t what we were expecting to do on a cruise.

But that was the unexpected highlight after we booked a seven-night stay on the Royal Caribbean’s Brilliance of the Seas.

We boarded the ship in the Italian port of Ravenna at the beginning of June after flying from Malaga to Bologna with Ryanair.

My girlfriend hadn’t been on a cruise before, so I was curious to see if a holiday to Kotor, Corfu, Athens, Mykonos and Kefalonia would float her boat, so to speak. 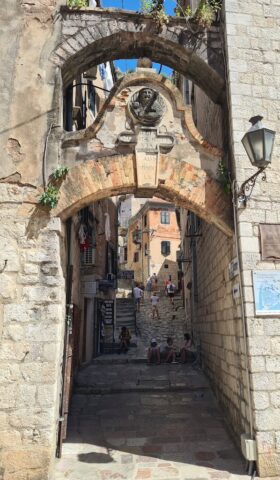 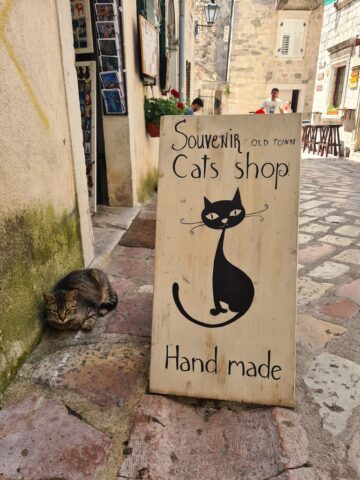 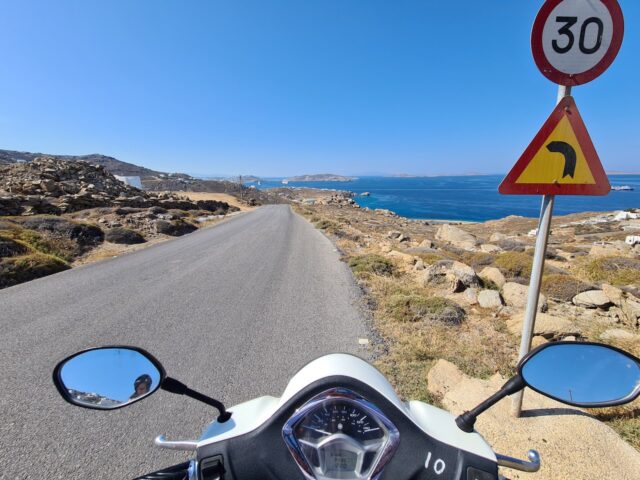 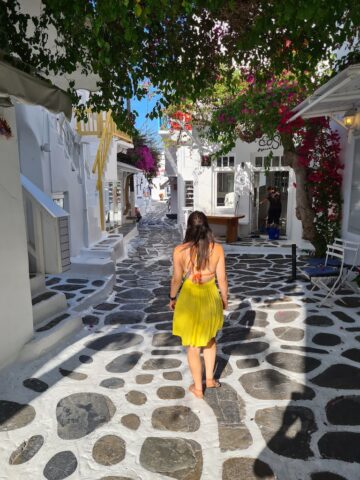 Our first morning on board saw us sipping tea on our balcony whilst the ship silently glided into the Bay of Kotor, which we both agreed with synchronized head nods was an impressive start to the holiday.

It’s a small destination, so we caught a tender to the fortified old town, which was originally founded by the Romans. We wandered around the narrow streets and got lost, before finding a bar to enjoy a cool beer and escape the 32c heat.

We saw a lot of well-looked after cats lazing around town, as the locals regard them as lucky. And with a few ridiculous cat themed gifts, we jumped back on board.

We grabbed a hop-on hop-off tourist bus (one of those ones you see all around European cities) when we arrived in the port (19 euros each). From here, we visited Corfu’s Old Fortress, which is touted as one of the most impressive fortifications in Europe. Costing six euros to get in, you’ll need at least an hour and a half to have a good nosy around and walk to the top to soak up the view of the old town, which is a UNESCO World Heritage Site.

This was the stop I was most looking forward to, as I wanted to visit the world famous Acropolis, a rocky outcrop above the city centre and another UNESCO World Heritage Site. We caught another tourist bus (20 euros each) which dropped us off at the site and after being relieved of another 20 euros each, we were allowed to wander around the ancient buildings opposite the Parthenon. It was busy and hot — and from here you get to appreciate how enormous the city is. After far too many photos, there was just time for one more stop in the city centre flea market, before heading back to the boat. An interesting city, but it was too much to see in just a few hours.

Hands down this was our favourite stop. Its iconic windmills, gorgeous old town and white-washed houses were stunning. We hired a 125cc motorcycle for a bargain 25 euros and spent a few hours exploring the island, before returning to a seafront picture-postcard spot called Little Venice, where you can have lunch with the sea lapping at your feet. We took an obscene amount of photos and even bumped into another Gibraltarian on the island!

Feeling brave after hiring a motorbike the day before, we hired another one (35 euros for a 200cc for the day)! We spent six hours exploring the far corners of the island — dodging goats on remote mountain roads and traipsing around Drogarati Cave (a smaller version of St Michael’s Cave in Gibraltar). Our highlight? Puttering down to Myrtos Beach, which is said to be one of the most dramatic beaches in Greece and also features in the film Captain Corelli’s Mandolin! We then headed back to the capital Argostoli, where we ate lunch and fed large sea turtles our bread when the waiters weren’t looking. 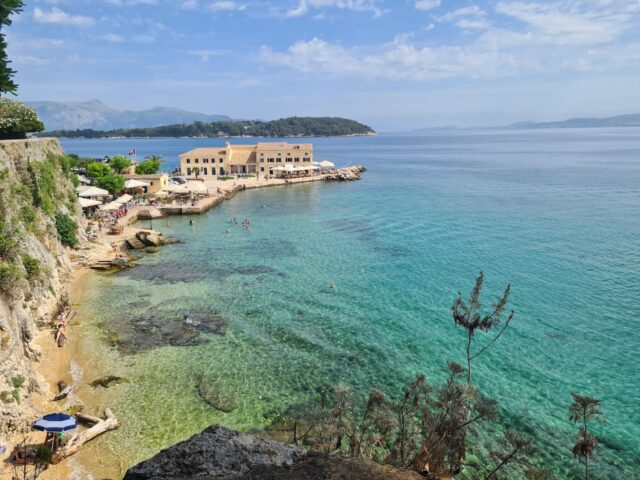 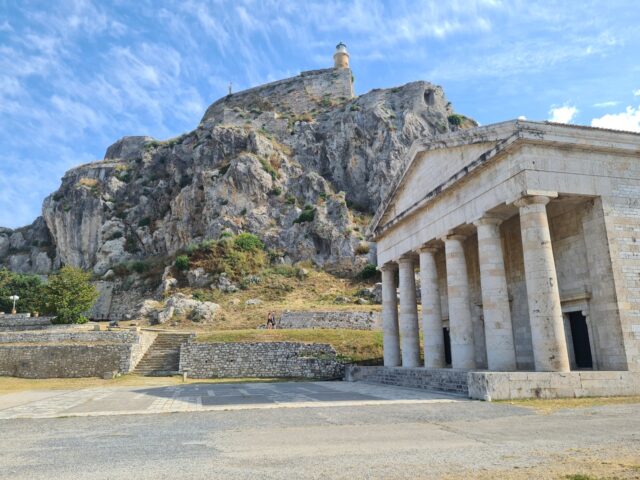 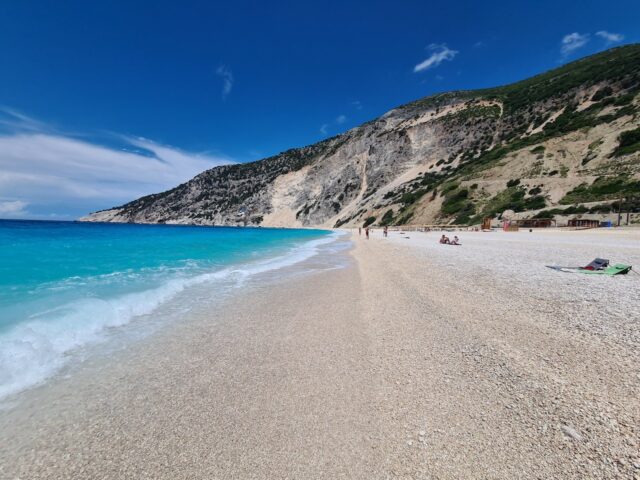 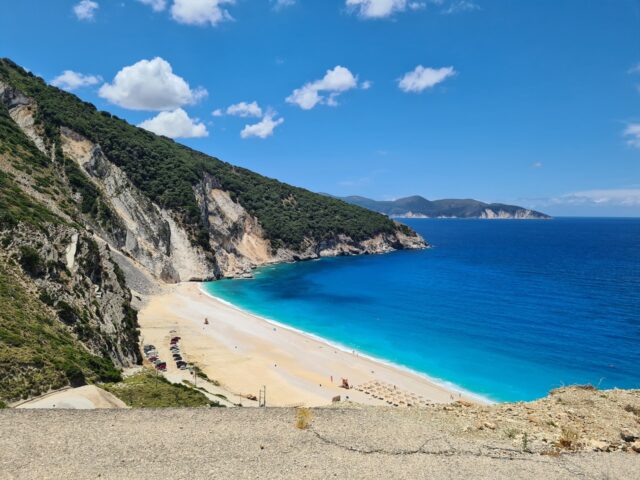 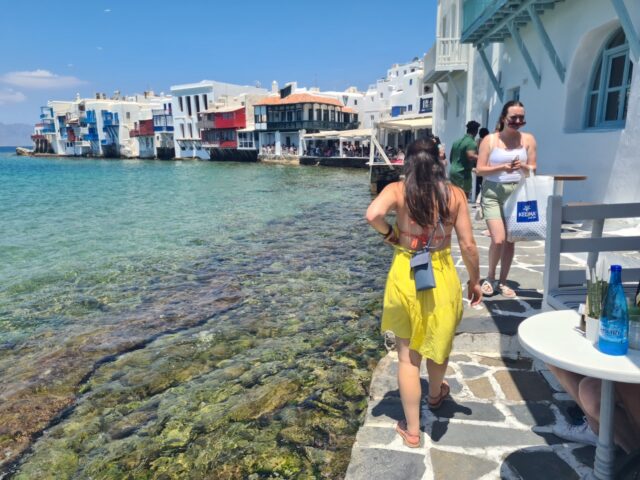 Where do we start? We’re not big fans of on board entertainment, so instead we made good use of the cinema and watched several new films while at sea. There was also a well-equipped gym on board, with a decent sauna and steam room, to help balance out our near constant eating.

Our room was comfortable, and there was a lot of choice from both the buffet in the Windjammer Cafe and the Minstrel Dining Room, where it was a more formal dining affair. We paid just over £600 each for the cruise, which is excellent value considering all the places we visited and that you can have a nibble whenever you fancy it. We found the drinks weren’t too expensive (we didn’t buy a drinks package), but they do allow you to bring two bottles of wine on board. This is something we neglected to do, but with hindsight it would have been nice to enjoy them on the balcony one evening.

As for whether my girlfriend enjoyed the cruise, she’s already looking at booking another one for next summer — so they must have done something right!