This year 90 young people received their Duke of Edinburgh Awards Bronze and Silver after completing their challenges, with a ceremony held at the Convent to mark the occasion.

The Governor, Vice Admiral Sir David Steel, as Patron of the Award in Gibraltar, presented the Bronze and Silver Awards to participants in a ceremony attended by families, Award leaders, activity coaches, assessors, sponsors, and amongst others.

The Gold Award recipients received their awards earlier his year during the visit of Prince Edward and Sophie, the Earl and Countess of Wessex.

"What a delight it is to welcome you back into the Convent after three years," the Governor told the Award recipients.

Sir David called those receiving the Award "special people", adding he was proud of them all.

"Nothing gives me greater pride in Gibraltar than being the patron of the Duke of Edinburgh scheme, we were fortunate earlier this summer to receive the Earl and Countess of Wessex, representing of course His Royal Highness, Prince Philip who had passed away a little earlier," he said.

"It is a most magnificent international scheme and what impresses me most is that Gibraltar is at the forefront of that scheme and leads the world in how we participate in the scheme."

The young people receiving their Awards have been involved over the last 18 months in a wide variety of activities geared towards completing the requirements of the Award.

For over 60 years, millions of young people have participated and received Awards globally.

"We have many young people who will receive their bronze and silver awards, and it is really nice to see that we have three of our operators represented here today, the Open Award Centre, Prior Park School and the Scouts Association," Duke of Edinburgh Award Chairman, Dale Cruz said.

"The Award gives young people aged between 14 and 24 the opportunity to experience new challenges and adventures, acquire new skills and make new friends."

"Through non-formal education the Award can play a critical role in a young persons personal development, and is achievable by any young person who wants to accept the challenge."

Mr Cruz said the ceremony was a celebration of the recipients participation in the challenge.

The Award aims to help young people become ‘#WorldReady’ via non-formal education, and is comprised of four sections.

The Voluntary Service section intended to develop a sense of community and social responsibility, the Adventurous Journey aims to cultivate a spirit of adventure and discovery and an understanding of the environment, the Skills section develops cultural, vocational, and practical skills and the Physical Recreation section encourages improved performance and fitness, and the Gold Award has an additional section, the Gold Residential Project, which sees participants undertake some form of purposeful enterprise whilst living away from home for a week.

To complete the Voluntary Service requirements the young people have, amongst other things, been assisting with animal welfare, helping at various charities, first aid activities with St John Ambulance, dog walking, sports coaching and officiating, conservation and environmental work and, assisting at the Cancer Relief Centre, church upkeep, as well as other activities.

For their Skills they have learnt about art and design, bible studies, chess, cookery, drama, online gaming and cybersecurity, learning other languages including sign language, playing musical instruments, photography, and other pastimes.

All have completed a physically challenging expedition as part of the Adventurous Journey requirements and this has seen them hike a minimum of either, 24 km (Jimena de la Frontera/Sierra de Grazalema), or 48 km (Sierra de Gredos) depending on which Award they are receiving.

The recipients have also been heavily involved in sports.

All these varied activities require the support of a small team of dedicated volunteer Award leaders who make all the arrangements and take the participants on their adventurous journeys.

The Award’s Trustees thanked the countless volunteers who give their time to teach, supervise and assess the young people in their chosen activities.

Many of the recipients have already commenced their activities towards their Silver and Gold Awards and the Award leaders have wished them every success for the future.

The Award's Trustees thanked The Governor, for allowing the Award to take over his home for the ceremony, and his staff for working towards making the event a success.

Anyone interested in becoming involved be it as a participant, leader, supervisor or wish to contribute financially or otherwise please contact the National Director, Michael Pizzarello, on 20051971 or, email michael.pizzarello@thedukes.gi, or visit the website: www.thedukes.gi 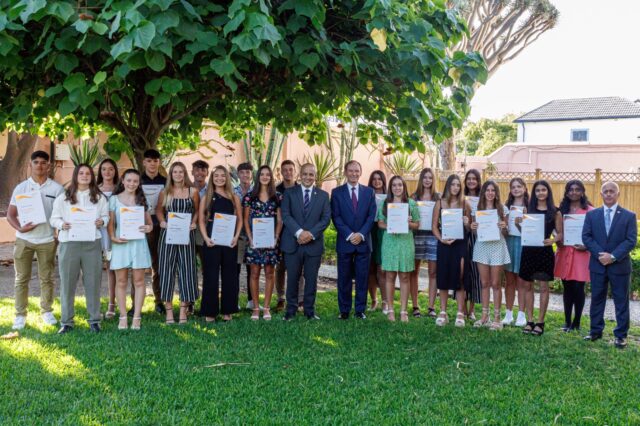 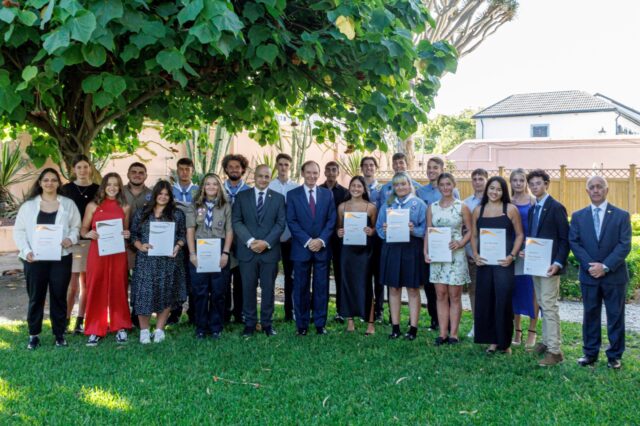 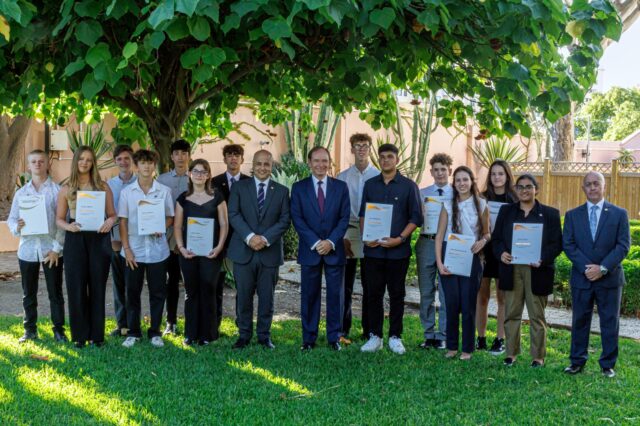 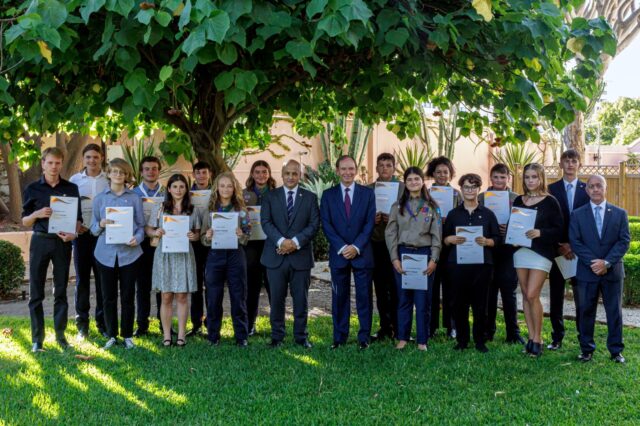 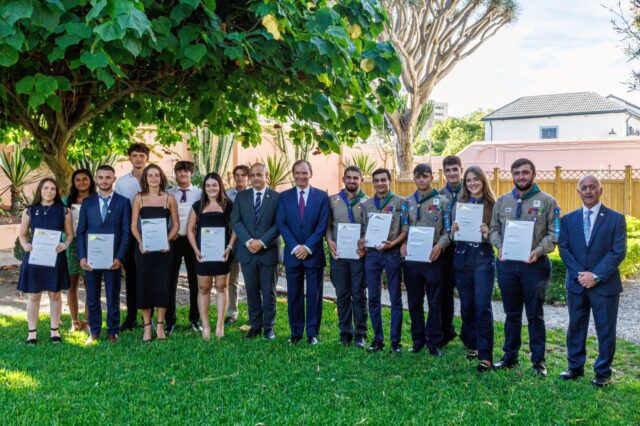