Four Royal Air Force Gibraltar personnel, from British Forces Gibraltar, were presented with medals this week in recognition of the work they do in support of worldwide operations.

In a break to the normal presentation ceremony due to Covid-19, Commander British Forces, Commodore Tim Henry, presented the recipients their awards in a socially distanced event in his office.

This was live streamed via the video chat app 'Zoom' to allow family members, friends and colleagues to share in the moment. 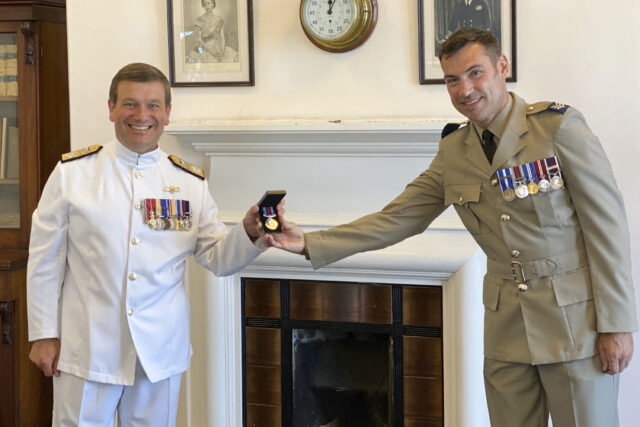 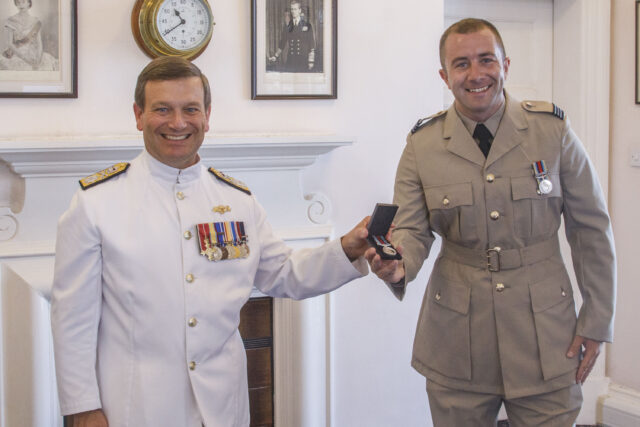 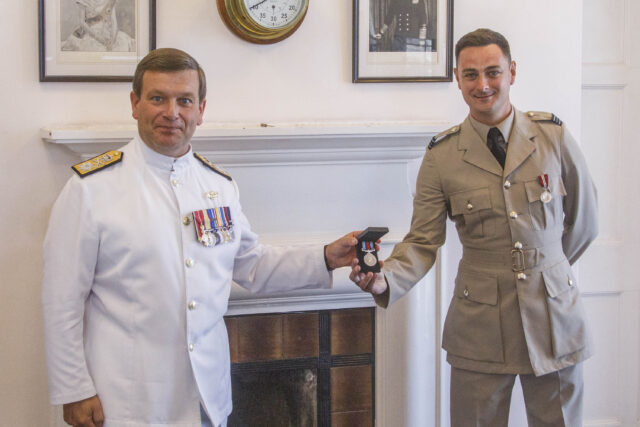 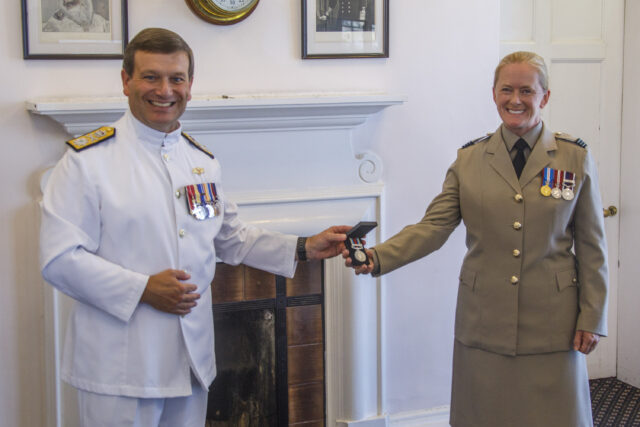 "This is an incredibly special moment. It is a chance for us and our nation to thank these individuals for what they do," Commodore Henry said.

"It is Her Majesty who approves the design and recipient criteria of each medal and so these individuals should feel very proud of that.'