On the first day’s play, Gibraltar’s A team matched up against the visitors.  Adam Newnham managed an excellent win against Edmonson, a multiple Veteran champion, whilst Patrick Nerney also won his match against Sam Balsden.  Victories for the GB team against Justin Chipolina, Mike Da Silva and Charmaine Da Silva meant that Gibraltar would need to win the other two games.  Two tight matches for Michael Hernandez and Paul Bosano both went to the final game, with the visitors ultimately winning a 5-2 victory on the night.

The Gibraltar B team lined up on the second day to take on the visitors.  A strong start for the visitors saw the GB team take a 4-0 headstart with comfortable wins for Goy, Francis, Balsden and Woodward.  This left the top three strings needing to battle for Gibraltarian pride!  First on was Dave Scothern against Ian Bradburn.  The players exchanged games to 2-2 and set up a tightly fought decider.  With neither player wanting to let the other player win, the game went to 10-10 before Scothern managed to win the final 2 points to take the game for Gibraltar.  Chris Dunckley then faced Stephen Edmondson in the second string game.  A quick first game saw Dunckley take an early lead but Edmondson upped his game in the second to take it to a tie break, but lost it.  Dunckley took the third to win the match.  Finally Christian Navas took on Allen Bartwise in the top seeded draw.  Navas took a comfortable lead 2-0, before Bartwise pinched the third in a tie break to make the game 2-1.  Navas was simply too accurate and too strong for the more senior Bartwise and closed the final game out for another Gibraltar win.  The GB Vets won the challenge match 4-3 and took the overall trophy.

With the combination of the excellent squash, superb facilities and great evenings out sampling Gibraltar’s nightlife, the Vets will be returning for the Gibraltar Masters tournament on the 12th-14th May alongside other top players from across the continent. 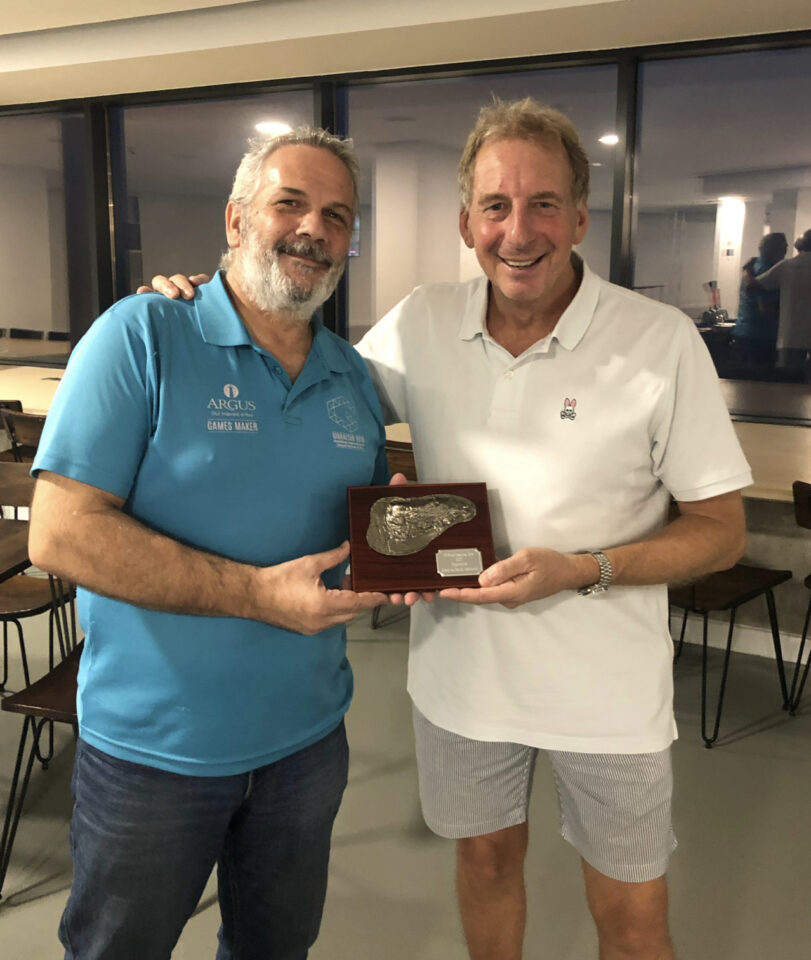