Gibraltar Cricket has announced its first international squad since 2019 as it prepares for its participating in a Tri Series in Portugal next week.
The squad will be facing Portugal and Malta next weekend. For Portugal this will also be their first international since 2019. Malta have since played in a Tri-series against Austria and Luxembourg last summer.
Gibraltar’s squad will be led by Gibraltar Cricket Development Officer Paul Edgeller, his first series with the national squad.
Although unable to play competitive matches on the Rock whilst Europa Sports Complex main field awaits final completion for cricket, the team have been training hard, mostly away from the public focus.
Gibraltar Cricket continues to be hoping that the completion of Europa Sports facilities will see the return of international cricket to the Rock, especially now at a time when there has been additional interest in the sport through its development programme. 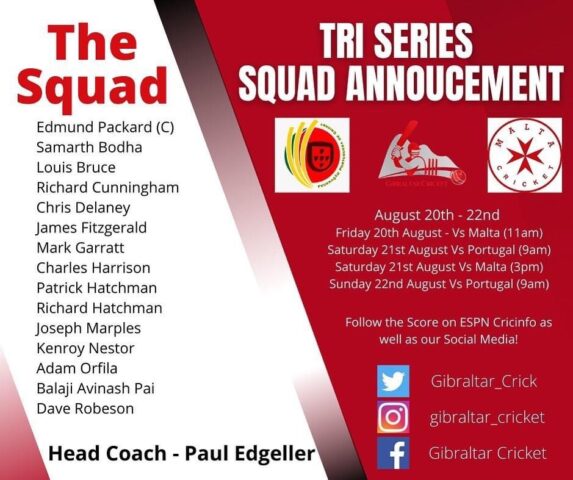