Ian Halliwell, the CEO of the Cairns Cup, returned to Gibraltar last week to present members of the Gibraltar Disabilities Golf Team with their representative shirts for the Pro-Am golf tournament at the Shire Golf Club in London in May 2022.
The Cairns Cup is Disability Golfs’ Ryder Cup equivalent. It is held biannually and it is anticipated that the 2030 event will be held locally at the San Roque Golf Club, with Gibraltar acting as the host city. As part of the Cairns Cup legacy, the organisation is already actively involved with athletes here in Gibraltar, donating equipment to help promote the game among disabled youngsters.
A team of 3 golfers will represent Gibraltar in the events leading up to the competition in May. Halliwell said “by involving some of the islands’ youngsters in their first event, we hope that this will actively increase the involvement of youngsters on the rock and help with the promotion of golf as well. Golf can be a considerable therapeutic aid to those involved and who knows, one of these athletes may well go on to represent Europe at a subsequent Cairns Cup. That is my sincere hope.”
Halliwell met with two of the players, Julian De Las Heras and Nicholas Payas, and their families at the Eliott Hotel, to discuss the event and to be updated by coach Andrew Ramage on the success of the equipment already in place on the rock. Mr Halliwell also presented the athletes with a copy of his book THE SOCIAL GOLFER. - A.R. 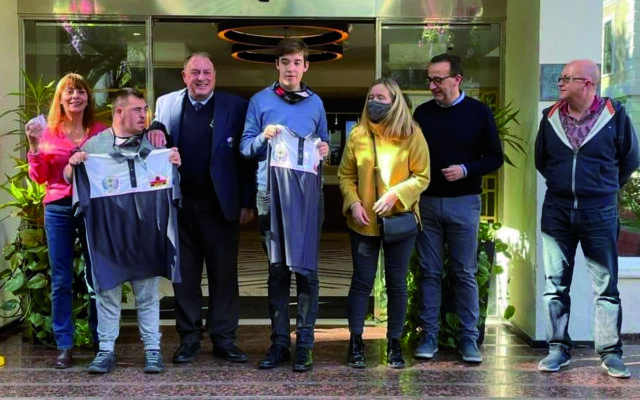 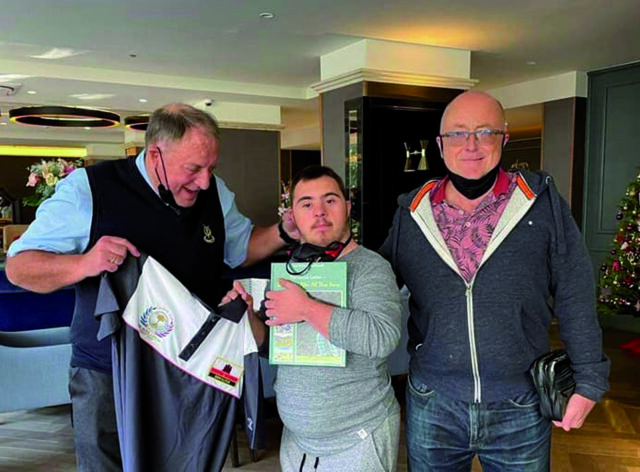 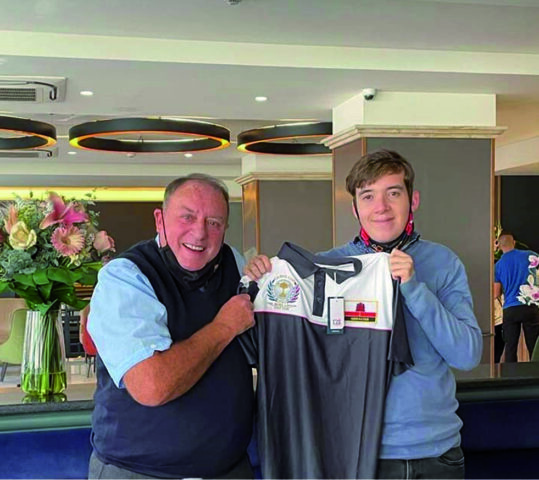