On the day easterly winds sometimes exceeded 30 knots with a large number of boats docked at Tanja Marina Bay.

The money raised from the event will be donated to the Red Cross.

As the yachts tied up they were greeted with a traditional group of Moroccan drummers. Moroccan and French TV cameras were there to record the first ever arrival of the Gibraltar - Morocco Yacht Rally at the brand new Tanja Marina Bay installations.

The fleet made national TV evening news in France and Morocco. 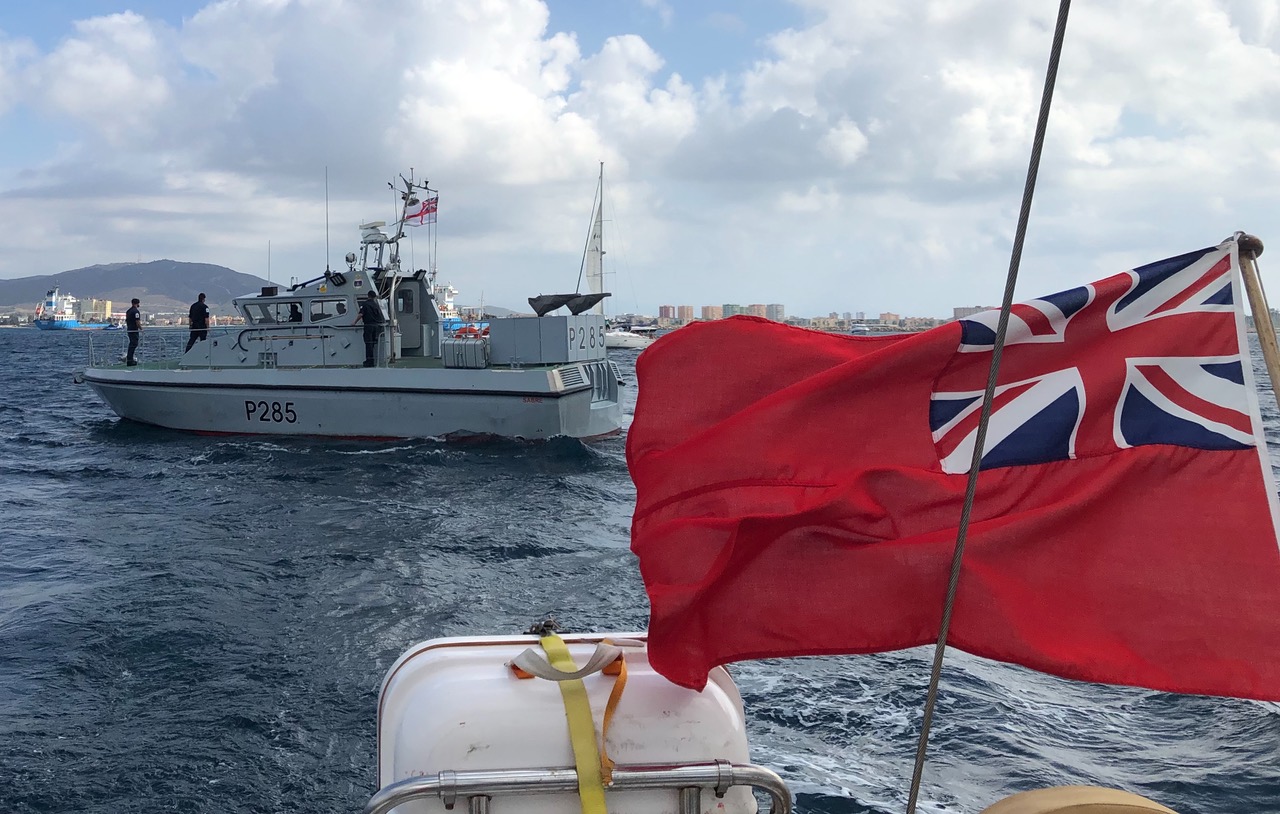 Representatives from the two headline sponsors Alcaidesa Marina and Tanja Marina Bay were at the dockside to welcome the weary sailors.

On the day of arrival the yachts were welcomed by a champagne reception except that this year instead of holding the reception on the pontoons they were provided with a fine hall at the Royal Tangier Yacht Club.

This was an opportunity for the crews to get to know each other better and for the organisers to layout the activities for the weekend.

All those participating were invited to a four hour free sand buggy excursion in the pine forests that overlooked Tangier Bay where they had a picnic.

The next morning a walking tour of the new Tangier Port area and the souk was laid on for the participants.

In the afternoon half the group disappeared into the ‘bundu’ on the buggies. During this time the organisers, Boatshed Gibraltar, were preparing for the prize giving, auctions and raffles.

“The participants convened, in extravagant fancy dress, at the ‘El Chiringuito’ restaurant for a magnificent dinner hosted by Tanja Marina Bay,” said a statement from Boatshed Gibraltar.
“Encouraged by the auctioneer and superb atmosphere the purse strings were generously loosened and we are confident that our target, to be announced later, was achieved.”

Most of the boats departed on the Monday, after the weekend but a few, knowing that a westerly would blow on Tuesday and carry them back to Gibraltar, opted for another day in Tangier.