The Gibraltar U21 faced a second consecutive defeat by 4-0 at the hands of Switzerland, this time though on home soil in-front of a small crowd.
Just days after they had returned from their first defeat in Switzerland Gibraltar once again faced the Swiss Under 21 under the hot evening sun at the Victoria Stadium. The match was not a one-way traffic throughout as the first encounter with Gibraltar had been. This time managing to stall Switzerland in the second half.
Starting with some confidence Gibraltar reduced the number of chances for goal Switzerland created in the first half. Although the Swiss had most of the possession some extra bite in the tackles and a more focused approach to their defensive roles saw Gibraltar hold out until the 23rd minute of the match without conceding.
Once again Jaylan Hankin was to perform some outstanding acrobatics, saving Gibraltar from what looked like certain goals.
A 43rd minute goal was to prove a blow to Gibraltar who up to then had held up well. However, it was the lack of energy in clearing what was a danger play down the wings that led to the second goal.
Gibraltar did have their chance with the Swiss keeper beaten on the jump and a header lobbed over him. However, with no-one to ensure the ball was pushed in the defender found it easy to chase down and control and clear his line.
The second half was to see Switzerland start offensively. After holding on, Gibraltar found themselves steering more into Switzerland’s half with the visitors having fewer opportunities at goal.
It was not until the latter minutes that Gibraltar seemed to deflate in their play and started to fall back deeper into their half.
Some lacklustre marking in the centre of defence had Jaylan back in action again. However, he was unable to do much when Switzerland struck twice in the 85th and 89th minute to walk away with a 0-4 victory.
Although defeated, Gibraltar’s performance was an improvement from Friday’s defeat in Switzerland. Tighter at the back with greater focus in their play Gibraltar showed greater confidence on home soil, although still very much playing on the backfoot throughout the greater part of the match. 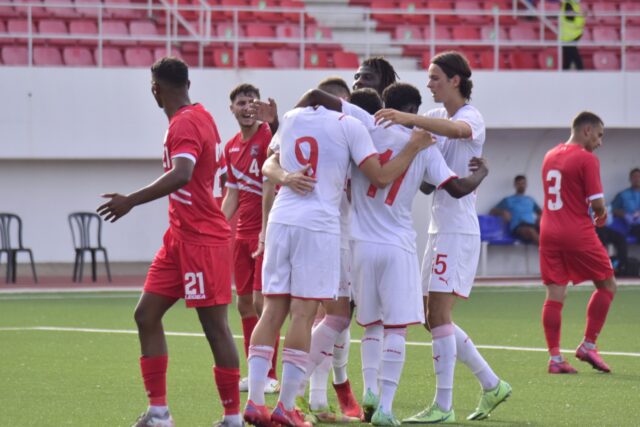 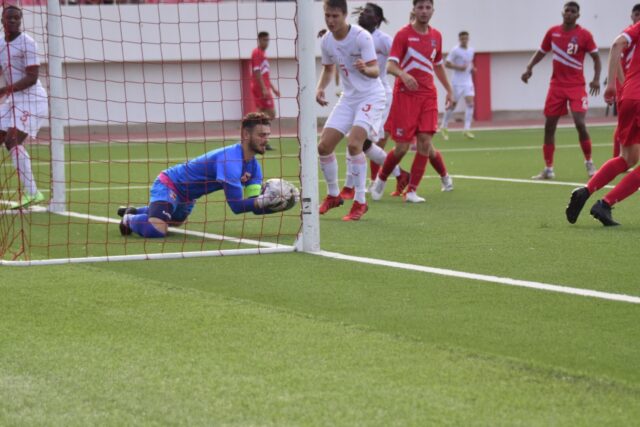 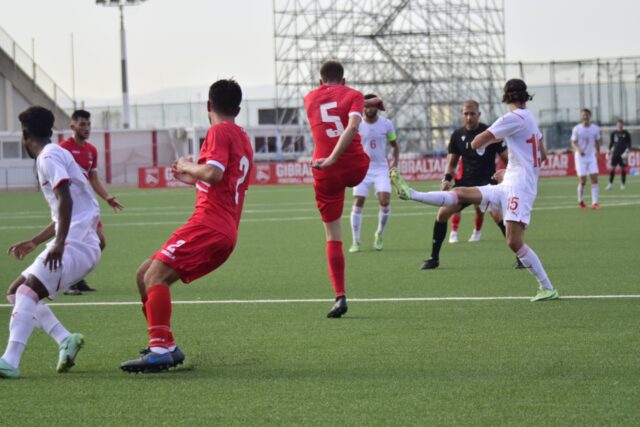 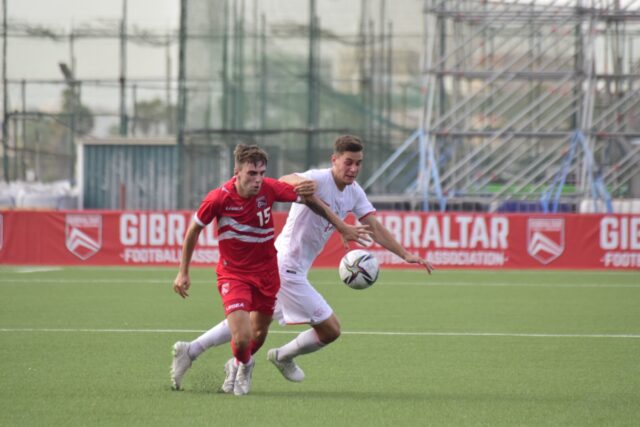 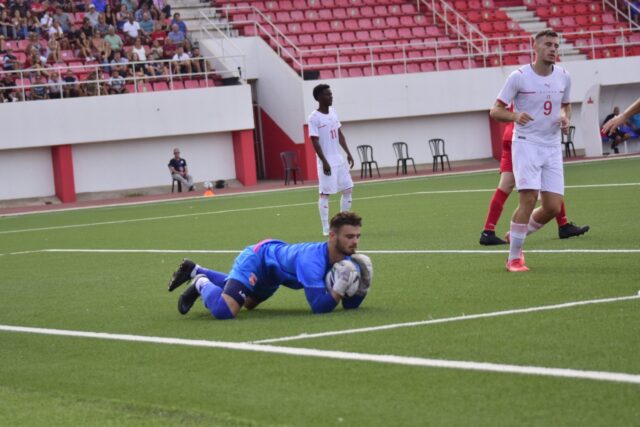 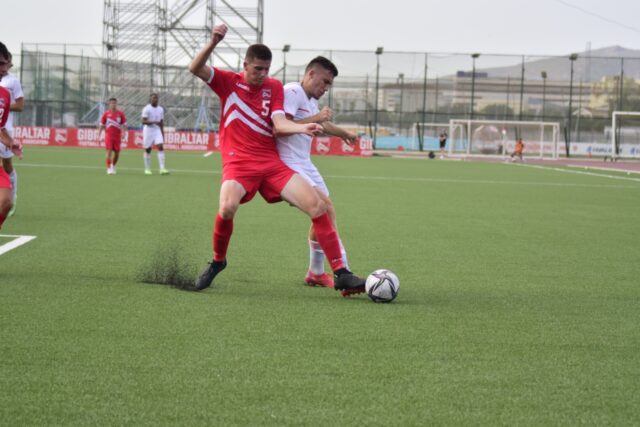 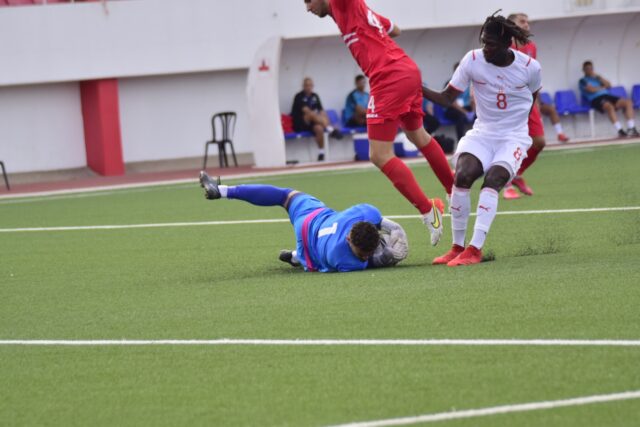 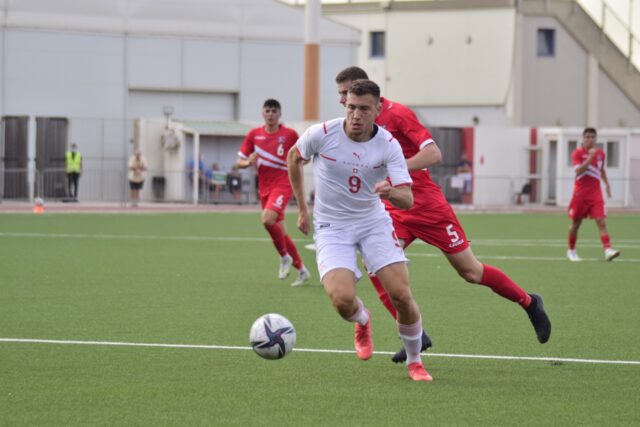 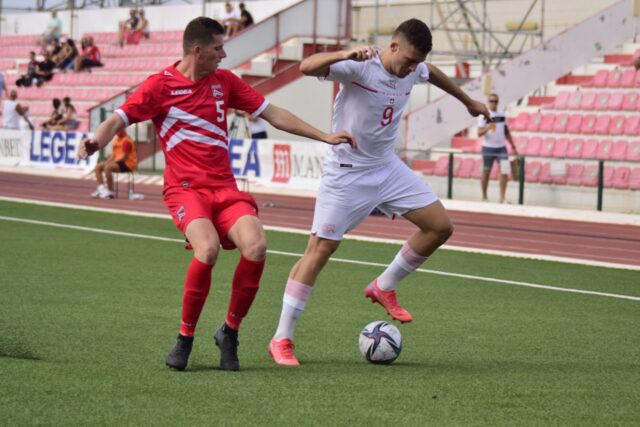 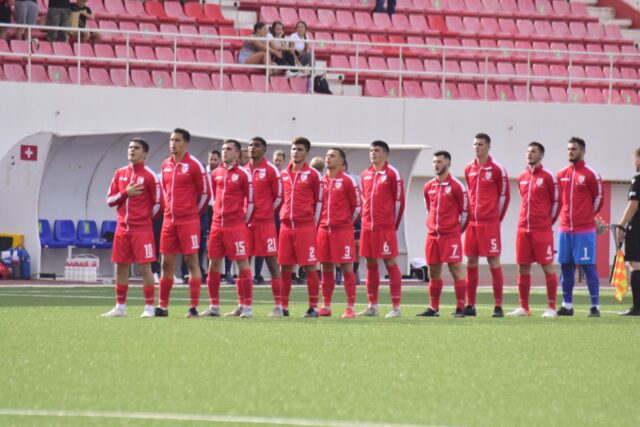 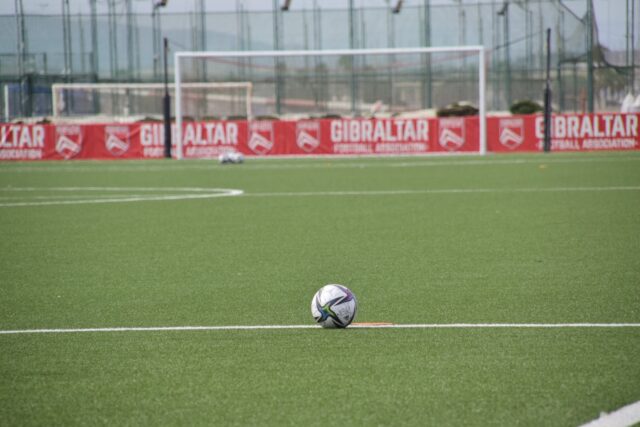 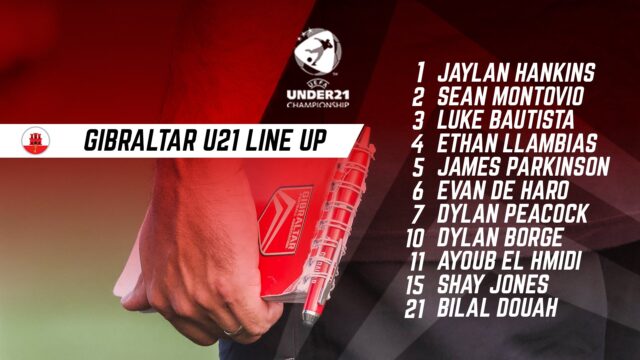