The match which everyone had been expecting was to close the first day of Euro hockey Men's championship III with Gibraltar playing Turkey.
The stands started to fill up as the players warmed up providing a more vibrant atmosphere than had been seen in the previous three matches.
After seeing Lithuania go down 11-1 both Gibraltar and Turkey knew that they needed the points if they were to have any chance of going into the next round among the top sides. Switzerland showing already that they meant business.
Gibraltar presented a squad with a mix of youth and experience. The likes of Henwood, Rammagge brothers and Silva providing an experienced backbone with youngsters such as Clinton and Valarino entering the fold.
A two thirds filled hockey stand greeted Gibraltar as the national anthem was played.
Slowly the stand was to fill up as supporters arrived in what was a hot summer's day.
Turkey started by taking the match to Gibraltar. This was expected to be the tightest of the four matches to be played this Sunday. Both teams at a similar level Gibraltar took the first couple minutes to settle in before they put on their first bit of pressure.
Gibraltar played deep within their half in the first five minutes absorbing the pressure, but also risking an early Turkish goal.
A great save by keeper and the ball cleared off the line by Henwood saving them from conceding in just eight minutes.
With six minutes left on clock Gibraltar were awarded short corner in their first real advance.
The short corner saved by the keeper with the rebound shot going wide. Within minutes Gibraltar launched another quick attack and with players in front of goal Eric Casciaro scored Gibraltar's first.
The momentum was now in Gibraltar's favour. Turkey now on the back foot were starting to find themselves penned back. Their attacks rushed and favouring Gibraltar who look more composed and following a game plan. Gibraltar having played Turkey last summer ad knowing they were a physical team that would pressure them from early on.
The stands now nearly full saw a second quarter start with Gibraltar sticking to their game plan. Frustrations among Turks soon saw a green card appear as Gibraltar launched a quick attack only to be stopped.
Gibraltar were unlucky not to get a second after the umpire called a foul in front of goal against them. They were, however, now breaking quickly and in numbers putting the pressure on Turkey.
Pressure up field forced Turkey into mistakes as Gibraltar kept them high up the field during the better part of the second period.
Gibraltar found themselves carving a path,to Turkey's twenty-five yard line, but with few chances at a shot.
A well struck pass across peak by Silva saw the ball delivered to Julian who was unfortunate not to see his combination with Guiling end in a shot.
Turkey was to see a yellow but within seconds so did Gibraltar as the umpires kept their stamp on the game with forty seconds to go Gib had a chance.
The first half finished 1-0 in favour of Gibraltar.
The third quarter was to prove to be a thriller as Gibraltar took the game to Turkey on quick breaks. The pressure paid off as Shane Rammage scored Gibraltar’s second. Gibraltar having been threatening the previous minutes to score.
Turkey tried to take the game to Gibraltar but were getting caught out on the break.
In one such chance Julian Hernández cheekily flicked softly through the outcoming keepers legs for the third.
Turkey were to pull one back when in one of their attacks their forward was brought down. The third quarter ending 3-1 in favour of Gibraltar.
Gibraltar found themselves absorbing some of the pressure from Turkey as they tried to reduce margins.
It was Gibraltar who were to score with Hernández striking the fourth in. Within minutes López struck the fifth leaving Turkey just four minutes to reduce the score.
Gibraltar now had the game won and for the next few minutes absorbed the pressure. Keeping calm they took their opportunities to go forward whilst maintaining their lead secure. Gibraltar winning 5-1 in their first game. 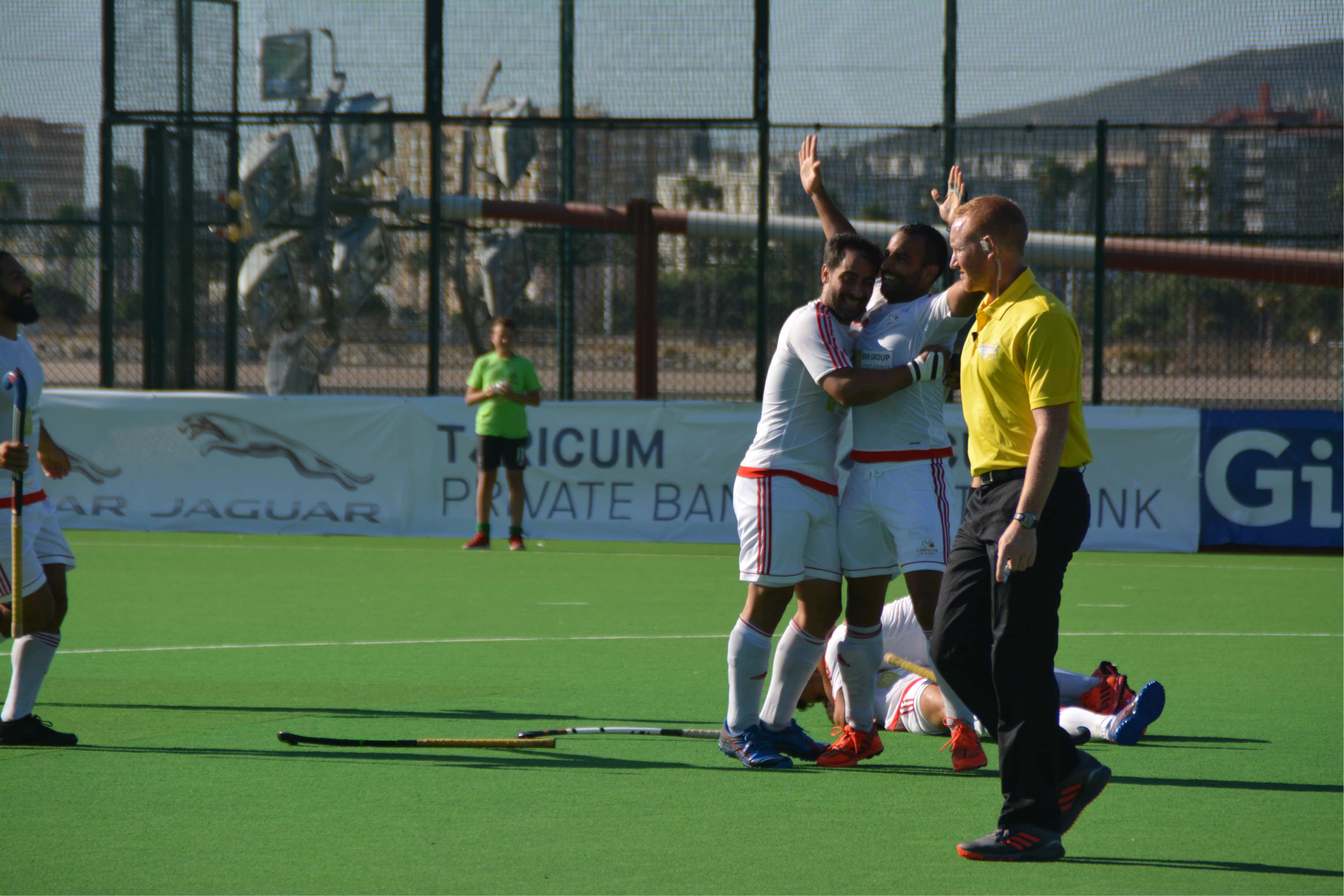