The wreck of the OS 35 could be completely removed from opposite Catalan Bay by the end of May next year, according to an indicative timeline for the operation.

QBE Europe SA/NV, the shipowner’s P&I insurer, has invited tenders from specialist companies for the wreck removal and expects to select a bid and present it to the Gibraltar Port Authority for approval by the first week of November.

A key element will be the methodology and timelines presented by the winning company, which will be contracted by the insurer on a “lump sum” basis and will have to meet deadlines.

The process of removing the wreck will be dynamic, however, and will depend in large part on the impact of the weather on operations.

But even factoring in weather disruption, the GPA and the insurer, who are working closely in planning for the wreck removal, believe the operation could be completed by May 30, 2023, and ahead of the bathing season. 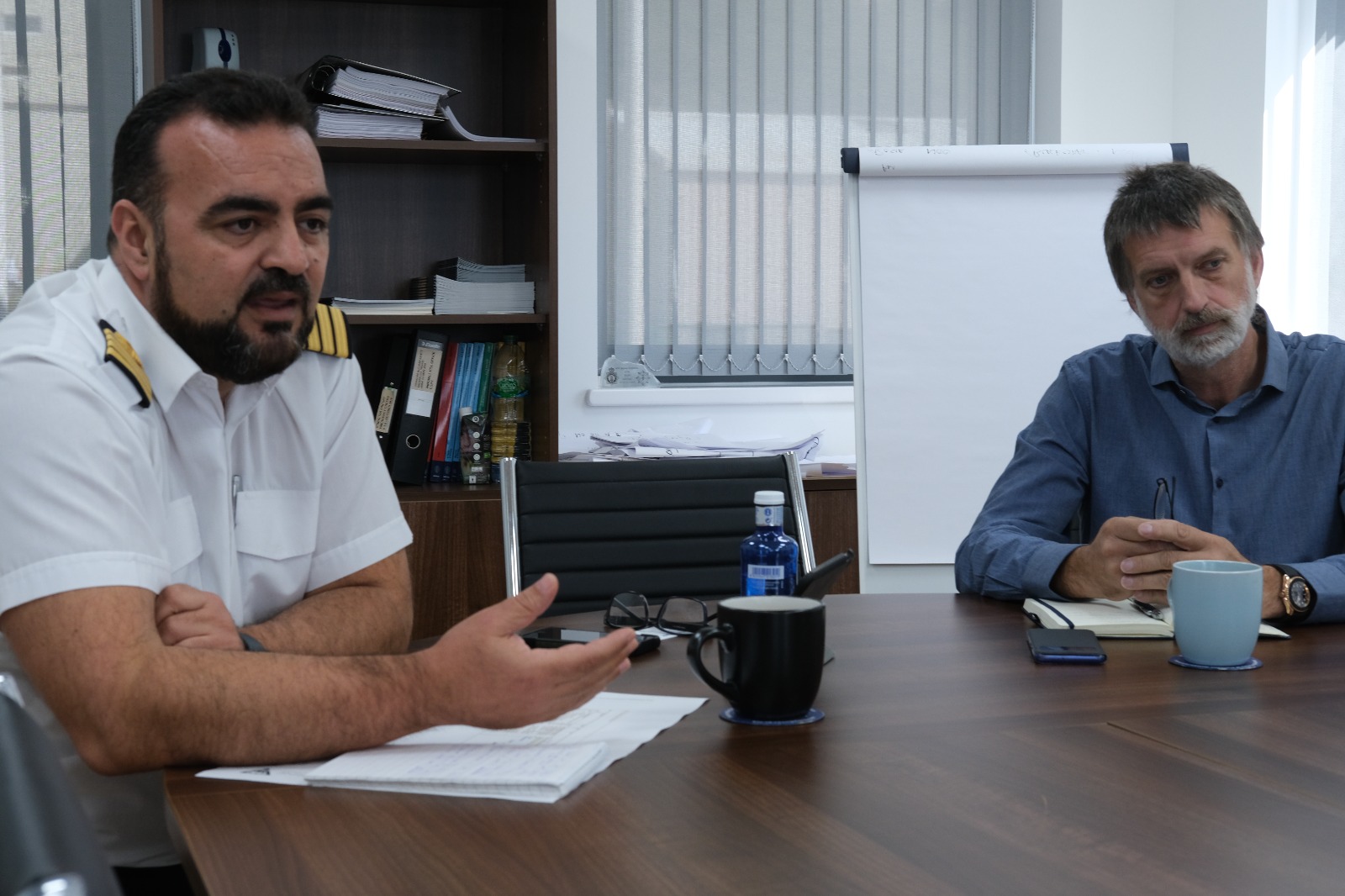 Earlier this month the vessel’s owner, Piraeus-based Oldstone Cargo Ltd, was served with a Wreck Removal Notice by John Ghio, the Captain of the Port.

The notice requires that the wreck – including its cargo and all other items on board - be removed by the owner in a “proper and timely manner” by May 30 next year.

The removal operation must be carried out with safety and environmental protection at the forefront, and in line with relevant legislation.

The wreck notice also provides for the port to recover the cost of responding to the OS 35 casualty from the shipowner or its insurers, in line with local legislation and the Nairobi International Convention on the Removal of Wrecks, which provides the international framework for these situations.

At present, the vessel in the hands of Resolve Marine, the company that oversaw the salvage response.

Work on the wreck continues, including pumping out any accessible residual pockets of oil that remain on board and stripping the inside of the vessel before it is handed over to whichever company wins the removal bid.

Once the winning bid is selected and approved, the removal phase will commence and the contractor could have assets in place by the end of November, early December.

The exact detail of the operation has yet to be confirmed but will involve removing its cargo of steel rebars and cutting the ship up on site.

The vessel is currently on the seabed after it was flooded by salvors to stabilise and protect it from rough weather.

That tactic appears to have worked, with the hull now firmly sunk about 1.5m into the sandy seabed.

The rough weather a fortnight does not appear to have damaged the hull further, although it forced out some of the trapped oil on board, some of which washed ashore both here and in Spain.

The stern section of the vessel should retain some buoyancy if the vessel is emptied of water and there is a possibility that at least sections of it could be floated away from the site during the removal operation. 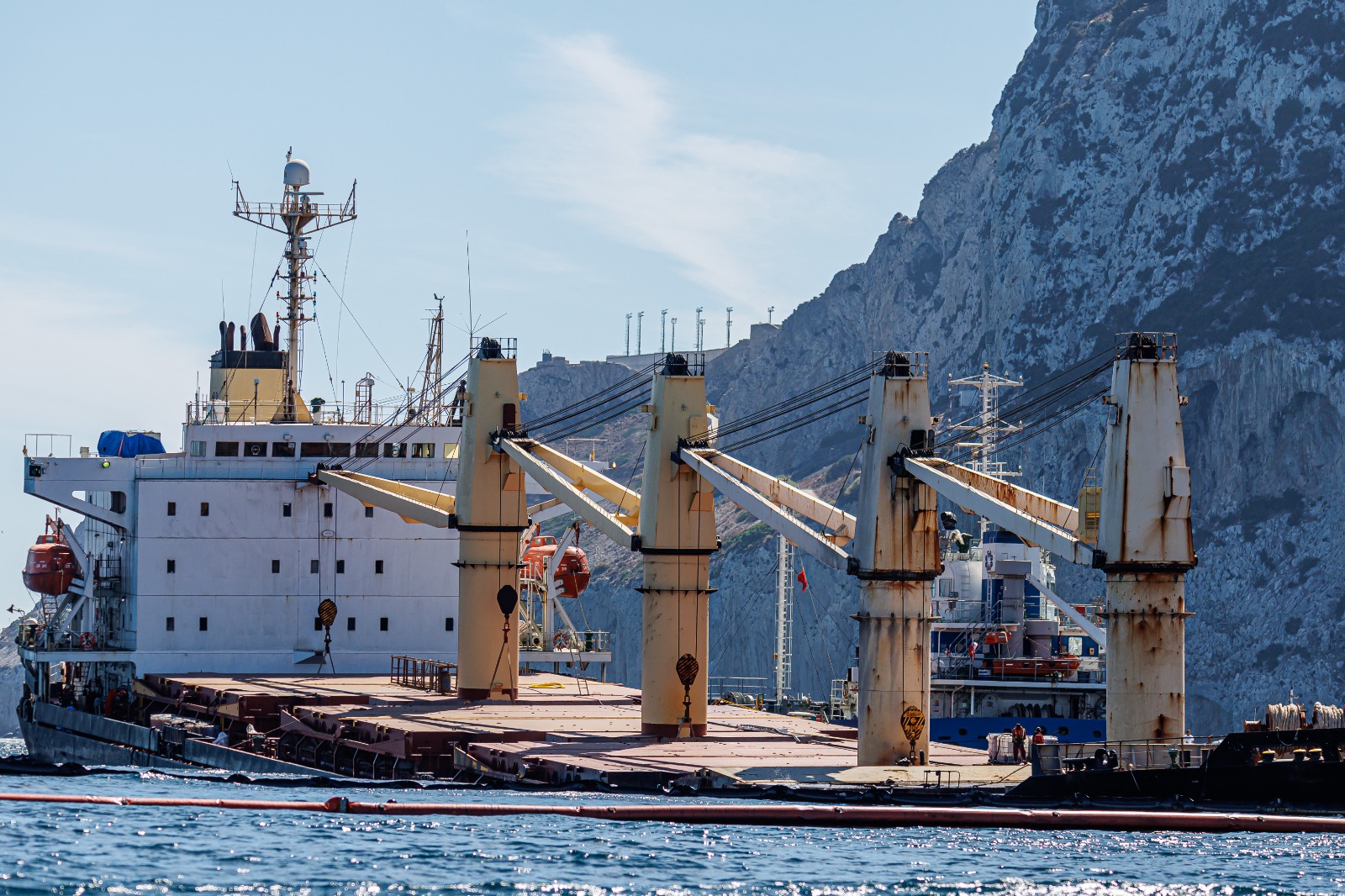 Over the coming weeks, engineers from the bidding companies will assess the wreck to draw up different strategies as they prepare their plans to submit to the insurer in stage one of the tender.

The removal operation cannot proceed until it is approved by the Gibraltar Port Authority, which is being advised by an experienced independent salvage consultant, Eric Houtteman.

The Captain of the Port on Thursday briefed residents of Catalan Bay as well as the press and the Spanish authorities, who have assisted throughout the response to the OS 35 grounding.

“Whilst the precise methodology for the removal of the OS 35 and its contents has not yet been established, this preliminary schedule is an important development in the operation,” Mr Ghio said.

“It confirms the intentions of the owners and their insurers to comply with the deadline and conditions specified in the Wreck Removal Notice, and allows them to proceed with the important ‘invitation to tender’ process to identify and select a contractor with the expertise necessary to safely and efficiently remove the wreck in the safest way possible and in a manner that protects the marine environment as far as possible.”