Invitation to the Dance

The penultimate time Philharmonic Society founder Karel Chichon conducted the European Symphony Orchestra in St Michael’s Cave, Prime Minister Cameron was comfortably assuring his supporters that the United Kingdom would vote to remain in the EU. Much has changed since then, though Maestro Chichon seems to retain his love of Tchaikovsky and traditional Spanish melodies, which he combined in a dance-themed programme.

After an unlisted playing of “God Save the King”, we were treated to the Waltz from Swan Lake, effectively the party music from Tchaikovsky’s first ballet. The tempo was fast, the percussion was bright, and the finale was well trumpeted, an escapist flight to fairytale castles. 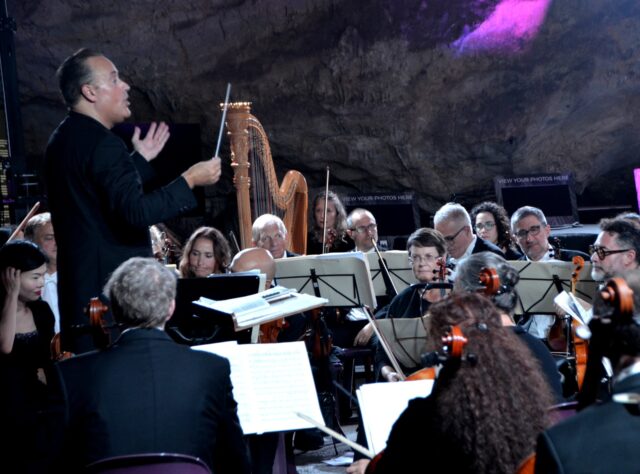 Those tragic swans were followed by Stravinsky’s “Firebird Suite”, taken from another magical avian ballet, whose happy ending might have suggested a joyous uplift. Chichon’s visceral reading of the 1919 Suite was nothing like this, instead resembling a Dvořák tone poem adapted from a John Carpenter horror score. During the more dissonant sections, I couldn’t help picturing Persian drones crashing into Kyiv, while the glorious finish felt like a romantic dream of escaping modernity. The orchestra followed Chichon closely through this thrilling journey, filling the Cave’s deepest voids with thunderous power.

“Danzón No. 2” from Arturo Márquez was charmingly toe-tappable, capturing the nervous energy of Mexico in the late twentieth century. The orchestra rode well through the numerous changes in tempo and style, with jazzy riffs on Latin dance tunes. 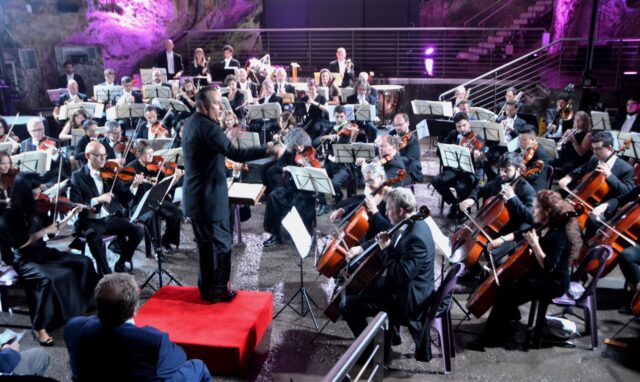 It was followed by Maestro Chichon’s own arrangement of four popular pasodobles into a suite. A brassy theme like “Gallito” describes the performative masculinity of the bullring, but perhaps younger audiences are more prone to picture those binary movements on a ballroom dance floor. “Suspiros de España” was at least more wistful and “Gerona” rather playful, though “El Gato Montes” roused us back towards ritualised cattle slaughter. The aficionados loved it.

The pasodobles led elegantly into Rimsky-Korsakov’s “Capriccio Espagnol”, which did sound as authentically Spanish as that imaginative Russian naval officer might have wished. At times the fine detail of orchestration was lost in the acoustic setting, but the first violin and the trombones enjoyed some lovely flourishes.

I thought the “Tico Tico” encore cheesy, but it was fun close to a concert that sought and achieved a broad appeal. Just what the Ministry of Culture will have wanted.